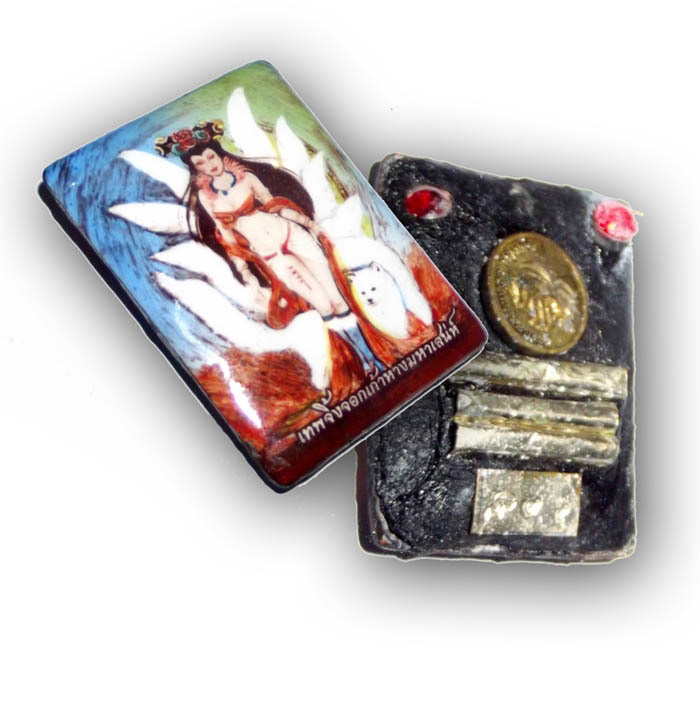 The same powerful Muan Sarn with strong leanings to a high quantity of Ya Wasana Jinda Manee and Powerful Prai Powders, Putsa Pastes and Resinous Musky ingredients. As luxurious as ever, with its various enchantments inserted into their rear faces in all models.

Later in history books like Book of Zhou and story collections like Extensive Records of the Taiping Era, the nine-tailed fox was depicted as a beast of fortune. 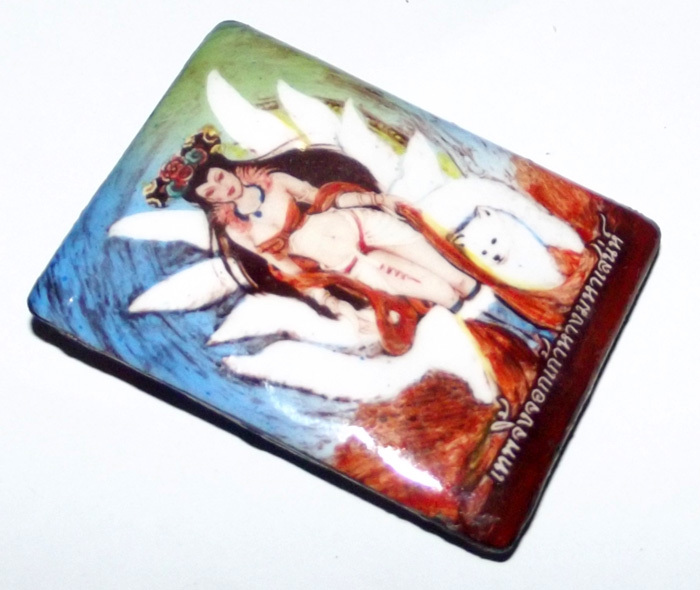 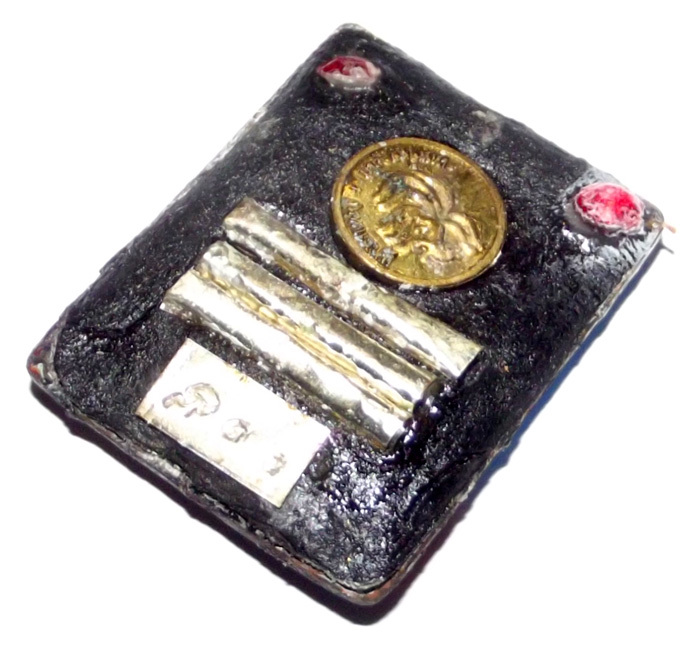 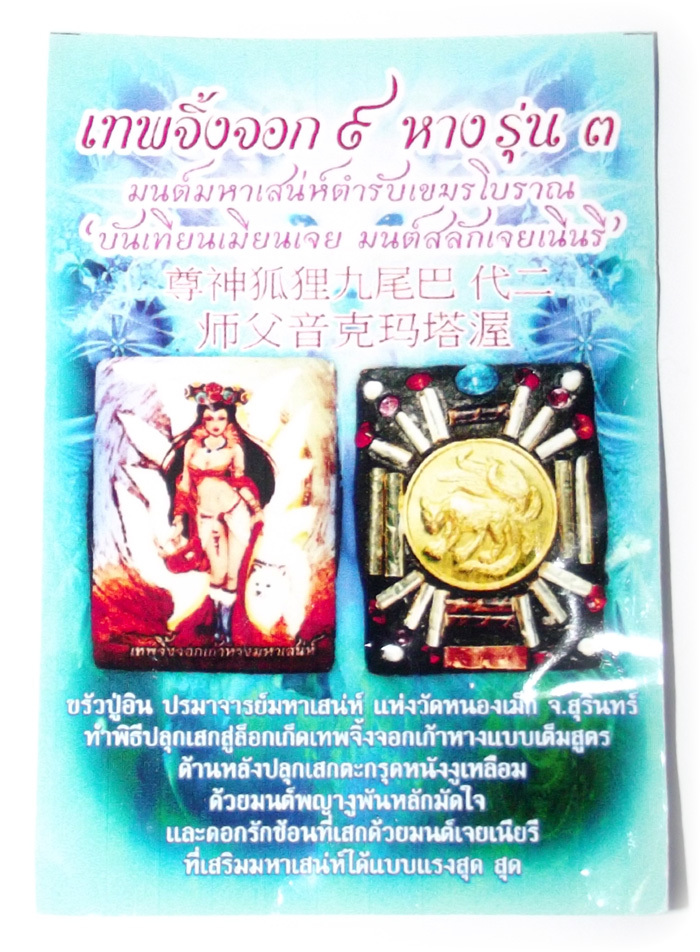 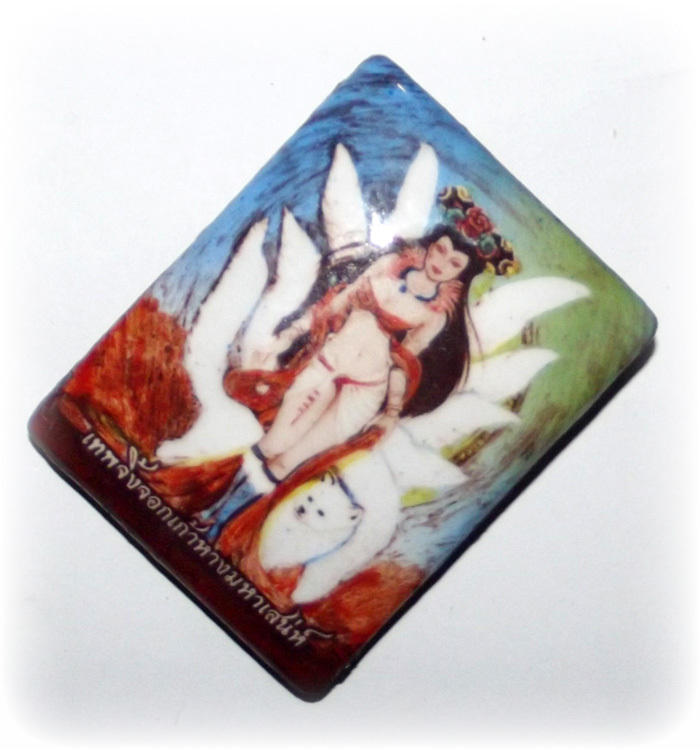 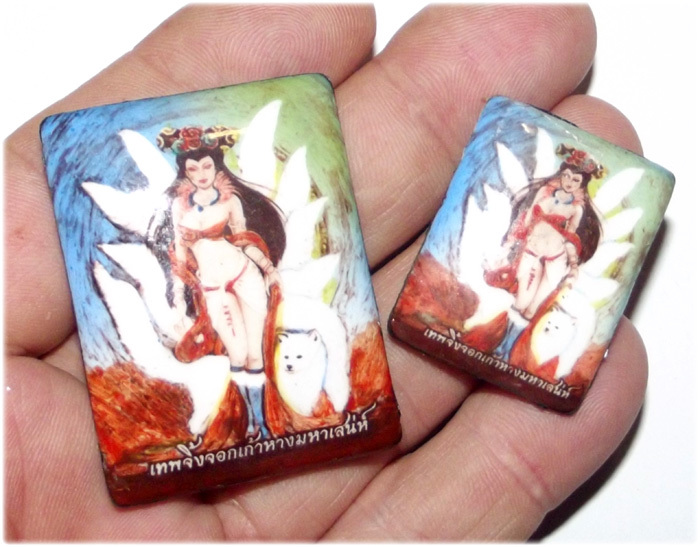 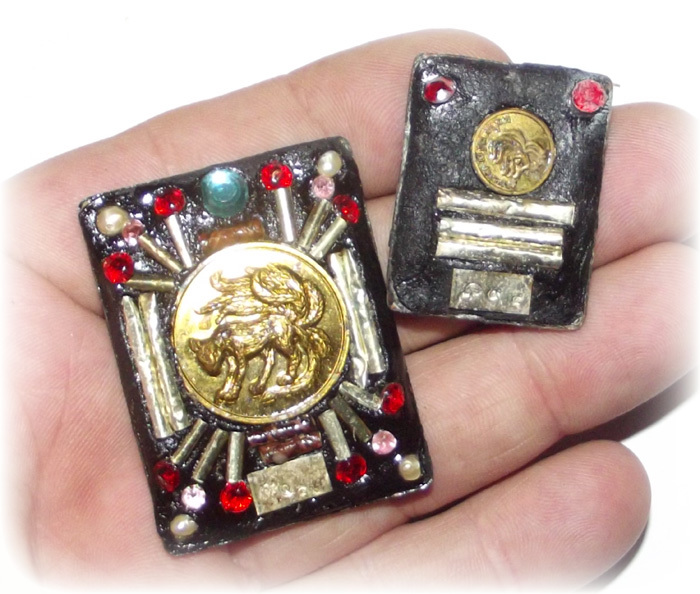 Empowered using Wicha Ban Tian Mian Jia Montr Salak Jia Niaree, one of Luang Phu In's Secret Khmer Wicha which is part of what nakes him the most important member of the Seven Great Masters of Maha Sanaeh. Released in the third offficial edition of Wicha Bantian Mia Maha Sanaeh series, the same year of 2556 BE, after the earlier and sell out second edition of Ban Tian Mian Jia 9 Tail Fox Wicha amulets were depleted, and funds for the furtherances of the temple were still not achieved.

The combination of Nine Tailed Fox with her seductive Power and Extreme Might of Dominion, along with the Nine Tails fox coin on the rear side, and the Pokasap Gems and Takrut, with Great Metta Maha Sanaeh Magic, should provide a Powerful Enchantment Spell that is second to none in Magical Power, Quality of Sacred and Precious Ingredients, Aesthetic Beauty and Originality.

This Small size locket is recommended for Ladies

Luang Phu In's Mastery in the Wicha Maha Sanaeh of the Khmer Schools of Sorcery is now since many years well established and proven with a series of successful Editions of Maha Sanaeh amulets , all of which took the amulet community by storm and were sold out edition for edition as the success of those who used them became so talked about that his powerful Maha Sanaeh amulets could no more be hidden from the eyes and ears of the General Public.