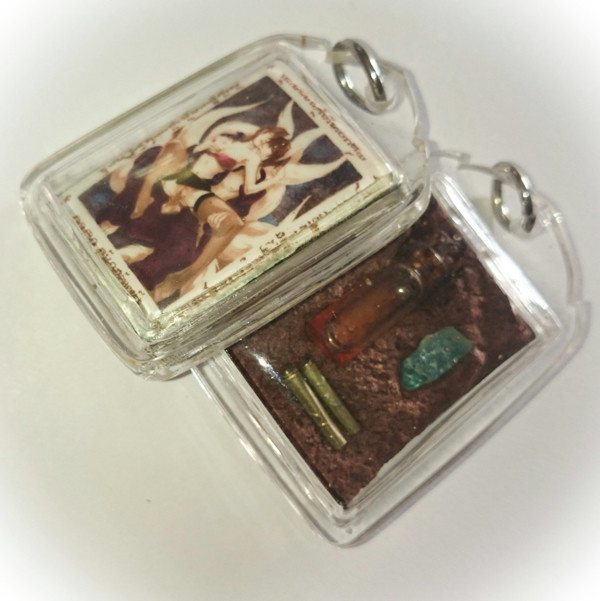 The front face of the locket features an image of the nine tails fox Deva Sitting in and exultant posterior evoking a voluptuous aura of sexuality. Made by the now ageing and long accepted sorcerer, Ajarn Suntorn Phueak Tiang (Putta Sathaan Wiharn Tam), whose magical prowess has gone undoubted, for at least one or two decades already.

A Lay Master of Grand Repute, and whose name has travelled from the furthest regions of the north, to those of the south of Thailand and into other countries of Southeast Asia such as Malaysia, Hong Kong, Taiwan, South Korea, China, Singapore and Indonesia. 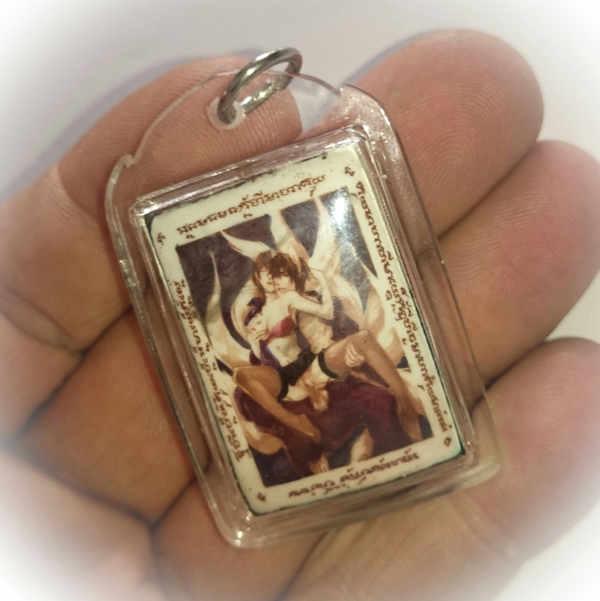 A total of two differing designs were released this edition, both being similar in color and style, but with slightly different postures. One features merely the nine tails fox demoness enchantress, whereas the second model (this model), features the Deity embraced with a handsome man, in the act of seducing her prey. 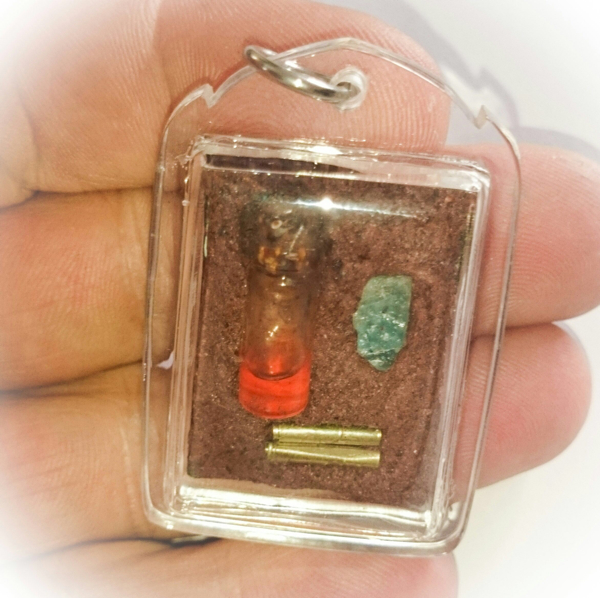 The rear face of each locket, is slightly different with each particular amulet because of the fact, that the master has empowered and inserted the sacred ingredients individually into each locket.

For example, there may be a difference in color of the Ploi Sek Gemstones inserted. Each amulet was individually empowered with the embedding of sacred items, for which reason, each locket has individual idiosyncrasies. 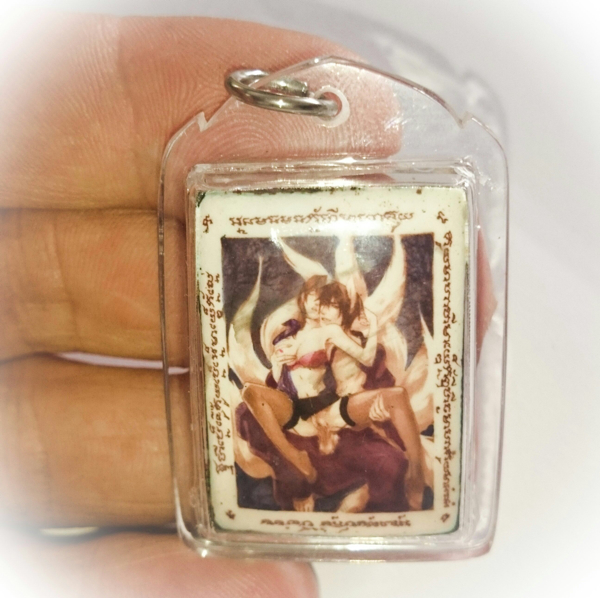 This is of course a good thing because it means that each locket is original and different in its own right, and of course also, because of the individual and empowerment during the making of the lockets which was performed by the Master Ajarn Suntorn Pueak Tiang. 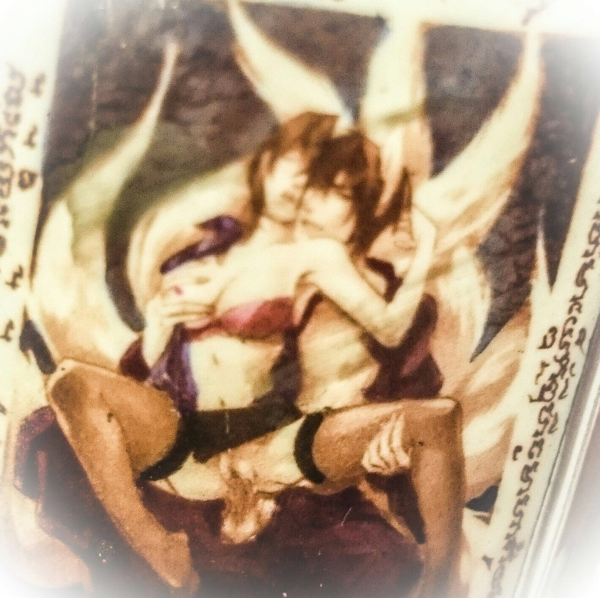 Ajarn Suntorn is one of the latter generation of living lay masters, and is now entering into the status of 'Grand Master' with many decades of practice now behind him 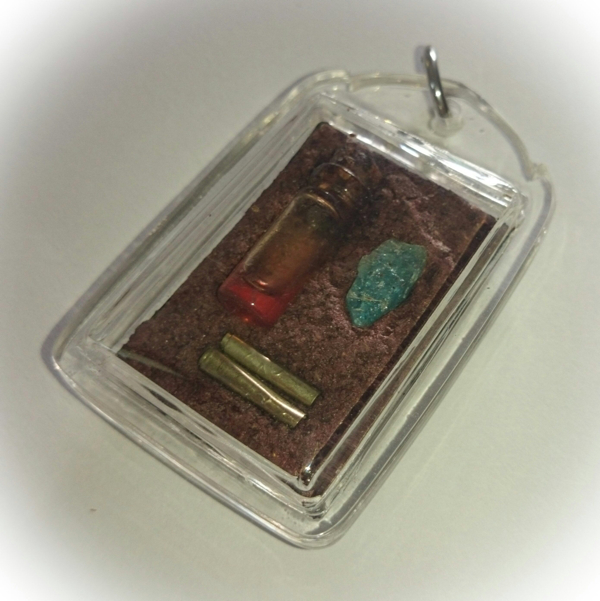 Waterproof casing is included in the price with this Amulet