Ajarn Jiam was born in Rachaburi. He was of a familiy lineage who were from the Hnang Dtalung shadow puppet theatre performing arts profession, and was the son of a father who Ordained as a monk after Ajarn Jiam was born.

His father was called Luang Por Pra Sabai Yanataro. Ajarn Jiam also had agrandfather who was a famous Lay Sorceror of the Province. One day as Ajarn Jiam visited his father at the temple, his father told him that he was sorry he had no material possessions to give to his son Ajarn Jiam, but that all he had (because he was a mendicant monk with no possessions), was amulets, and a Dtamra Grimoire of Sorcery.

His father said that Ajarn Jiam could take his choice, as to which he would prefer to take as his intheritance; Ajarn Jiam took the Dtamra Grimoire, for he was already deeply interested in the study of Sorcery from his grandfather.

His grandfather's Sorceror Name was 'Phu Rit Kong, and was a very famous Sorceror indeed in his time in Rachaburi. When Ajarn Jiam's father, Luang Por Pra Sabai finally passed away, Ajarn Jiam was still young and so he continued to stay on at the temple where his father had stayed as a temple orphan, and eventually ordained as a Samanera Novice Monk.

He helped the senior monks in everything he could in exchange for receiving knowledge and training in Puttakom Buddha Magic, under Pra Ajarn Pathom and also with the Lay Sorceror Hermit Phu Ruesi Putto. 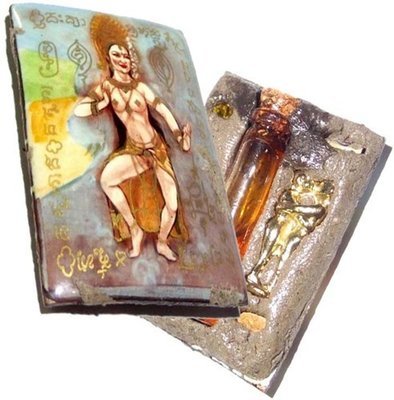 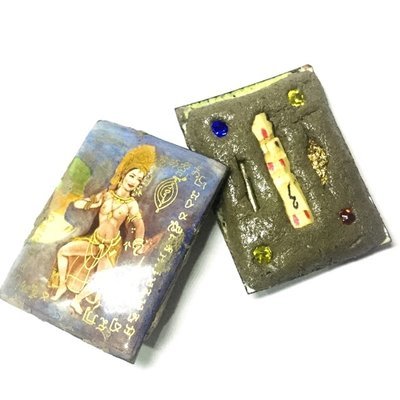 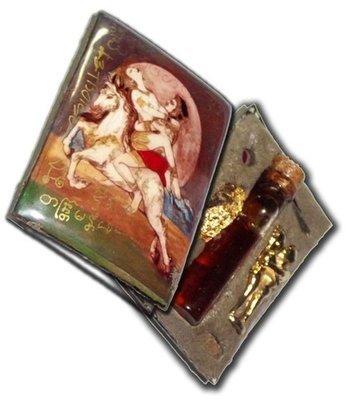 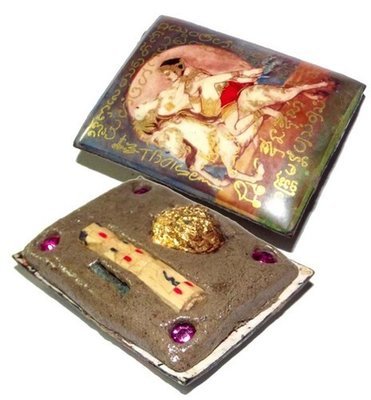