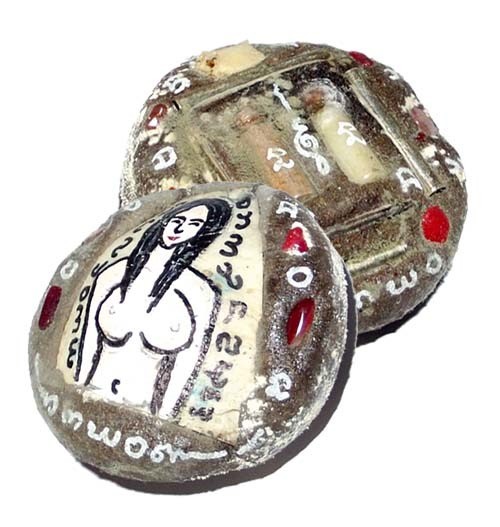 This is a Supremely Rare piece of Magically Active Ban Neng Necromantic Ghost Bone relic. The Ban Neng is the Queen of all Ghost Bone (Chin Aathan) pieces, being considered to come from the most powerful part of the skeleton, the skull and forehead.

This almost never encountered or seen Ban Neng is one of two pieces produced, this being the smaller piece. Both pieces were made as special version with both Nam Man Prai and Pong Sanaeh Ya Faed potions inserted in glass phials - Made from the skullbone of a Prai Maha Phuudt Ghost, which was found to possess a very high degree of Magical Power with its rear side filled with Muan Sarn Prai Bone powders of 108 different Prai Maha Phuudt, mixed with 'Look Krok' powders. The Muan Sarn powder-paste filling is highly perfumed, in order to please, appease, and Bucha the ghost of the Prai Hian whose bone is used This particular piece of bone, being used from In Koo magic, is almost certainly taken from the pelvic region.

This particular ghost is considered to be extremely powerful because of the circumstances of passing. Four Takrut, a scattering of Gems, a phial of Nam Man Prai, a Phial of the ultra rare and costly (and powerful) Pong Sanaeh Ya Faed Necromantic Powders, and a piece of Chin Aathan Bone relic, are inserted into the rear face of the Muan Sarn Sacred Powder base. 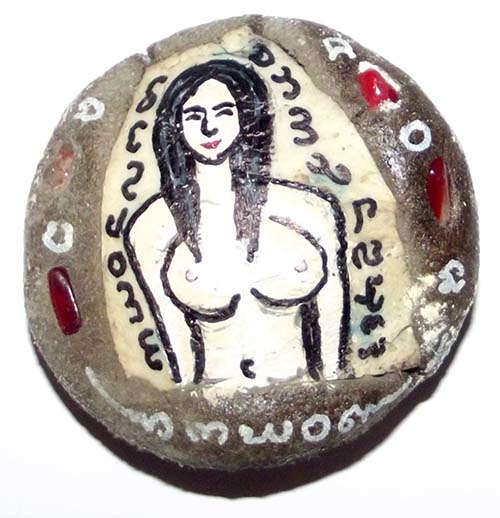 A design of the exhumed Nang Prai spirit is featured on the front face of the ghost bone (Chin Aathan). 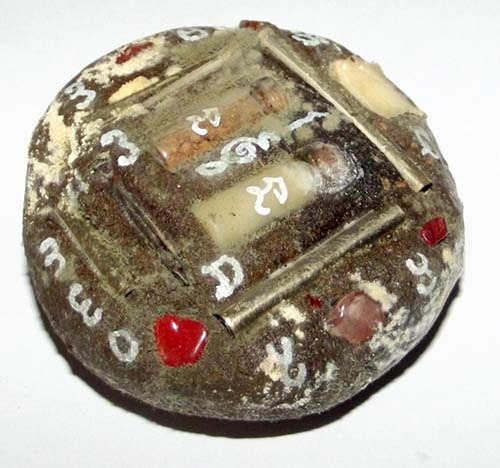 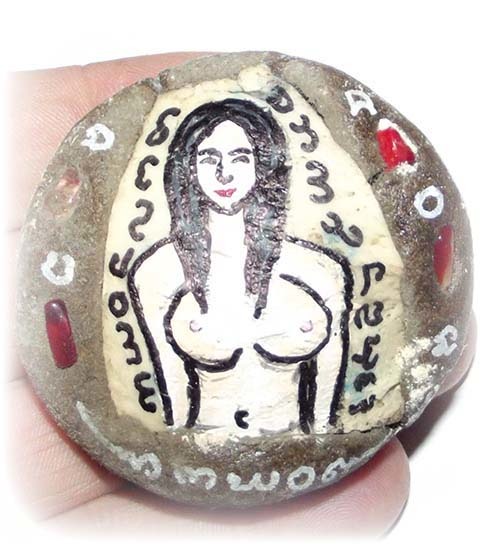 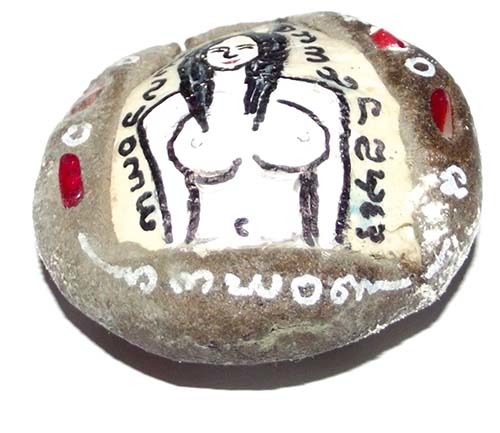 A host of powerful and extremely rare to find substances are inserted into the rear face of the Chin Aathan bone carving.

4 Takrut with the heart mantras of the Hua Jai Pra Apitam are inserted into rear face Muan Sarn Sarn of the Chin Aathan ghost bone, which is covered in hand made spell inscriptions in Khom Agkhara, and have Maha Pokasap Ploi Sek gems inserted around the two phials of magical substance. 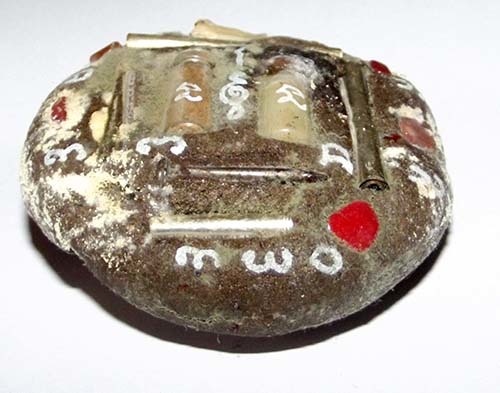 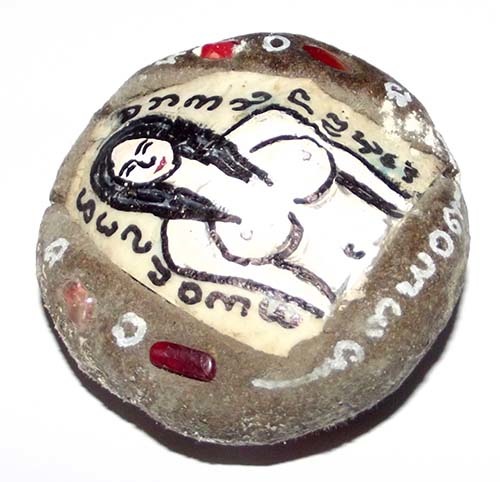