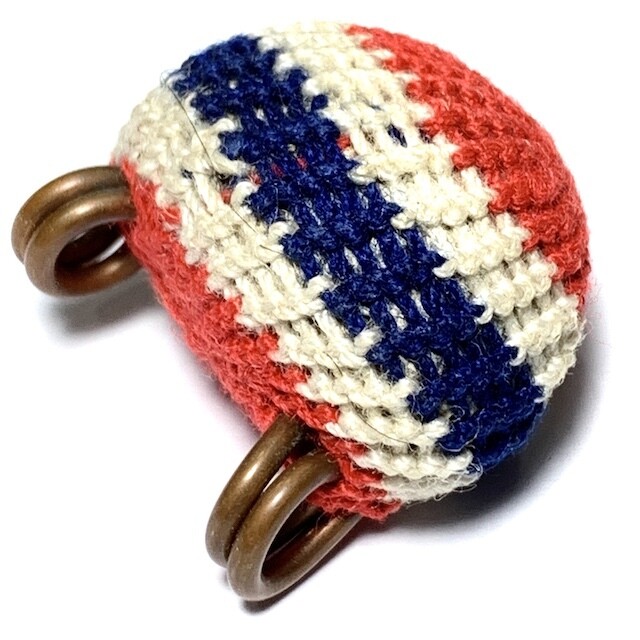 Sacred Bia Gae of Luang Phu Juea, an Enchanted Cowrie Shell Animist Charm for Healing, Prevention of Poverty, and solution to all problematic obstacles in life, including Black Magick Curse Protection, Wealth Increase to Ward off Poverty, and Good Health. This is one of the rarer versions released in the 2545 BE Edition, which were not lacquered, being just bare wrapped in cords, this exhibit being in 'See Trairongs' Tricolored Thai Flag colored cords (Red White and Blue). 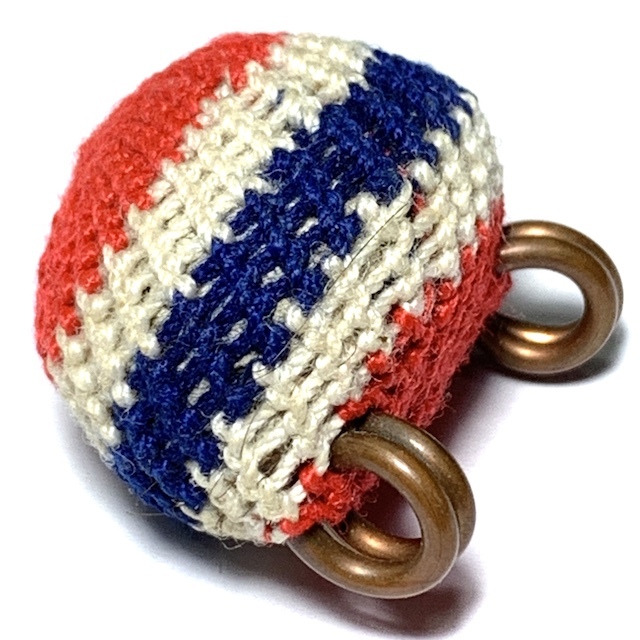 In truth, the Bia Gae helps health in more than just its Sacred Healing magic, for it also Prevents Poverty, allowing us to afford the necessary medicines and healthy lifestyle. Good health can also only be maintained, when one has all the necessary requisites, and in this day and age, money is a daily requisite, and one cannot have good health if attacked by black magick, or sorcerous curses.

Hence, the Bia Gae works against all obstacles which can slow down your progress. Luang Phu Juea's Bia Gae have become both legendary for their power to bring improvments and increase riches, as well as haveing grown very difficult to obtain due to massive popularity. 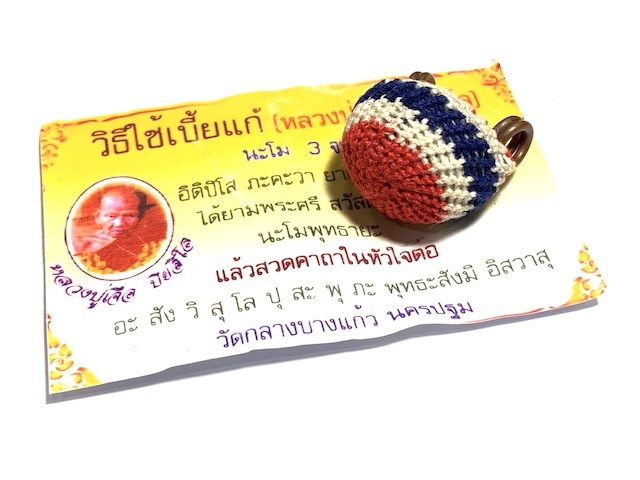 Even the mania of the Public for Bia Gae amulets by LP Juea did not make the rapid disappearance of the amulets from markets slow down at all, and it is only far and few between these days, that one can be lucky enough to find a Bia Gae Luang Phu Juea. His Bia Gae have now joined the ranks of his predecessing Mentors and Kroo Ba Ajarn, Luang Por Perm and Luang Phu Bun, whose Bia Gae are already in the top rank of Pra Niyom category preferred amulets of Master Class Status. 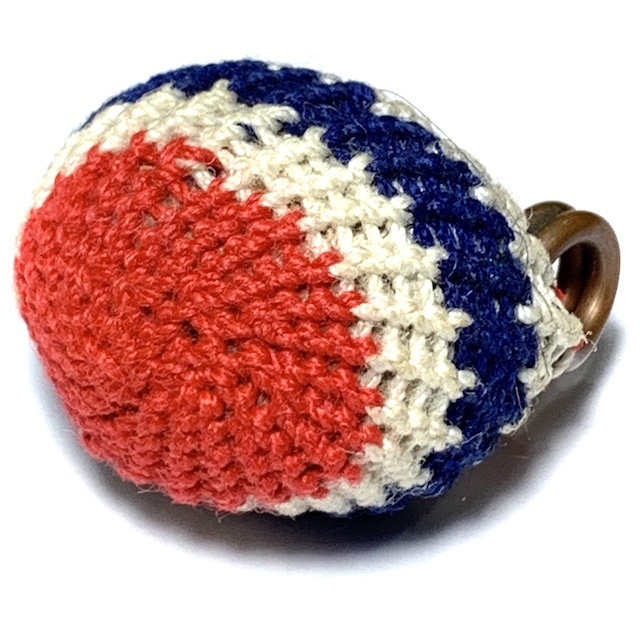 The Bia Gae Jon (shell for removing poverty), is a very famous type of Thai Buddhist Amulet, for which the temple of Wat Klang bang gaew is known for, with all the last four Abbots being known worldwide for their Wicha Bia Gae. The temple has been famous for this amulet since the times of LP Bun, and LP Perm Luang Phu Juea has become known as one of the Grand Masters of all time. 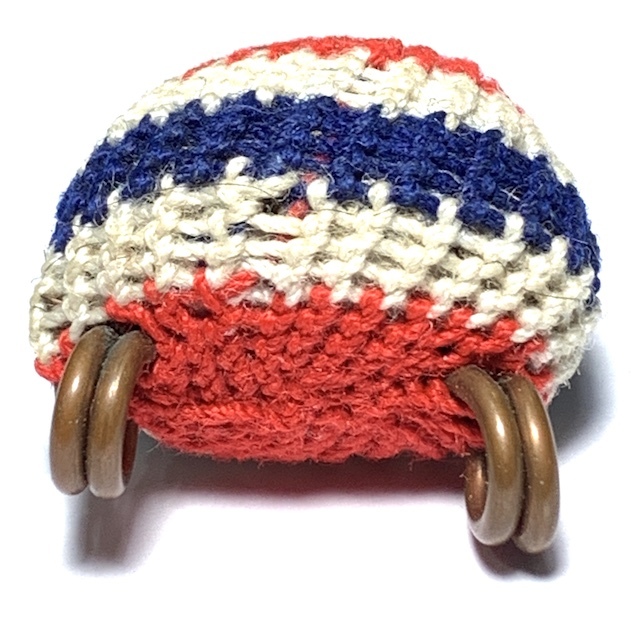 The Bia Gae Jon, is actually in truth, the ‘Bia Gae’ because the word ‘Gae’ means ‘to remedy or solve’. The Bia Gae does not only solve poverty, but is also very famous for its power to protect against Black magic, illness and accidents, and for its many other auspicious qualities. LP Juea passed away some time ago, and the current abbot, LP Sanya is now becoming just as famous as his predecessors for the Wicha Bia Gae. 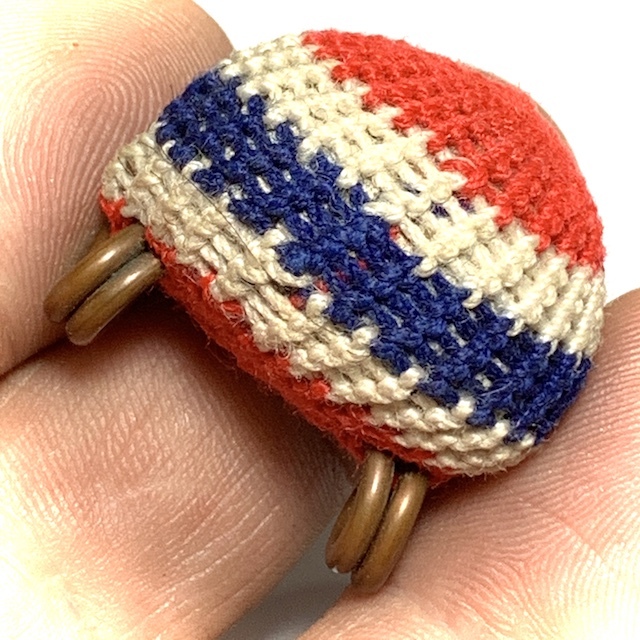 It was however the Bia Gae of LP Juea which first caused this temple to become known on an International scale. The Bia Gae from LP Bun and LP Perm are now both extremely rare, and extremely expensive. The Bia Gae from LP Juea are still affordable but since his passing are becoming ever rarer and more expensive, and seem to be following the same trend as his predecessors, looking to one day become just as unaffordable as those by LP Perm and LP Bun. 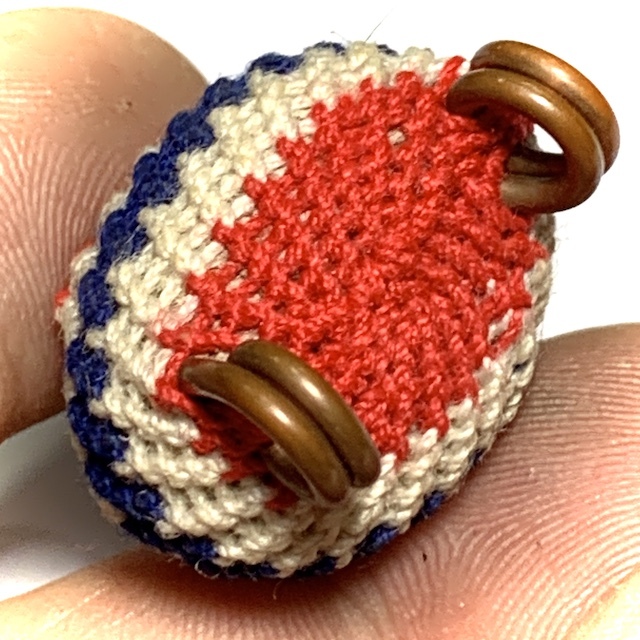 Luang Phu Juea’s famous Bia Gae in the tradition of Wat Klang Bang Gaew is one of the most famous Dtamra Bia Gae in all of Thai History. Wat Klang Bang Gaew has given rise to four great Masters in succession, all of whom have been masters of the Ya Wasana Jinda Manee sacred pellet, and of the Wicha for making ‘Bia Gae Jon’ amulets. 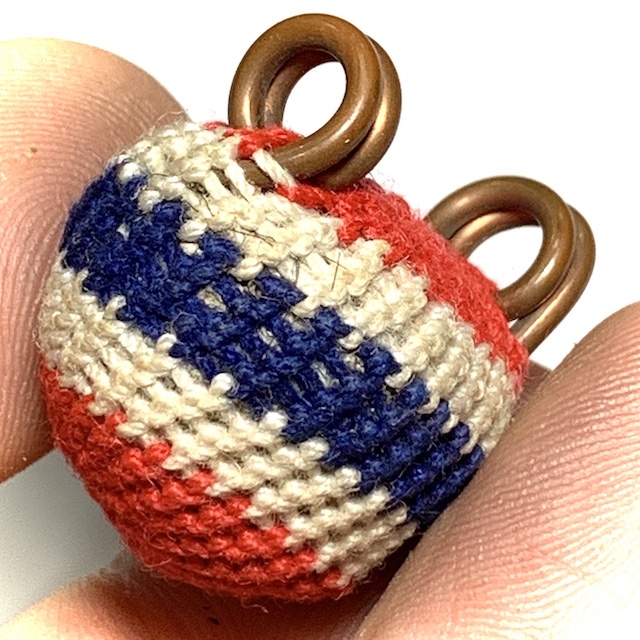 Luang Phu Juea Must be thanked in our hearts for his great Metta in allowing his Looksit to approach and document the complete sequence he used to prepare Bia Gae charms, so that we can enjoy learning and reading about the Thai Bia Gae amulet making methods of Wat Klang Bang Gaew. Please click on the images and surf through the gallery to read each stage of the process. Each image in sequence has a small explanation below it describing the processใ 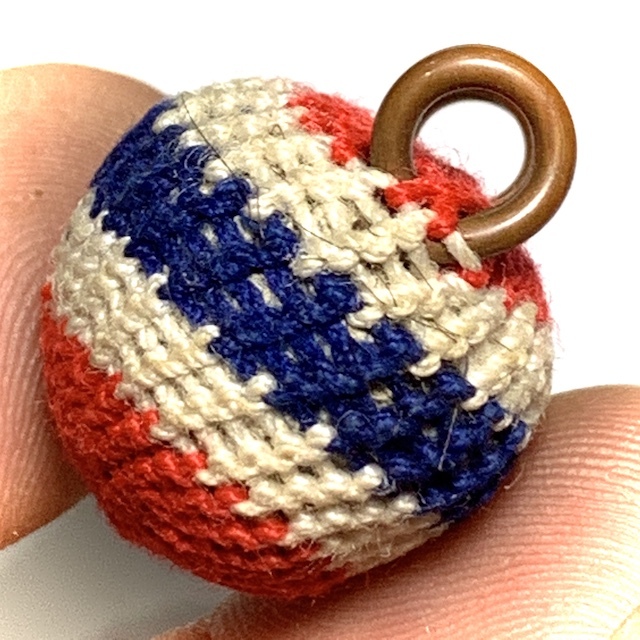 In fact, it caused more panic than before, and made the rest of the remaining amulets get snapped up, leaving those who seriously have Faith in Luang Phu and his Bia Gae, wth great difficulty in finding one of these amazing amulets made in true ancient fashion. 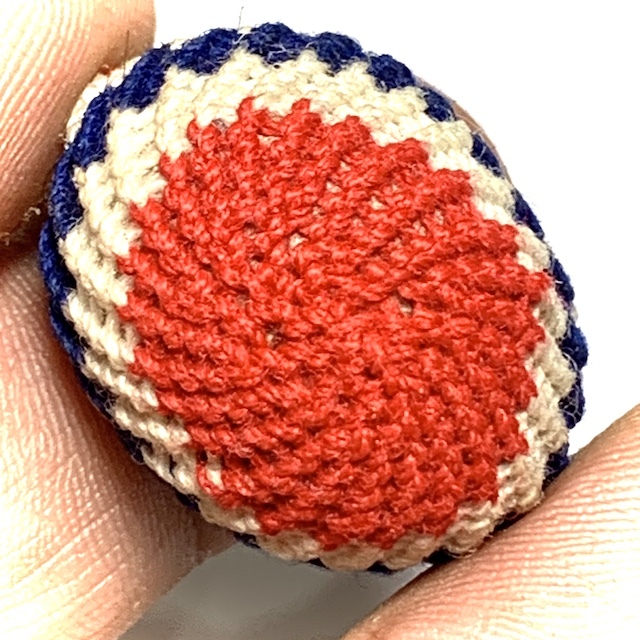 A real Bia Gae with all the trademarks of having been made with true Wicha, from the third of the Lineage of great Masters of Wat Klang Bang Gaew Temple, Luang Phu Juea Bpiyasilo. The Bia Gae is useful for Healing Magic, Holy Water Making (immersion with incantations and meditation), Protection, and of course, preventing Poverty and Money Losses, and to Increase Wealthy Fortunes. 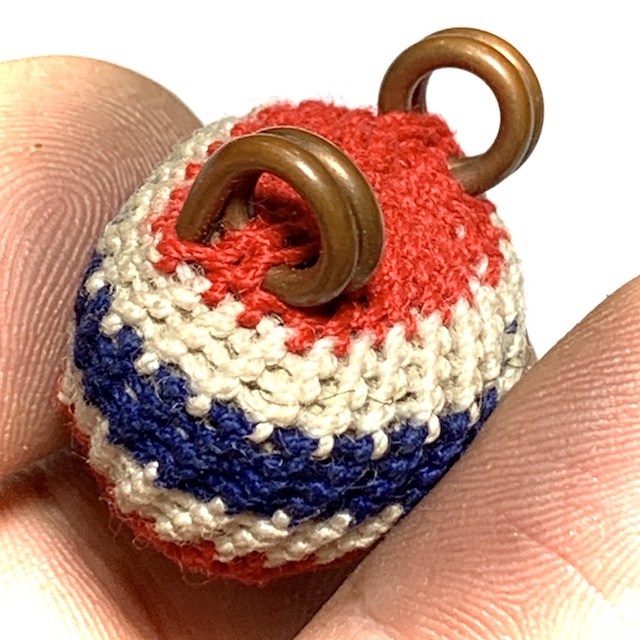 Above; Bia Gae are empowered by Luang Phu Juea, with the insertion of Mercury, and later covering with metal casing. Luang Phu Juea would then insert the ‘Prot’ (Mercury) into the Bia whilst performing Incantations. A few Able Apprentice Looksit would sometimes help with this task of covering and filling so many Bia. 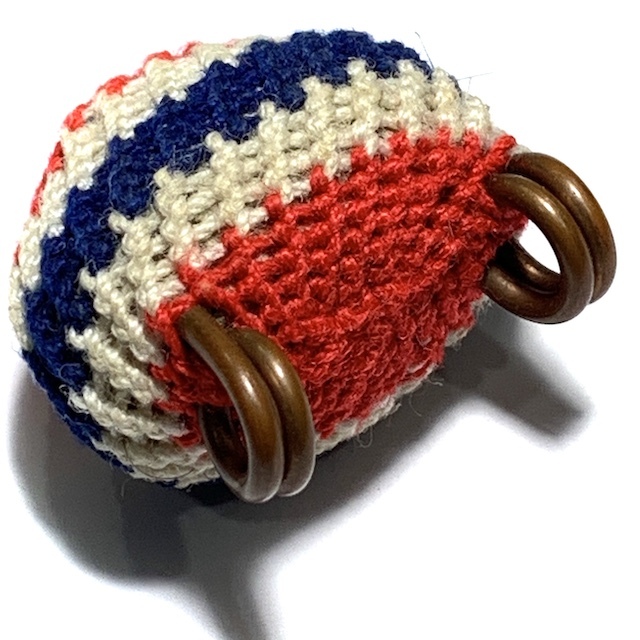 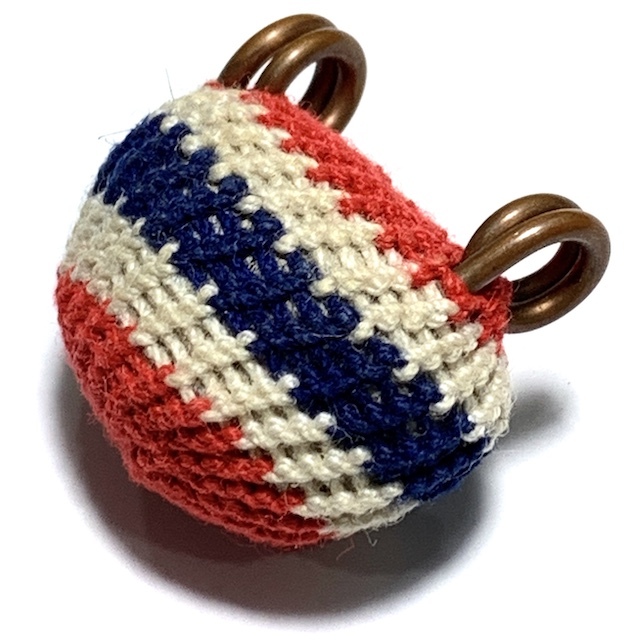 Above; Metallic Bia Gae Jon shells to cover the exterior of the cowrie with are piled up onto a pan kroo awaiting the next stage of the process. They await their hosts on the ‘Pan Kroo’ tray. They have already been hammered into dome shapes in preparation for insertion of the Bia Gae. 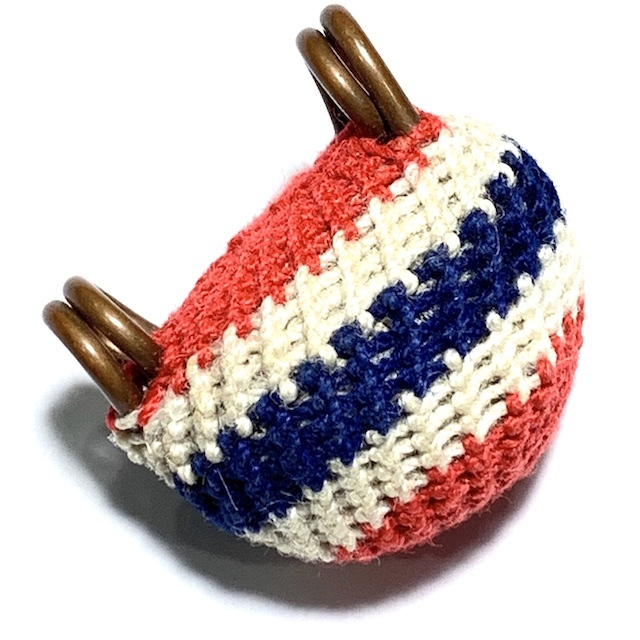 Above; Bia Gae after being covered in leaden metallic coats, awaiting the stage of cord binding (with constant incantations, and subsequent painting with black lacquer for durability of many decades and even centuries of use. 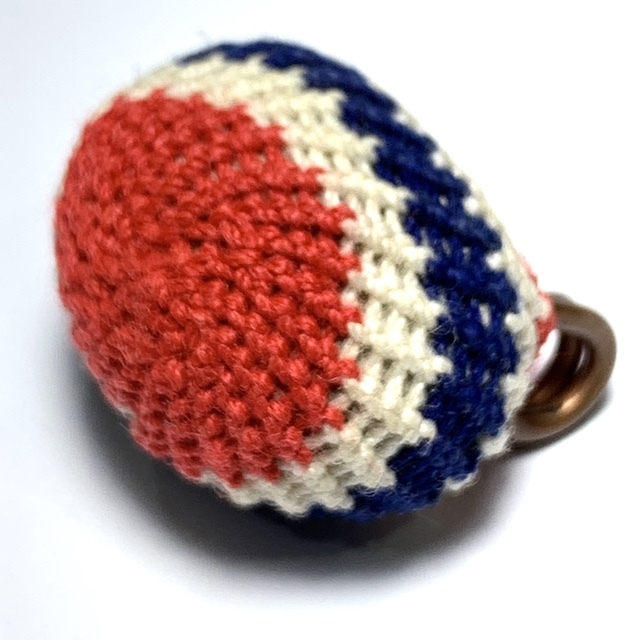 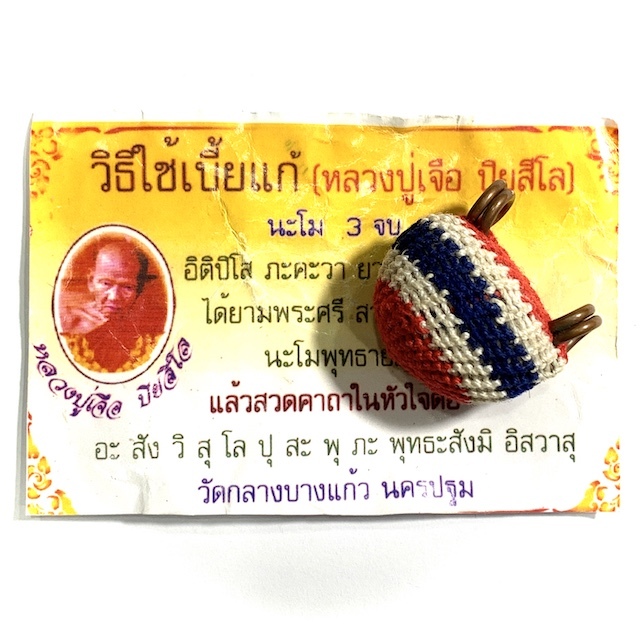 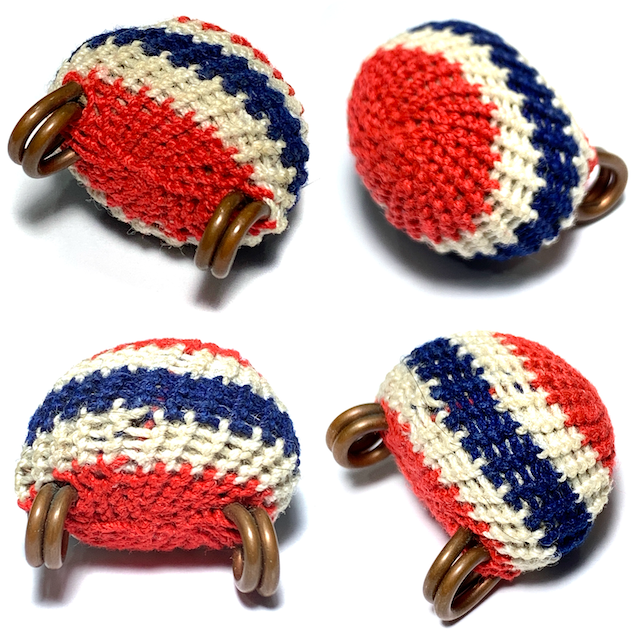