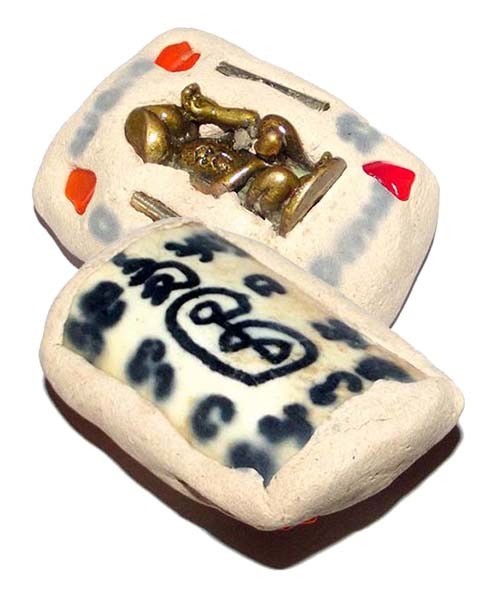 Medium-Large and Ultra Rare piece of Active Chin Aathan Necromantic Ghost Bone relic - Made from the Chin Aathan (bone) of a Prai Maha Phuudt Ghost, which was found to possess a very high degree of Magical Power with its rear side filled with Muan Sarn Prai Bone powders of 108 different Prai Maha Phuudt, mixed with 'Look Krok' powders. The Muan Sarn powder-paste filling is highly perfumed, in order to please, appease, and Bucha the ghost of the Prai Hian whose bone is used.

This particular ghost is considered to be extremely powerful because of the circumstances of passing. A Palad Kwak Animist Prai Deva is inserted into the rear face of the Muan Sarn base. 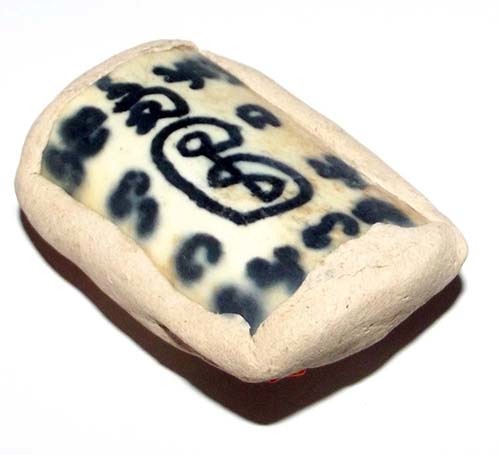 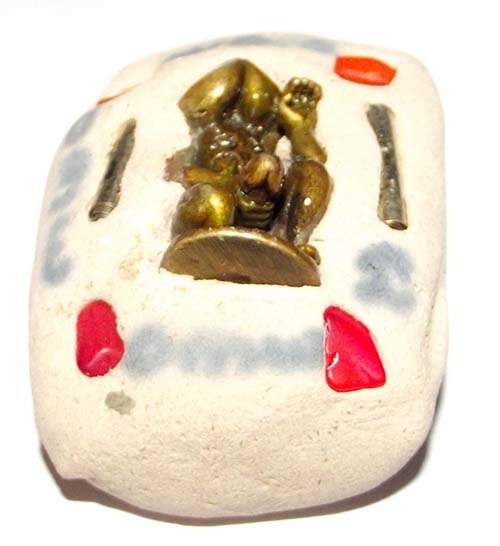 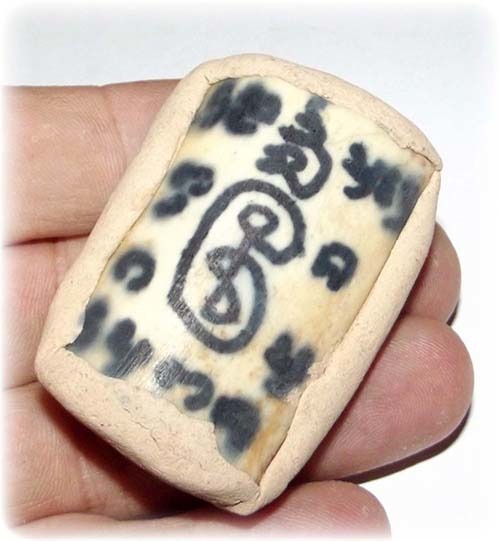 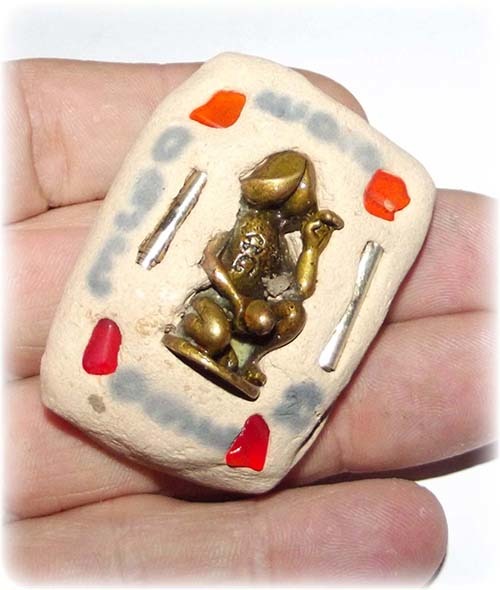 A Palad Kwak Paetch Payatorn Maha Sanaeh amulet is inserted into the rear face of the Chin Aathan bone carving.

2 Takrut with the heart mantras of the Hua Jai Pra Apitam are inserted into rear face Muan Sarn Sarn of the Chin Aathan ghost bone, which is covered in hand made spell inscriptions in Khom Agkhara, and have Maha Pokasap Ploi Sek gems inserted. 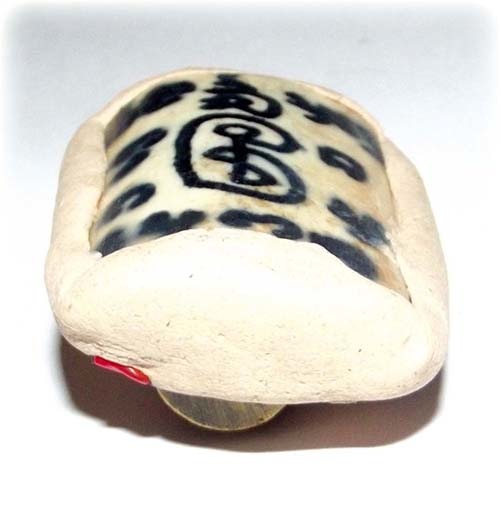