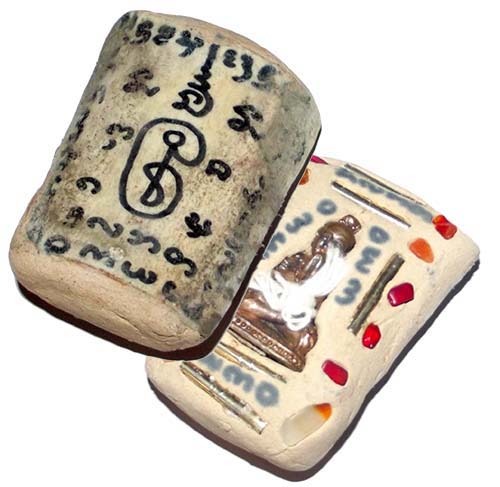 This particular ghost is considered to be extremely powerful because of the circumstances of passing. Six Takrut, a scattering of Gems, and a metallic Kumarn Tong bound with Sinjana cords, are inserted into the rear face of the Muan Sarn base.The Kumarn has a Sacred Necromantic powder paste filling and the rear face of the bone is also filled with Maha Sanaeh Herbs, perfumed essences and Necromantic ashes bone powder and earths. 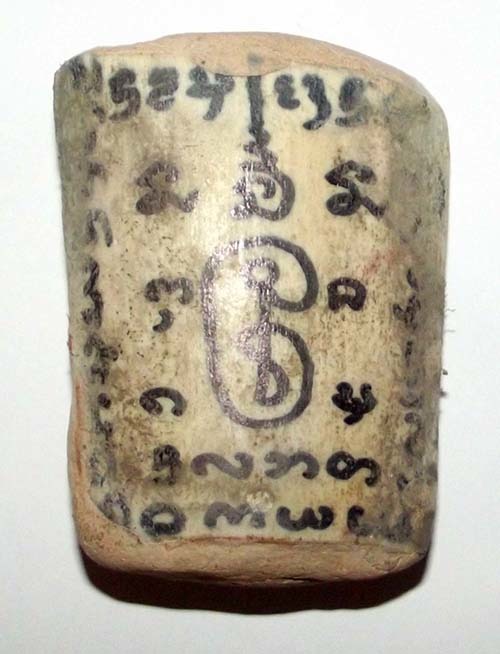 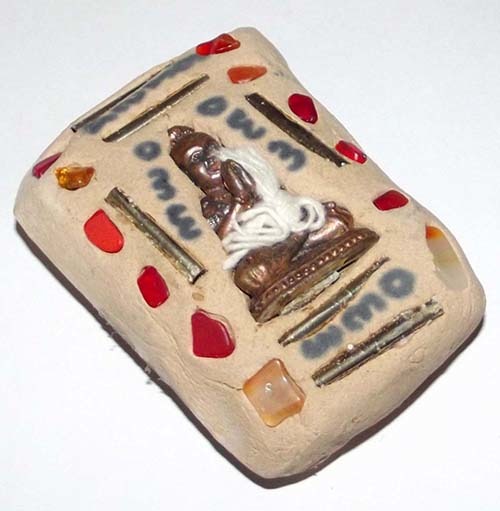 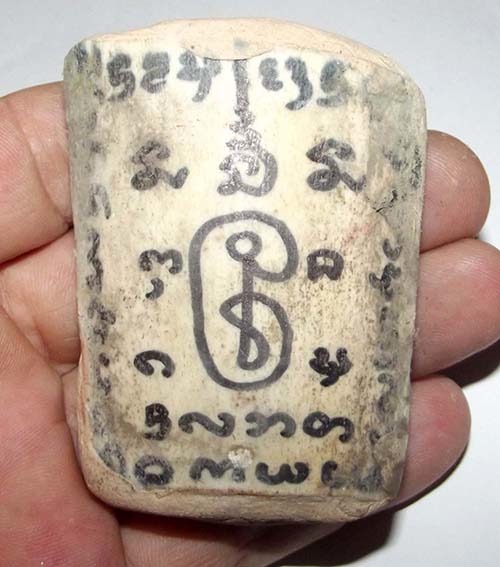 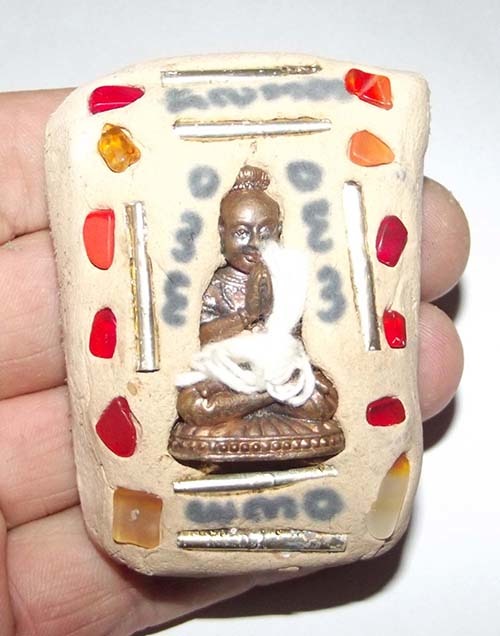 A Kumarn Tong amulet is inserted into the rear face of the Chin Aathan bone carving.

6 Takrut with the heart mantras of the Hua Jai Pra Apitam are inserted into rear face Muan Sarn Sarn of the Chin Aathan ghost bone, which is covered in hand made spell inscriptions in Khom Agkhara, and have Maha Pokasap Ploi Sek gems inserted. 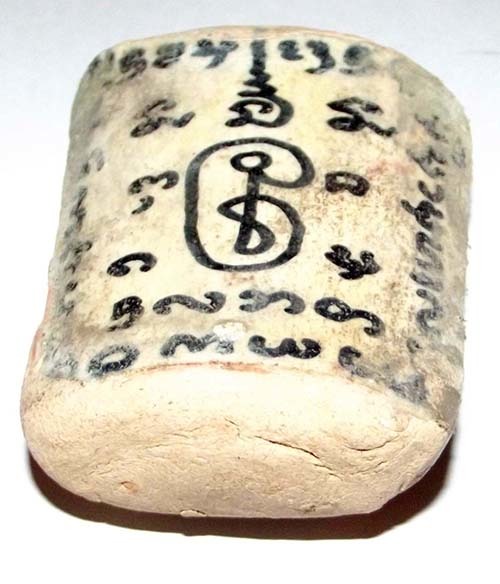 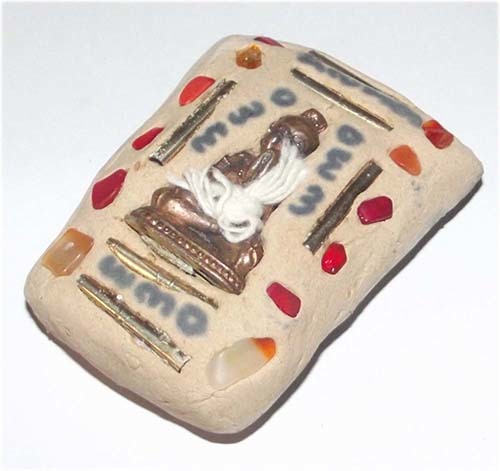