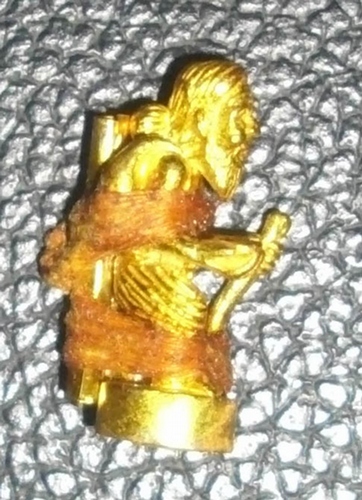 Choo Chok is one of Thailand's most powerful and revered amulets for riches and good fortune. Choo Chok was a beggar hermit who took Vessantarsa children as his own, and later became a Maha Seti (millionaire) Vessantara was a previous Incarnation of who was later to be born as Siddhartha Gotama, and become the Buddha. Vesantara perfected the baramee of generosity (giving) which is one of the ten perfections achieved which enabled the Buddha to conquer the Maras and become enlightened.

The merits of the Buddha are transferred through the Choo Chok amulet, and bring great Metta mahaniyom and Choke Laap power to the wearer.