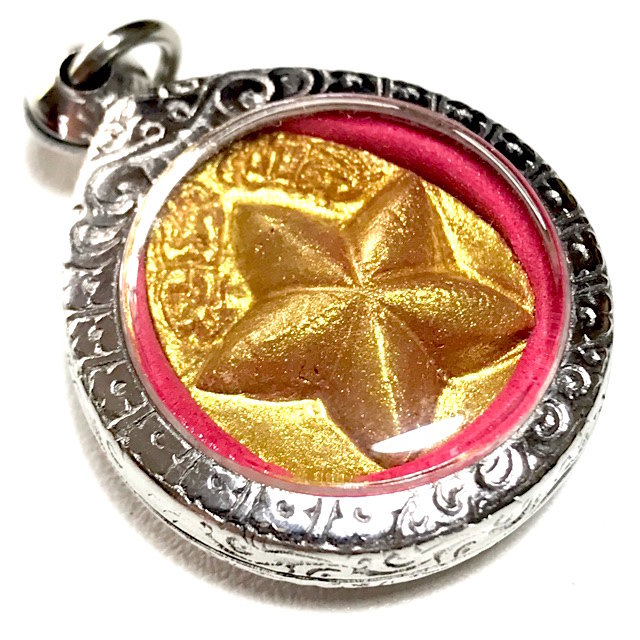 The Daw Maha Lap 'Great Luck Bringer' amulet is one a a number of different Lucky Star amulets made from powerful Muan Sarn Sacred Powders by the Great Lay Master Ajarn Plien of the Dtamnak Dtak Sila Khao Or Southern Academy of Sorcery. Released in the 'Run Maha Pokasap Khao Or' edtion on 27th September 2560 BE, with two Blessing ceremonies, the first being held on 27th September 2560 BE at Wat Khao Or with a host of the Khao Or Gaeji Ajarn Master Monks

This model features a five pointed star within a slightly egg shaped form in the style of the Daw Aathan of LP Pina, and has a piece of See Pheung Nam Man Prai of Ajarn Pratueang inserted into the rear face. Stainless Steel Casing is included with the amulet in the price. 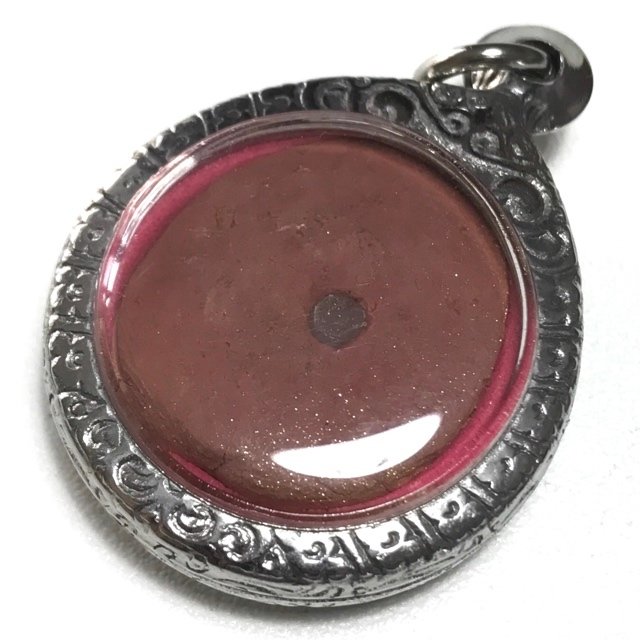 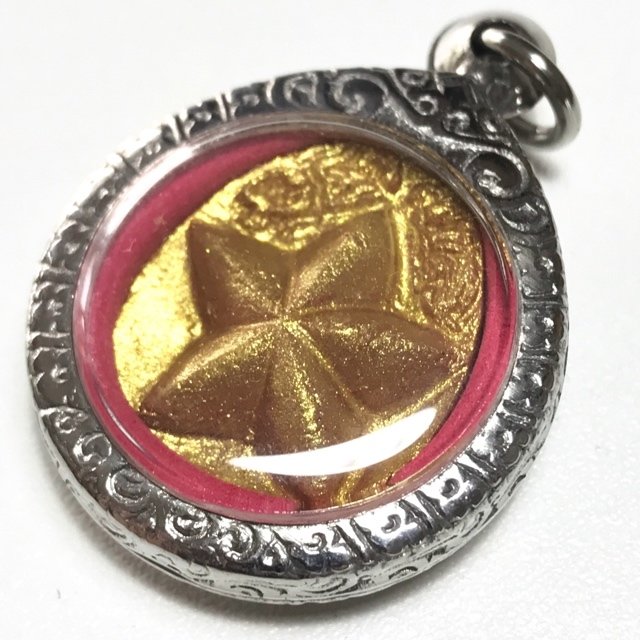 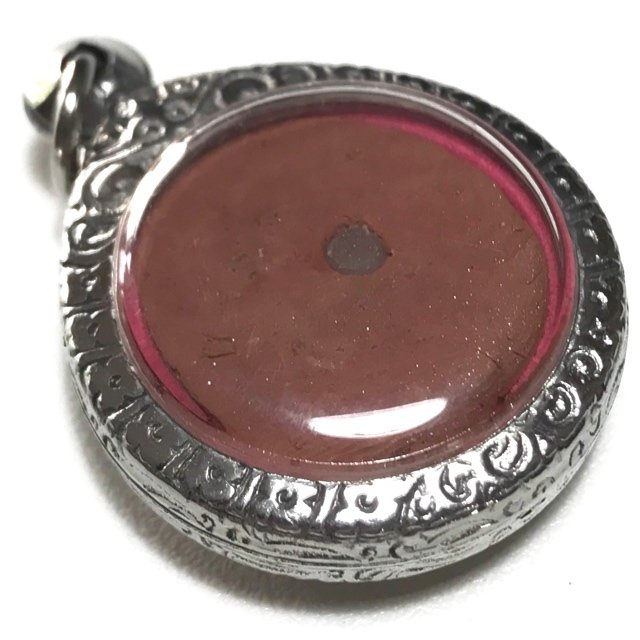 The Muan Sarn Sacred Powders are extremely powerful for the inclusion of a large number of broken up powdered amulets from Ajarn Chum Chai Kiree of the Dtamnak Dtak Sila Khao Or Southern Academy of Sorcery from the years 2484 BE to 2525 BE, mixed with a host of other powerful powders such as Pong Puttakun Nimit 2484 BE Powders of Ajarn Chu, Wan 108, Wan Dork Mai MOngkol 108, Relics from the four Deva Shrines in Bangkok, Holy Prayer Water from 108 Temples, Takrai (crubled residue) of 9 ancient Chedi Stupas, Sacred Din Bpoeng from nine Magical peat marshes, 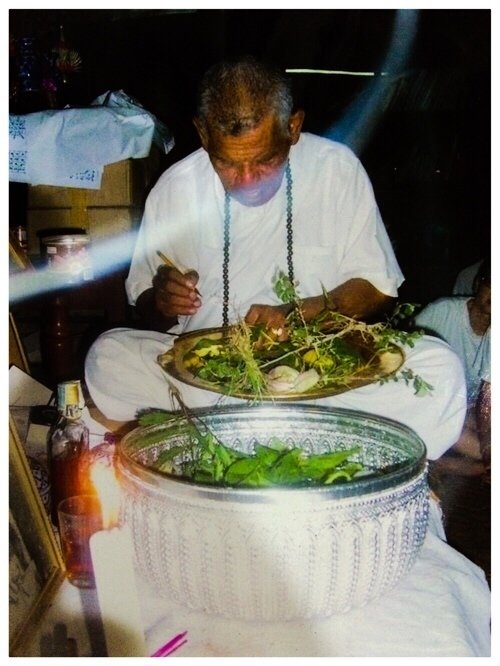 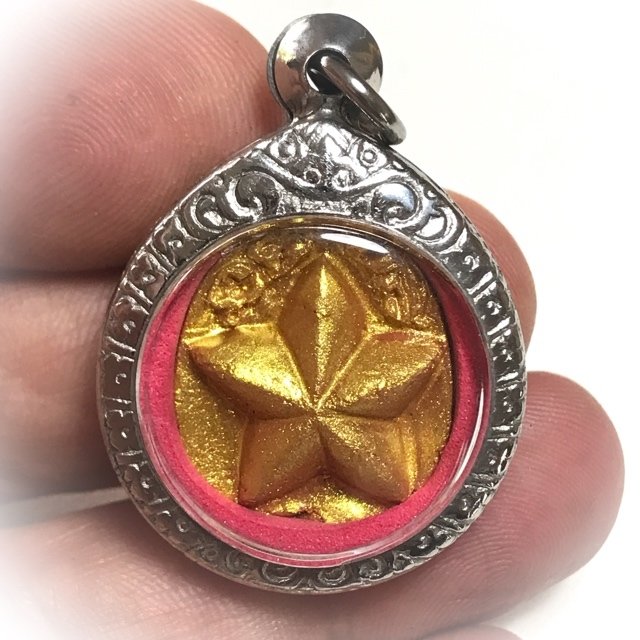 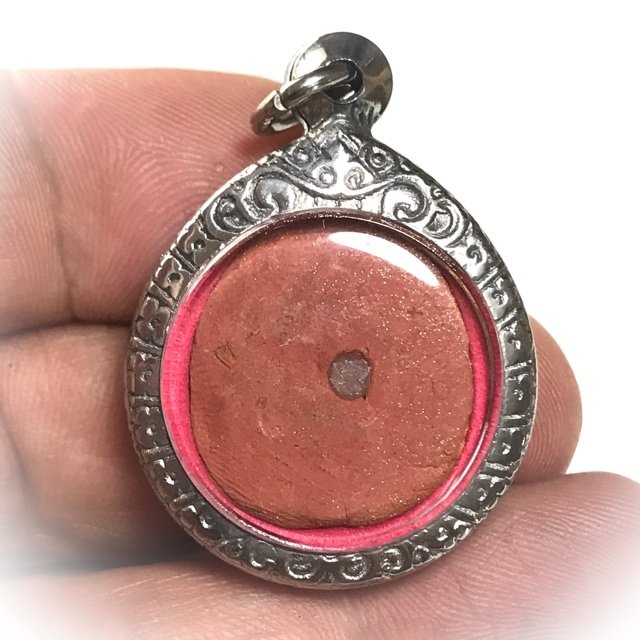 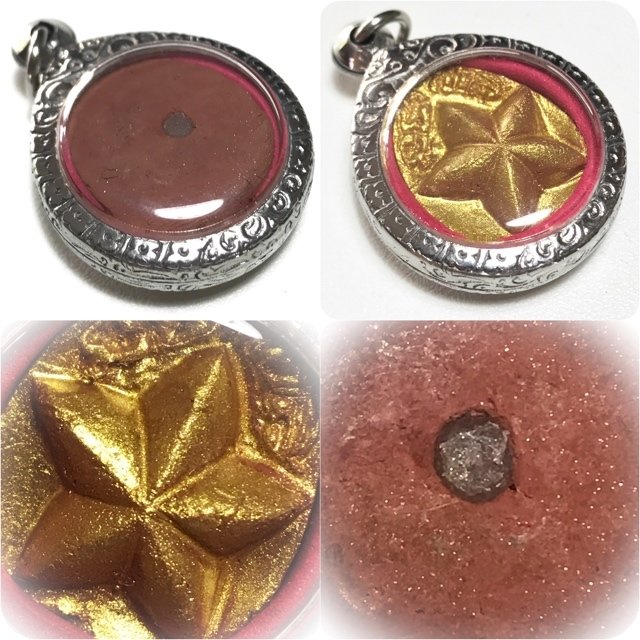