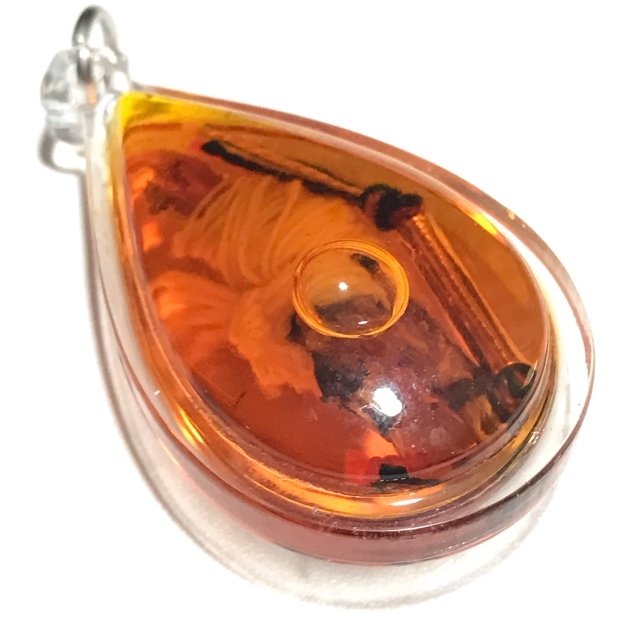 Presenting the long awaited second edition of the extremely popular Animist Charm for Wealth Increase and Gambling Luck from Reclusive and Secretive Aged Forest Lay Sorceror Ta Poon, Forest Lay Sorceror is, composed of the Python Spur, bound with Sorcery Spells using DaayDtra Sangkh corpse cords bound around the spurs with Incantations, and a Takrut Spell, also bound with Cord Binding. This is the second edition made by Ta Poon, and has been long awaited by his devotees. If we consider how few were made in both the first and this second edition, we can assume that this second edition will deplete as fast as was the case with the first edition. 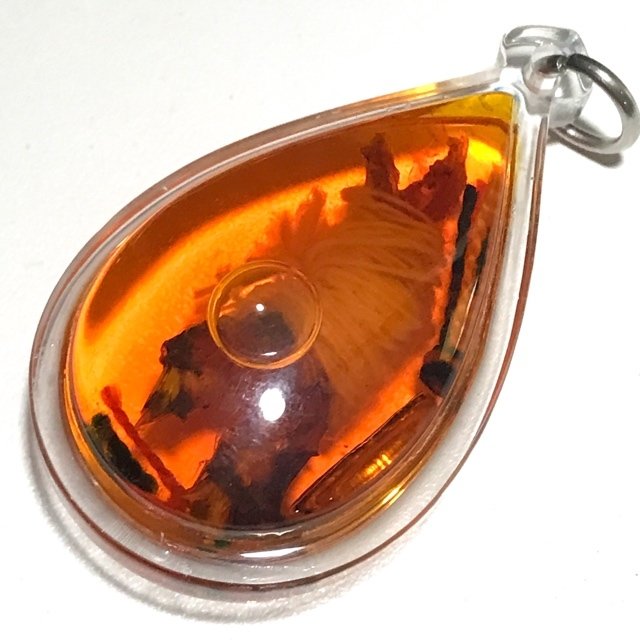 Immersed in Prai Oil Potion containing Paya Wan Dork Tong and Nam Man Nga Blessed Prai Oil, which naturally possesses an immensely powerful Maha Sanaeh power in its own right, and a host of Magical herbal extracts of the Maha Sanaeh and Maha Pokasap variety. The python spur also is a naturally sorcerous item which possesses powerful Maha Pokasap and Metta magic even without empowerment from a Sorceror.

Ta Poon performed special extra empowerment of the Maha Jinda Manee Montr Wicha, and invocations of the Wicha Sariga within the Takrut spell, for Increased Mercy Charm, for Metta mahaniyom and Kaa Khay powers to increase sales for those who wish to use the Dueay Ngu Hlueam for Business Purposes. 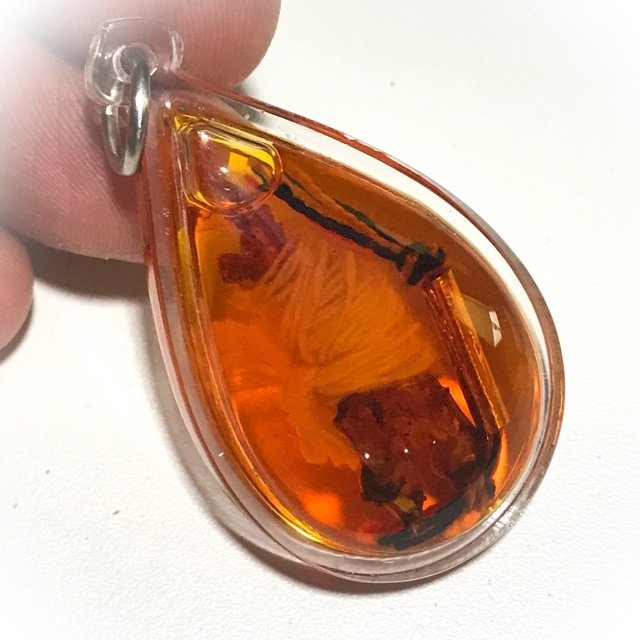 This Animist amulet is a form of High Necromancy, which invokes Metta Mahaniyom and Maha Pokasap Magickal influence from the Python's ability to sit in wait for its prey, without the need to move around or perform overly tiresome quests to entrap its victims.

The Python is renowned for the ability to maintain itself alive over long periods of time through maintaining an enduring survival through its high ratio of energy conversion in comparison to its metabolic consumption. This means that a Python can survive for months on one meal. 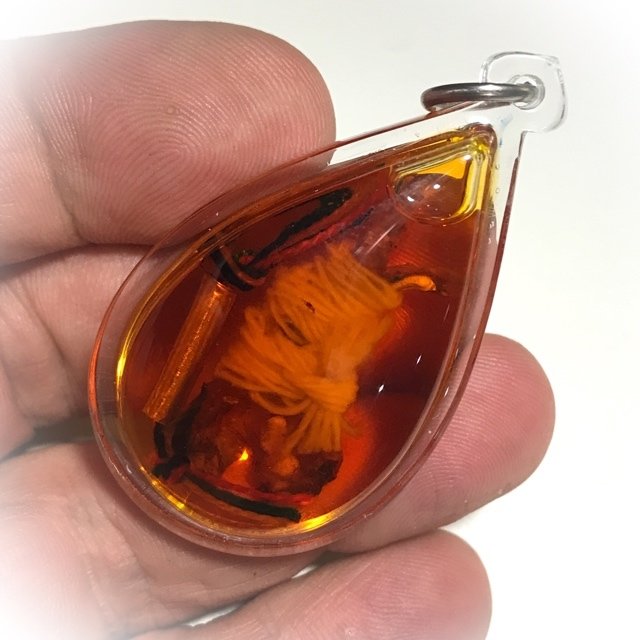 The Python can avoid travelling around large distances, by merely lying in wait for prey to pass within its reach, and then launch its attack with one single leap, and entwine itself around the prey, making it impossible for that which enters its clutches, to escape ever again.

This represents the Maha Pokasap and 'Maha Ud' ('Ud Sap', means to seal belongings within a container) Power of retension, insinuating that any wealth or resources which enter into the possession of its owner, will be retained in one's possession, and never be lost or released again.

The Python also has powerful Maha Sanaeh Magic and does not need to go out of its way to attract its Mate. The femaile python will come along on its own volition for mating, and this is also a powerful magic to attract sexual encounters with ease and no efforts on behalf of the wearer. 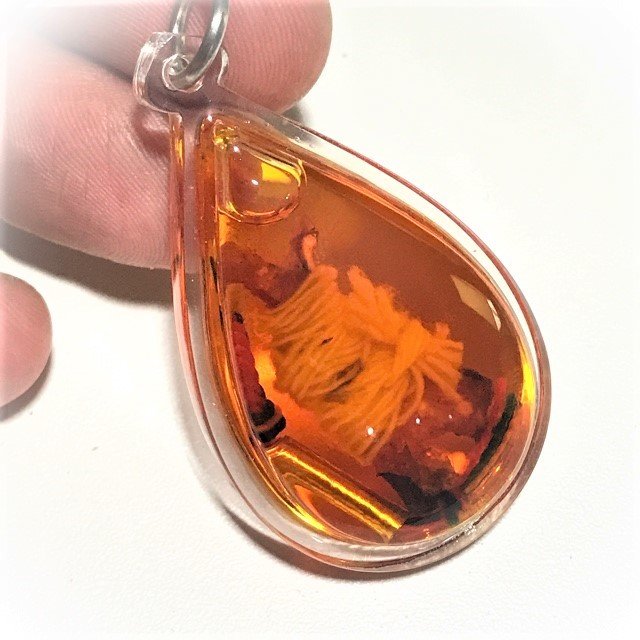 The Python Spur, or, 'Dueay Ngu Hlueam' is perhaps one of the most highly favored Mercy Charms of Professional Gamblers, Bankers, and those who like to gather and hoarde their resources, as well as those who already have wealth, and wish to retain it, or prevent it from flowing away back into the system.

Ta Poon is an aging Karavasa Lay Sorceror, who fled to live in the Forest, and renounced the world to practice Dhamma and Meditation, without the distractions and pointless activities of the world, in order to enhance and perfect his practice, and who refuses to allow his practice to be disturbed by the ways of the world. Once in a while however, he accepts the request to bless and empower amulets for those devotees who have experienced the power of his special ability to empower amulets with immensely lucky fortune bringing Magick.

His identity is truly a Mystery, and nobody has yet been able to make a photo to document his appearance and reveal his identity, nor to publicize his true exact whereabouts. There are only a very small number of close devotees who are trusted not to ruin his practice and never reveal his exact whereabouts, and it is these trusted devotees, who are able to allow us to recieve special amulets empowered by thie Master of self control who refuses to be tempted by the ways of the world.

They are allowed on occasion, to enter into the forest and beseech Ta Poon to deliver his powers and blessings over Sacred Amulets.

You can use the Kata Pawana (Kata to practice manifestation of your requirements through visualisation magic), which was given by Ajarn Spencer for using with Dueay Ngu Hlueam Amulets. 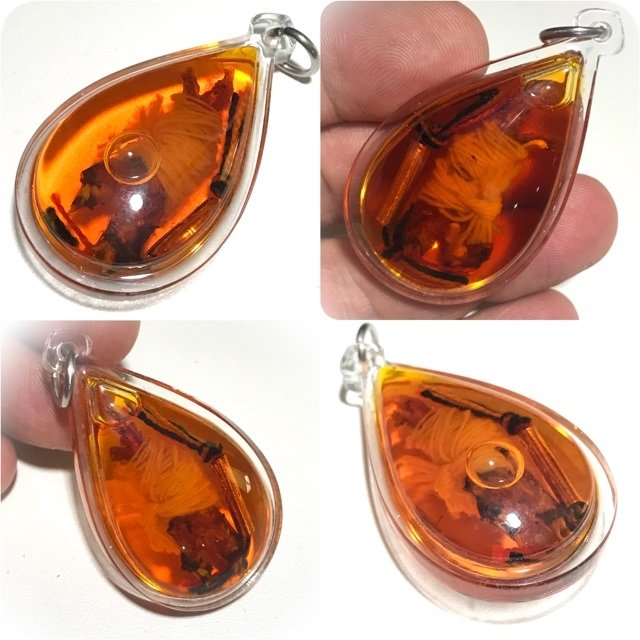