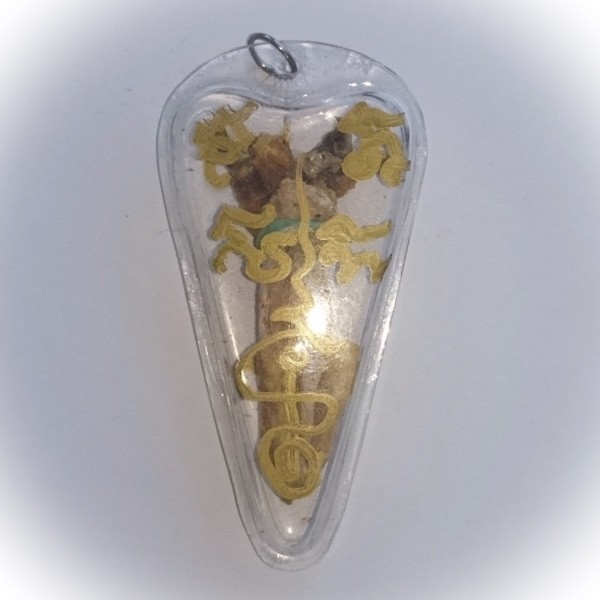 This Sorcerous Animist Charm is a form of Occult Necromancy which invokes Metta Mahaniyom and Maha Pokasap Magickal influence from the Python's ability to sit in wait for its prey, without the need to move around or perform overly tiresome quests to entrap its victims.

The Python is renowned for the ability to maintain itself alive over long periods of time through maintaining an enduring survival through its high ratio of energy conversion in comparison to its metabolic consumption. This means that a Python can survive for months on one meal, and can avoid travelling around large distances, by merely lying in wait for prey to pass within its reach, and then launch its attack with one single leap, and entwine itself around the prey, making it impossible for that which enters its clutches, to escape ever again. 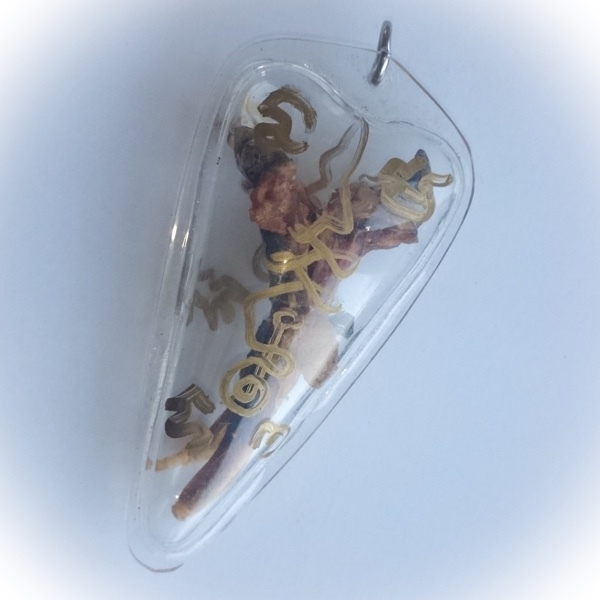 This represents the Maha Pokasap and 'Maha Ud' ('Ud Sap', means to seal belongings within a container) Power of retension, insinuating that any wealth or resources which enter into the possession of its owner, will be retained in one's possession, and never be lost or released again. 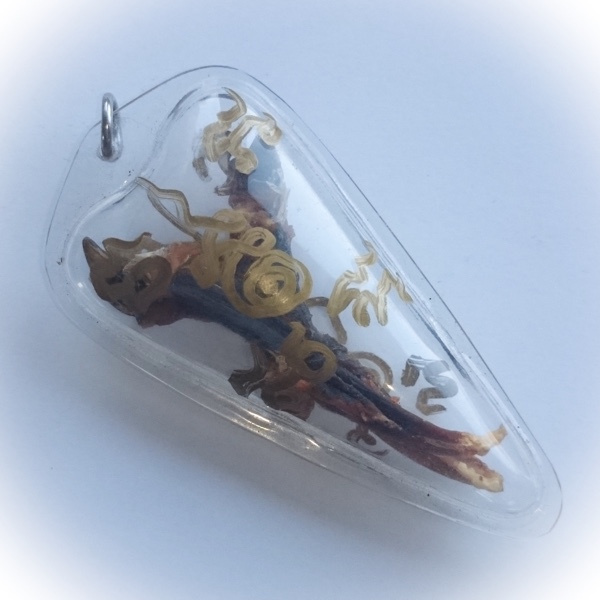 The Python Spur, or, 'Dueay Ngu Hlueam' is perhaps one of the most highly favored Mercy Charms of Professional Gamblers, Bankers and those who like to gather and hoarde their resources, as well as those who already have wealth, and wish to retain it, or prevent it from flowing away back into the system. 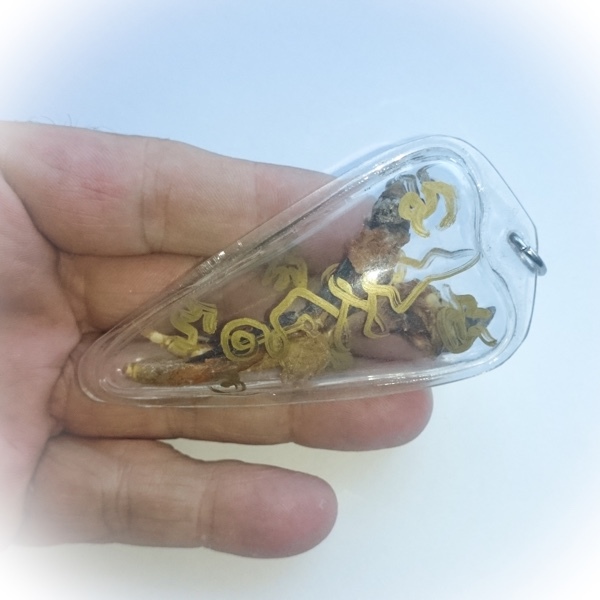 These Python Spurs were first presented to Ajarn Plien for empowerment at the temple of Wat Don Sala, along with some which were then passed on to Luang Por Prohm of Wat ban Suan for his Edition of that Year, but this (one of only two) Python Spur, was not handed on to Luang Por Prohm, rather passed on to Ajarn Spencer (owner of Thailand-Amulets store) at his private Ashram 'Asrom Taw Guwen', and were further empowered during his 2005 Wai Kroo Ceremony, and kept until now (2007) to be released at the right moment.

Ajarn Spencer performed spell inscriptions in Sacred Khom Agkhara using gold pen, Invoking the 4 Elements using 'Na Ma pa Ta', and turning them with 'Ja Pa Ga Sa' spells, for the reanimation of the 'Ngu Hlueam Dtaay Prai' snake, which died of course under Prai rules and circumstances for the rules of Thai-Khmer Necromancy. He also added the Blessings and Protective Powers of the Lord Buddha using the Sacred 'Na Arahang' Arahant Yantra.

Kata Pawana (Kata to practice manifestation of your requirements through visualisation magic). 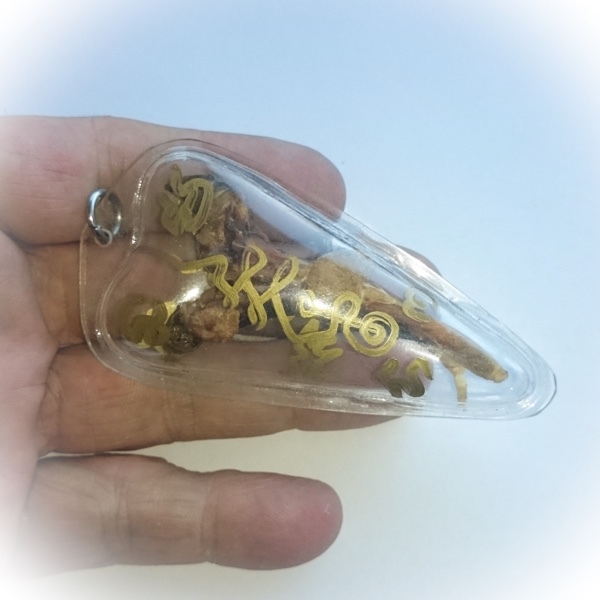