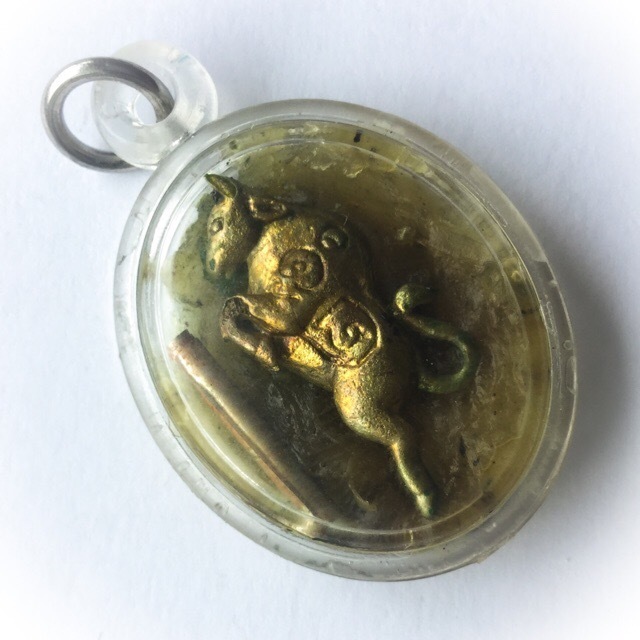 This possesses not only Sacred Significance being from the roof of a Sacred Shrine of an Ancient Temple, but also because it has been the Protective Rod that prevents the Element of Lightning from Setting the Temple on Fire through Lightning, and Protect the Devotees inside the Shrine too. 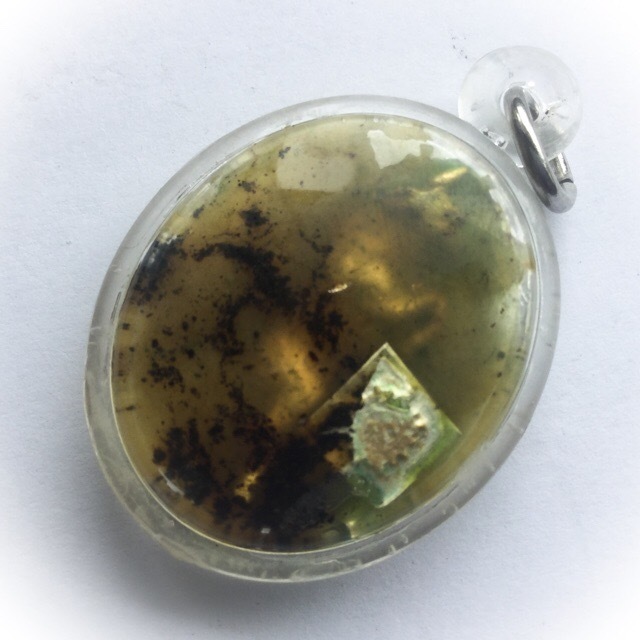 The Wua Tanu Taewa has Fire Element within it in its very nature, but in the case of the Grating Tanu Taewa, due to the Sacred Metal used in its forging, is also possessed with the power over the Fire, Light and Transmissive Energy of Electricity as well as Fire. 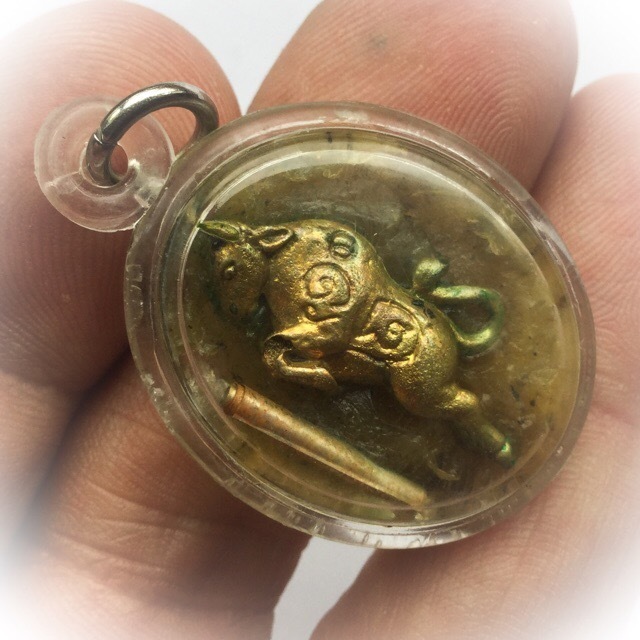 Released in the 'Sag Luang Por Kong Wai Kroo 2555 BE' Edition, which was focused upon funding the building of the Bucha Image of Luang Por Kong 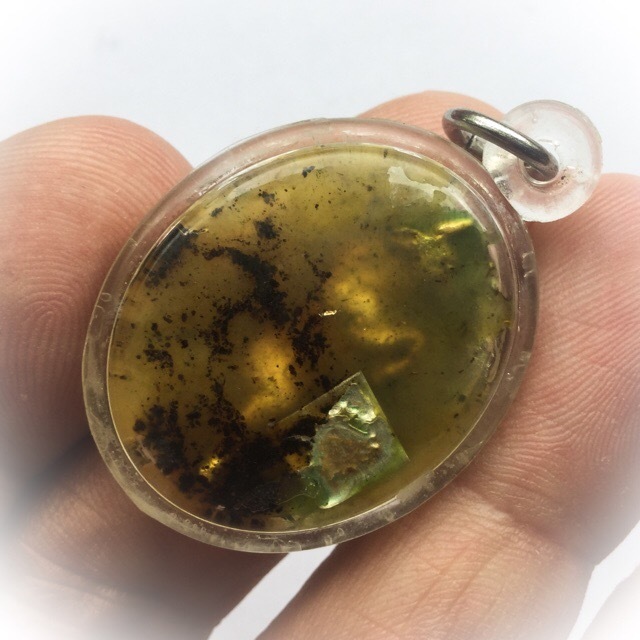 Victory over Your Contestants, Ease of Seduction, Protection and Prevent Money Problems, Success in Profession. This amulet also protects your household and fends off any black magic attacks. 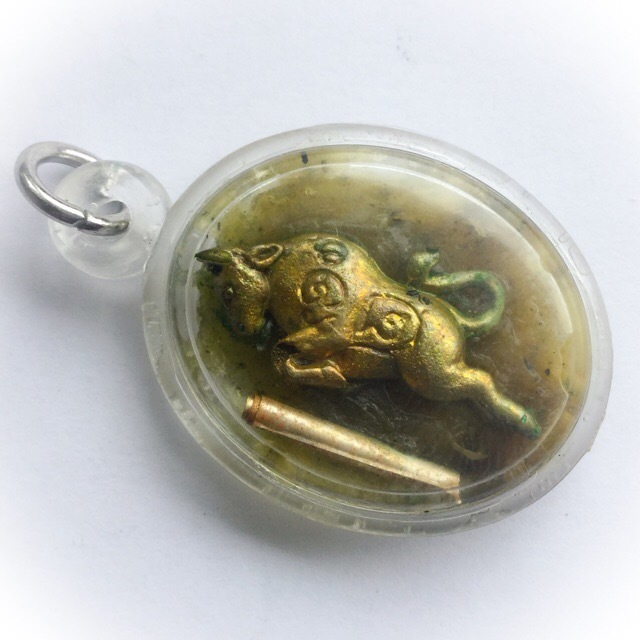 How to worship Wua Tanu and Kwai Tanu
You can use Wua Tanu to watch over your house,or mark a safe area around the house, or any place where there is strong Magic. To do this, you need four Wua Tanu, and a bowl of pure water in a Khan Nam Montr vessel.
Then take the Wua Tanu and place them in the Khan Nam Montr (prayer water bowl). Then focus your mind into meditation, and think of the Buddha Dhamma and Sangha, the Deities and Kroo Ba Ajarn, and Ajarn Somrach, and empower the prayer water by chanting the Kata into it and projecting your thoughts into the water as you blow three times into the bowl. 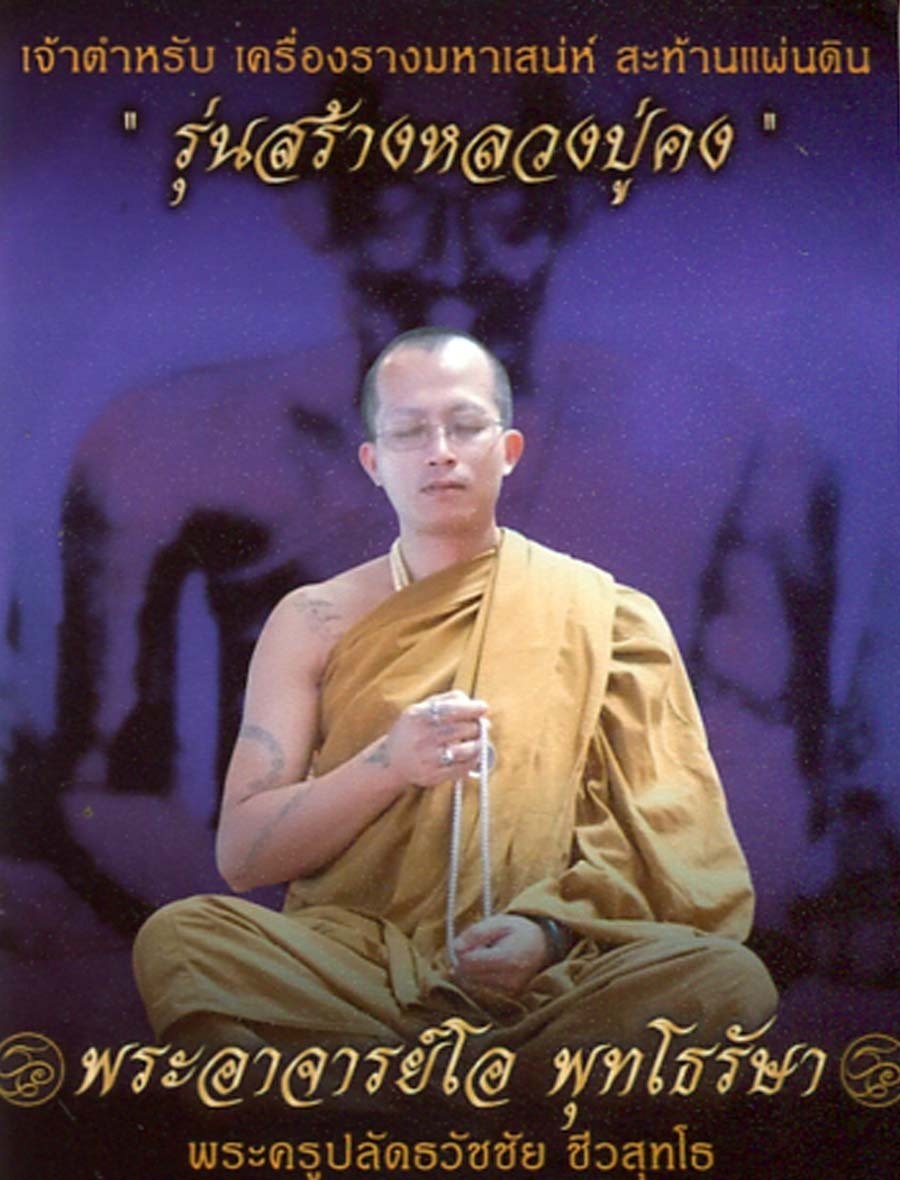 Take the four Wua Tanu, and bury them in the Earth in the four Cardinal directions. If it is a house, that has no earth to be able to dig, then the Wua Tanu should be placed in the four outer corners of the house,and the prayer water should be sprinkled around the area to be protected.
If you have a Kuman Tong or other forms of Phuudt or Phii Prai, which you make Bucha offerings to in the house, then you must tell the Wua Grating Tanu, by stating who is allowed to enter and leave the protected area and who not. It is a good idea to also state that any ghosts or beings that are benevolent and will bring help or auspicious blessings should be allowed to enter. 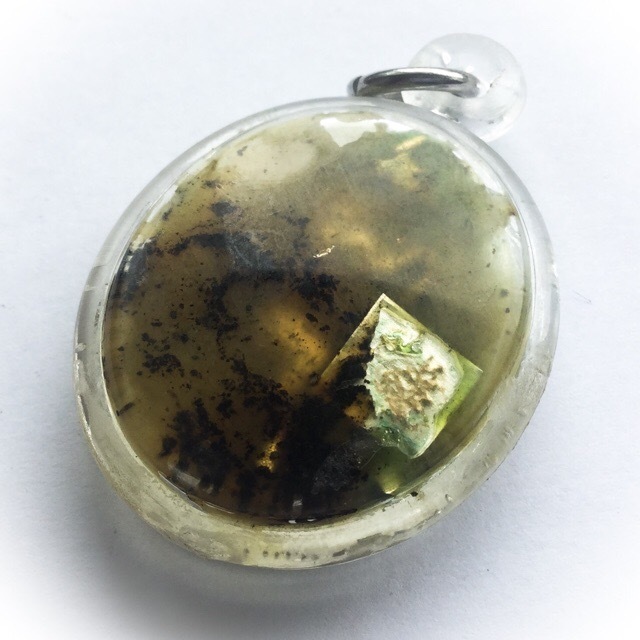 Using to make Holy Water (Nam Montr)
If you want to make Nam Montr to remove the power of Black Magic from a person place or object, or to banish demons and spirits, or exorcise a person who is possessed, then you must make the Nam Montr in the same way as previously explained. But this time you need to use only one Wua Tanu. Then hold the Wua Tanu in your hands and enter Samadhi meditation, focusing as strongly as possible on the Merits of the Buddha.
Chant Na Mo Dtassa Pakawadto Arahadto Sammaa Samputtassa 3 times, and ask for the Power and grace of the Triple Gem the Angels and Deities and Brahmas, Kroo Ba Ajarn (your teachers), and the power of the Mythic Wua Tanu to make the prayer water powerful and endowed with the ability to remove all forms of black magic and evil influence (you can specify particular purposes if you wish to be more detailed in the function of the Nam Montr).
Once you have chanted the Kata of empowerment, you should breathe deeply inwards and blow three times on the Wua Tanu, and lower it into the Khan Nam Montr until it is submerged under the surface of the prayer water.
Then you can use the water for drinking, cleaning yourself and the like to remove any Black Magic spells or unlucky influences. You can wear or carry the Wua Tanu with you, or put it in your vehicle as a protection from accidents of all kinds. If there are ever any visitations or experiences with contacting dark entities, all you need to do is dedicate some of the fruits of your merits to them, and think of Wua Tanu, and they will disappear.
Kata Wua Tanu
(always chant ‘Namo Dtassa pakawadto Arahadto Samputtassa 3 times before any other Kata)
Then Chant the Hnun Taat See (Invocation of the four elements)
Na Ma Na A – Nor Gor Na Ga – Gor Or Nor A – Na A Ga Ang (3 times)
Om Kono Kono Wua Tanu Gao Panwaa Saay Dtaa Gao Pan Muay Tiaw Plaay Duay Tuk Kam Chao Bpen Jao Gae Fhoong Phii Tang Hlaay Puudt Phii lae Phii Prai Chin Hai Dtaay Ya Hai La Thoi Ju Lai Ju Sitti Puttang Sitti Tammang Sitti Sangkang Sitti Swaaha Pa Ta Na Ma 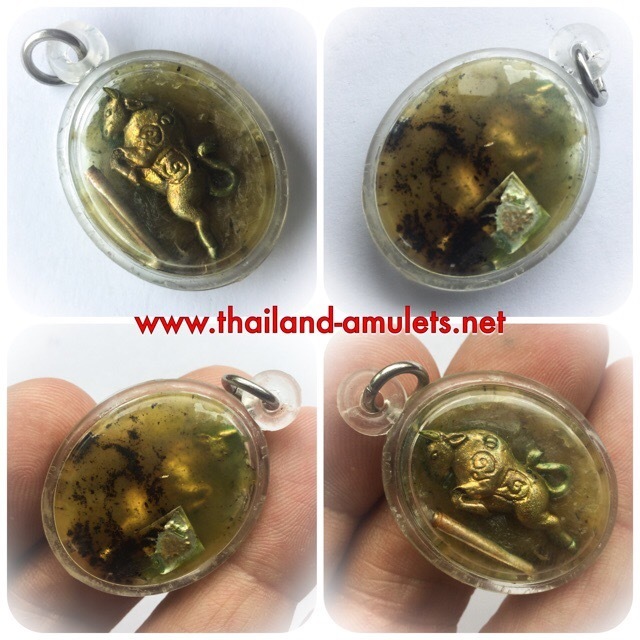