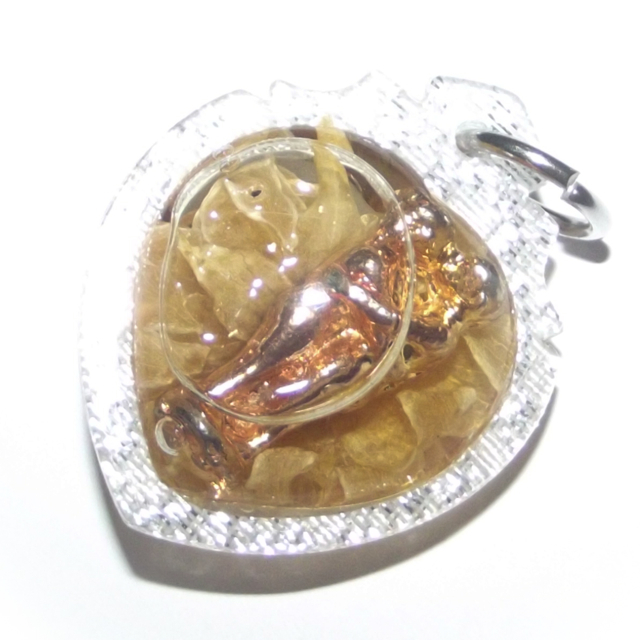 This is one of two versions made The first one (this one) for Heterosexuals as a Chaay-Hying/Hying Chaay type spell (Man-Woman or Woman-Man). These heterosexual versions have different coloured frames, which may be orange, red, white, blue, black, green or purple, etc. 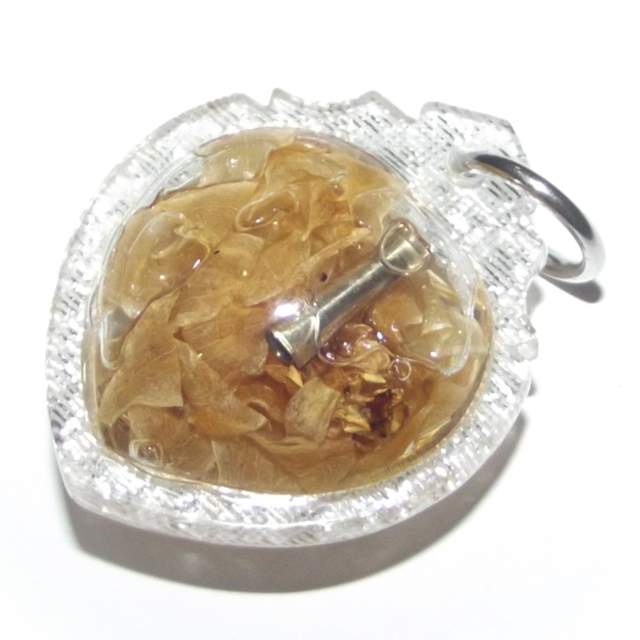 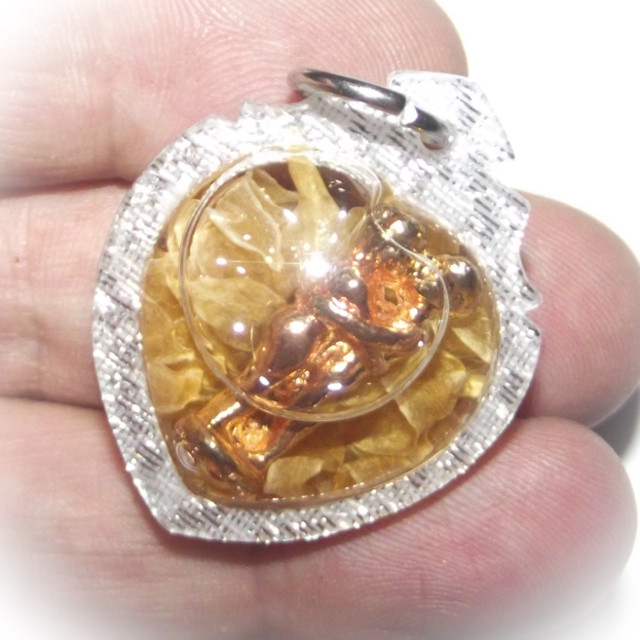 It is said that the Dork Rak Sorn is a flower that in Siam, it is not allowed to be planted in the vicinity of the home. This is because it is believed to be the cause of a lot of trouble with love affairs and love triangles, due to its Magical Maha Sanaeh Seductive Aura.Because this Amulet is Essentially Herbal Maha Sanaeh Earth Magick, you can use the Kata Sek Wan 108, for Empowering and Calling Upon the Rak Sorn Flower. 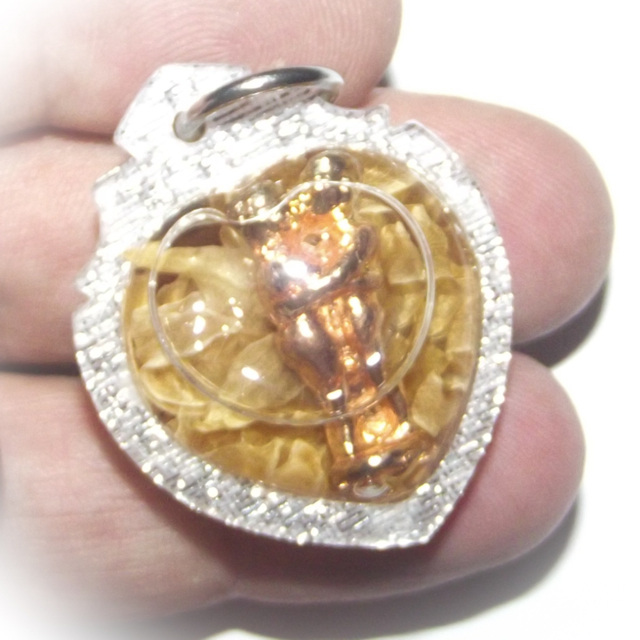 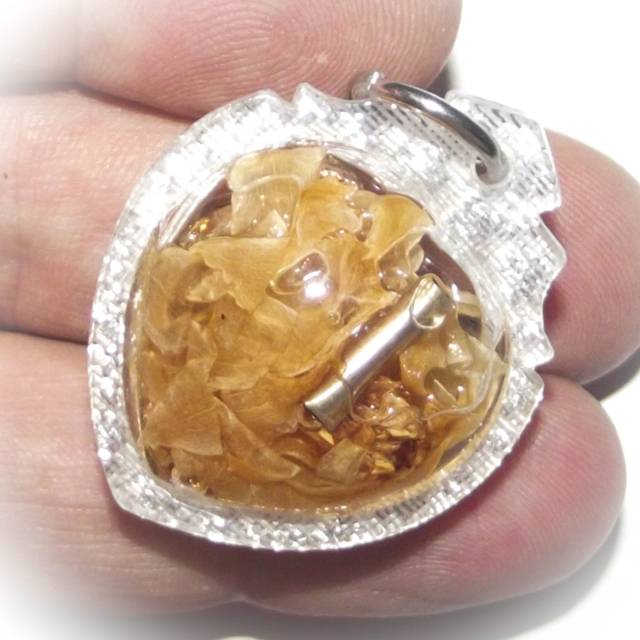 Rak Sorn Flower is often seen used as an ingredient for Metta and Prai Oils, but only rarely do we see, and get the chance to own the whole flower with the Prai Oil as its consecrating oil. One single flower would usually be distributed in quite a few bottles of Prai Oil, whereas this truly Muan Sarn based Potion, focuses on the Power of the Maha Sanaeh Magic of not only the Muan Sarn within the flower, but the flower as an entity in its own right. 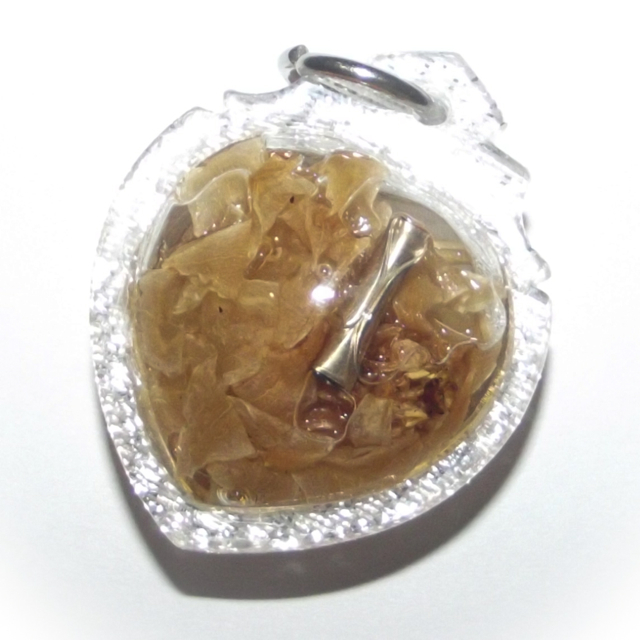 The flower is the magical focal point of this spell, with the oil being a supplementary Empowerment feature, to Consecrate, and Assist the Rak Sorn Flower to Emit its Maha Sanaeh Aura.One could say this amulet/potion (we prefer to simply call it a 'Wicha') is a Magical Formula that is as Authentic as it is Ancient, encased in a form that is aesthetically attractive, allowing this Magic Spell to be a fashionable accessory too, which can be worn on show, whilst maintaining the fact that it has magical properties, a secret. 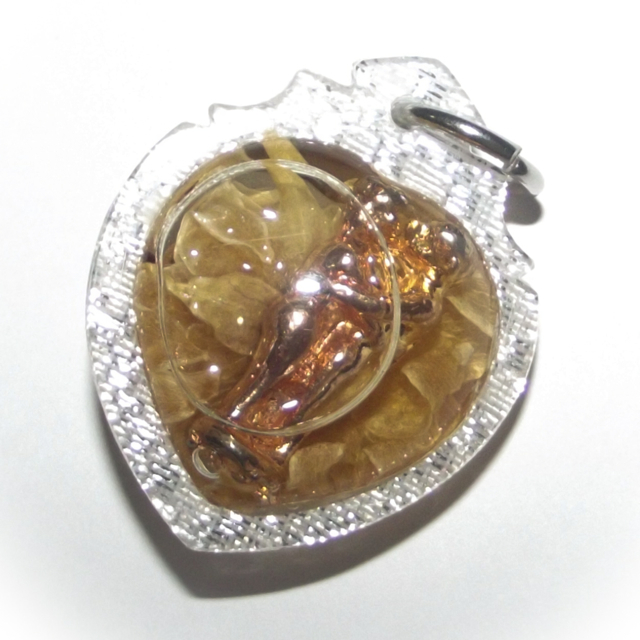 Ajarn Prodt is a reclusive Hermit Sorceror who focuses on using undiluted pure Muan Sarn Sacred Ingredients to produce the most authentic formulas according to the Ancient Magickal Grimoires of the Dtamra of Wicha Saiyasart, and to use only the rarest and most powerful Muan Sarn, along with adherence to all the lengthy methods of empowerment, and Incantations, which are demanded by the Ancient Formulas of Occult Sorcery. 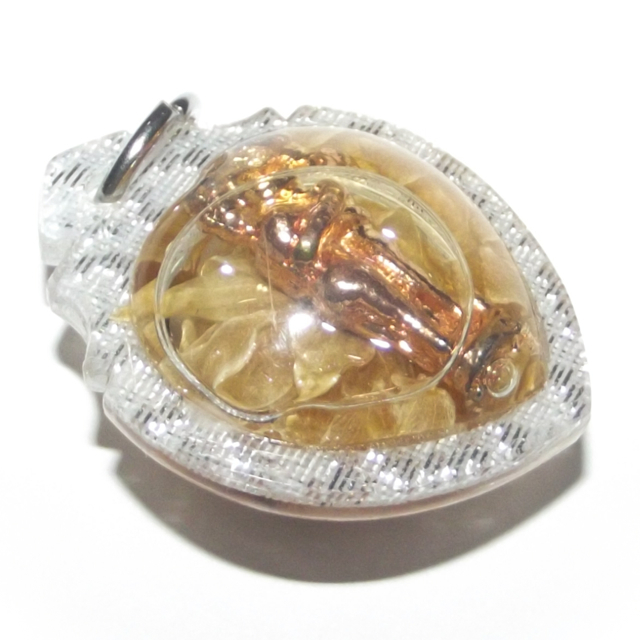 These Rak Sorn Flowers in Hearts, are recommended as a very powerful Maha Sanaeh Potion, that is one of Ajarn Prodt's more affordable items, and for those who are interested in the Power of the amulets of Ajarn Prodt, these are also recommendable entry stage amulets, to test the power of his Magic, before investing in any of his more highly priced (and Prized!) amulets of Ajarn Prodt