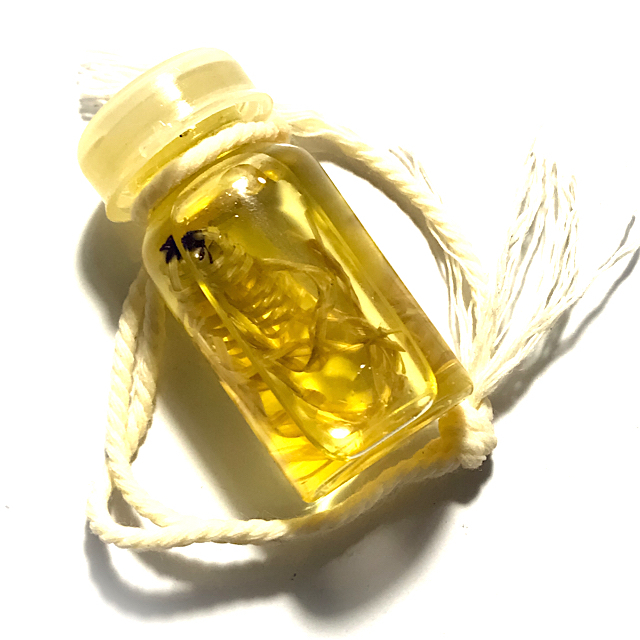 Special woven Hun Payont 'Whickerman' effigy from the 2556 BE Wai Kroo of Luang Por Bpun Tammabalo at Wat Ban Sangkh in Roi Et. This is a special version of Luang Phu Bpuns 'Ai Geng Gang' Hun Payont which uses immersion and consecration of the effigy in Nam Man Prai Oil, to continuously charge and empower the Hun Payont with Magical Power, and to transmit your prayers and incantations, and exude enchantments through affecting the pheromones.

In Western magic, the Hun Payont is called a 'Fetch' (See Dione Fortune's 'book Psychic Self Defence') and is an extension of the Etheric Body of the Practitioner, or of another Spiritual Being. In this case it is the awakened mind of the Hun Payont which is the ruling Entity and is able to Protect, Aid and Assist you in your Undertakings. 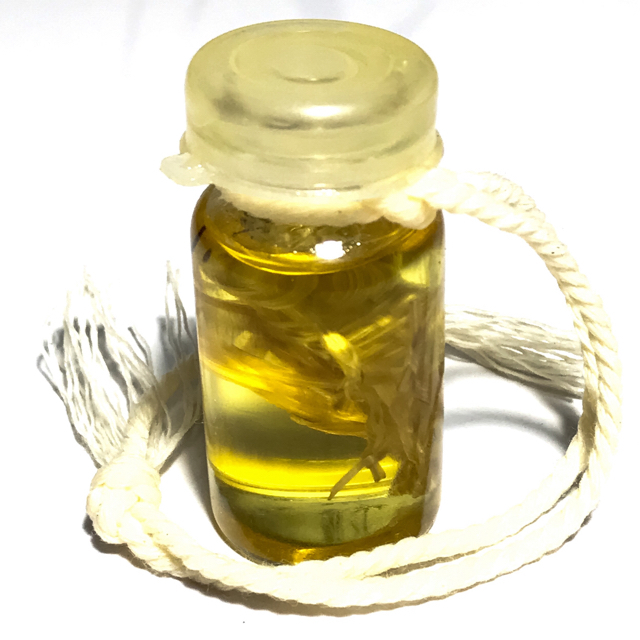 Luang Phu's Hun Payont are considered to be made with True Master Wicha and second to none in the whole country for their Power. Made using the Ancient methods and built to last, empowered with authentic Sorcery Wicha of the Master Lineage of Luang Phu Bpun. A highly Sacred and Rare Wicha from this master, whose Hun Payont are truly made by the Ancient Powerful Methods of the Original Wicha. 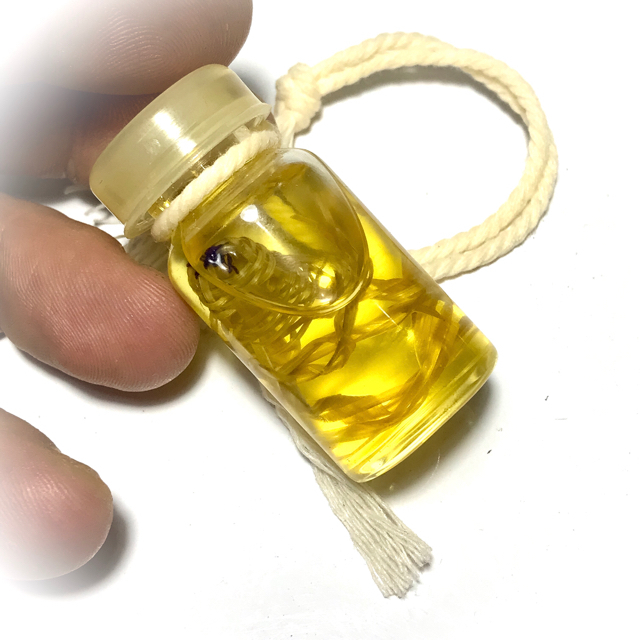 The Hun Payont is intended for use as a personal ‘Fetch’ (Fetch is an Occult Terminology referring to a personal obedient assitant in the spirit world which has a physical form to inhabit in Talismanic Form). Hun Payont is comparable to a Golem, who watches over you and obeys your commands. In Jewish folklore, a Golem (/ˈɡoʊləm/ goh-ləm; Hebrew: גולם‎) is an animated anthropomorphic being, magically created entirely from inanimate matter. The word was used to mean an amorphous, unformed material (usually out of stone, wood, rattan and clay) in Psalms and medieval writing. (Wikipedia). 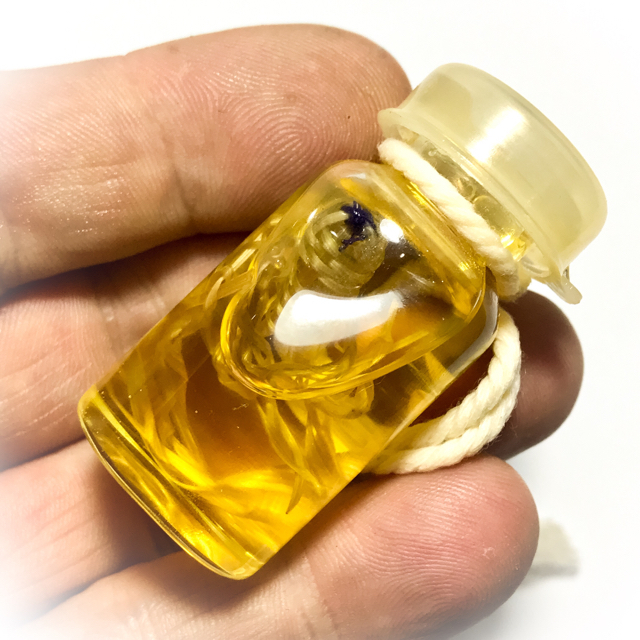 In Siam, the Hun Payont was traditionally made using bound rattan, straw, or molded from earthen clay, and even cast metal statues are found to be used, with different ‘Wicha’ (Sorcerous Methods of Empowerment), in order to perform successful reanimation of the Effigy.

The Hun Payont is Extremely popular amulet with Business persons, lottery players (4D) and gamblers, as well as speculative investors (Forex etc) for its powerful results, as well as its protective qualities to watch over home and business premises. 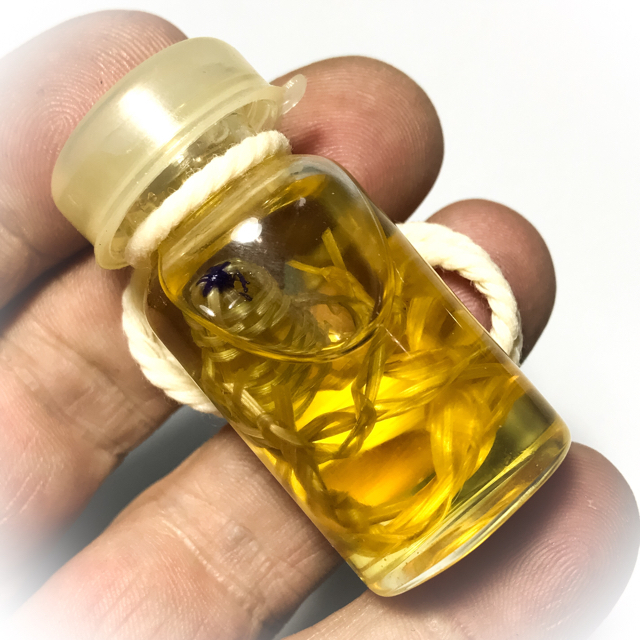 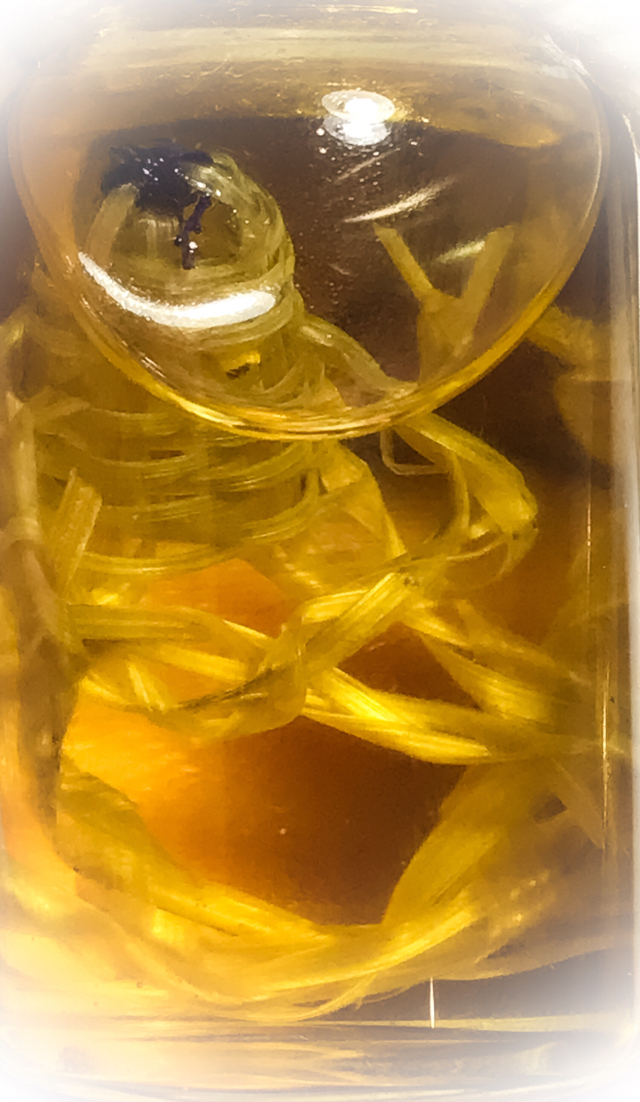 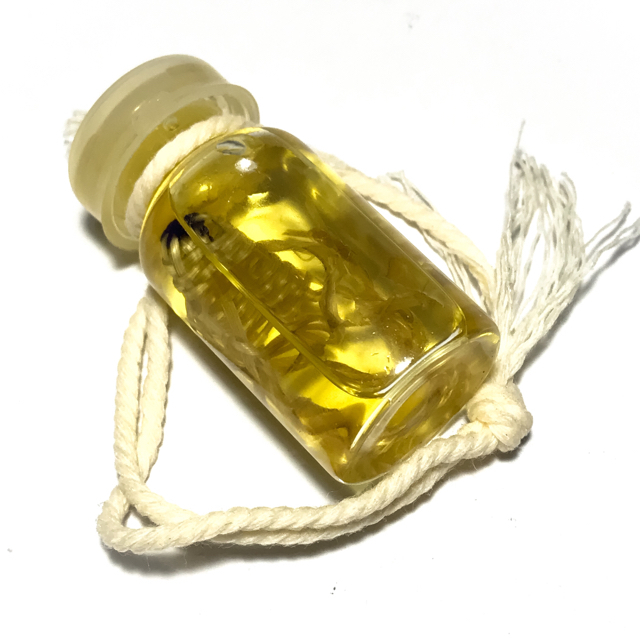 Luang Phu Bpun is very precise and diligent in his making of Hun Payont, taking a whole year to prepare them, empowering each Hun Payont one by one individually in each stage of the process. His deep and focuse meditative ability and powerful Kata Akom are second to none, The Hun Payont Dtua Boran of Luang Phu Bpun is probably the most powerful Hun Payont to be made in the Current Modern Era, with its truly ancient Wicha from a Long Lineage of Great Masters, and empowered by a Monk of undoubtable Meditative Powers and Powerful Spell casting ability. 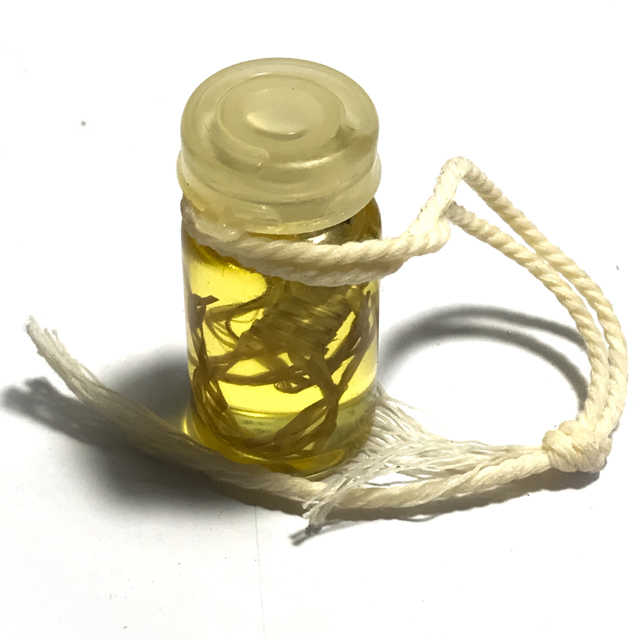 The Hun Payont began by cutting 'Yaa Kaa' (the straw used for roof laying) found growing in 7 Cemeteries, and lay it out to dry. The Yaa Kaa was then bound into the form of a human. The Hun Payont were immersed in Nam Man Prai Nang Dtanii, and the potion phials were sealed with a spell using 'Daay Joong Sop' (the threads used to bind the hands of a corpse in the coffin). Each Hun Payont is slightly different in shape and size, because they are all hand made from magic straw. Then they are consecrated in Nam Man Prai Nang Dtanii (Prai Banana Tree Lady Ghost Oil), in order to cause supernatural powers to be invoked within the effigy.

The Ghost Soldiers . Metta Mahaniyom and Maha Sanaeh magic is imbued within the effigy, as well as Kong Grapan Chadtri and Klaew Klaad protective and evasive magic

Luang Phu Bpun inserted a compendium of Incantations, and summoned the presence of the Ghost Soldier to reside within the effigy along with the spirit of the Nang Prai Dtanii, to bring prosperity, protect, and to fend off Dangers. Anti Black Magic is embedded within the Prai Oils of the Nang Dtanii Prai Lady Ghost, keeping all Curses and Evil Magical Beings at bay. An excellent piece of Temple Paraphernalia and an Inimitable Luck Bringer, Assistant and Protector for the Household.

The Nam Man Prai Hun Payont can (and should) be kept in a suitable receptacle when placed on the altar, be it permanently, or (in the case you take it with you on missions) when returning home and not using it. In Thailand, we like to keep small statues and Bucha Items on a 'Pan Kroo' offerings tray, as seen used in Thai Buddhist Temples, to place the image, or amulet on when not in use, or for permanent altar worship. We have provided the option to buy a Pan Kroo (see below image for example), in the case you may you desire to use this method of placement for the amulet. 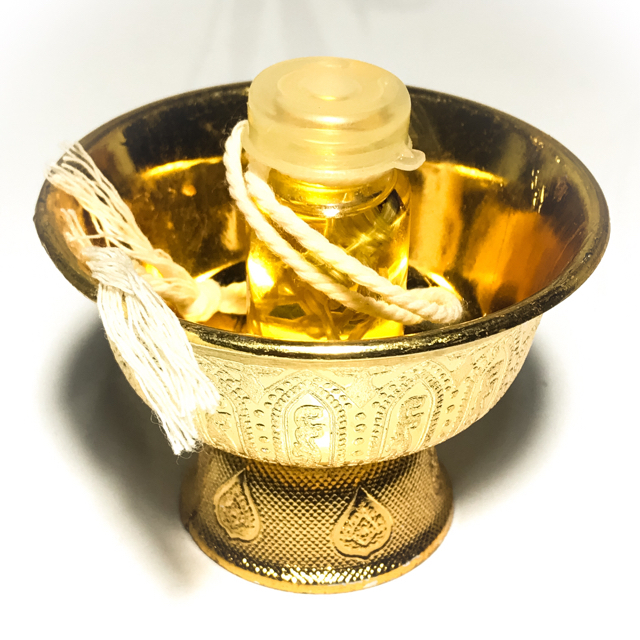 MP3 Sound Tutorial for Kata Pluk Hun Payont by LP Bpun is available for download immediately after purchase by going to your account page here and looking under the files tab to download. 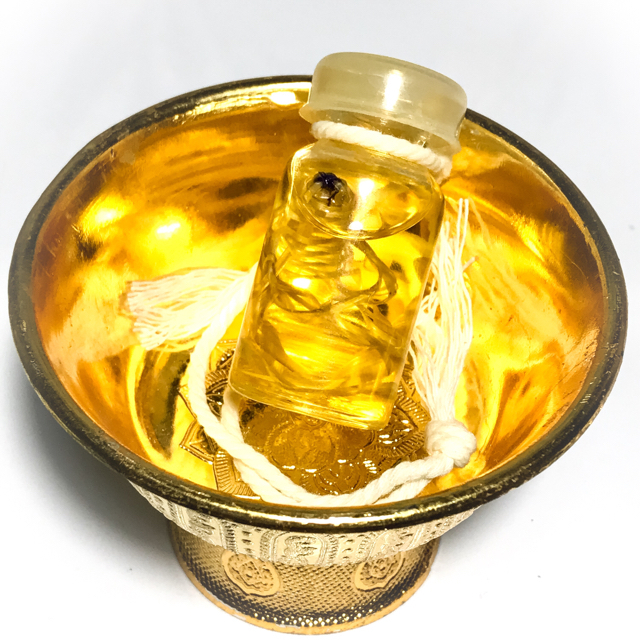 Use For or Summoning and Praying to the Mae Nang Prai Dtānī Banana Tree Lady Ghost.

The raising or keeping of a Hun Payont, and also actually the Mae Hong Prai Deity, is very much like that applied for the Kumarn Tong Deities, except that one shold consider the older age of these Deities when giving offerings. Each Inpidual Master may have different rules for the Hun Payont they make, which can be added or used to replace the usual Kata for chanting, depending on your preference and what feels faith instilling to you. 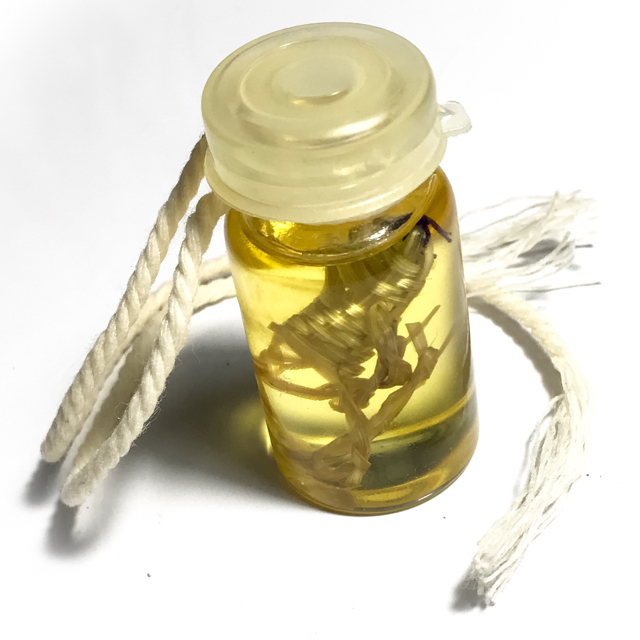 You can be flexible with what you offer, depending on what is convenient or what you feel your Deities will like to receive. 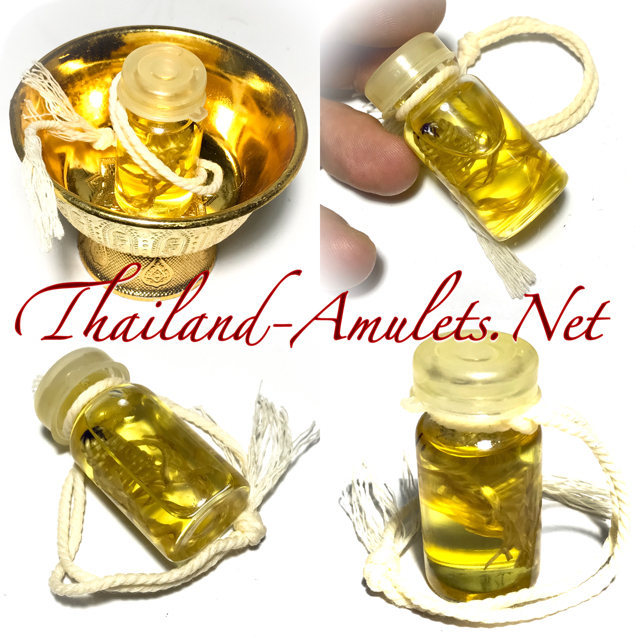