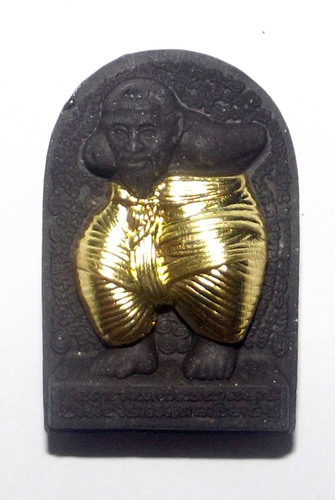 Extra Special and Eagerly awaited edition of Por Tan Kloi's famous Hun payont Ghost Soldiers in the from of the Dta Ba Khaw Wise Hermit, as commony used by Por Tan Kloi, great Master of the Khao or Magical School of Sorcery, and considered to be the Master Wicha holder for Hun Payont effigies in the South of Thailand. This particular model is in 'Nuea Maha Wan Dam Gang Geng Tong Fa Badtr' (Black Powders with Sacred Alms Bowl Brass metal Trousers).

This is just one of a vast range of different versions of Hun Payont Dta Ba Khaw amulets made in this series from Por Tan Kloi, which have been awaited with great expectation from the Southern Thai Devotees of Por Tan Kloi, and by those who prefer the Coin or Powder Type amulet more than Loi Ongk statuettes, this is thus the first time ever that it is possible to obtain a Hun Payont from Por Tan Kloi in medallion Talisman form. 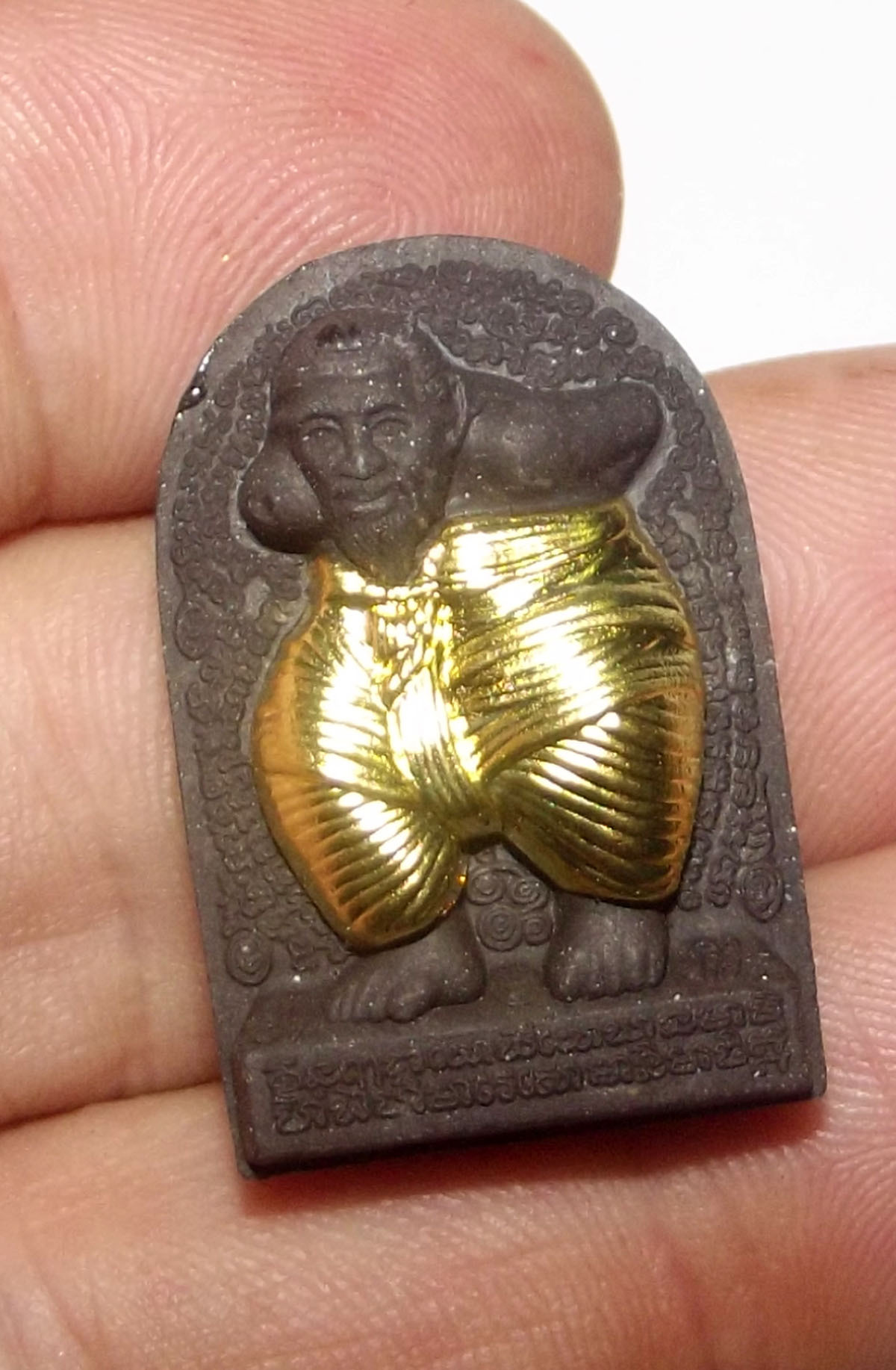 These amulets were blessed and empowered in an extremely powerful, sacred and famous Puttapisek ceremony which hit major newspapers and even International Publications. In addition to the Hun Payont, some Sacred Metal Yantra Coins with the ten thousand Incantation Yant were also released. 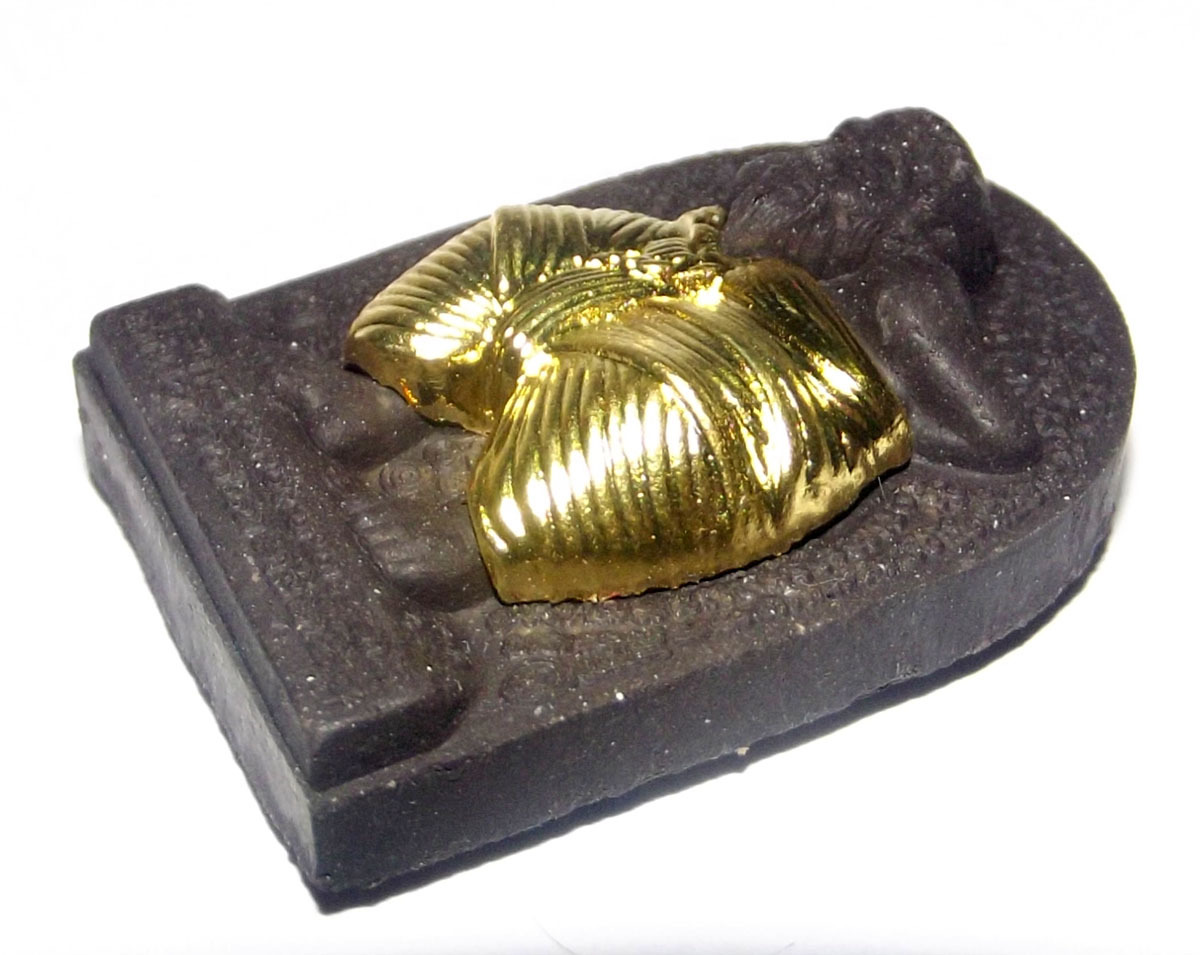 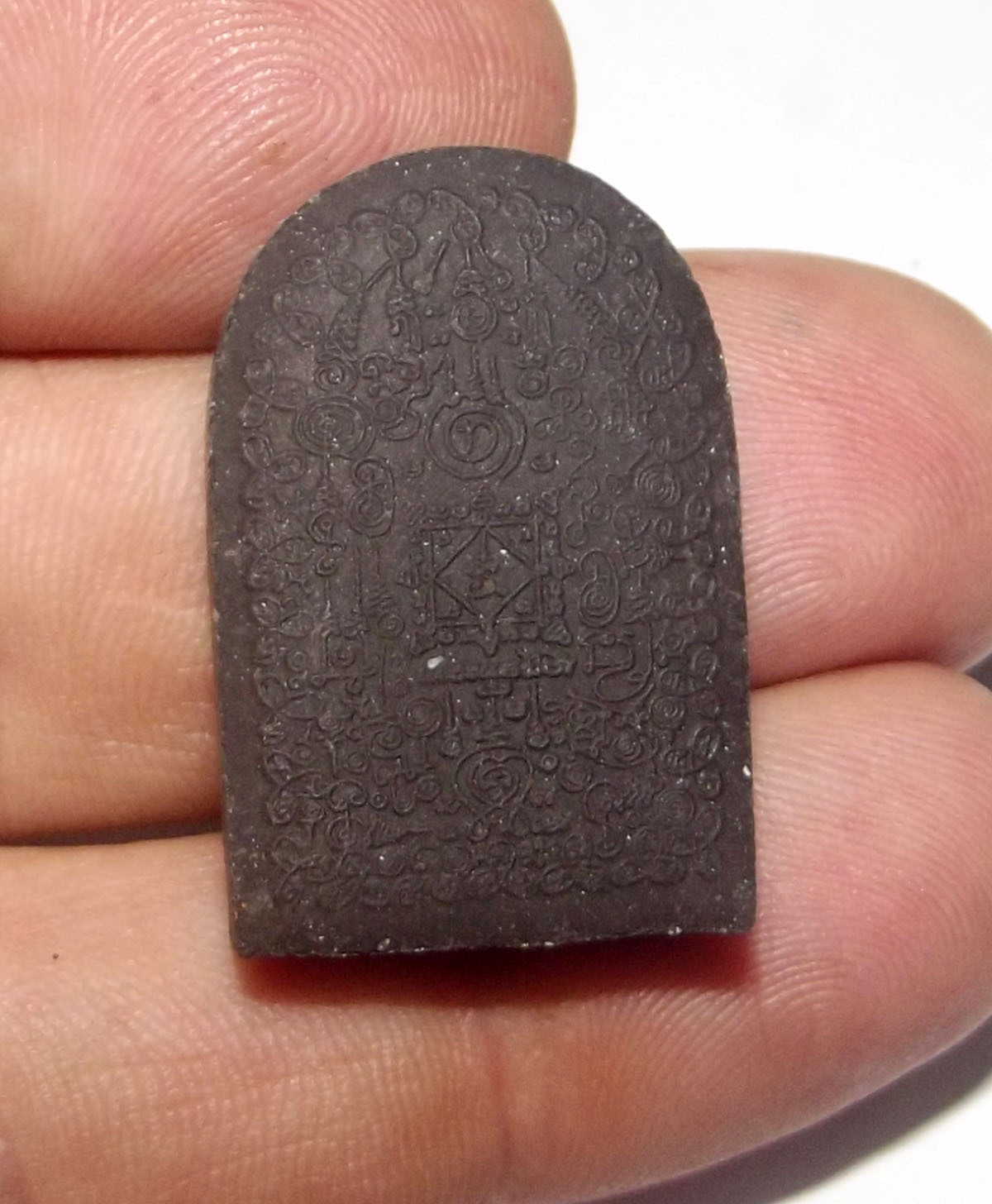 This is the black powder version (Nuea Maha Wan Dam Gang Geng Tong Fa Badtr) with Sacred Alms Bowl brass trousers affixed to the image. The 'Muan Sarn' powders of the versions with metal trousers are visibly richer in powerful components, herbs, pollens, kayayaks earths and minerals. White powders are more Puttakun and Metta orientated whereas Black powders are more Kong Grapan and Anti Black Magic. The rear face actually has an Ancient Yantra inscription upon it with 10,000 Sacred Invocations, as do all amulets in this edition, which uses the Wicha of the Great Hmeun (10,000) Yant to empower with. 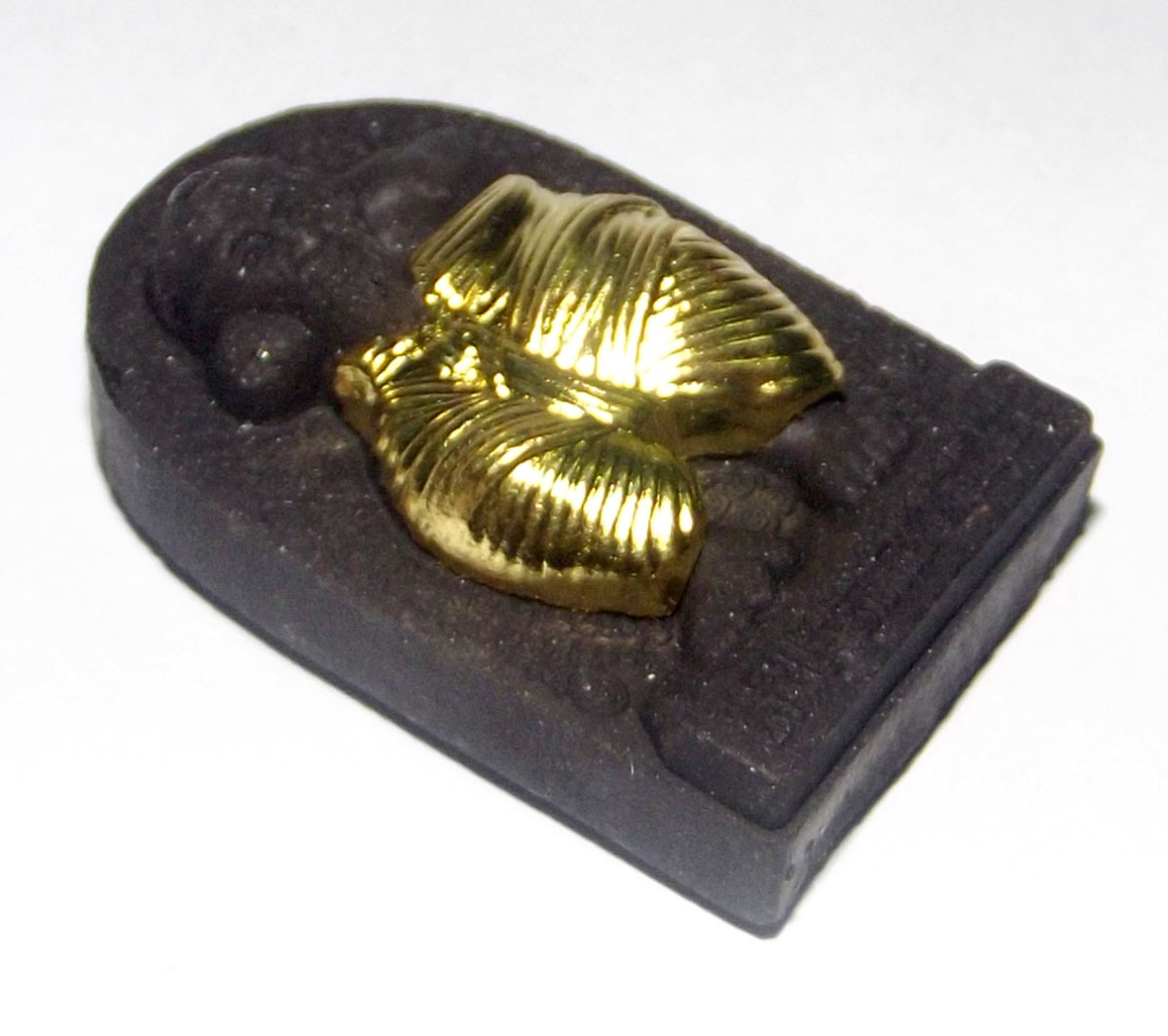 These Dta Ba Khaw Hun Payont Spirit Assistants, work as a kind of Sorcerous Valet who cares for your safety and well being, protecting and nourishing. He can be used to complete and fulfill missions and tasks which are beyond your own abilities, in exchange for your making and sharing of merits with the Hun Payont. 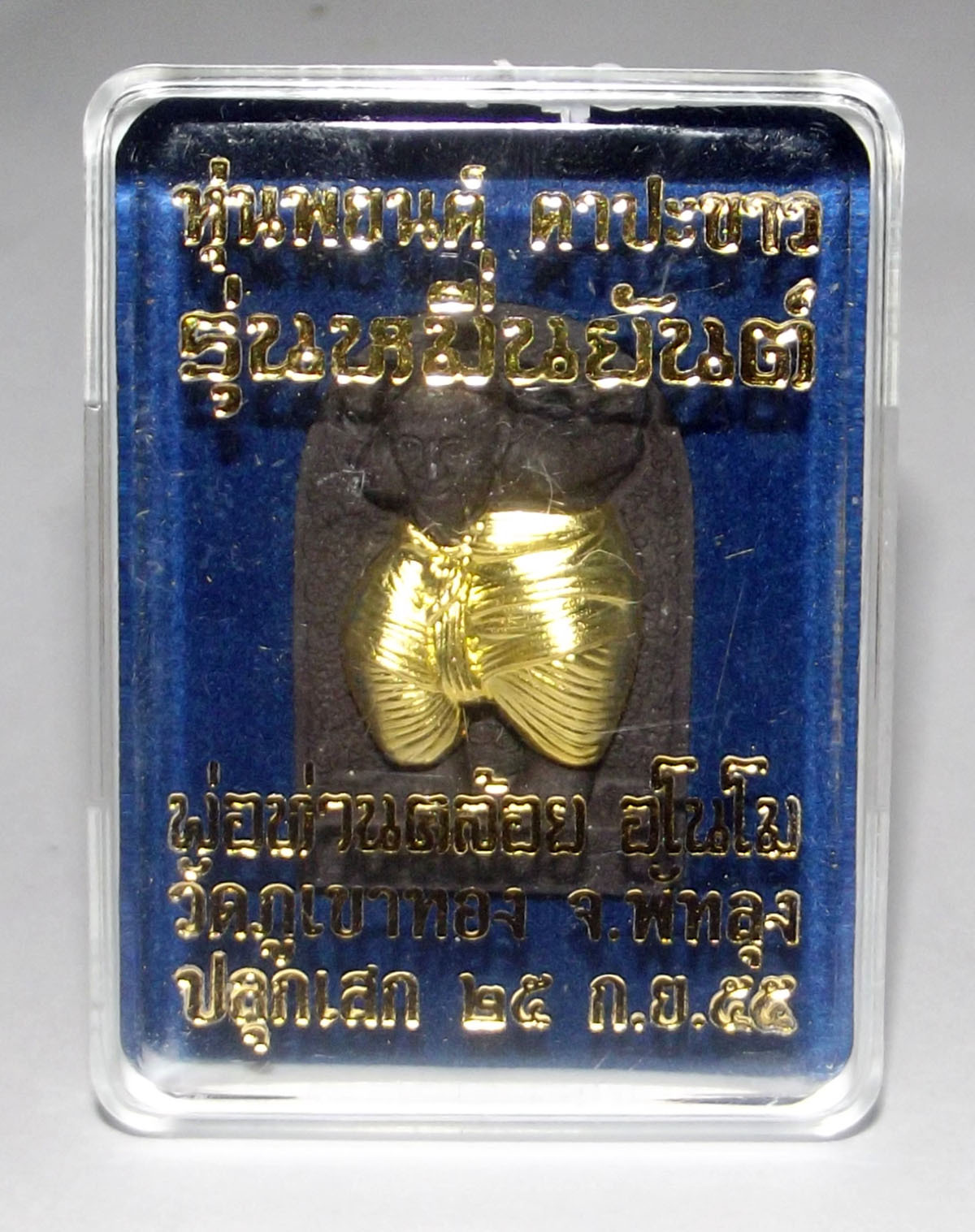