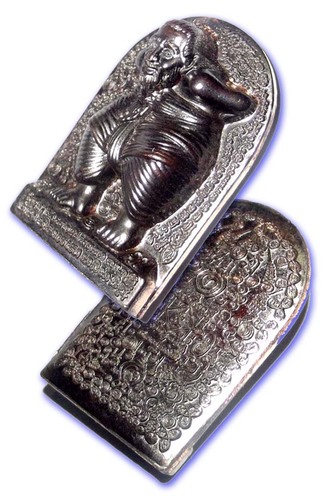 Extra Special, and Eagerly awaited edition of Por Tan Kloi's famous Hun Payont Ghost Soldiers in the from of the Dta Ba Khaw Wise Hermit, as commony used by Por Tan Kloi, great Master of the Khao or Magical School of Sorcery, and considered to be the Master Wicha holder for Hun Payont effigies in the South of Thailand. This particular model is in 'Nuea Nava Loha'. Nava Loha, is a Preferred Sacred Alloy, made from Nine different Metals, some from Smelted Sacred Artifacts, and some Precious, such as Silver, Bronze, and Gold. Sacred Metal Yantra Foils and previous edition amulets are always Smelted into Metallic Amulets. 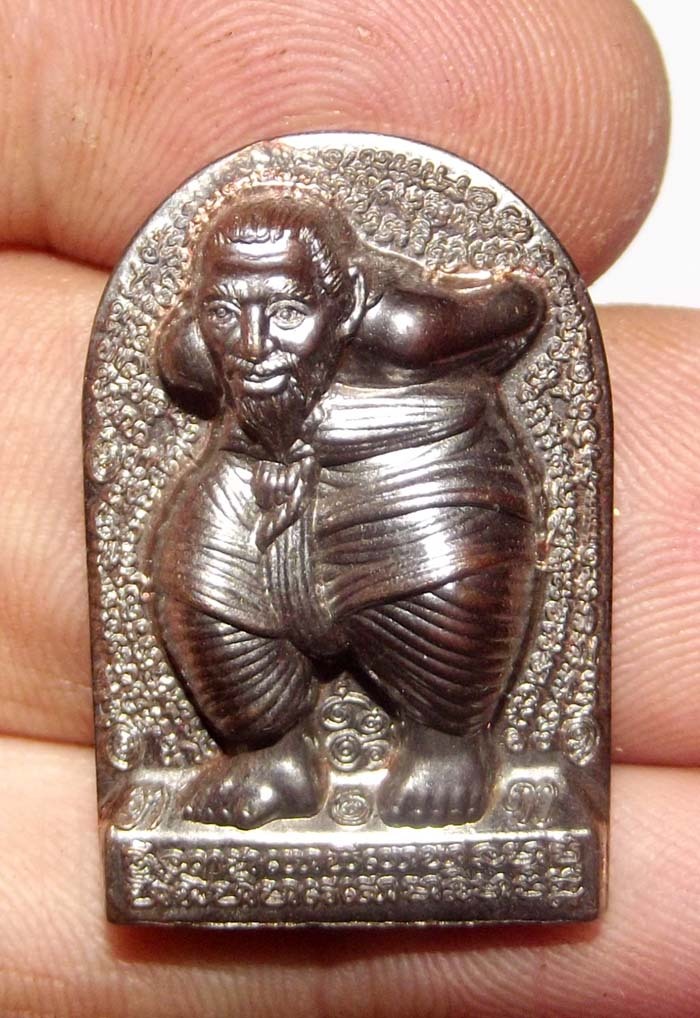 These amulets were blessed and empowered in an extremely powerful, sacred and famous Puttapisek ceremony which hit major newspapers and even International Publications. In addition to the Hun Payont, some Sacred Metal Yantra Coins with the Ten Thousand Incantation Yant were also released. 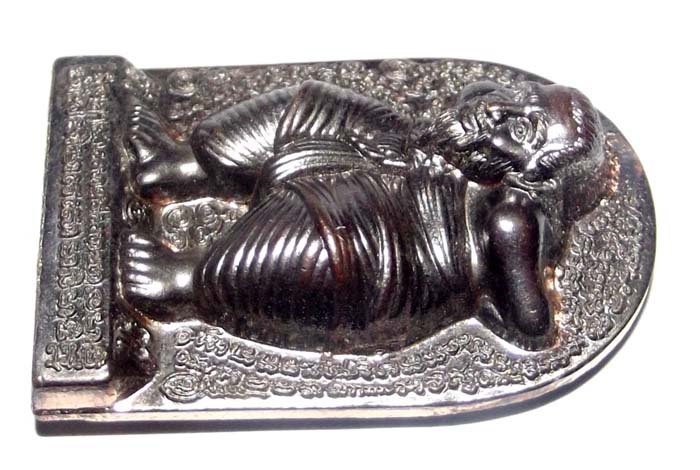 1000 Amulets made in Nuea Nava Loha 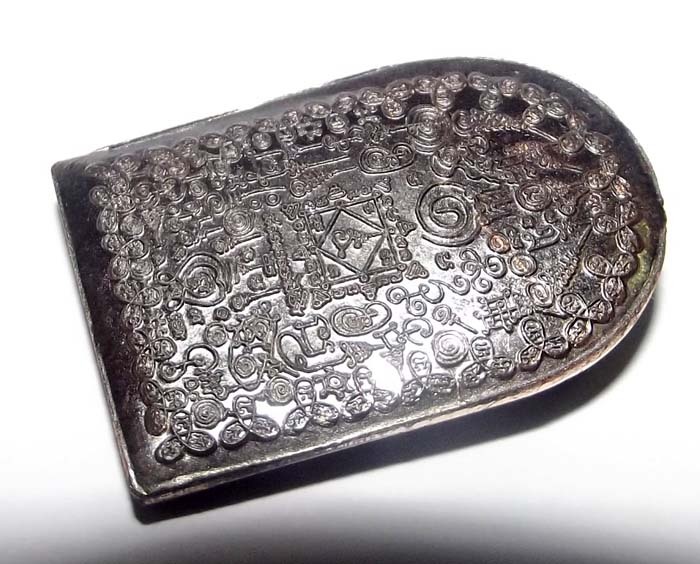 This is the Upper Mid Range level of the Series, which is made Nine Metals, Alchemically Smelted along with Sacred Yantra Foils with Spell Inscription from Various Masters and Temples, with previous editions of Amulets and Sacred Metals, with Kayasiddhi Minerals, to form an Alchemical sacred Alloy, born of Fire and Incantations. Many different Sacred Metal versions were made, some with Precious Metals. a range of eight different Sacred powder based Hun Payont were also released in Black or White Powders, and also somoe special Powder versions with varying colored metal trousers. The 'Muan Sarn' powders of the versions with metal trousers are visibly richer in powerful components, herbs, pollens, kakyayaks earths and minerals. White powders are more Puttakun and Metta orientated whereas Black powders are more Kong Grapan and Anti Black Magic. 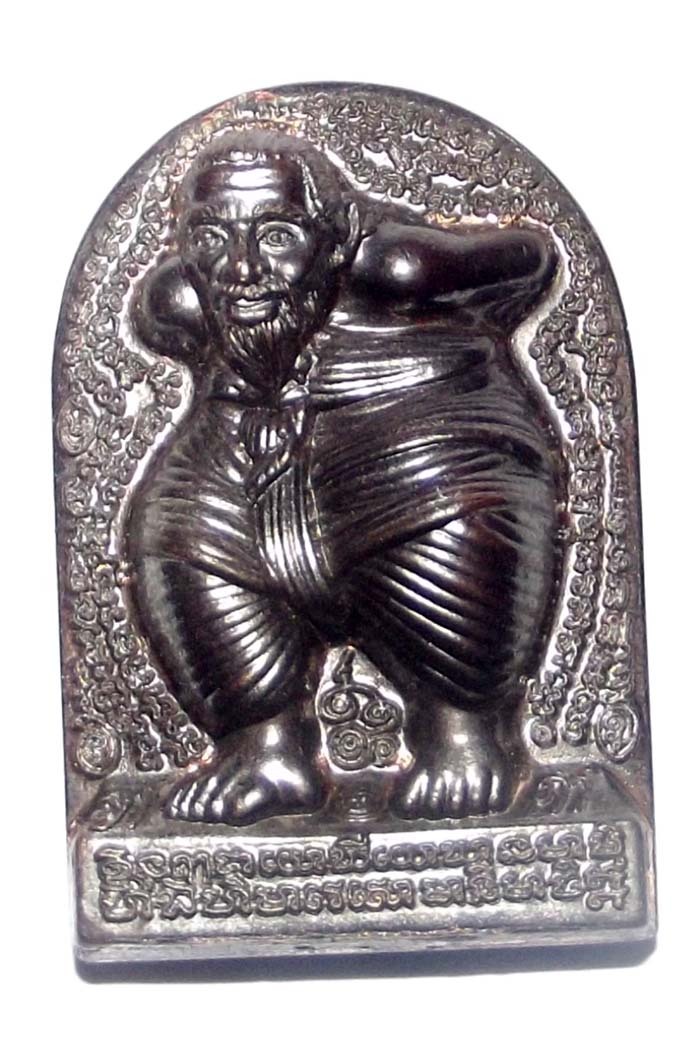 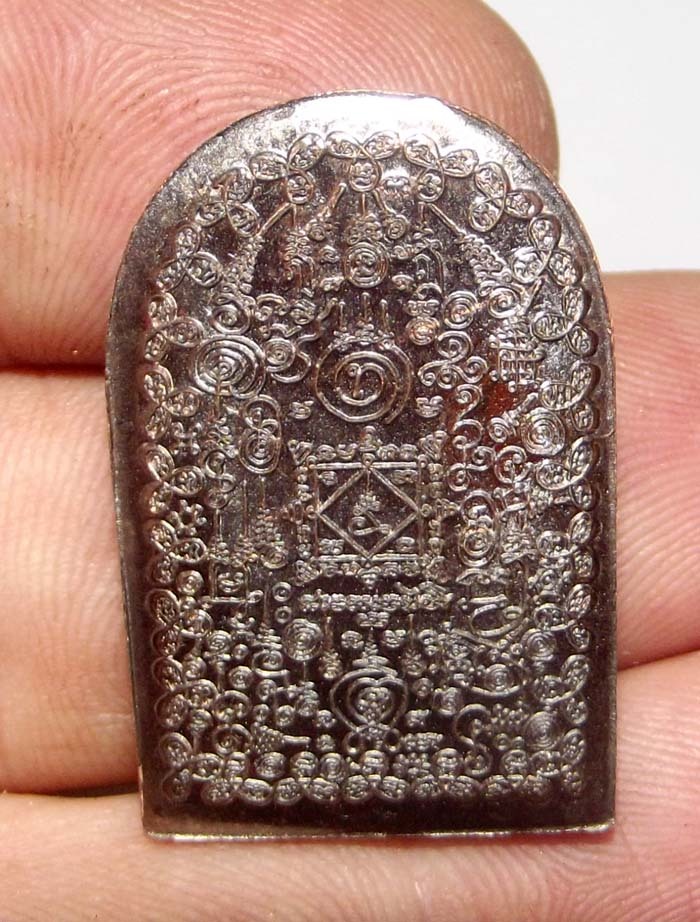 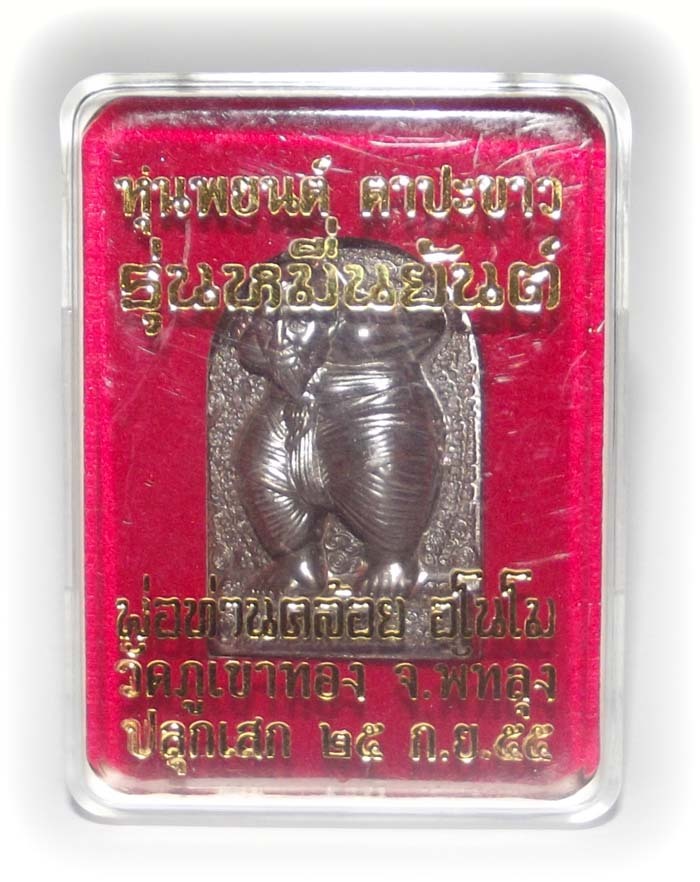