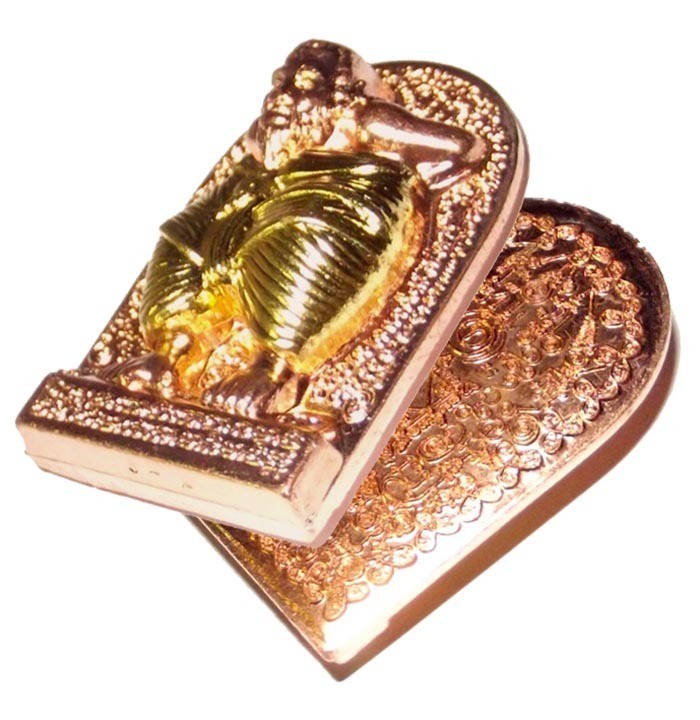 This particular model is one of the Mid Range Models in 'Nuea Tong Daeng Hnaa Fa Badtr (Sacred Copper Alloy + Almsbowl Brass Trousers). Tong Fa Badtr was, the Preferred Sacred Alloy in Olden Times before the Advent Modern Alloys and Casting Methods, and the Introduciton of the Use of Precious Metals, to Elaborate the Amulets for the Aesthetic needs of the Modern Age. It is still a traditional Favorite for Buddhist People who feel Rature and Reverence at the thought of their amulet being made form smelting the lids of Monks Alms Bowls, along with Smelted Sacred Artifacts, and Yantra Foils with Inscriptions from the Khao Or Masters. Sacred Metal Yantra Foils and previous edition amulets are always Smelted into Metallic Amulets as a Common Practice. 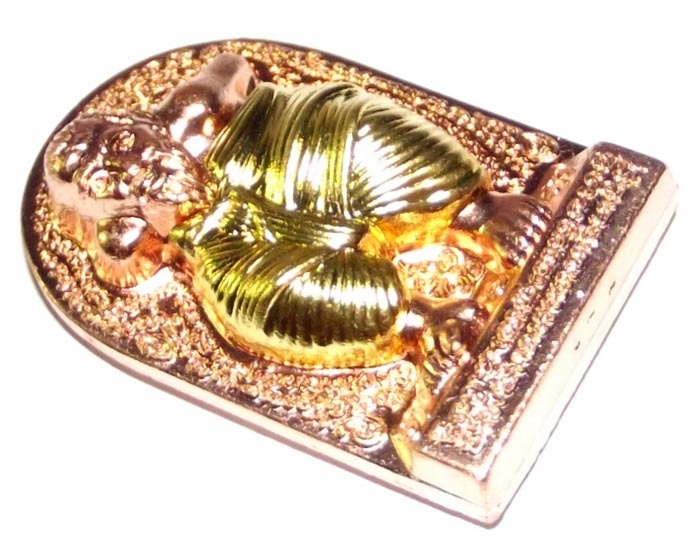 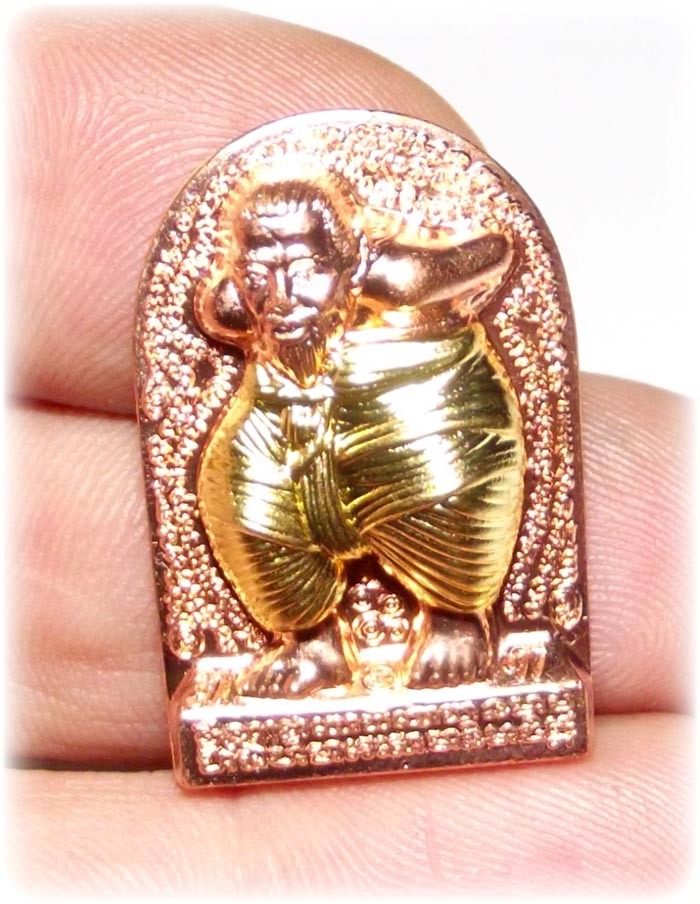 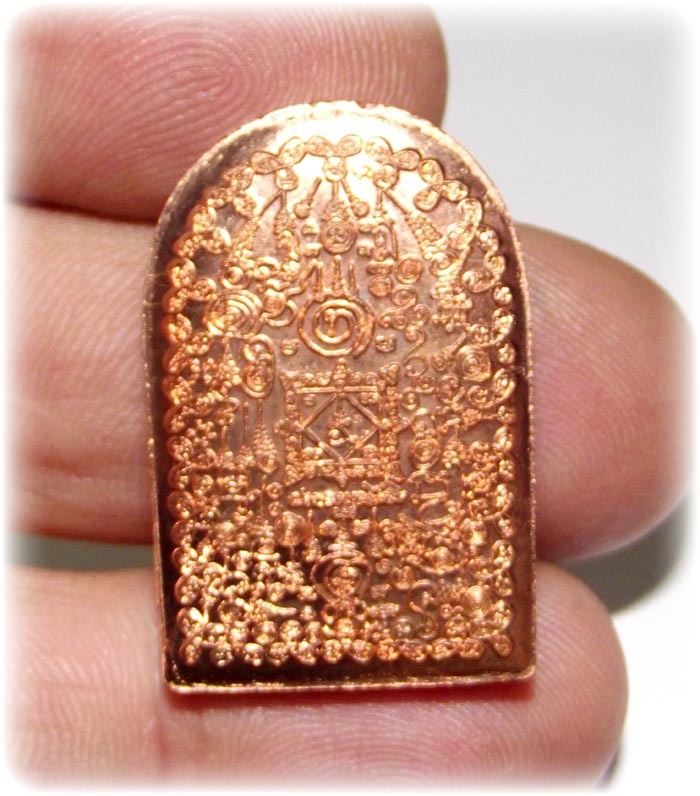 Alchemically Smelted along with Sacred Yantra Foils with Spell Inscription from Various Masters and Temples, with previous editions of Amulets and Sacred Metals, with Kayasiddhi Minerals, to form an Alchemical sacred Alloy, born of Fire and Incantations. Many different Sacred Metal versions were made, some with Precious Metals. 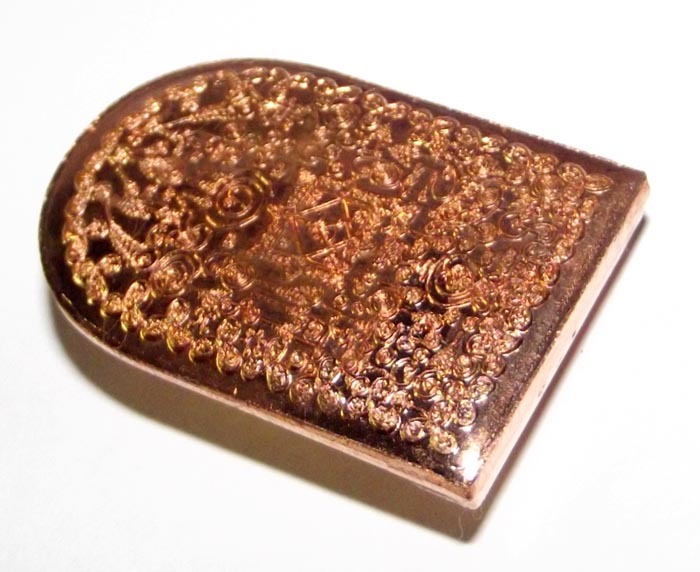 The rear face of the Amulet has an Ancient Yantra inscription upon it with 10,000 Sacred Invocations, as do all amulets in this edition, which uses the Wicha of the Great Hmeun (10,000) Yant to Empower them with. These Dta Ba Khaw Hun Payont Spirit Assistants, work as a kind of Invisible Guardian and Valet, who cares for your safety and well being, protecting and nourishing. He can be used to complete and fulfill missions and tasks which are beyond your own abilities, in exchange for your making and sharing of merits with the Hun Payont. 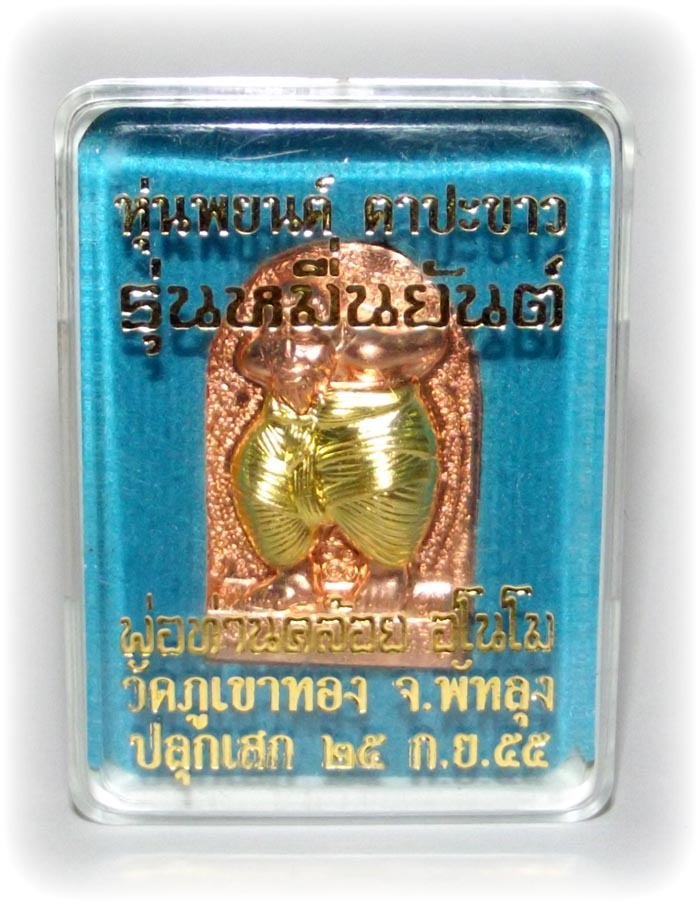