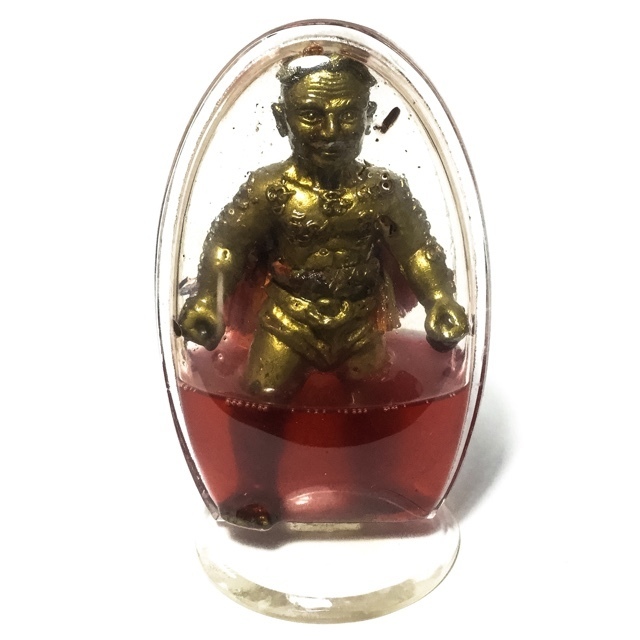 Hun Payong Golem Ghost Nakmuay Warrior in Sorcerous Alchemical metal Alloys consecrated in Nam Man Hoeng Prai Necromantic Oils with herbs and This large size Hun Payont effigy is designed to protect your household from thieves and other dangers, and to increase your fortune and call customer into your shop, or place of Business.

This Hun Payont is one of two versions which were encased in transparent casing and soaked in powerful 'Nam Man Hoeng Prai' (Prai Spirit Oil). There were 2 Ongk Kroo versions in oil of the Bucha size made, the first Ongk Kroo with no metal base, and with the Ongk Kroo Pised version having a more concentrated Prai oil, and 2 Takruts on a seven colored thread, with a metallic base filled with necromantic relics. 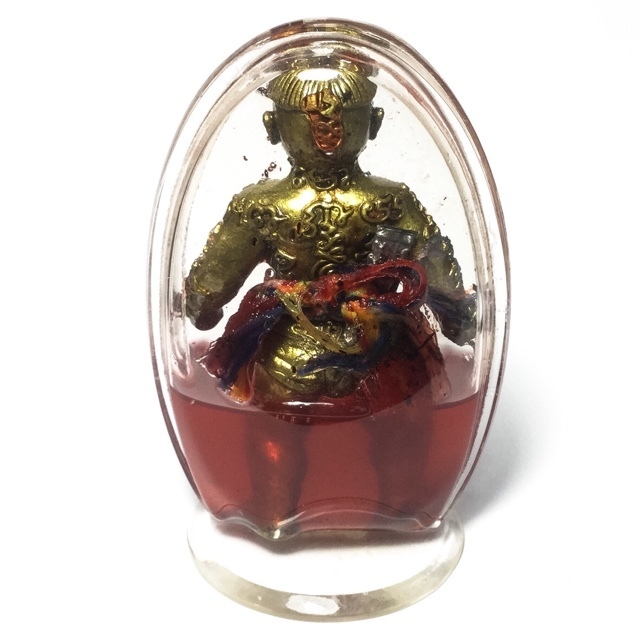 When Luang Phu Naen began making and released Hun Payont in 2551 BE, the Devotees flocked to the temple and in no time all of the Hun Payont were rented out to the point of depletion in a very short time, and these Hun Payont are now extremely rare and almost impossible to find anymore, for they are prized and guarded possessions of the Looksit who believe in the immense power of this spirit assistant. 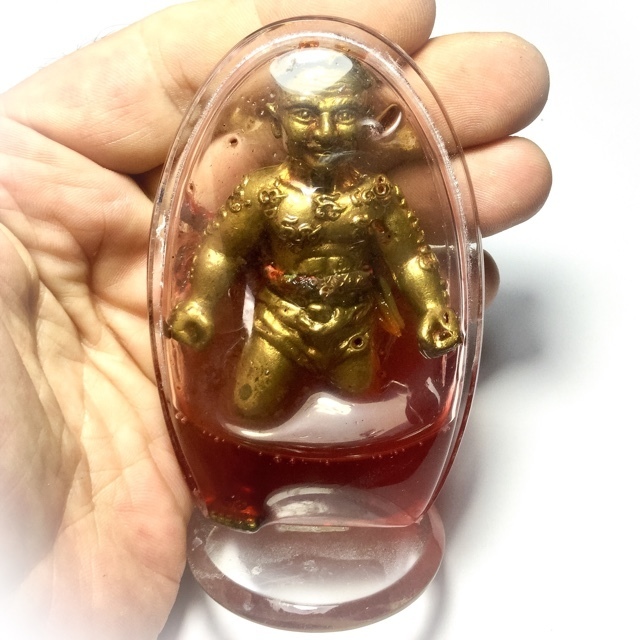 And now, for the second time, on the auspicious day of Luang Phu Naens rising ascendant sign, on the 26th March 2554 BE, Luang Phu performed the homage ceremony to the Kroo Masters of his Ruesi Lineage (Wai Kroo Burapajarn).

He performed the final raising of the Chadtra Parasol on top of the Tong Taep Tara Sethee Chedi Relic Stupa as completion of its construction on the same day. This of course made it a doubly sacred occasion in which the Devas should arrive and attend in throngs for such an auspicious occasion. 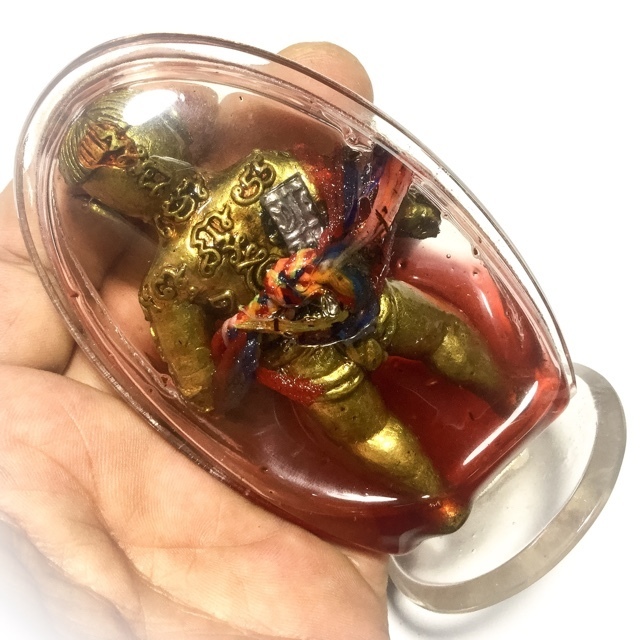 To mark this occasion and help fund the massive costs of such a Grand project, as well as to repay the Looksit for their generosity and suport and protect and incres their fortunes, Luang Phu has made the Hun Payont Maha Nam Choke Dtua Kroo (and a large range of other magic amulets and charms).

Luang Phu Naen had decided to create a large Bucha statue of the Hun Payont Hmern Haan Nam Choke for installation in the home, car, or place of business. 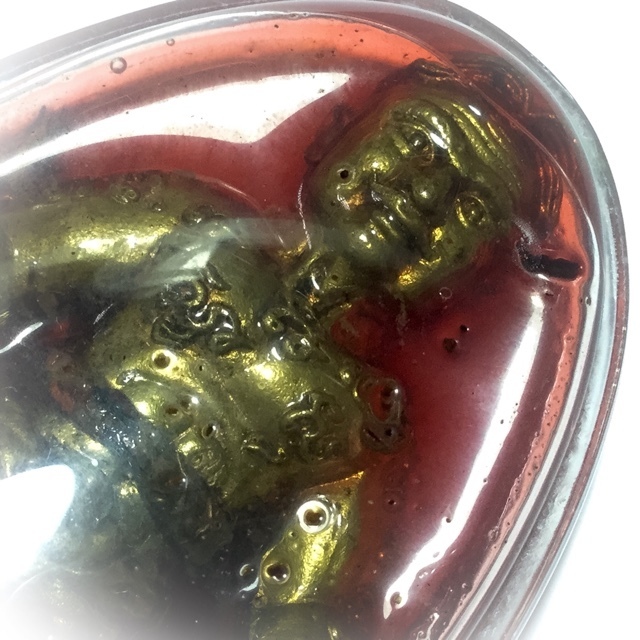 The reason the Hun Payont is named 'Hmern Haan' (LP Naen tells), is that Hmern Haan was a soldier who was so strong and able bodied, that he was able to fight with a Buffalo single handedly without the aid of any weapons, and beat the buffalo and kill it with his bare hands! 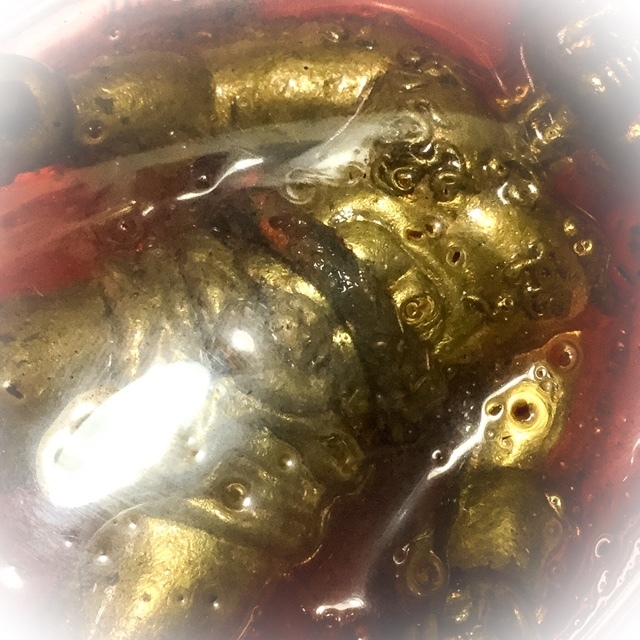 The 'Chanuan Muan Sarn' (sacred metals used to smelt the effigies), was composed of old metals from the first 2551 edition of Hun Payont effigies, and mixed with Yantra Foils which Luang Phu Naen had made and given Incantations and Jhanic empowerments over a period of 3 years. 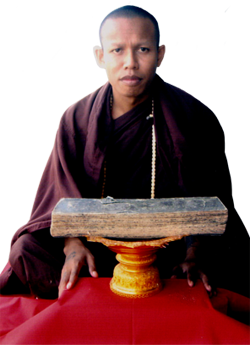 Both the metals and the Hun Payont itself are extremely powerful because Luang Phu Naen has invoked the Kroo Deities of his lineage and Masters to attend in his presence and assist in the empowerment by sitting in the spirit world at his side and join in in his Incantations and empowerments. 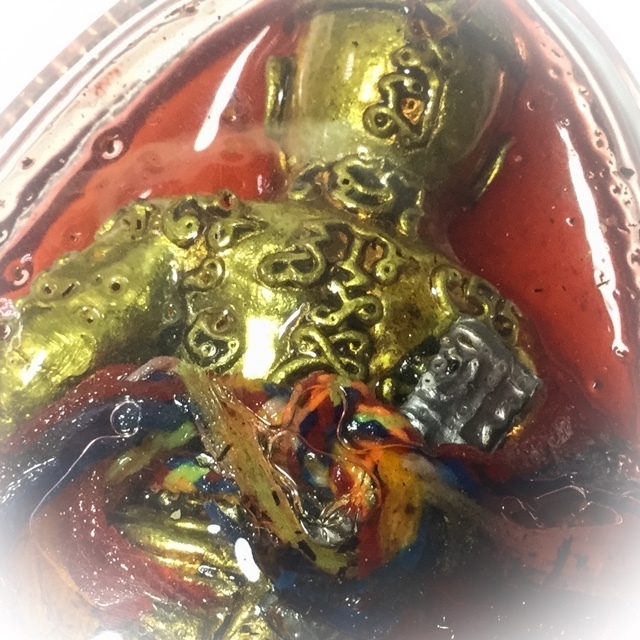 The Ruesi Kroo of his lineage have immense Jhanic powers above that of a mere Human Ruesi, which endows the Hun payont with true power of the Devas. 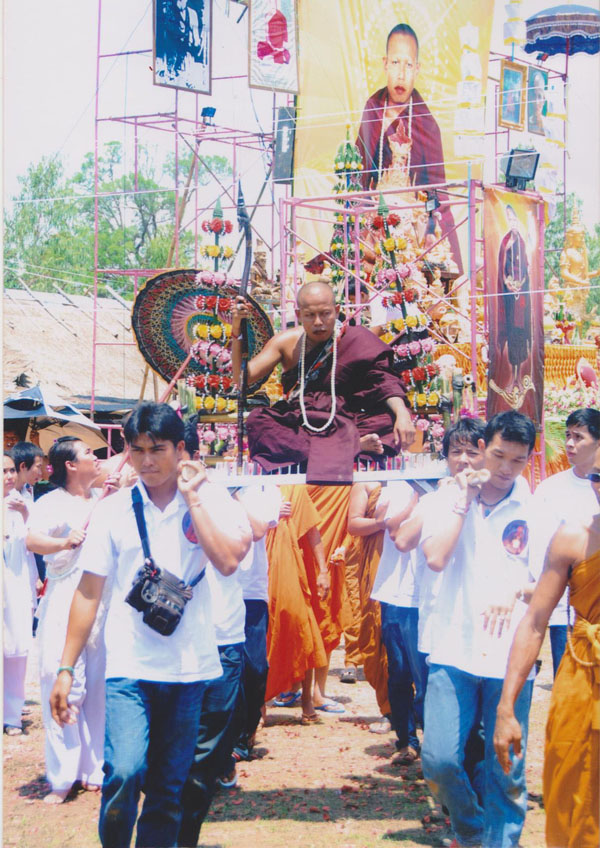 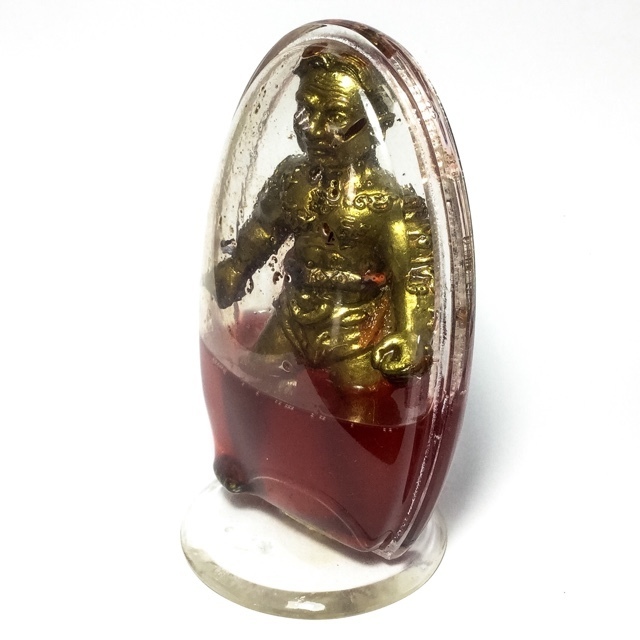 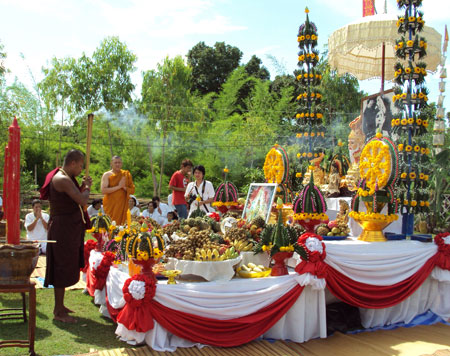 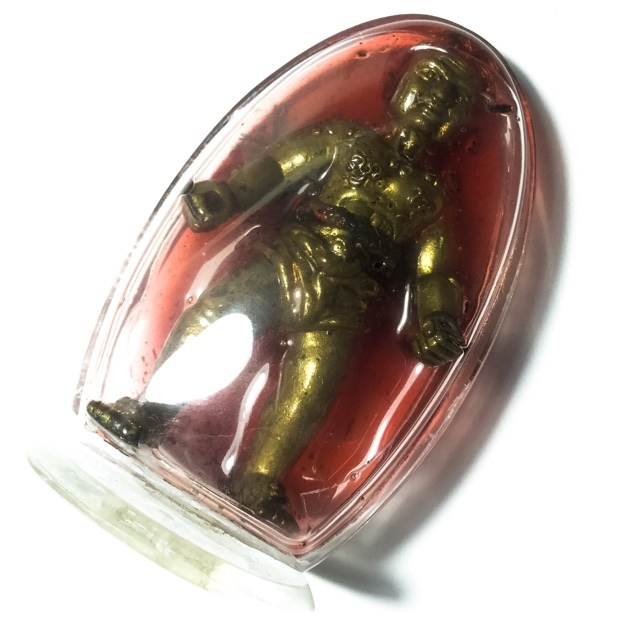 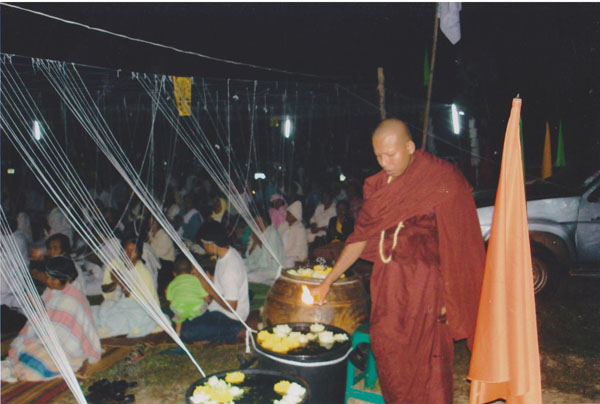 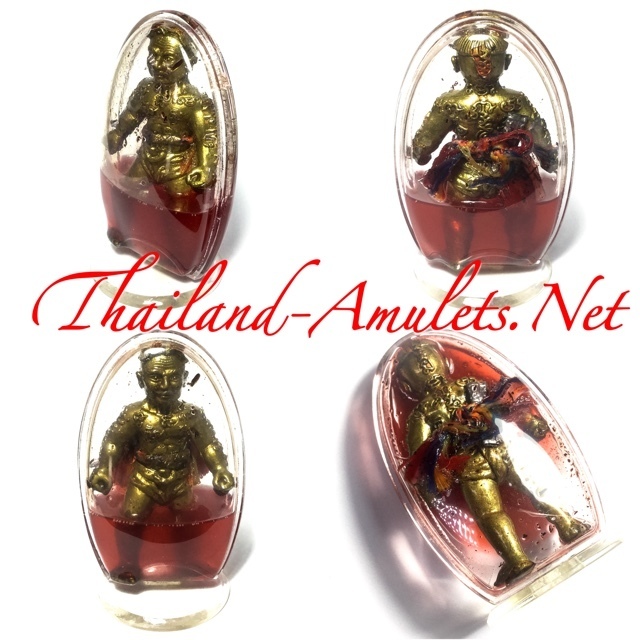