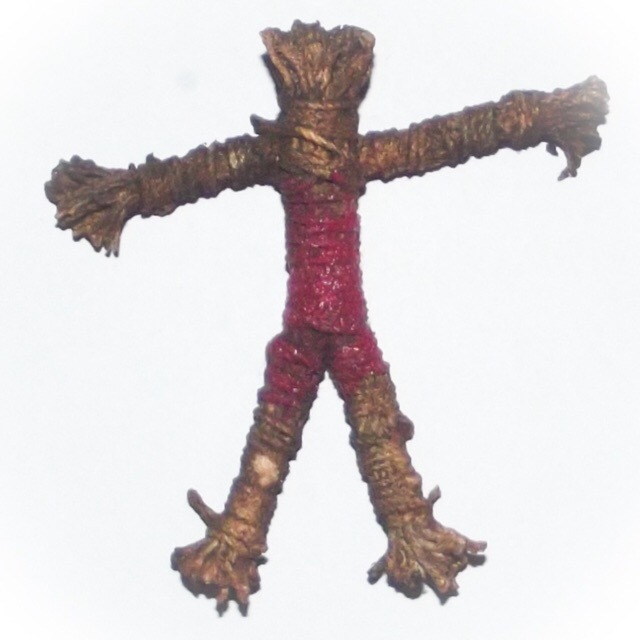 This truly Old-School woven Hun Payont Khao Or style Golem Ghost Soldier Effigy made using the traditional empowerment methods of Thailands Oldest Sorcery Lineage, the Dtamra Saiyasart Khao Or. Bound using natural straw wicker grass into the shape of the Golem, and coated with red Herbal resin lacquer, and bound with Daay Akom (Sorcerpr's Cords for Spellbinding), to make a red clothing, as worn by the Warriors of Siam.

The Hun Payont amulet is a type of ghostly assistant of the Astral Planes, Used for many purposes in Thailand. Known as a 'Fetch' in Pagan Astral Magick, which can be used to perform psychic attacks or psychic self defense. In Thai Buddha Magic, the Golems would form woven into visible ranks of soldiers marching into war. This would cause the illusion, of an infantry being much larger than it really is through the ghost soldiers doubling tripling, and multiplying their apparent numbers, and walking along with the real soldiers of the infantry, to deceive the enemy. This would of course, caused the enemy soldiers to run away in fright 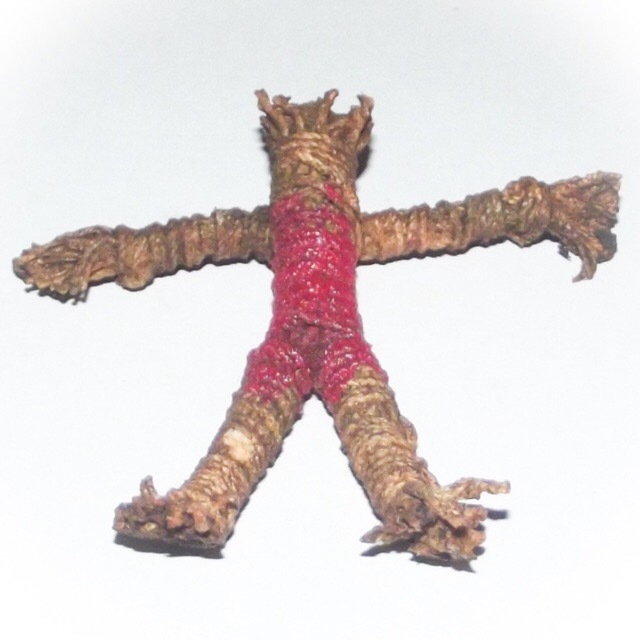 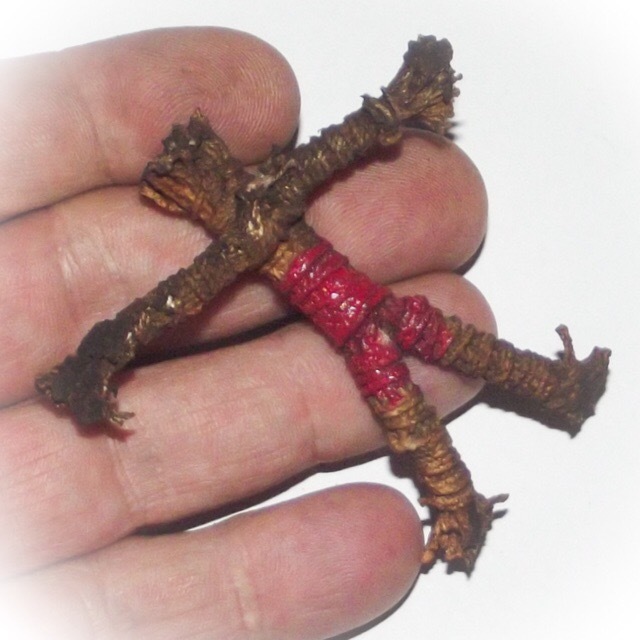 These ancient animist effigies possess the power of the incantations of the ancient Khmer Sorcerers & their magical arts, Which have survived the passage of time up to the modern era to Bless us with the ancient Magick from thousands of years ago, Transferred through the lineage of the Masters across the Aeons. 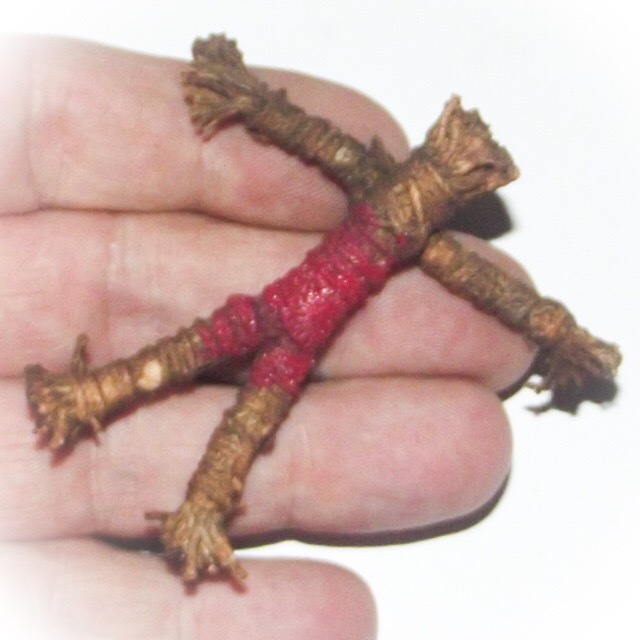 Ajarn Plien is responsible for many amulets and inscriptions made on amulets coming from both Wat Don Sala, the famous temple of Pra Ajarn Nam, but also of Wat Ban Suan of Luang Por Kong and Now presided over by the present abbot, Luang Por Prohm. 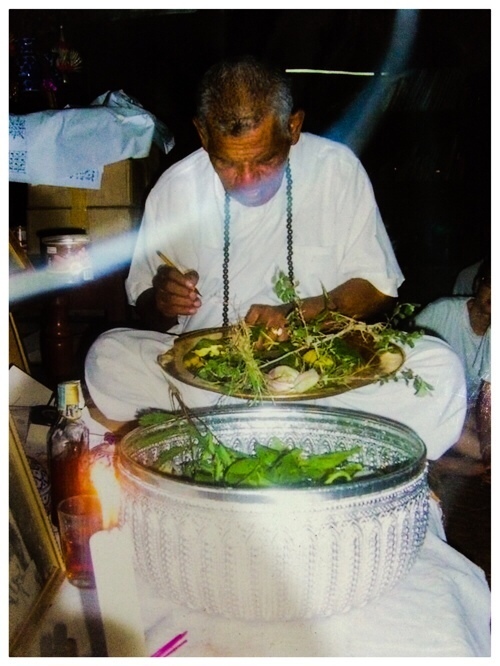 Ajarn Plien is a Laymaster of the Khao Or southern Sorcery Lineage, who heads the Wat Don Sala temple laymasters of the Dtamnak Dtak Sila Khao Or Lineage, as the oldest living laymaster of the Luang Por Kong and Pra Ajarn Nam Lineage, which is the direct magical transmission lineage for Luang Phu Tuad of Wat Chang Hai. 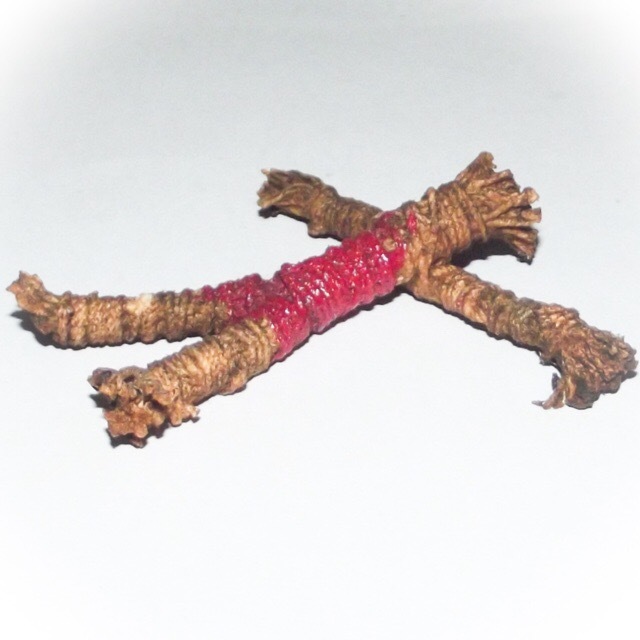 Note, because each amulet is individually made and dressed, each amuet can differ slightly from the image. 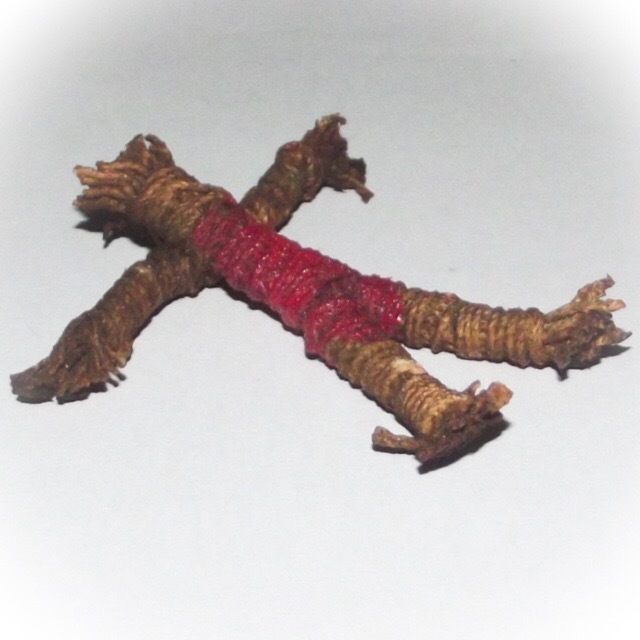 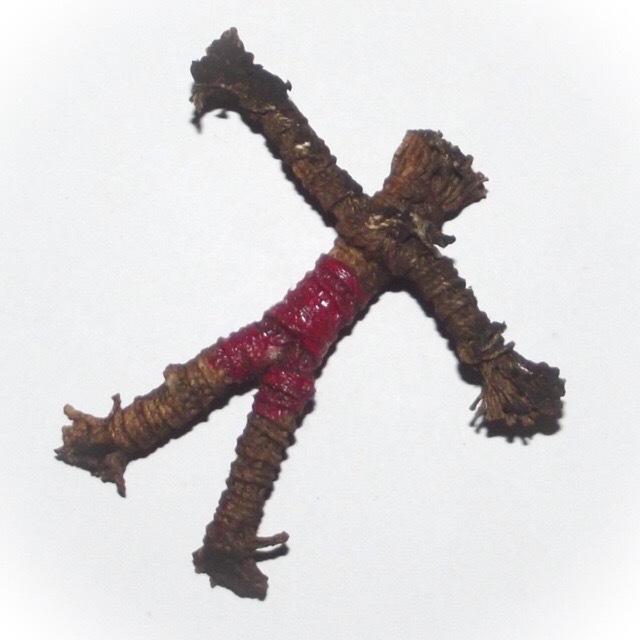 Kata and Bucha methods for all types of Hun Payont, Hoeng Prai, Mae Takian and other Prai Deities and amulets.. 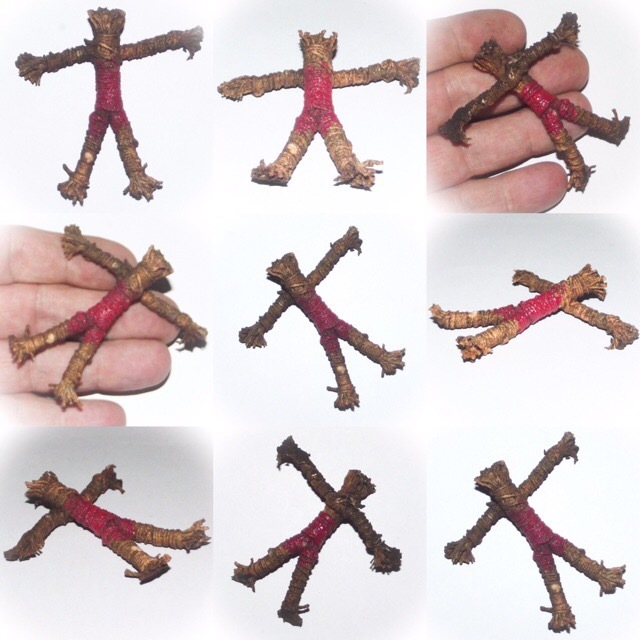