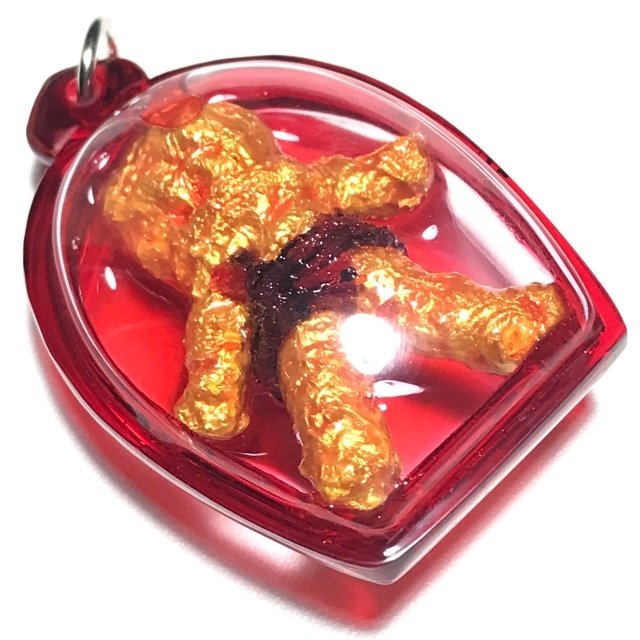 Hun Payont 'Ghost Soldier' effigy empowered with a thousand year old Animist Reanimation Wicha, passed down to Ta Poon through the Kroo Ba Ajarn of his Magical Lineage. The Hun Payont are made in traditional method, as 'whickermen', bound from straws & sticks, with Daay Akom Sorcerors threads made from funereal corpse cords, and covered in gold leaf. The Hun Payont is immersed and consecrated with Nam Man Prai Gai Daeng red Cockerel Oil, and Hoeng Prai Oils, to charge the effigy with the Spirit of Hoeng Prai Ghost, and to charge up the amulet with more power of Maha Lap Maha Pokasap through the Paya Wan Gai Daeng Red Cockerel herb. 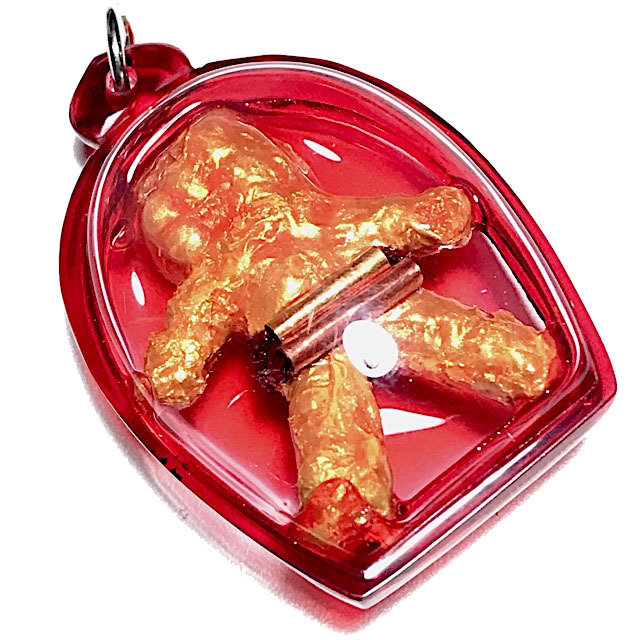 Two Takrut spells are bound to the Hun Payont's back on a cord belt which encircles his waist. The effigy is bound using the Necromantic Invocations of the Akarn 32 for reanimation of inanimate effigies with a spirit mind. The Invocation Summoning, Awakening and Turning of the Four Elements was performed to Reanimate Living Magic within the Static Form, according to the Ancient Grimoires and Magical Formulas of Necromancy. 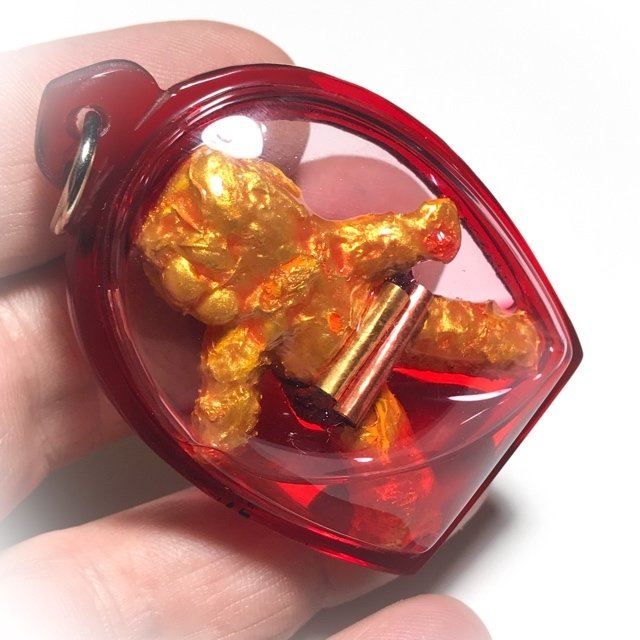 The Hun Payont is bound from Hyaa Kaa straw, the traditional ancient method of making strawman type Hun Payont effigies, and covered with Daay Joong Sop Corpse Threads. The effigy was then reanimated and inscribed by Lay Master of the Khmer Necromantic Arts, Ta Poon. The Hun Payont Possesses the Magical power to help attract Business, Gambling and Lottery success. They possess multiple powers, ranging from protection against black magick and deadly dangers, ward off enemies, and Seduce Others. Hun Payont spirit assistants work as a kind of invisible guardian and valet, who cares for your safety and well being, protecting and nourishing. 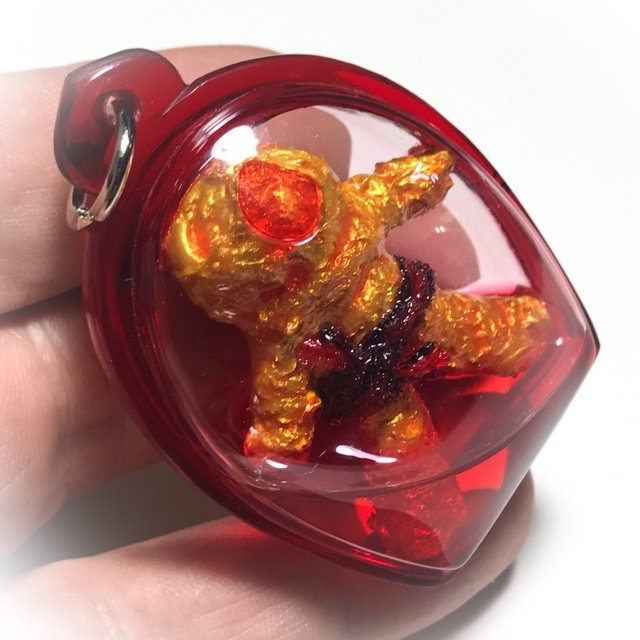 The Hun Payont can be used to complete and fulfill missions and tasks which are beyond your own abilities, in exchange for your making and sharing of merits with the Hun Payont. The Hun Payont is Extremely popular amulet with Business persons, lottery players (4D) and gamblers, as well as speculative investors (Forex etc) for its powerful results, as well as its powerful protective qualities to watch over home and business premises.

Ta Poon is a reclusive Lay Master who has retreated to the forest and uses this name as an assumed name to avoid attention. He was blessed with being the apprentice of Luang Phu Suang, learning Wicha from him and a number of associated Adept Sorcerors, of both Ordained and Laymaster lineages. He recieved Wicha from a total of 295 different Adept Mages, Sorcerors, and Necromancers. 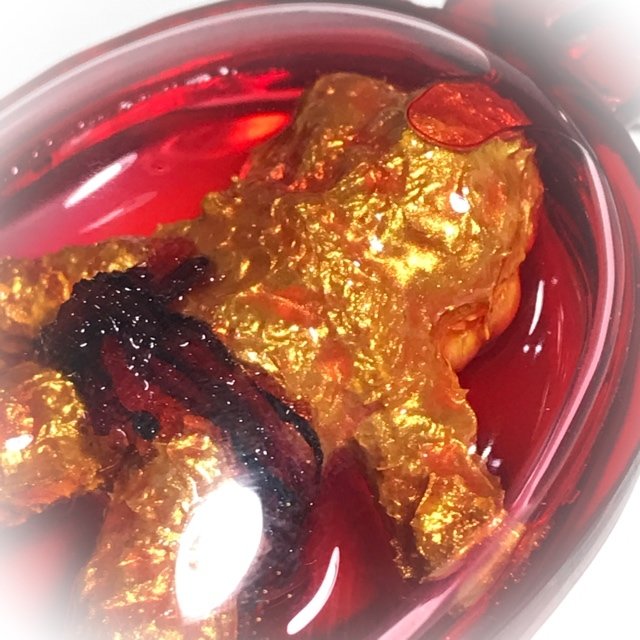 The majority of his training however, came through the lower Northern Region of Thailand through the Luang Por Derm (Wat Nong Po) Lineage, and the Magical Master Lineage of Luang Por Tob of Wat Chon Daen. When asked about the origins of his Manyfold, and Powerful Wicha, Ta Poon recounts of the time he was ordained as a Samanera, ordained by the Great and Mysterious Luang Phu Suang Tewada Len Din himself, and that he remained practicing under the tutelage of Luang Phu Suang for a period of 15 years.

As Ta Poon was serving 9 years in the Army, as a Commander of a regiment in the three troubles Southern Islamic Provinces of Thailands border area, he was famous for his daring acts of running straight in through the hail of bullets coming at his regiment from the terrorist rebels, and would reach the terrorists without being harmed and take his pistol and shoot the terrorists in the head at point blank range. 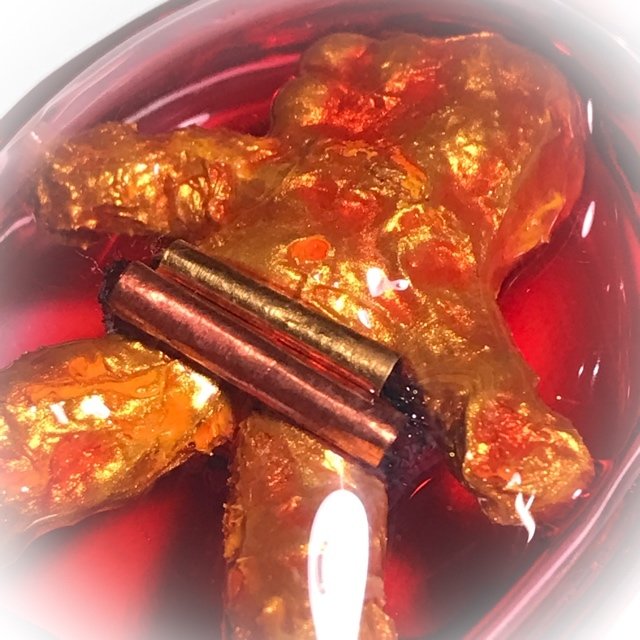 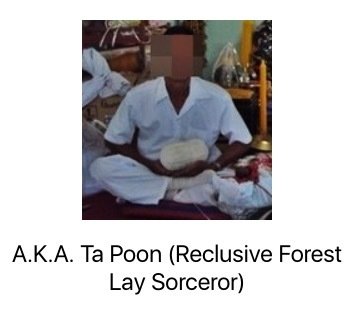 He would take his pistol and shoot the terrorists in the head at point blank range. This was because of his use of Kong Grapan Chadtri and Klaew Klaad Spells which he had mastered. Ta Poon still performs Holy Water Blessings, Exorcisms, and creates special Takrut Spells and empowers an array of amulets for those who are able to find him, and are able to find his favor. 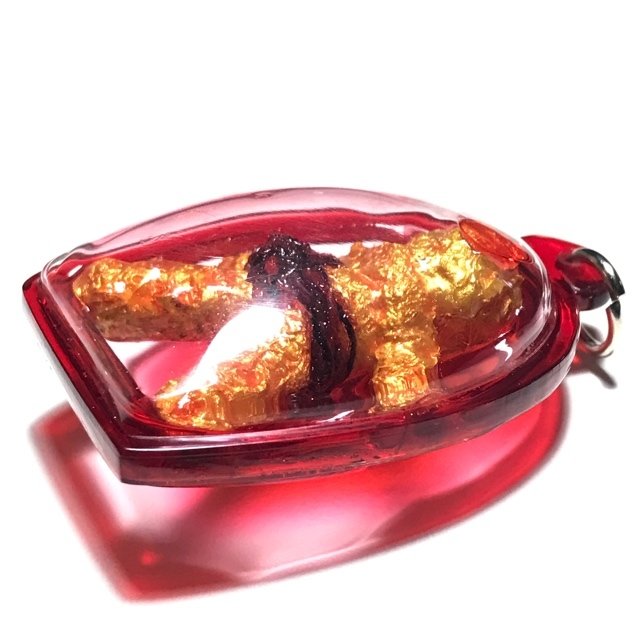 His Takrut empowered with Maha Ud Kong Grapan Chadtri Klaew Klaad, are normally requested by soldiers, and high-ranking police officers, who have been his devotees from the time when he was still a high-ranking officer in the army, fighting against the rebels in southern Thailand.

He amazed them with his daring feats, under the protection of his special Adept Wicha. Ta Poon does not allow his picture to be taken, and forbids it to any of the devotees who find the way to his whereabouts, to reveal his location to anybody in the outside world. He says, he is already bored of all of the confusion and greed in the world outside the forest. 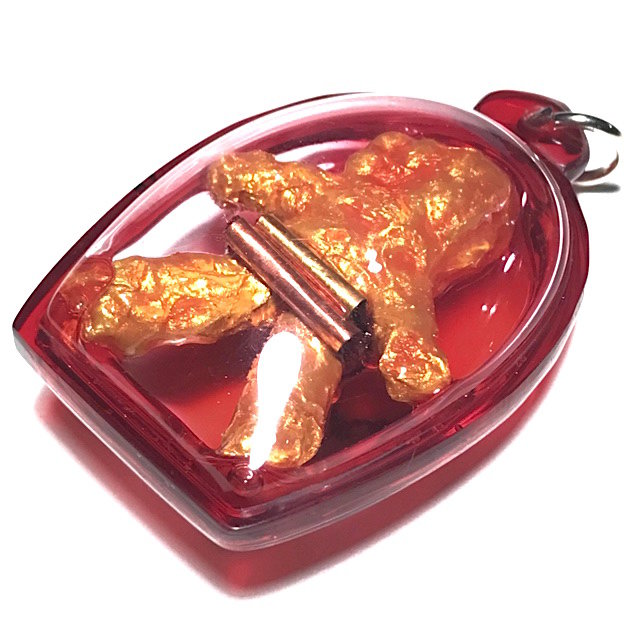 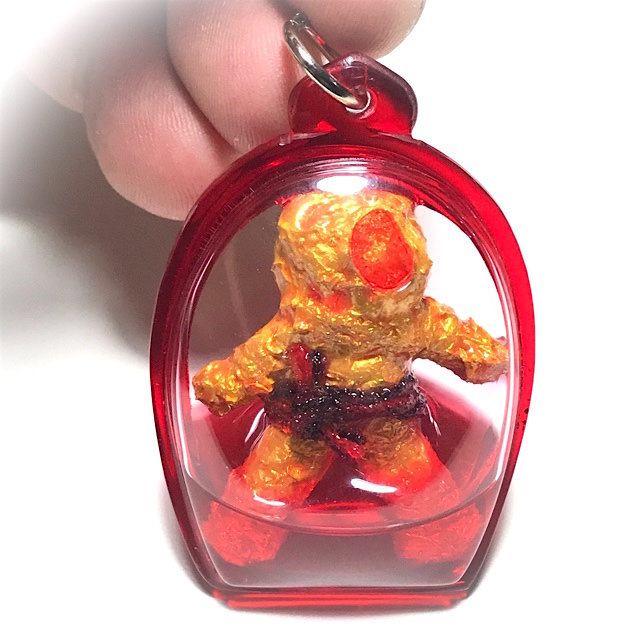 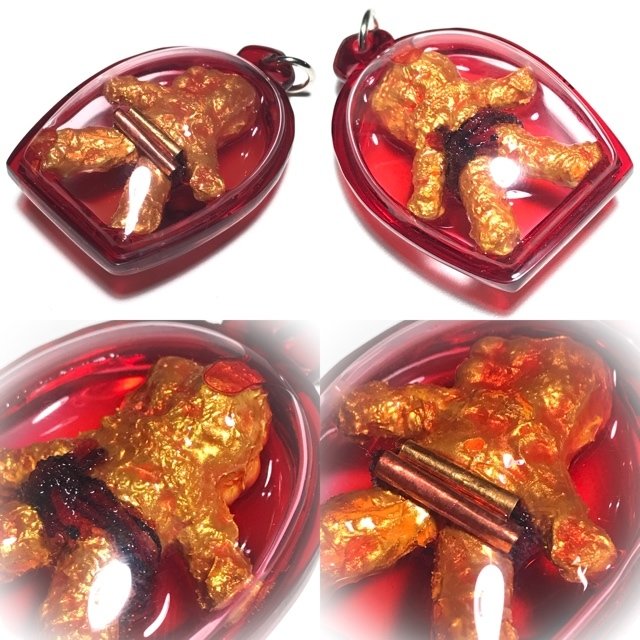