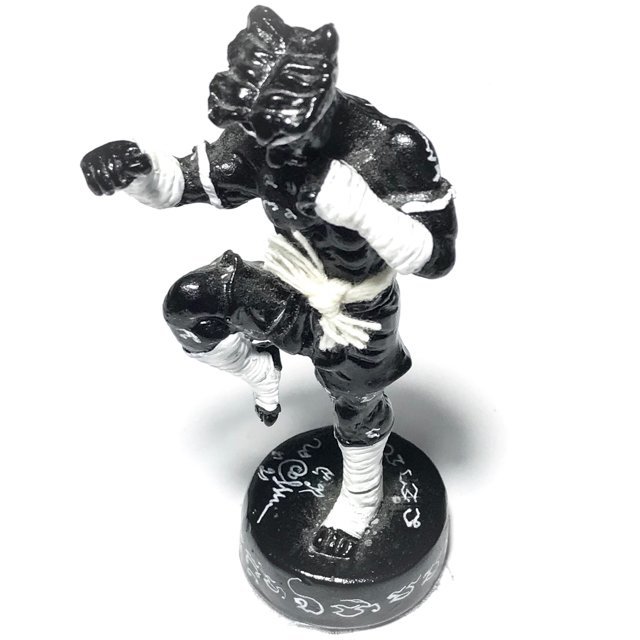 The effigy is standing with one leg raised poised to pounce and punch. The Hun Payont Nai Khanom Tom Muay Thai Warrior is covered with Sak Yant Tattoo Sacred Geometry Spell Inscriptions, from its creator, Ajarn Uten. Nai Khanom Tom is considered the Father of Muay Thai, and can be prayed to using this Bucha statue, if you are a practitioner of Muay Thai. 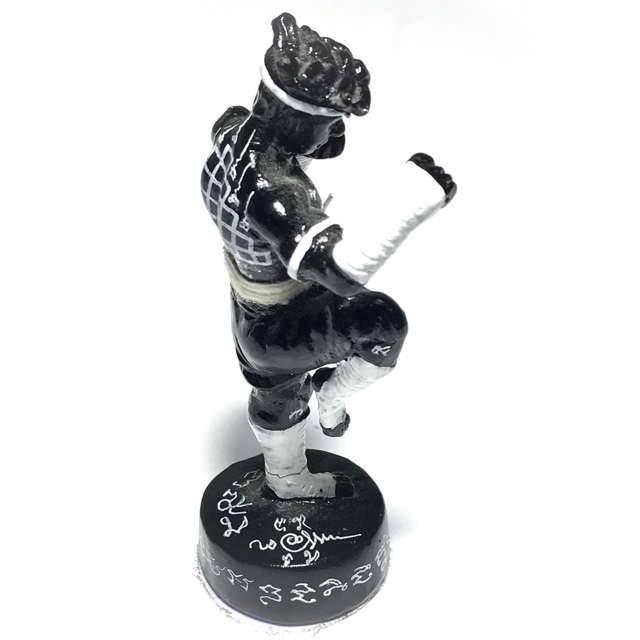 According to Thai folklore at the time of the fall of the ancient Siamese capital of Ayutthaya Kingdom in 1767, the invading Burmese troops rounded up thousands of Siamese and took them to Burma as prisoners. Among them were a large number of Thai boxers, who were taken to the city of Ava.

In 1774, in the Burmese city of Rangoon, the Burmese King Hsinbyushin (known in Thai as "King Mangra") decided to organize a seven-day, seven-night religious festival in honor of Buddha's relics. The festivities included many forms of entertainment, such as the costume plays called likay, comedies and farces, and sword-fighting matches. At one point, King Hsinbyushin wanted to see how Muay Boran would compare to the Lethwei (Burmese Boxing). 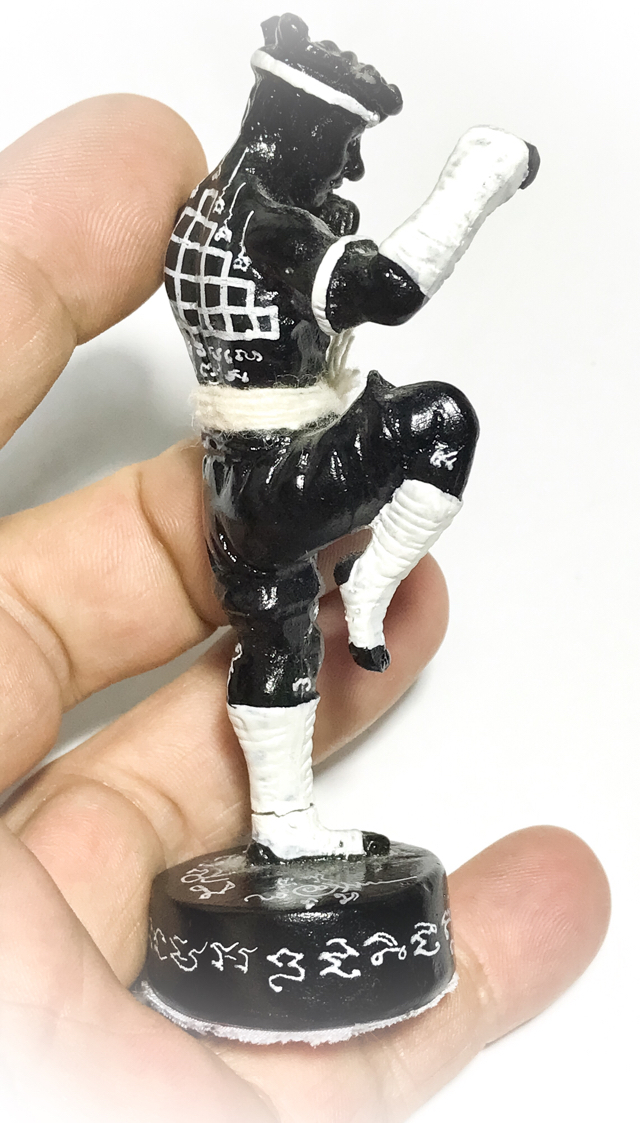 Nai Khanomtom was selected to fight against the Burmese champion. The boxing ring was set up in front of the throne and Nai Khanomtom did a traditional Wai Kru pre-fight dance, to pay his respects to his teachers and ancestors, as well as the spectators, dancing around his opponent. 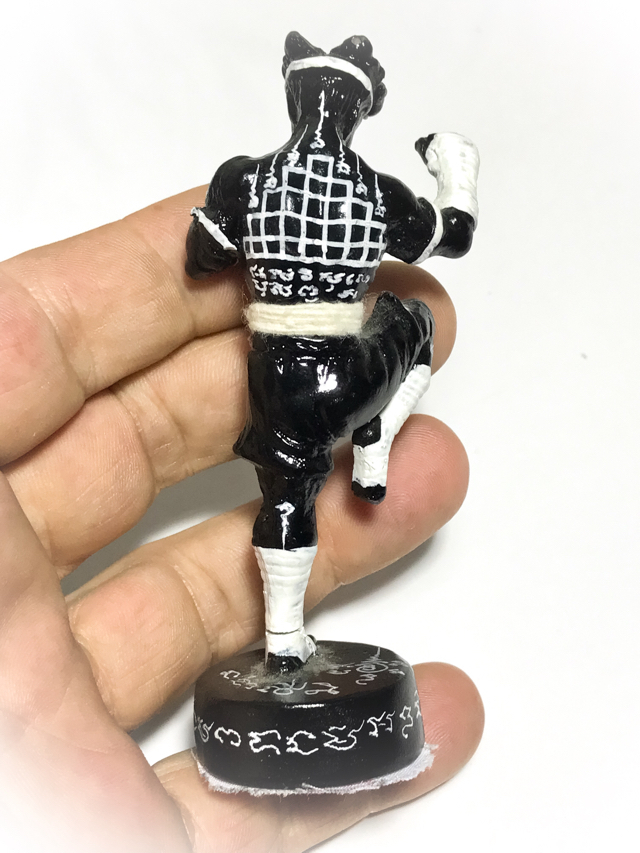 He agreed and fought them all, one after the other with no rest periods in between. His last opponent was a great kickboxing teacher from Rakhine. Nai Khanomtom mangled him by his kicks and no one else dared to challenge him. King Mangra was so impressed that he allegedly remarked, "Every part of the Siamese is blessed with venom. Even with his bare hands, he can fell nine or ten opponents. But his Lord was incompetent and lost the country to the enemy. If he had been any good, there was no way the City of Ayutthaya would ever have fallen."

King Mangra granted Nai Khanomtom freedom along with either riches or two beautiful Burmese wives. Nai Khanomtom chose the wives as he said that money was easier to find. He then departed with his wives for Siam. Other variations of this story had him also winning the release of his fellow Thai prisoners. His feat is celebrated every March 17 as Boxer's Day or National Muay Boran Day in his honour and that of muay boran. 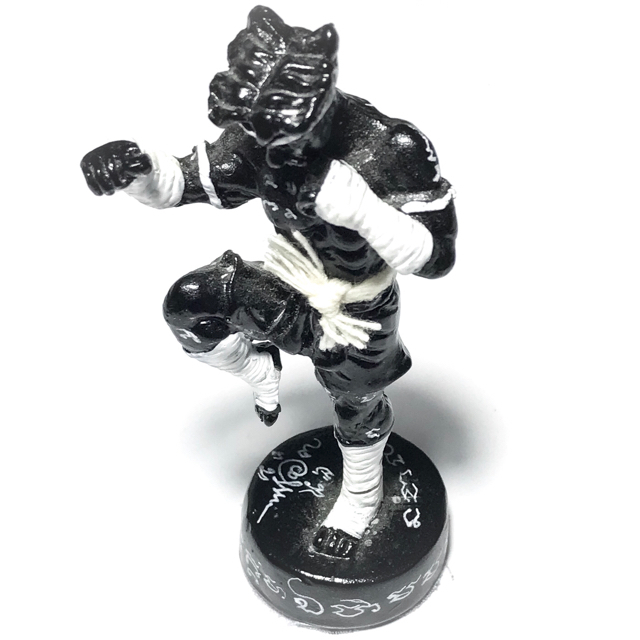 Today, some have wrongly attributed the legend of Nai Khanomtom to King Naresuan, who spent his youth as a royal hostage in Burma while Ayutthaya was a Burmese vassal. However, Nai Khanomtom and King Naresuan lived almost two centuries apart. This Hun Payont Bucha statue is of course highly recommendable for Looskit ofSak Yant Thai Temple Tattoos and for Practitioners of Muay Thai, for use in Wai Kroo Bucha to the Lineage of Gurus of your school, as well as to call as an invisible Magical Companion to assist you in gaining Victories and fulfilling your ambitions. 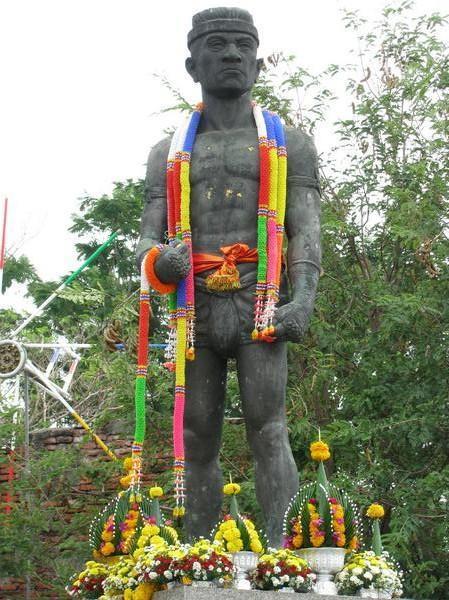 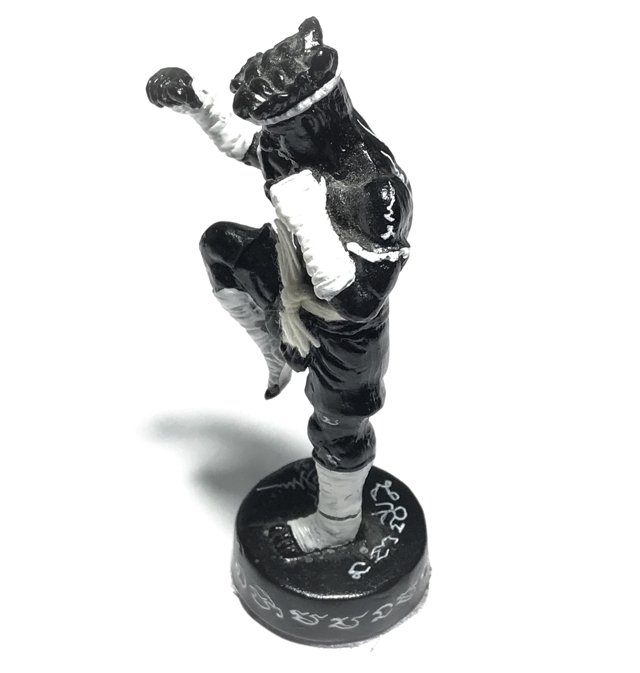 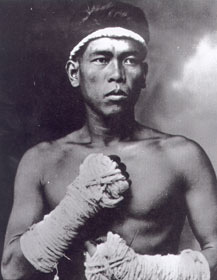 The 8 inch Wai Kroo version is very large because the warrior is kneeling, and is the largest and heaviest (and most expensive) of all models. Each statue has received the hand made inscriptions of Sacred Yant, and Khom Agkhara, as Ajarn Uten empowered them during the final Blessing Ceremony, and have received a gold leaf pasted onto the chest of the Hun Payont Warrior. 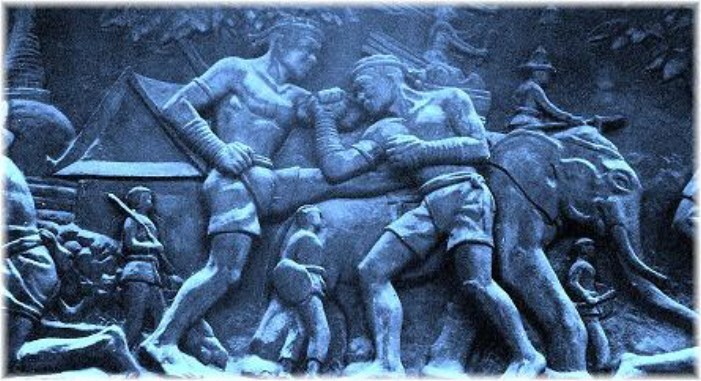 The Ancient Wicha Hun Payont is intended for use as a personal ‘Fetch’. Fetch is an Occult Terminology, referring to a personal obedient assistant in the spirit world, which has a physical form to inhabit in Talismanic Form. The Thai Hun Payont, is quite comparable to a Golem, who watches over you and obeys your commands. In Jewish folklore, a Golem (/ˈɡoʊləm/ goh-ləm; Hebrew: גולם‎) is an animated anthropomorphic being, magically created entirely from inanimate matter. The word was used to mean an amorphous, unformed material (usually out of stone, wood, rattan or clay) in Psalms and medieval writing. (Wikipedia). 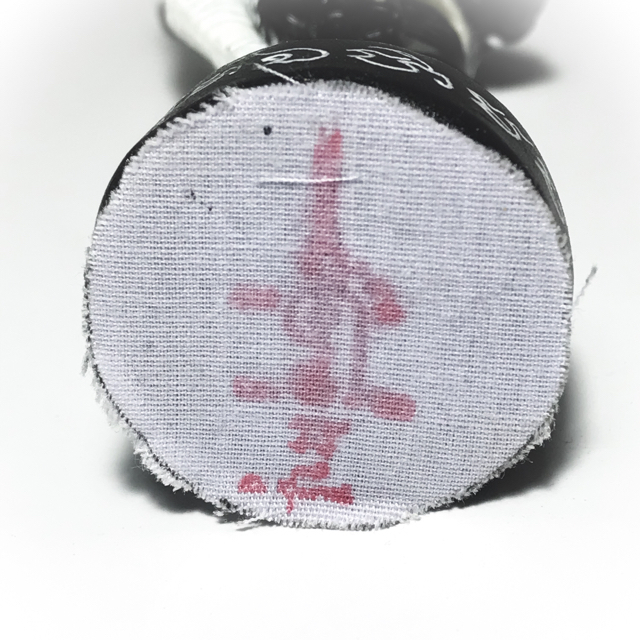 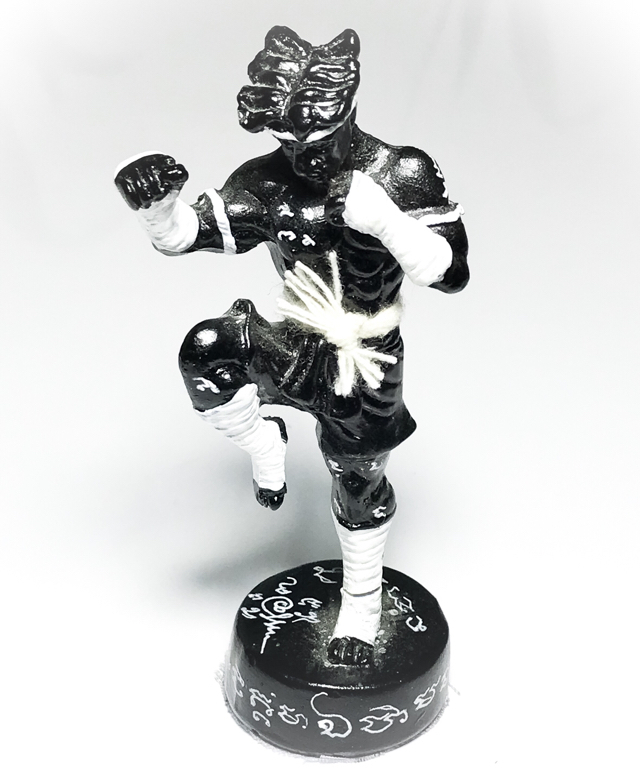 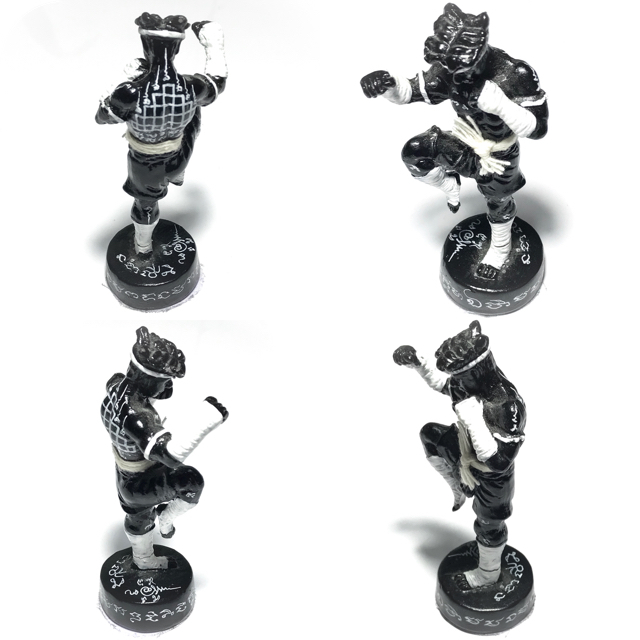