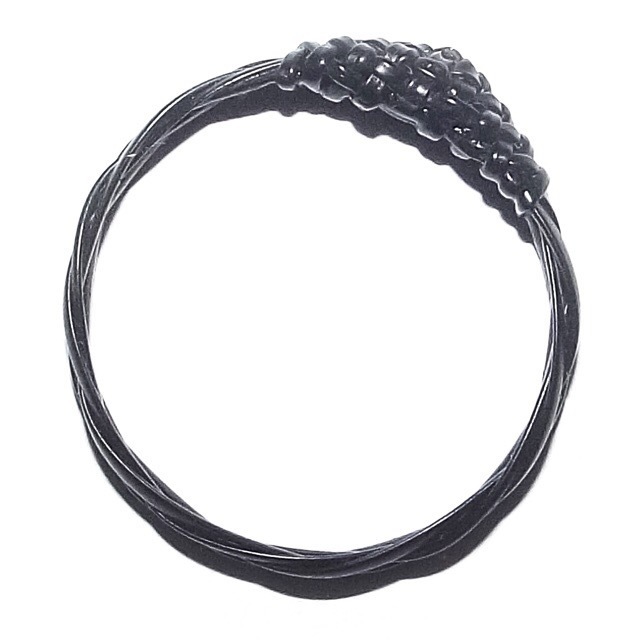 Hwaen Pirod Maha Amnaj Khon Haang Chang Magic ring of power made from the tail hair of the elephant, from the ‪Khmer‬ ‪Sorcerors‬ of Surin, with further empowerment from Ajarn Plien at Wat Don Sala, and blessings from Luang Por Prohm at Wat Ban Suan.

This Khmer Animist Occult Charm type Talismanic Amulet, from Surin Province Sorcerors and Master Monks is an extremely ancient form of Sorcery used by Ancient Folk for as long as Human Memory can remember. 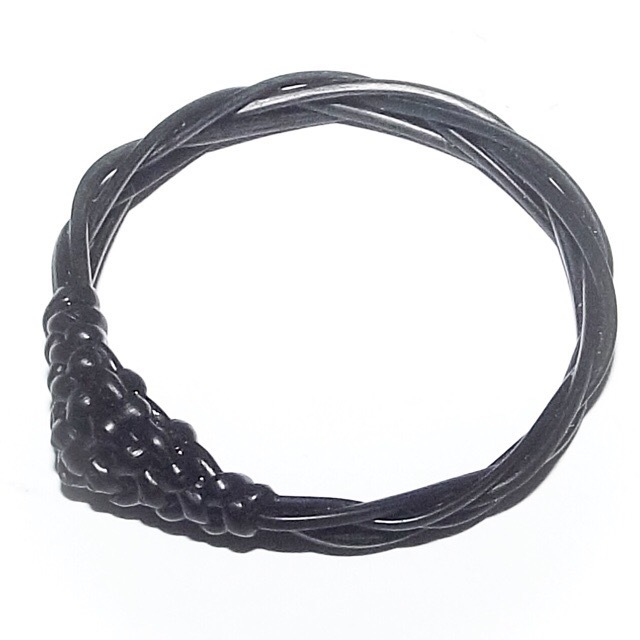 It was an essential part of the occult and ceremonial armory and regalia of the ancient Warrior of Siam. The Warriors of Olden Days used both scientific weaponry such as swords, knives, maces, lances, clubs and other weaponry and armour, but also armed themselves with a highly practiced and memorised repertoire of Magical Spells and Sorcery, to protect and aid in winning the battle. The Wicha Kong Grapan and Klaew Klaad are both directly derived from the Warrior Clans, who recieved these Wicha from their Lersi Kroo Ba Ajarn, for their own protection. After their creation and empowerment in Wai Kroo in the forests of Surin, the rings were blessed to seal their magick, By Lay Master Ajarn PLien at Wat Don Sala, and subsequently by Luang Por Prohm, of Wat Ban Suan. 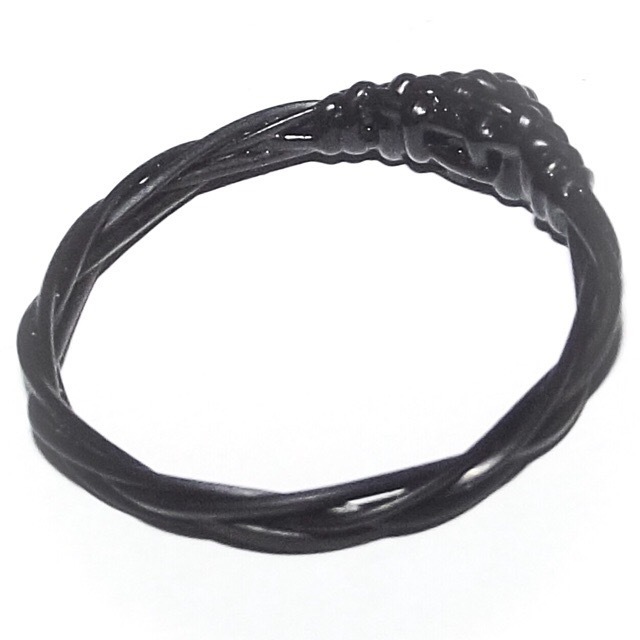 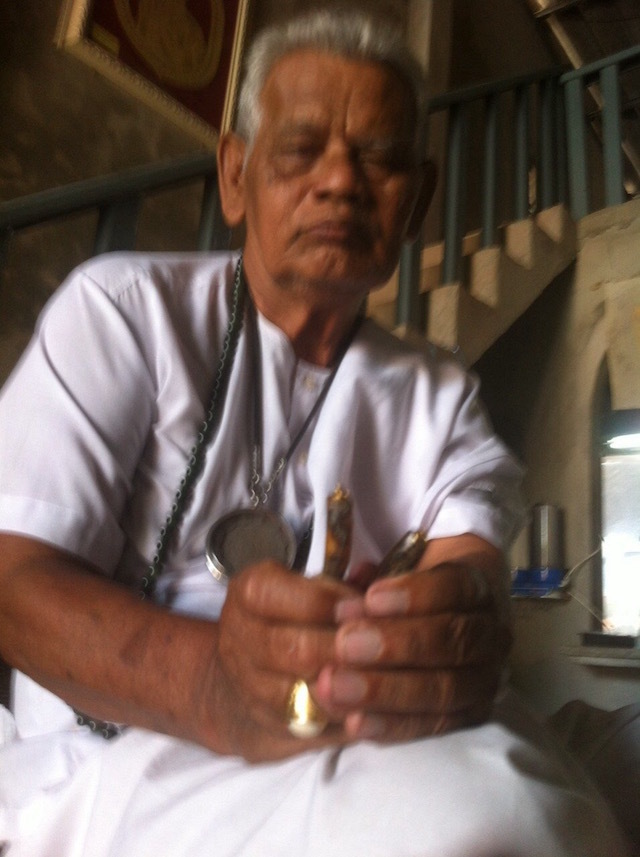 The Hwaen Pirod Khon Hang Chang Power Rings were empowered with Wai Kroo according to the Ancient Khmer Wicha, and Blessed and then passed on to Ajarn Plien in the south at Wat Don Sala, and final Blessing from Luang Por Prohm of Wat Ban Suan completed this powerful and ancient Wicha of the Ancient Sorcerors of Surin. Worn by Warriors in Ancient Times, the ring brings Maha Amnaj commanding power and dominion, and Kong Grapan Chadtri Klaew Klaad Protection.

Ajarn Plien Empowered the Hwaen Khon Hang Chang, and other Amulets from the Surin Wai Kroo Master Day Ceremony, which were brought to him at Wat Don Sala and then taken onwards to be blessed by Luang Por Prohm at Wat Ban Suan.

These Hwaen Khon Hang Chang elephant tail hair rings, were empowered along with a series of other Occult Charms and Amulets from this long planned and great Ceremony, held in the Forests of Surin, in a grand meeting of the Masters from both sides of the border, from Surin in Thailand and also from the Khmer side of the border. In addition to the Hwaen Khon Hang Chang Magical Rings of Power made from the tail hair of elephants, bound into knotwork rings, the edition also included the Takrut Rok Chang elephants umbilical cord talismans, and there were also Some See Pheung Nam Man Prai Chang Necromantic Potion included, in this special and ultra rare to see edition of Necromantic Charms of Old, and some Grajoo Chang, and other Elephant Sorcery Charms were also released. 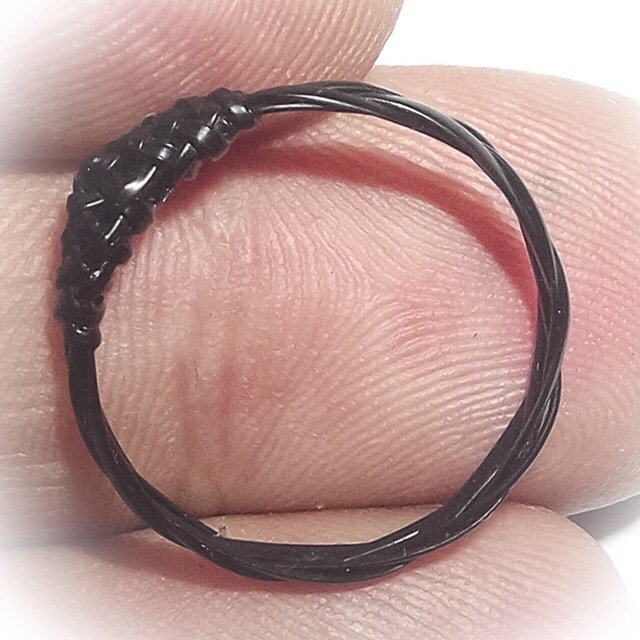 A great Wai Kroo in traditional ancient style for Elephant Magic as preserved by the Sorcerors of Old, and Used by Elephant Herders to control their animals, as well as by the olden days folk, whose animist beliefs have preserved this Wicha right up to the present day, where it is finally beginning to become lost and is in danger of disappearance, due to the younger generation losing interest in the old ways of their forefathers.


Above Pic; Luang Por Prohm Blesses Rok Chang (Elephants Umbilical Cord Takrut), and the Hwaen Khon Hang Chang, brought to him and Ajarn Plien, directly from the Wai Kroo of the Surin Master Day Ceremony, to be blessed again at Wat Ban Suan. 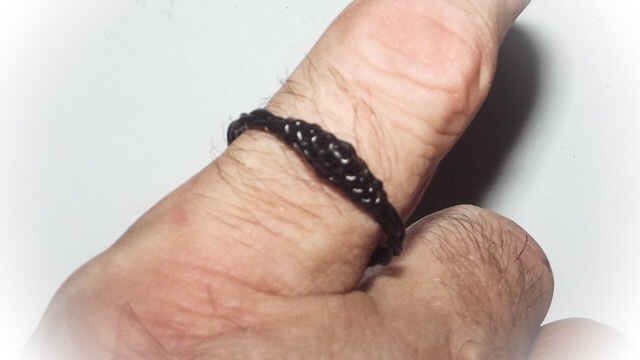 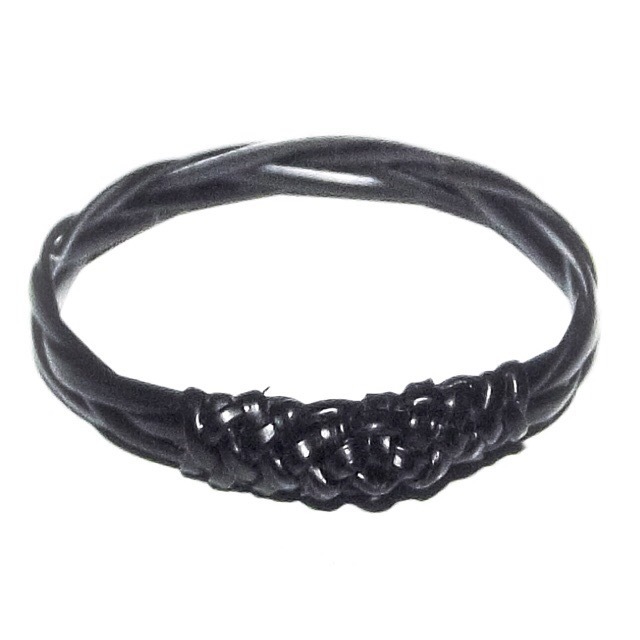 Receive Constant Sustenance and affection from others, attract lucky streaks to increase wealth and wellbeing, seduce others with the attractive and fascination power of the Nam Man Prai Chang Dtok Man within the Rok Chang. 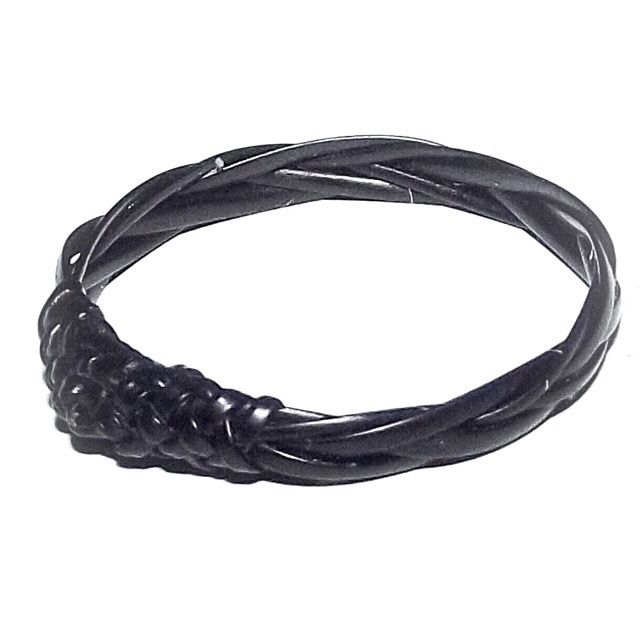 For Bucha, you can place the ring on a small alter (preferably on some form of raised receptacle, and offer Coconut, Banana, Sticky Rice, White Flowers once in a while, and water to drink and bathe with. 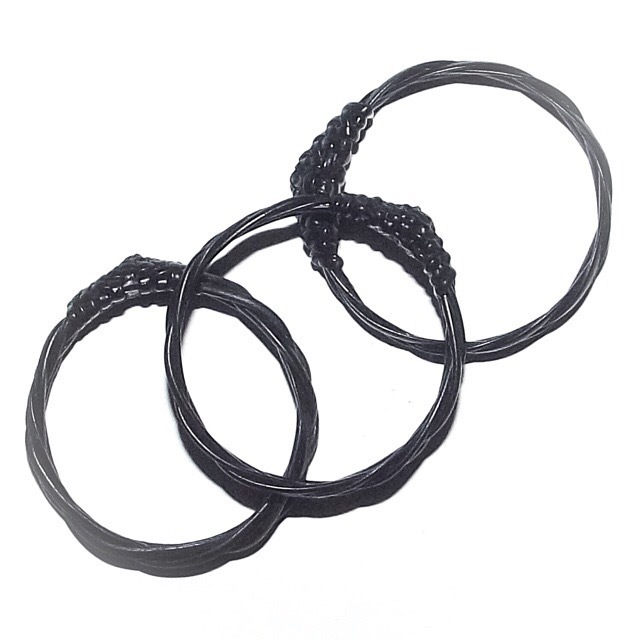