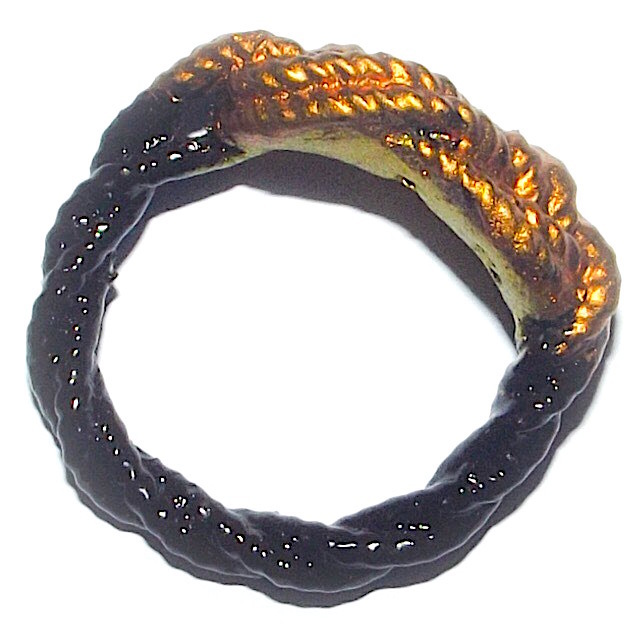 An extremely rare and lucky occasion brings us the pleasure of seeing this first ever edition of Hwaen Pra Pirod Fiery Rings of Protection from Luang Por Supoj, of Wat Sri Song Tam.

rings are made from Sacred Yantra Cloth, Sinjana Corpse Cords, Long Rak Pid Tong (lacquer coating with gold embellishment). These rings are special in the sense that Luang Por has empowered them further by attaching Sacred Muan Sarn into the rear of the head of the ring, and inserted a Takrut spell within it. 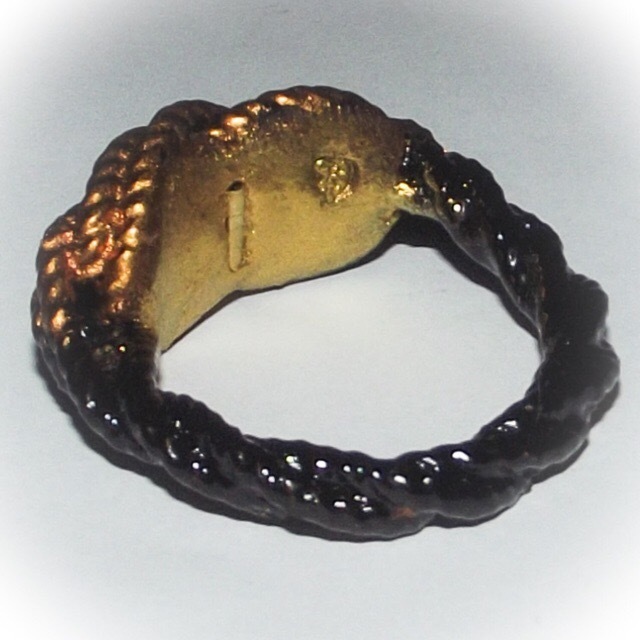 Above; The inner side of the head of the ring shows a Takrut spell embedded into the Muan Sarn.

The Pra Pirod Ring Amulet is a Wicha of Kong Grapan Chadtri and Klaew Klaad Evasive Protection is effective as a protective spell against all forms of black magic, sorcery, evil eye, demons and physical dangers, which derive from weapons of war, sharp and blunt instruments. Klaew Klaad Evasive Magic is also inflected to prevent any deadly accidents or disasters from befalling the wearer. 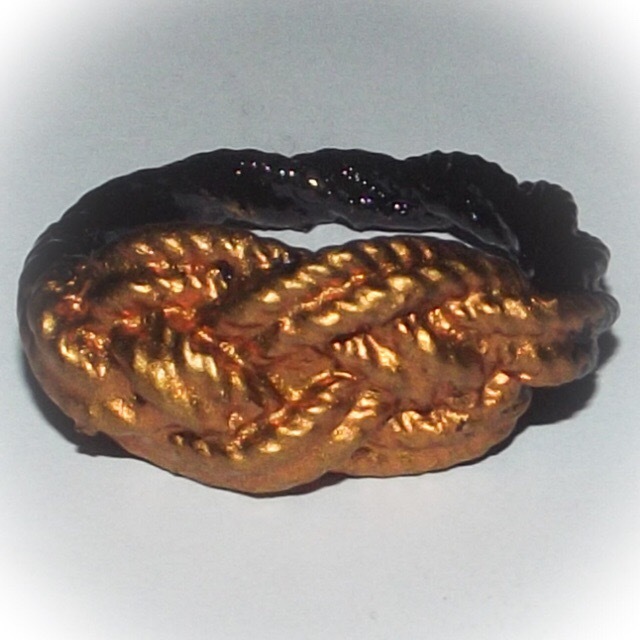 The Wicha Tam Hwaen Pra Pirod, is a very ancient form of Magical Sorcery, from very long before the Siamese Kingdom existed. It was used by Warriors in ancient times throughout the Southeast Asian continent, and particularly later, during the times of war between the Kingdoms of the Khmer and Siam. This magic spell is also made as an arm-band, called a ‘Prajiad’, which was, and is indeed still in ceremonial form, worn by Muay Thai boxers, and was worn into battle by warriors of olden days. 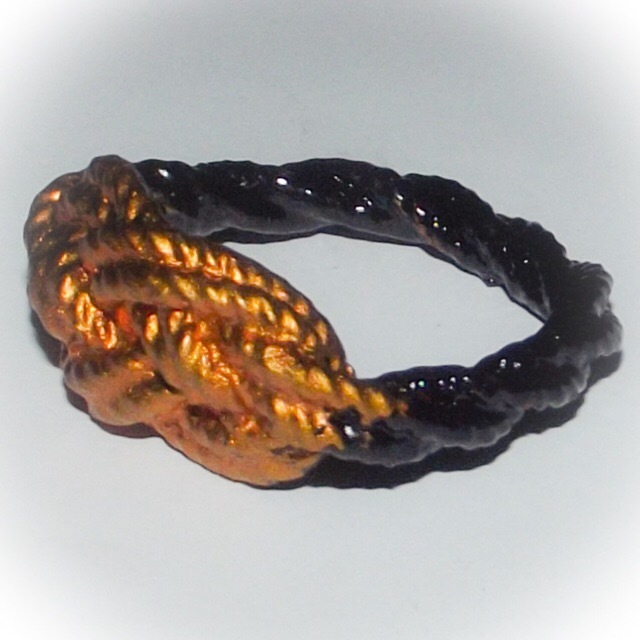 Both the Prajiad, and the Hwatn Pra Pirod, use the same form of magic spell which consists of entwinement and binding spells, with Maha Ud, Kong Grapan Chadtri and Klaew Klaad Powers. The material used for the making of these magical rings of protection is Sinjana Cords and Yantra Cloth. 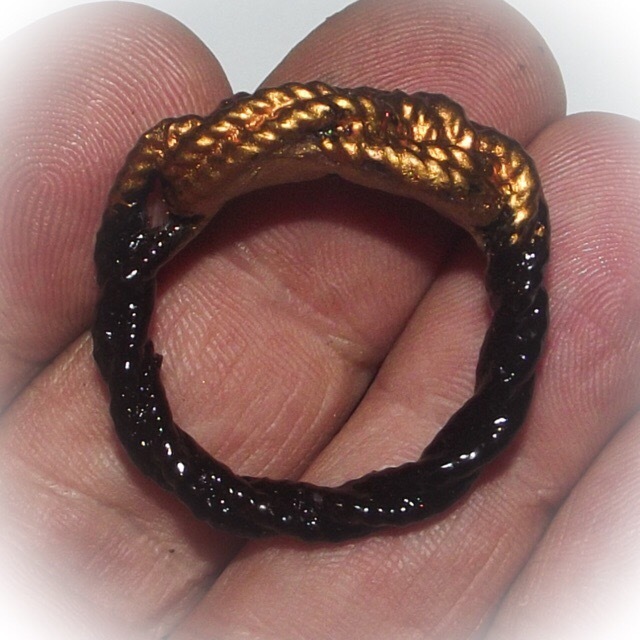 The ring, if too small or large to fit on the finger, should be worn around the neck on the pendant chain, or can be carried in the pocket, for concealement. Being generally small in size, they can be encased in waterproof casing, or, be just placed inside the pocket. Wearing the amulet concealed inside one’s pocket, is very popular with many members of the military, due to the fact, that these days, one is not allowed to wear a ring whilst in service, or in battle. 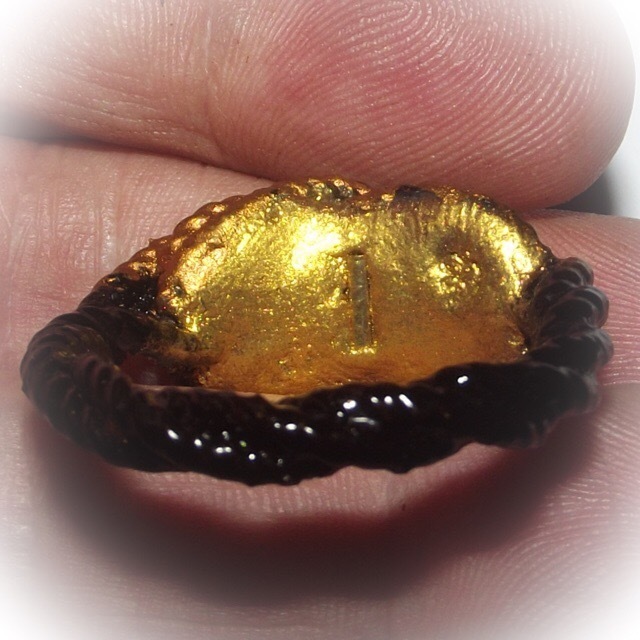 Very few Guru Masters who still possess this particular magic spell in these days, and knows its methods of making. It can almost be said to have nearly died out in its entirety, as a form of magic spell, and for this reason, this edition is not only a Merit Maker to help fund the further existence and development of Wat Sri Song Tam, but also is a Meritorious act of preservation, of one of the many Ancient Wicha which are slowly becoming lost and/or forgotten by people in Modern Times. 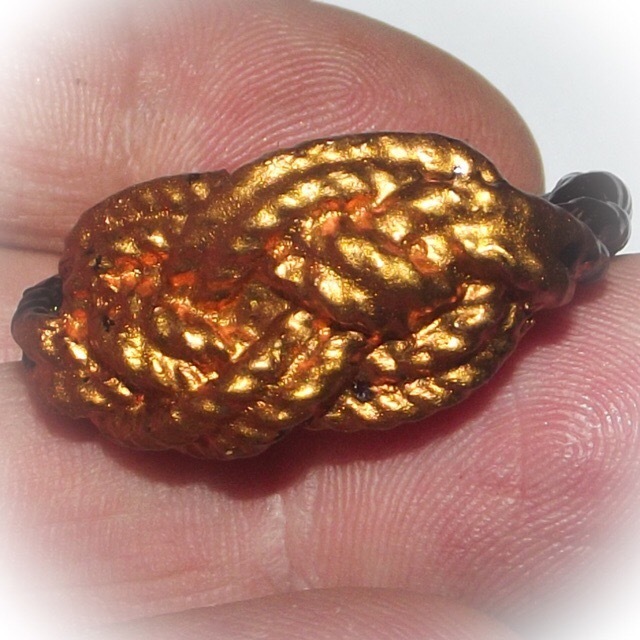 Ordained since 1964 - Luang Por Supot, of Wat Sri Song Tam is a Gaeji Ajarn of the Modern Era who is recieving a massive following of Devotees who revere his amulets. His amulets are becoming very prized and treasured. His choice of remaining Faithful to the Classic Amulets of Thai Buddhist Tradition and work in preserving the Buddha Sasana is worthy of Respect and reverence, and the Power of his Amulets is becoming ever more apparent, as word spreads about the successful experiences of the Looksit. 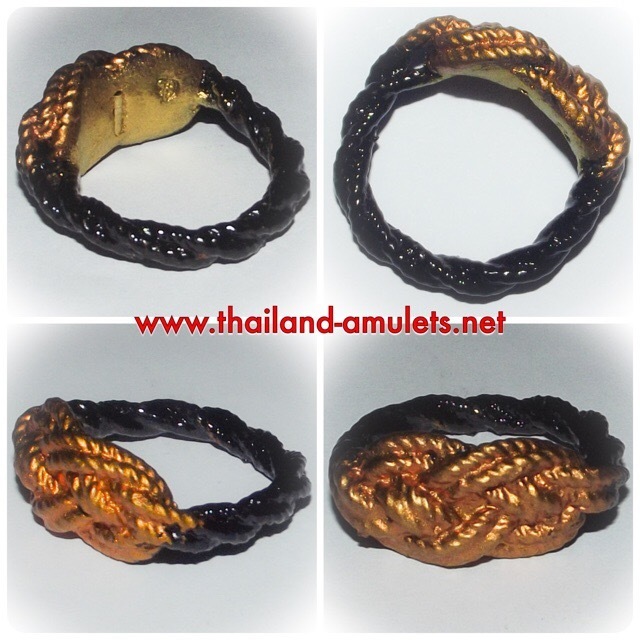 he is known for his adherence to 'Takrut Tam Eng' meaning that he makes his own Takrut and Inscribes them hismelf, with no assistance from Devotees or Apprentices, and maintains this practice to this day, refusing to release Takrut he has not made entirely by his own hand.

Luang Por Supoj was born in 2488 BE, and wes Ordained into the Sangha in 2508 BE at Wat Prode Gaes, where he also learned Wicha and Buddha Dhamma with his Upachaya, Luang Por Chaem. He also learned more Magickal Wicha with Luang Phu In Taewada of Wat Bang Gabua, and the Great Luang Phu Rod of Wat Nong Grating.He also got to learn Wicha from the Great Luang Por Derm of Wat Nong Po. 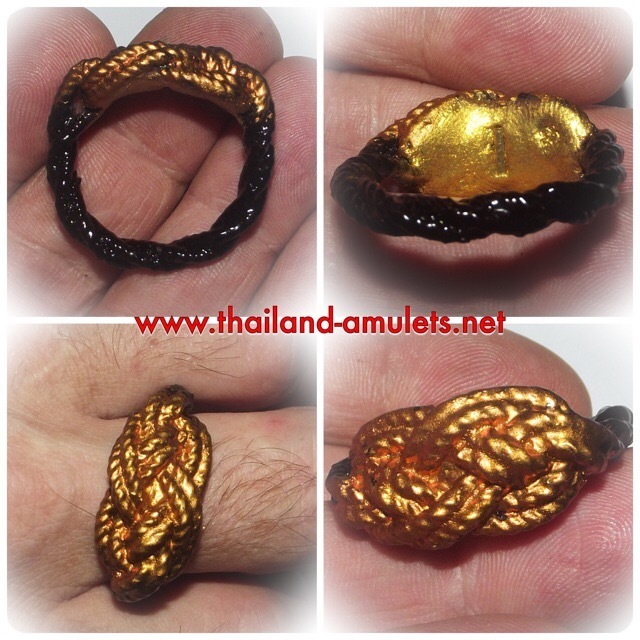