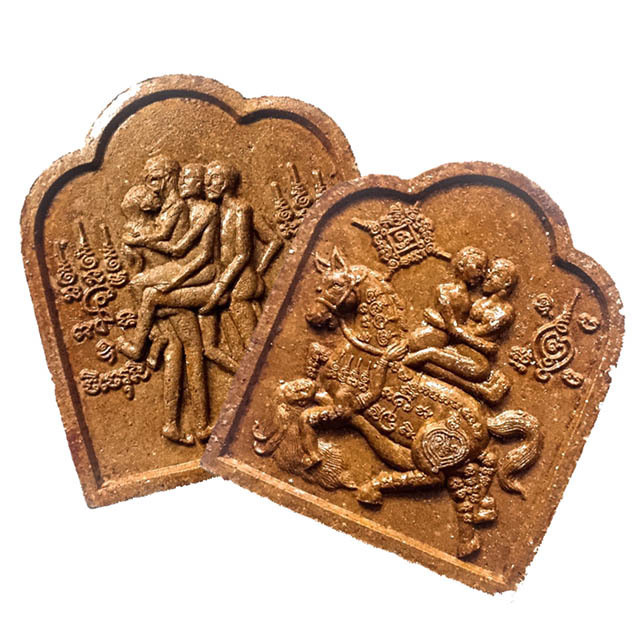 In Ma Koo Sak Sanaeha 2 sided amulet from Luang Por Goy (Wat Khao Din Dtai) from 2552 BE - the front face feautures the In Koo Saep Ma (Loving Couple Riding a Horse with the Lady Making Love with a Horse), and the rear face features the In Koo rak Sanaeha (two Loving Couples in Unison/Orgy) 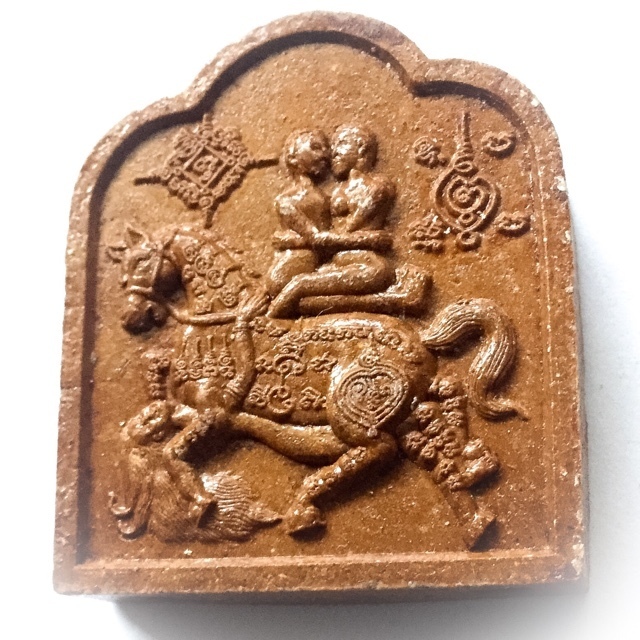 All these were mixed together and pressed into the shape of the In Koo Saep Ma - Koo Rak Sanaeha.

The front face is a couple making love riding on top of an In Ma Saep Nang Deity (Horse and Woman entwined). There is a Fable that there was once a family who had a very beautiful daughter. This family reared horses for a living, and their horses were famous for their incredible beauty. The daughter took care of the horses every day until one day she felt intense desire for the horse she had become attached to, and consummated her desires with the horse (had sex with it). 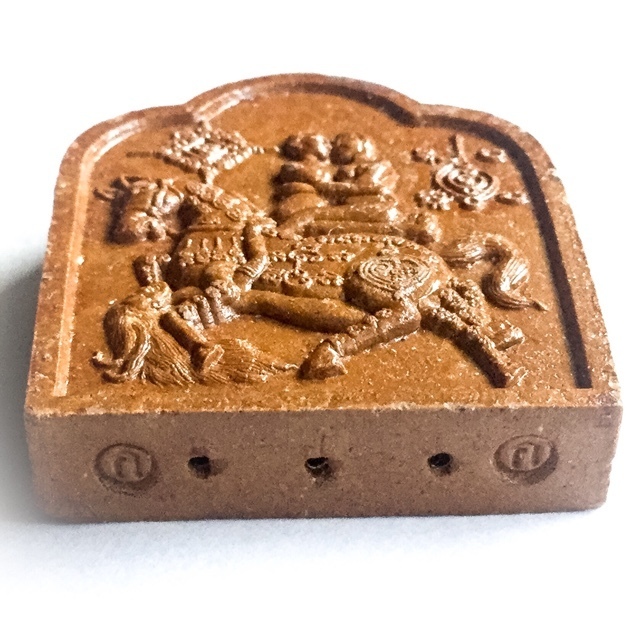 Above; 3 Takrut spells are inserted into the base of the amulet, with two code stamps embossed

When the family found out about the event, they were incredibly offended and angry, and they killed the horse which the daughter had been caring for and had sex with. The daughter heard of this, and became so sad, that she died of a broken heart, from sorrow for loss of her horse and lover. 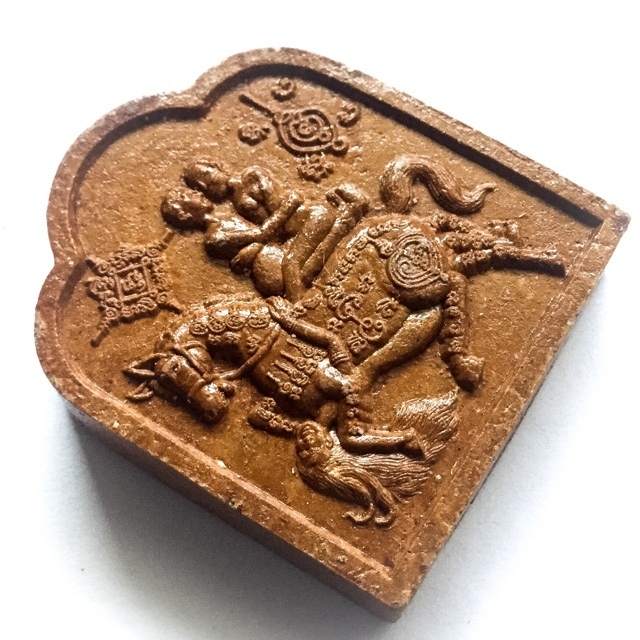 The ancient Kroo Ba Ajarns of Old believed that this particular horse had an incredible power of Maha sanaeh (charm and attraction). So strong indeed, that even a Human Woman could fall in love with it and allow it to have sexual contact. For this reason the In Ma Saep Nang is an extremely powerful love charm, and that whoever carries it will certainly have the charming effect on others around him or her. 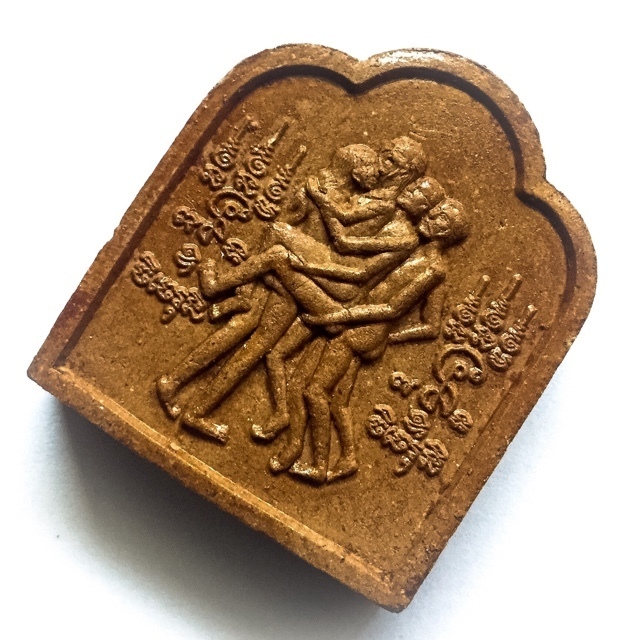 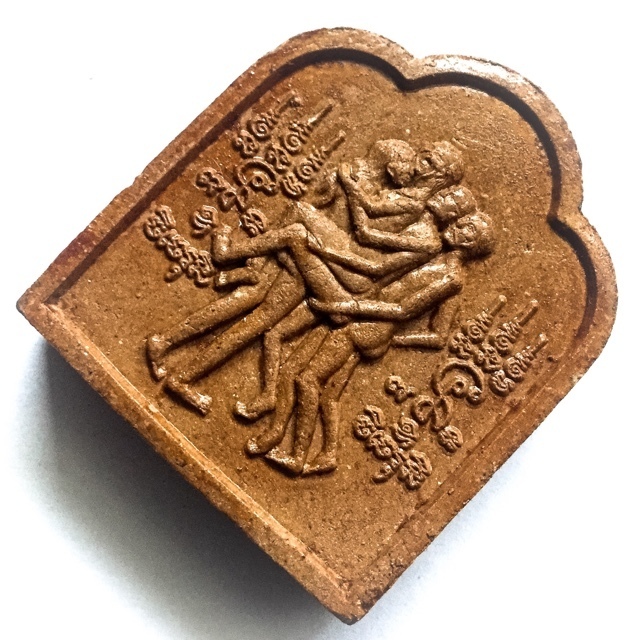 The In Plord Rak is a 'Krueang Rang' (Occult charm/talisman) that the Ancient Masters used to symbolize the Power of Love, and that this amulet endows the wearer with the power over the minds of those of the other Sex (or same Sex if that is the Inclination).

Luang Por Goy empowered the amulets according to the correct formula of Khmer Lineage of his Masters, and employed Kasina meditation until he saw a Nimitta of the lovers entwined rise up from the amulets. Then he called the Citta Vinyana (spirit/mind) of the Male In and Female In, to approach the In Ma Saep Nang Deity effigies. 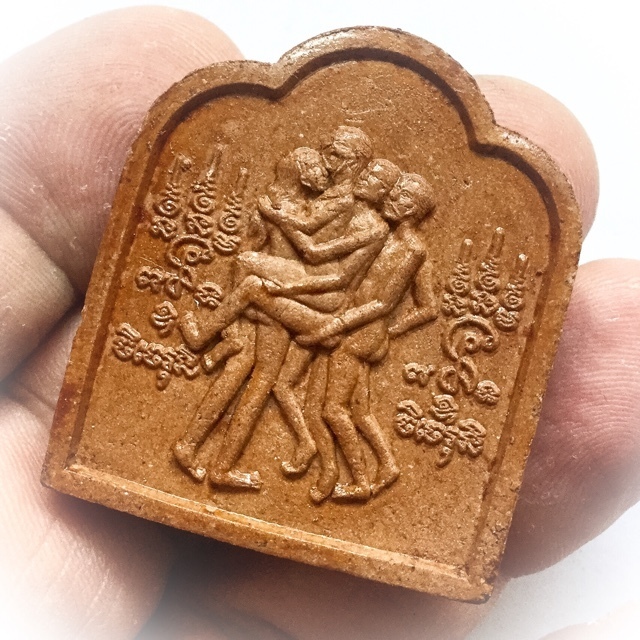 He used incantations to invoke the Devas to intertwine and fuse magically, and then bind and empower the images with Ancient Khmer Sorcery, chanting the Kata until the power began to arise within the amulets. 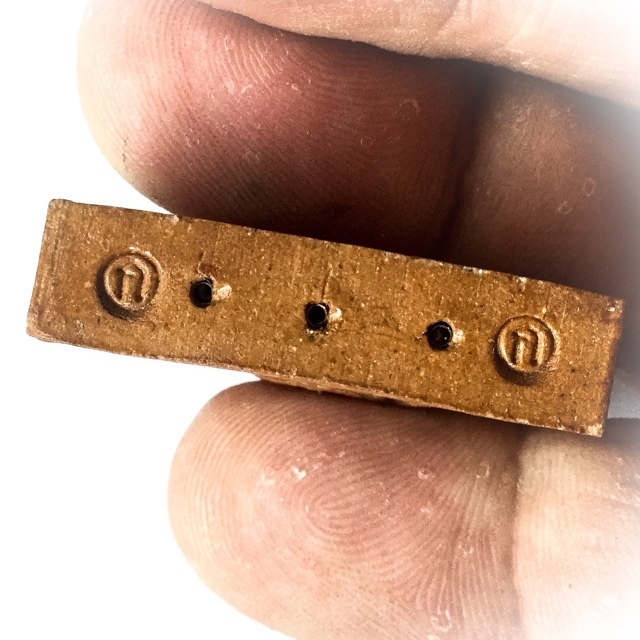 After this powerful invocation, Luang Por took the In Ma In Koo Rak Sanaeha amulets and soaked them in 'Nam Man Paya tae Krua Naree Rampeung' (sexual attraction musk oil), in order to multiply the strength of the spell contained within the amulets (magical charging).

This amulet is not only good for improving ones love life, it is also good for those with Family problems, or who dont have a Family yet. This amulet is aimed to surround you with loved ones who love you, not only to attract people to have love affairs with or sexual relations. Also very good for shopkeepers to put in their cash tills or above the door of their shops. Placing it in the home will also improve Family Relations. 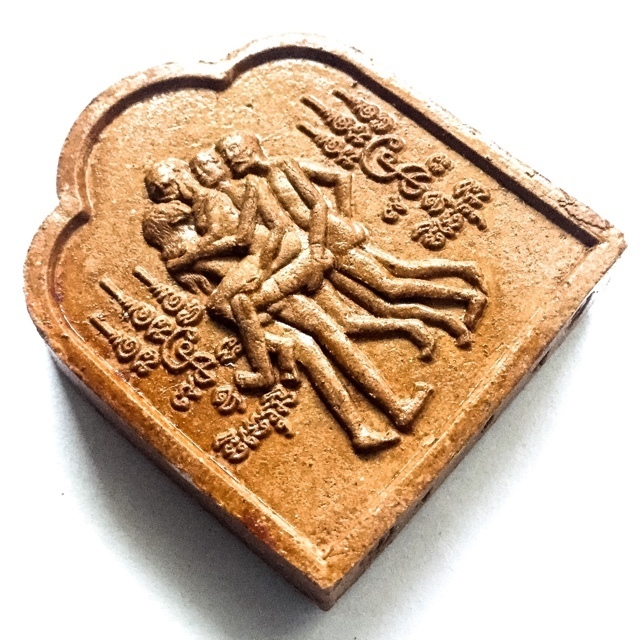 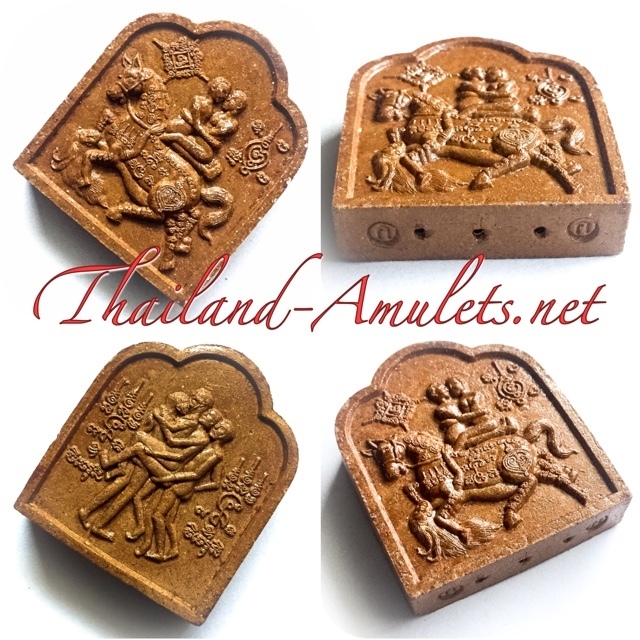