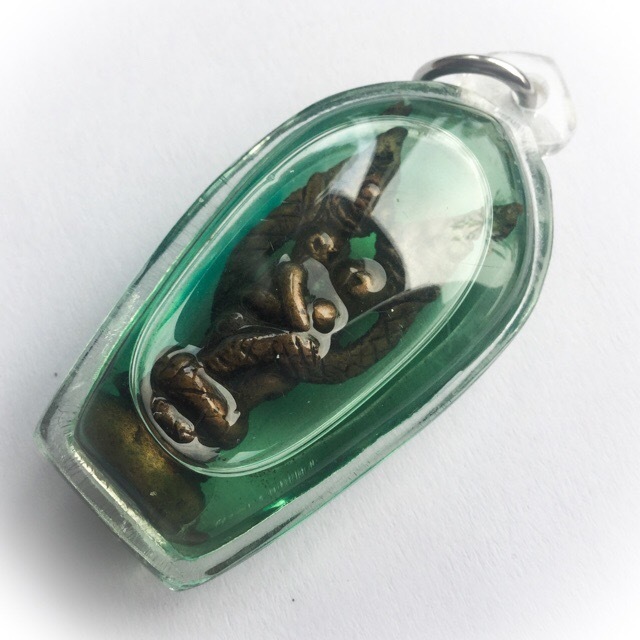 This Necromantic Amulet is an In Koo Deva of the Nāga Realm, and is in the process of transformation between Human and Naga Serpent.

Hence, there are a man and woman entwined in sex magic ritual as the two Nagas encoil themselves into a single entity, also in Tanric Yab-Yum Sexual Energy Fusion. The In Koo part of the amulet are of the 'In Plord Rak' variety, entwined in sexual embrace. The amulet is immersed in Powerful Green Prai Oil. 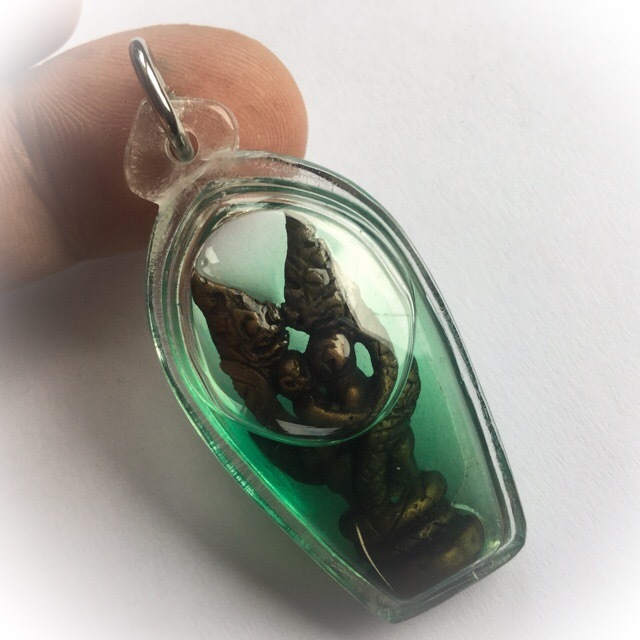 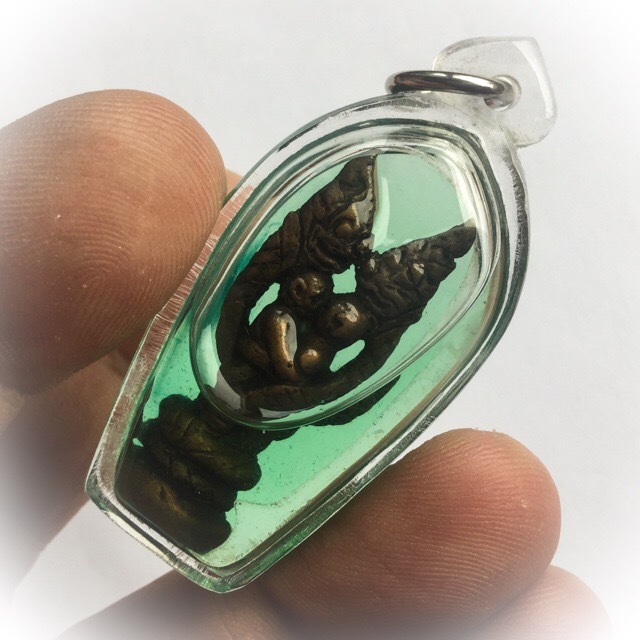 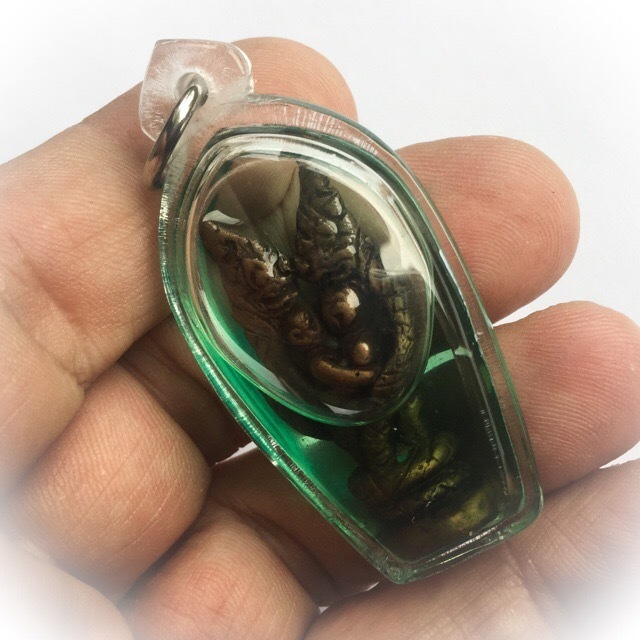 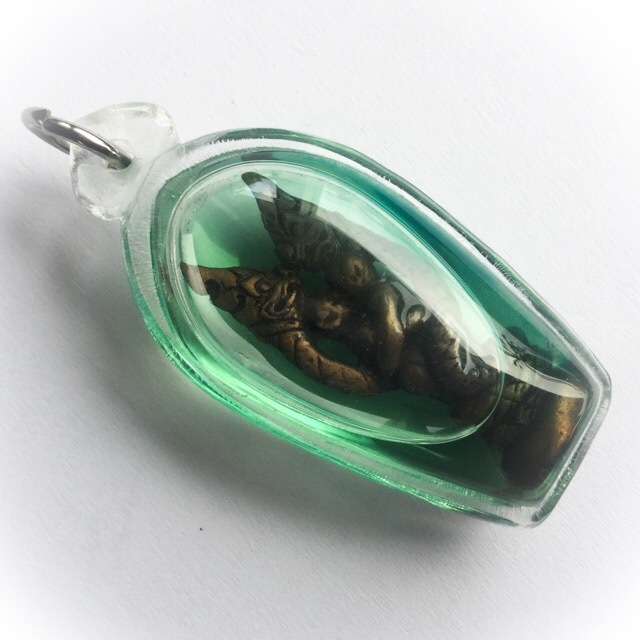 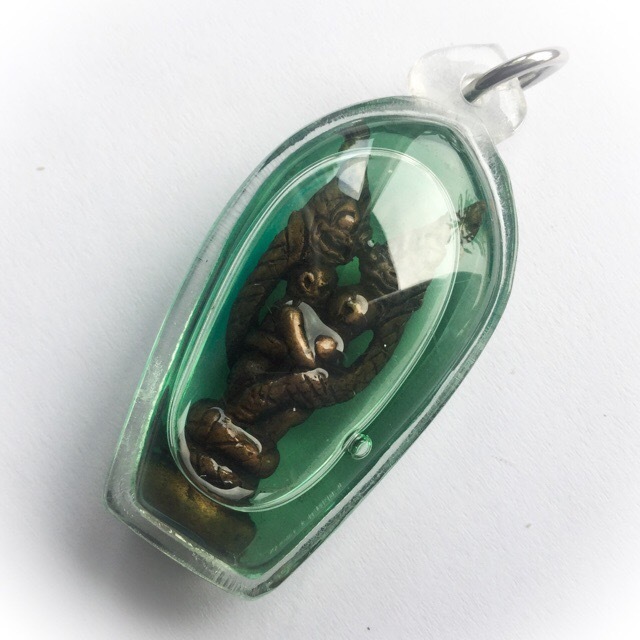 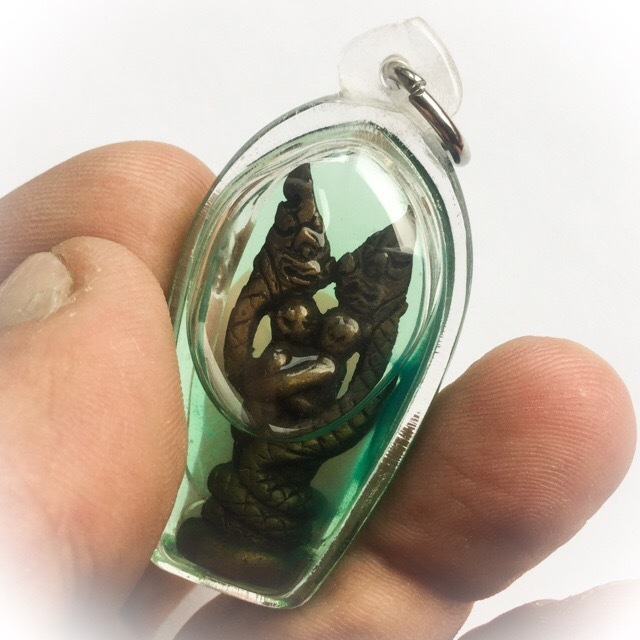 This version features Nagas, who are in any Case Half Human as far as the fact that they can take on both Human or Serpentine Form is Concerned. The In Plord Rak is a ‘Krueang Rang’ (Occult charm/Talisman) that the Ancient Masters used, to symbolize the Power of Love, and that this amulet endows the wearer with the power over the minds of those of the other Sex (or same Sex if that is the Inclination). For those who already have a Lover, but who seems to be a little distanced and not too close, the In Koo Plord Rak, is the best kind of charm to improve and increase the persons love towards you, and increase intimacy. 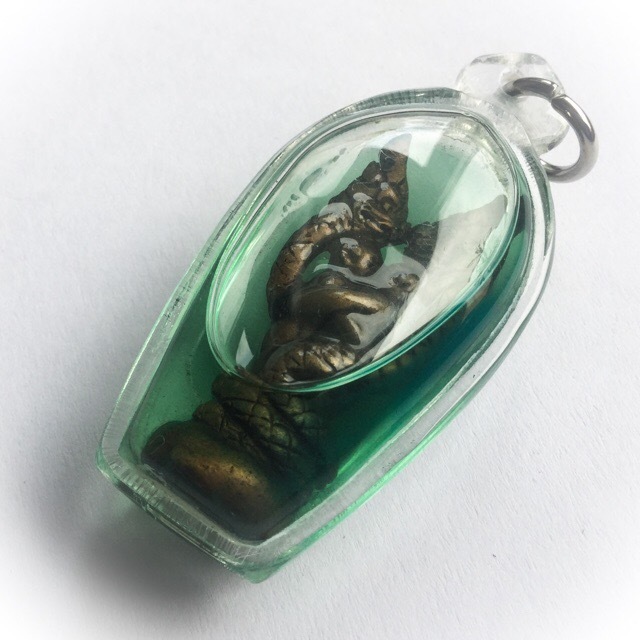 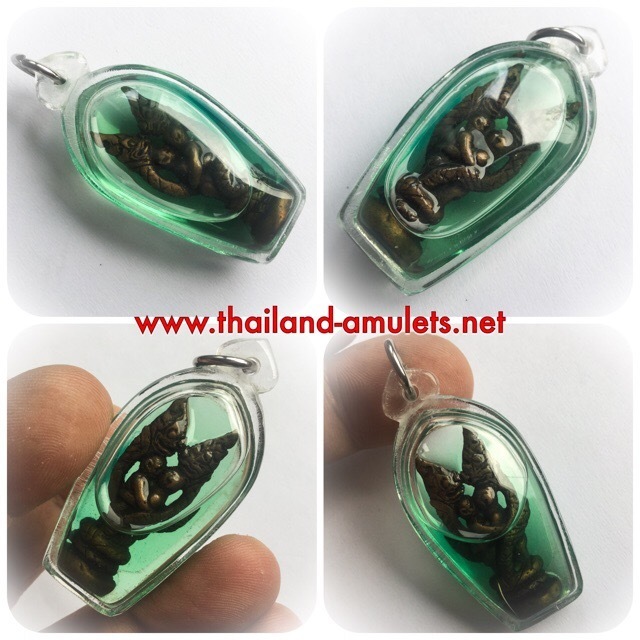