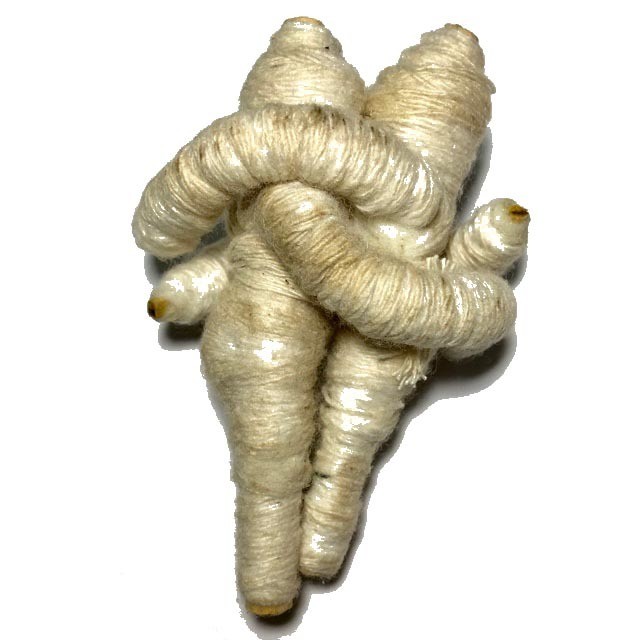 Twi Sacred In Koo Hun Payont Sacred Bound Effigies from long standing master of necromancy, Kroo Ba Dech Gidtiyano, of the Samnak Songk Ban Mai Radtanakosin (Payao). This 2560 Traimas ceremony release is a Magic Occult Talismanic Charm to Entice and Enchant a person (or people) to seek out the spellcaster, and be drawn by mental and magnetic attraction towards you, and fall in love. The spell is used to 'Tam sanaeh' (make an enchantment) and seduce others to fall under your influence through fascination and sexual attraction, or to induce Mercy Charm in the Hearts of Superiors, or Enemies. 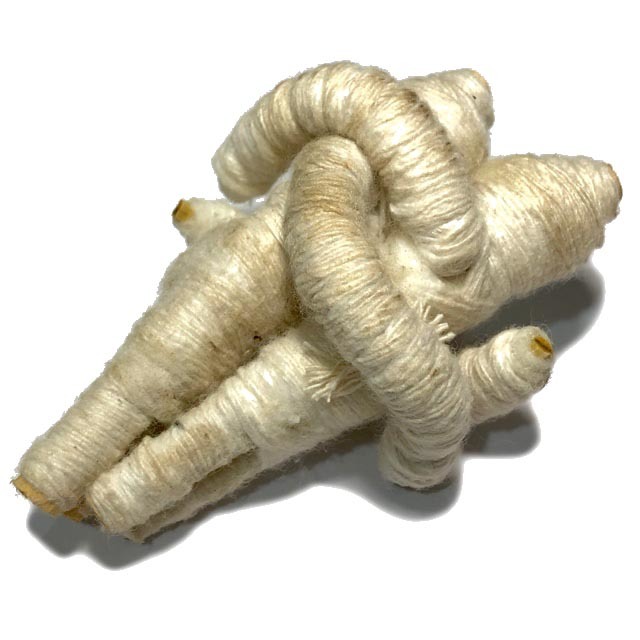 The IN PAYONT Sakot Rak (Hun Payont In Koo) Bound Embracing Effigies Talismanic Occult Charm is a Khmer Necromantic Wicha that has been used for thousands of Years. The Wicha of course has earlier origins beyond and before the advent of Buddhism, and almost as long as Humans have lived on the surface of the Earth, and developed beliefs. All Cultures, Religions and Continents has some for or other of effigy making for magical purposes, and this makes the Hun Payont and the In Koo. 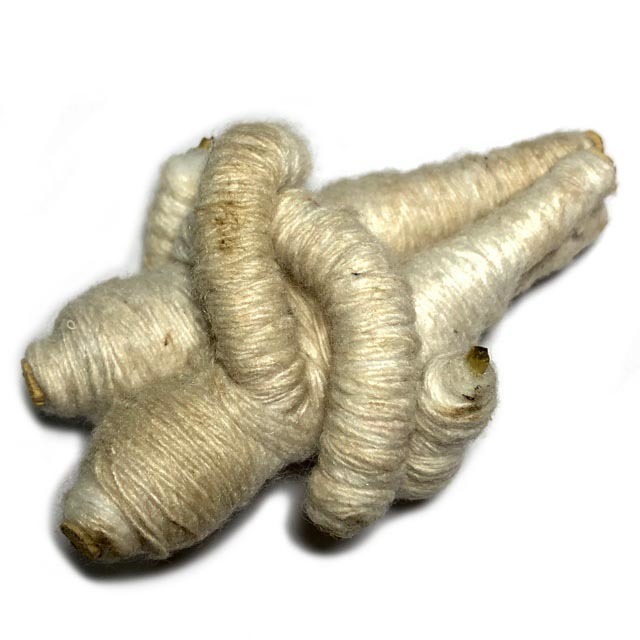 The In Koo, or Hun Payont Golem is probably one of the oldest kinds of magical animist amulets with the oldest origins in Human History, along with the Mother Goddess of Fertility. Below we can see an image a twin females figurine from 2300 BC found in Ecuador, commonly interpreted by anthropologists as fertility figures, and/or guardian spirits, the exact purpose of these precocious figurines remains unknown. Male-Female and same sex figurines are found all over the world in archeological digs, which shows just how ancient and deeply embedded this form of sorcery and the belief therein is embedded in our genes. 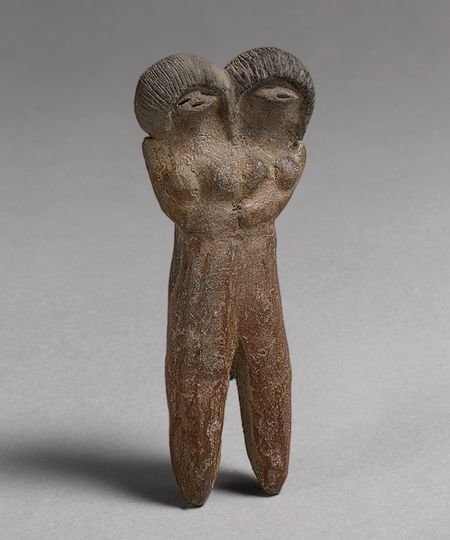 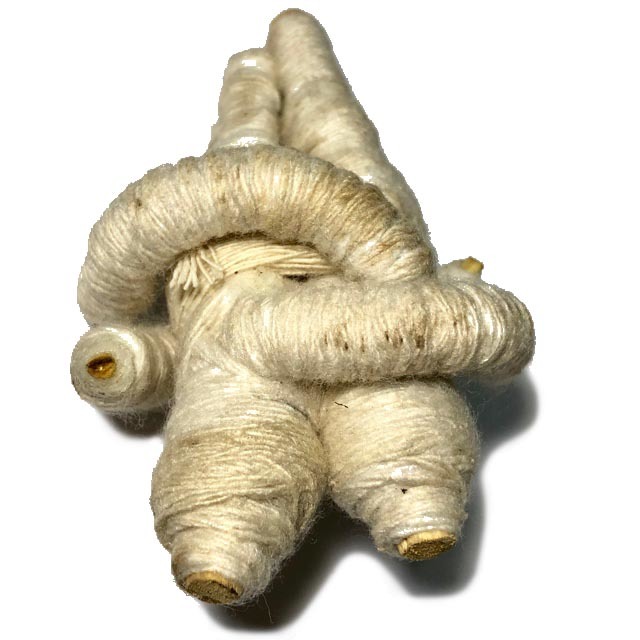 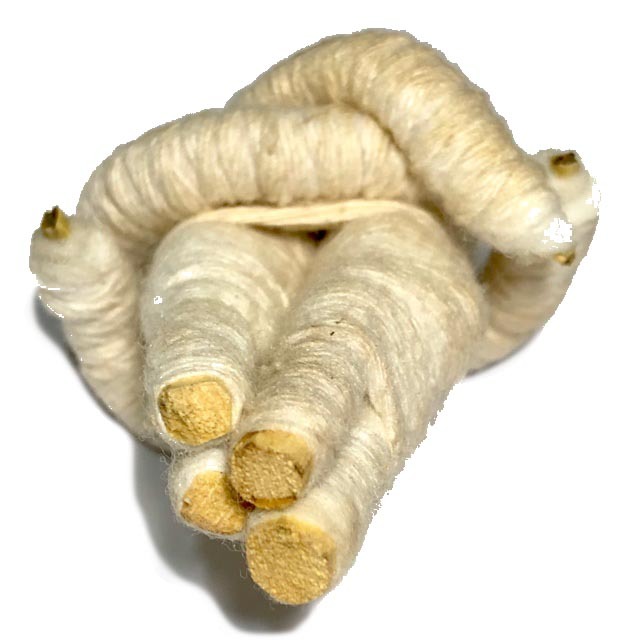 In olden days, people would use In Payont by taking a Bai rak tree leaf that was pointing to the East, and beseech the local resident spirits permission to take the leaf, and then cut the leaf with a ritual instrument or with Kata and tearing it off, would inscribe the name and birthday of the person of the person to be enchanted. The leaf was then rolled up into a scroll and inserted between the hugging arms of the effigies. 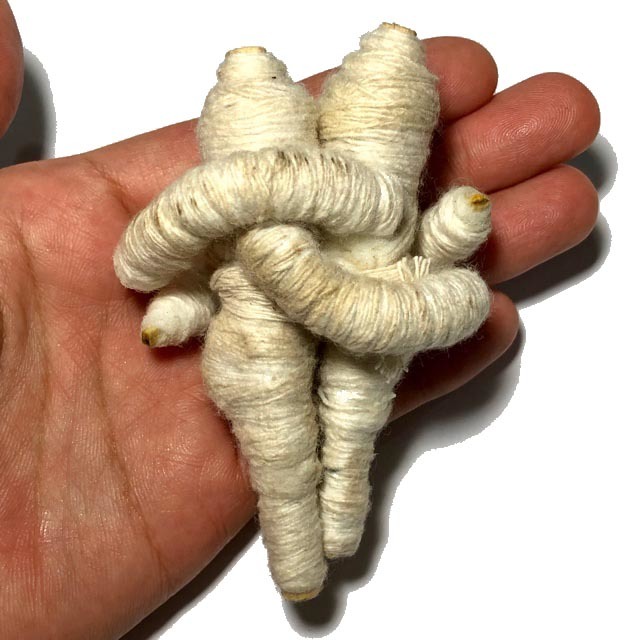 You can perform this by using a piece of paper, or a lotus leaf, parchment, or even a Takrut metallic foil scroll (if you have one that is blank), and chant the given Kata before going to bed each night. Place the In Payont above the head of the bed.The spell makes the other person miss you, think of you (cant get you out of their mind), and feel forced to come and find You. If you are already with the partner, then the spell will increase the love and intimacy between you, and make them love you even more than before, with constantly growing love and affection. 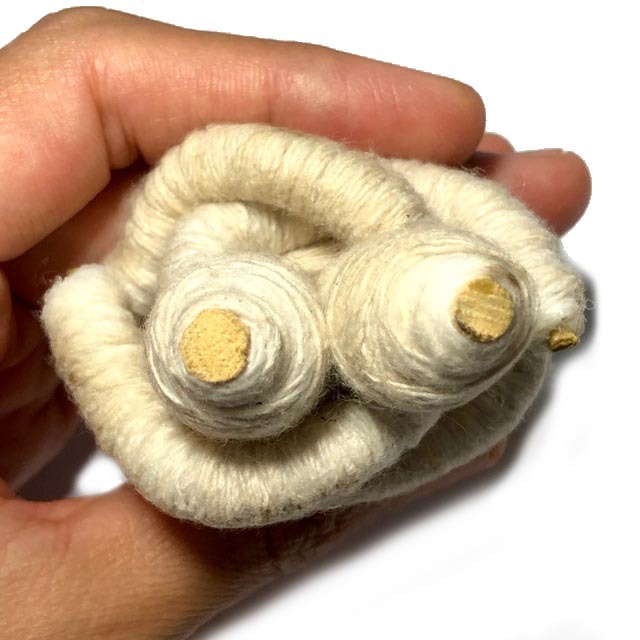 The spell can also be used for non-amorous purposes, such as inscribing the name of your boss on the paper/leaf, to increase favorable treatment and chances of promotion. Inscribe the name of your enemy, and they will cease to have ill wishes and intentions towards you, and their anger will fade.

Then blow on the In Payont 3 Times. 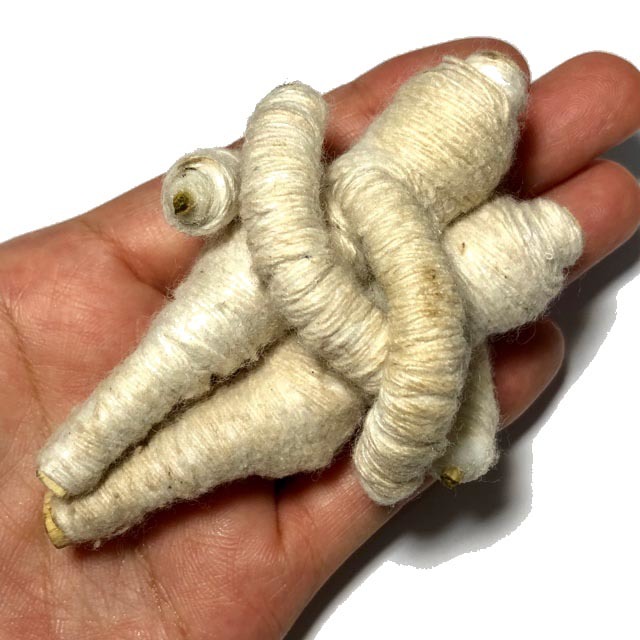 Then continue by Chanting;

Blow this Kata into the In Payont 3 times. 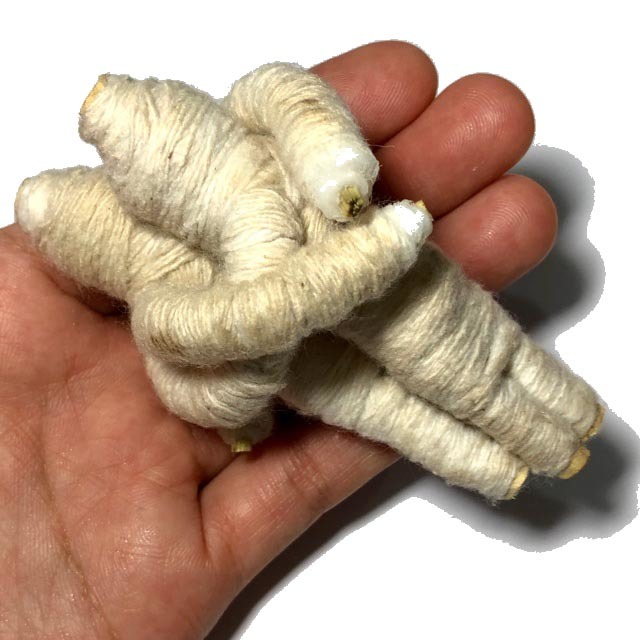 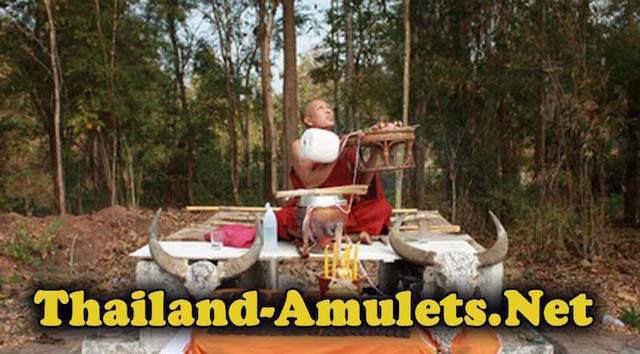 Kroo Ba Dech is Most well known for his Lanna Buddhakun Buddist amulets preserving the ancient methods of making, and his Khmer Necromantic Potions and Occult Charms. Kroo Ba Dech is a long standing tried and tested Sorceror Monk, who has been Internationally Acclaimed, and called upon to visit far shores around S.E. Asia, with tens of thousands of devotees around the world within his fold. He lives simply in forest ashram monastery and practices the High Kammathana Cemetery Meditations. 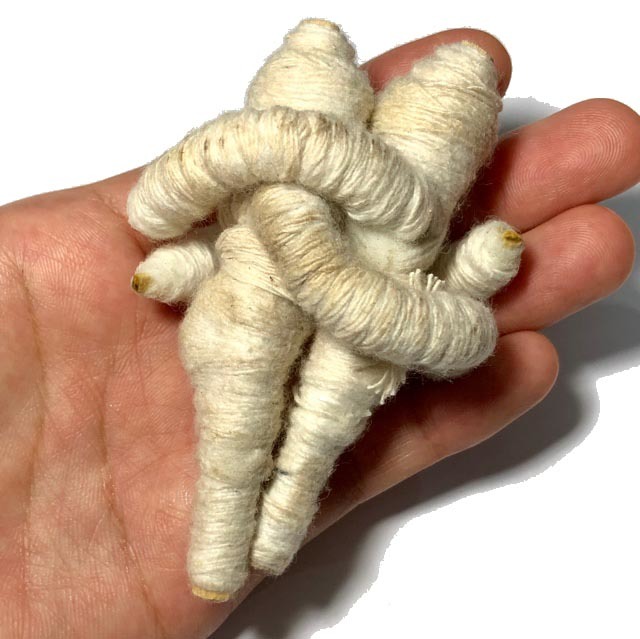 His amulets have always been made adhering to ancient formulas of sorcery, with the most rare and powerful magical ingredients used in the Muan Sarn Sacred Powders and Nam Man Prai oil potions he has produced to date.He empowers his amulets in the forest cemeteries where he practices, with the full methods of ancient ritual magick. He leaves no holds barred in his empowerment methods and ritual practices, preserving the Wicha of his Kroo Ba Ajarn in its Entirety. His adept practice has led him to master a vast array of Wicha, be it Takrut, Potions, Muan Sarn Sacred Powders amulets or cast metal alchemical amulets. 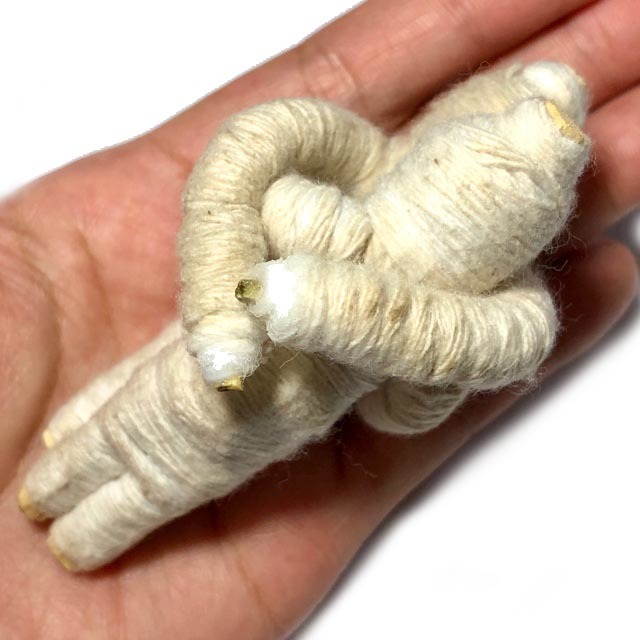 He empowers his amulets in the forest cemeteries where he practices, with the full methods of ancient ritual magick. He leaves no holds barred in his empowerment methods and ritual practices, preserving the Wicha of his Kroo Ba Ajarn in its Entirety. His adept practice has led him to master a vast array of Wicha, be it Takrut, Potions, Muan Sarn Sacred Powders amulets or cast metal alchemical amulets. 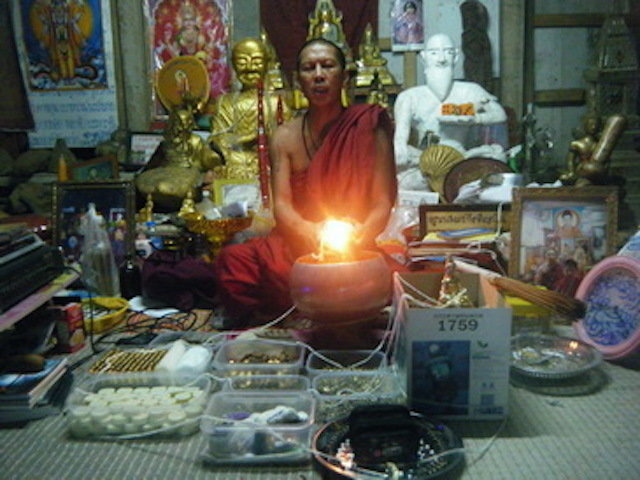 Short heart Mantras for invoking Maha Sanaeh with the other sex

Woman or Man seeking another Man should use;

Man seeking a Woman should use;