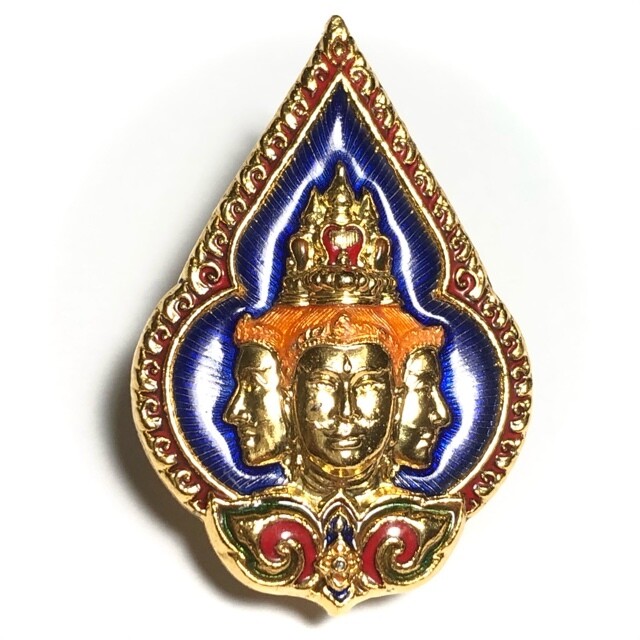 Brahma Pin Badge from Top Gaeji Guru Monk 'Luang Por Poon' of Wat Pai Lom (Nakorn Pathom) - Made from Nuea Loha Pasom Chanuan Saksit (iron with sacred pices of metals from amulets, Buddha statues and other sacred items and places). 'Long Ya Nam Ngern' (blue enamel). This amulet is yet another example of the high level of beauty and quality used in Luang Por Poons amulets, which have always had a high reputation for being the highest form of 'Puttasin' (Buddhist Fine Art). The medallion was designed by 'Chang Soap Sri Rung Rueang' (also known as 'Chang Dtum'), one of Thai Buddhist Fine Art's greatest contemporary artists for Buddhist and Sacred Mythological art. This amulet is suitable for both men and women, and needs no encasment due to the badge pin on the rear face. This amulet would even be fitting for a Brahman or an Ajarn to wear on his robes or white ceremonial clothing. 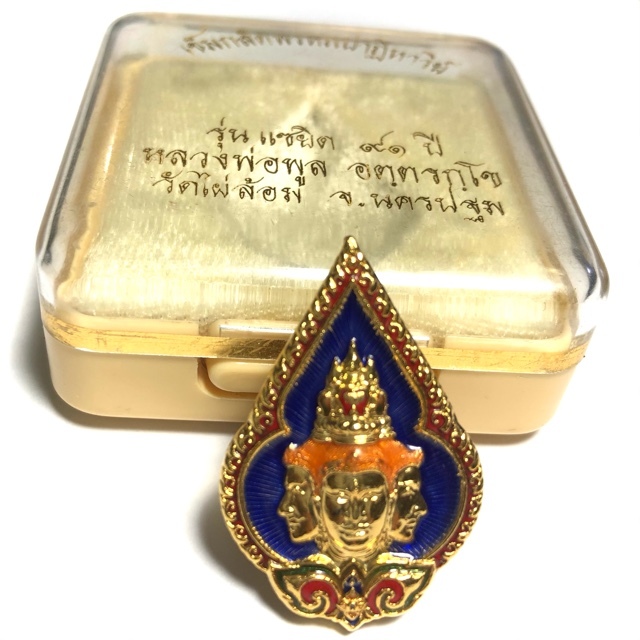 Luang Por Poon made these amulets for strong Metta Mahaniyom and wish fulfilling, because Brahma (Pra Prohm in Thai) is the builder of the Universe and all that is in it, including abstractions such as the chance of success in life, and profession.

Luang Por Poon was renowned for his four qualities of Brahmacarya; Metta (Loving Kindess), Karuna (Generosity) Mutitaa (the wish to help other Beings) and Upekkhaa (Equanimity).

The rear face of the badge has four sacred Khom Agkhara syllables; 'Mae', (Maetaa) 'Ka' (Karunaa), 'Mu' (Mutitaa), and 'U' (Upekkhaa). This symbolizes the four Bramacariyas and generates much Metta Mahaniyom energy. 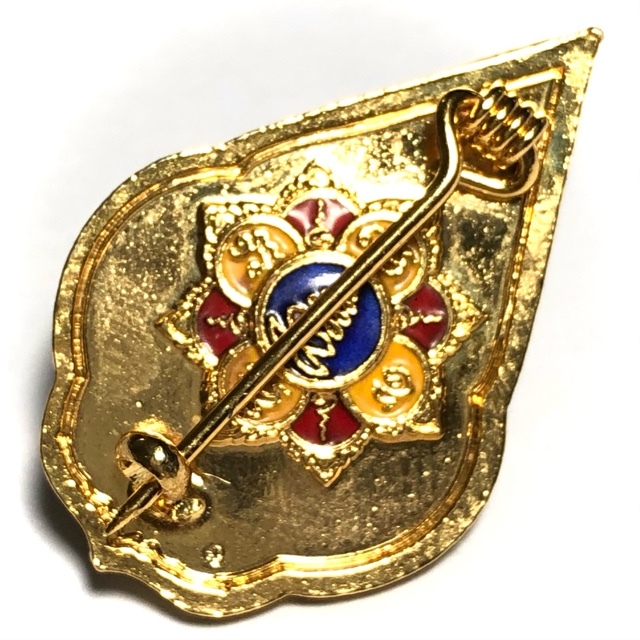