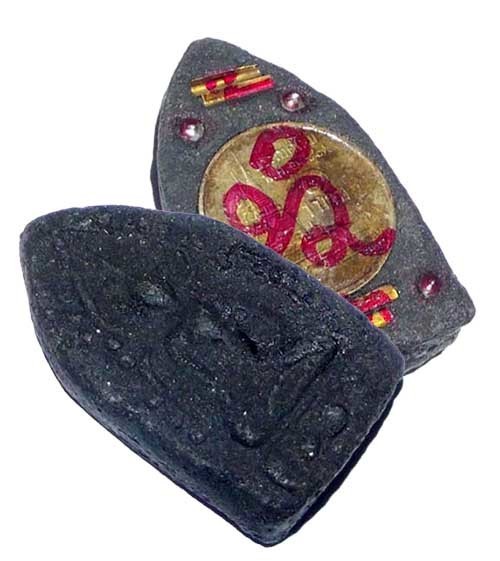 Ajarn Waet Surin's Khun Phaen has been powerfully constructed according to the Saiyasart magical Wicha knowledge of the Kampir Itijae. - Made in extreme limited edition of only 108 amulets, the Khun Phaen Itijae is also now an essential rarity. This amulet comes with free waterproof casing included in the price.

This amulet is the very last one of our repository which we had been retaining until there were absolutely no more left to be found of the original 108 made.

One can consider this hence to be the last opportunity to obtain this immensely powerful and famous, rare Prai Maha Sanaeh Necromantic amulet. 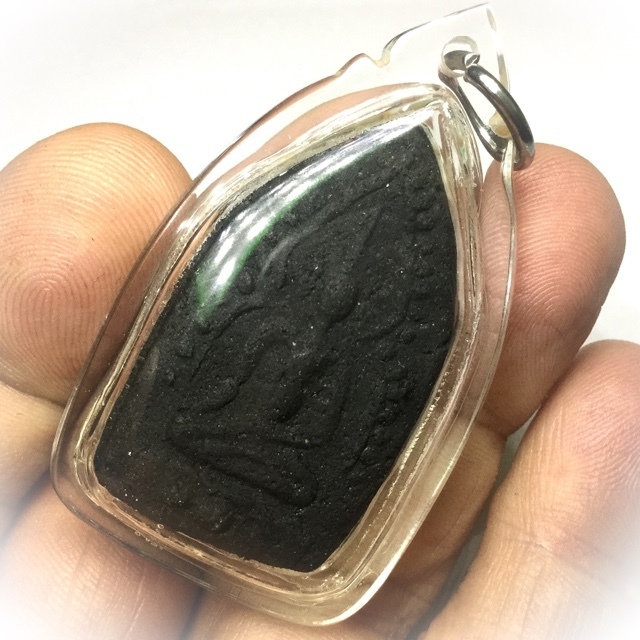 Ajarn Waet Surin has succeeded in the adept knowledge of creating a most powerful Itijae powder. It has been perfectly charged and is possessed of 'Metta Maha Niyom" for the enchantment specifically of the women. 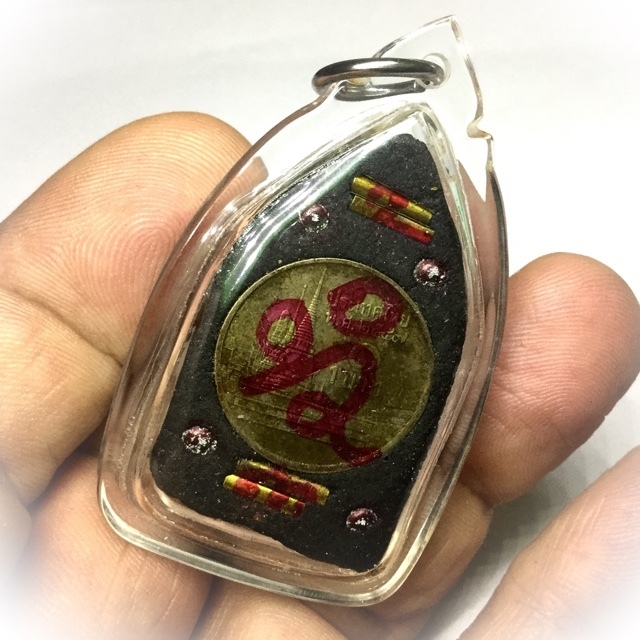 The Dtamra from which the Saiyasart formula of this Khun Phaen powder comes from instructs that if just a pinch of the powder used in this amulet is added to the food of your intended love, regardless if you are the poorest of men, will cause her to love you until her final days. The legnedary Khun Phaen gives the owner the ability to have many female followers who follow him in tow absolutley enamored. 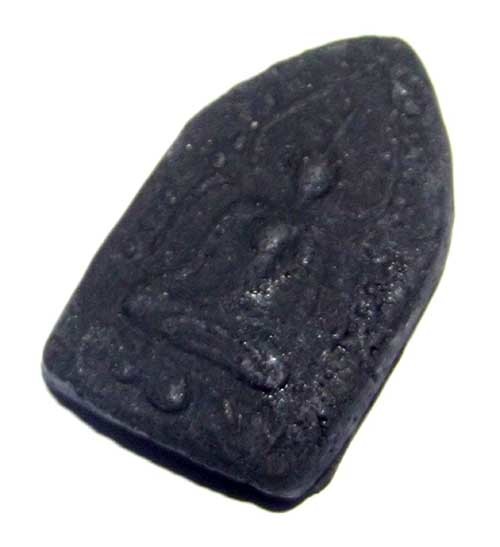 The Wicha Sanaeh Boran ancient knowledge of the Iti Jay is possessed of the power of 'Maha Sanaeh' charm and attractiveness, 'Metta Maha Niyom' kindness and compassion, and the supernatural powers of 'Klaew Klaad' evasion and 'Kong Grapan' invulnerability. 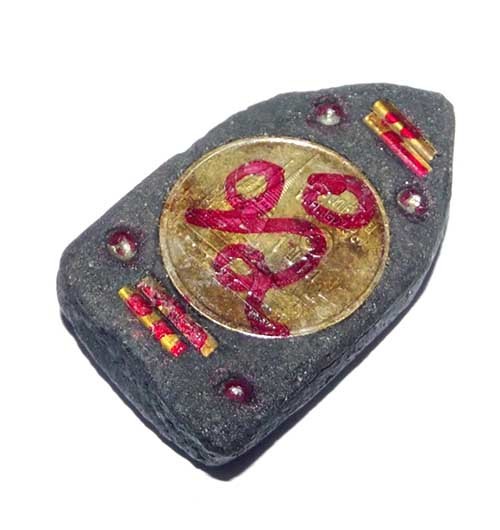 Ajarn Waet has accentuated this already poweful example of Saiyasart with the stressed powers of charming the female sex. He has created it in such a way that one is ordered to use this amulet in a way that is consistant with moral standards because if this is used to snare your desired loves heart, she will live only for you and you should not abandon her, lest she become heart broken to the point of death. 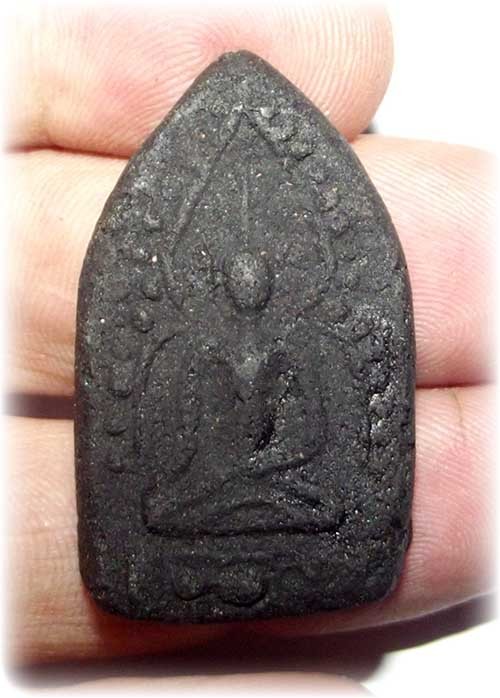 The Itijae powder has been accurately consecrated according to the Dtamra textbook of Thai Saiyasart occultism in conjunction with Buddhist principles. The powder was charged in the very center of the Monk's Kuti dwelling and is very well proclaimed by Ajarn Waet's Looksit disciples to see fast and true results. 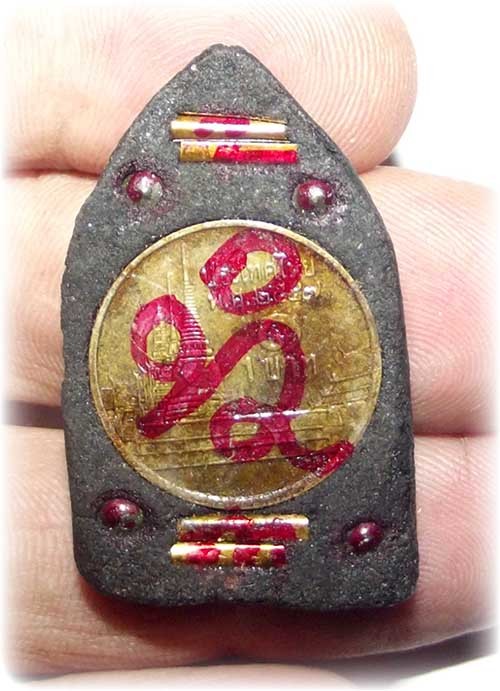 The powder has been collected from such sacred and mystical places as the Uposata Shrine room of 7 temples, giant temite mounds, earth from 9 sacred cave mouths.

The 'Pong Wan' sacred herbal mixture consists of an immense ammount of admixtures some of which include the infamous 'Dork Tong' flower of seduction, 12 types of Sanaeh herbs, 5 herbs of Khun Phaen intercepting troops, herbs of Nang Lom, Nang Kum, Sao Long, Saligaa Long Rak, as well as the Kumarn Tong herb and many herbs of ancient traditional medicines of Southeast Asia. 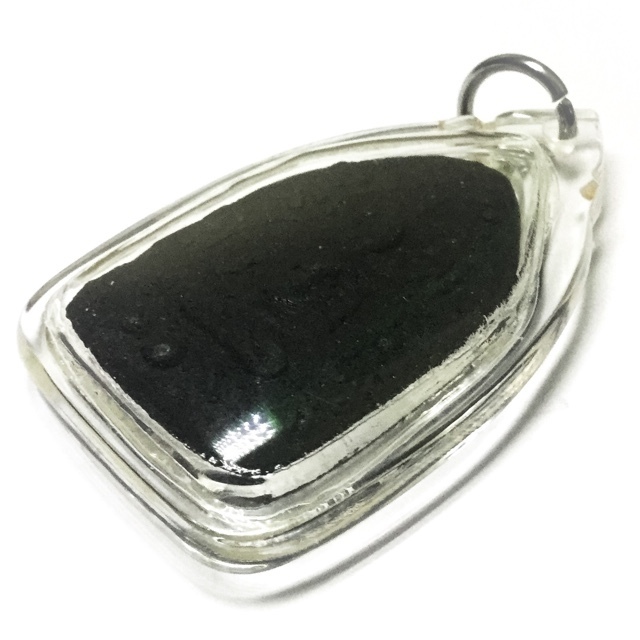 Pong Prai Kumarn bone powders have been added to intensify the formula and aid in Metta and the ability to forsee gambling fates and winnings. 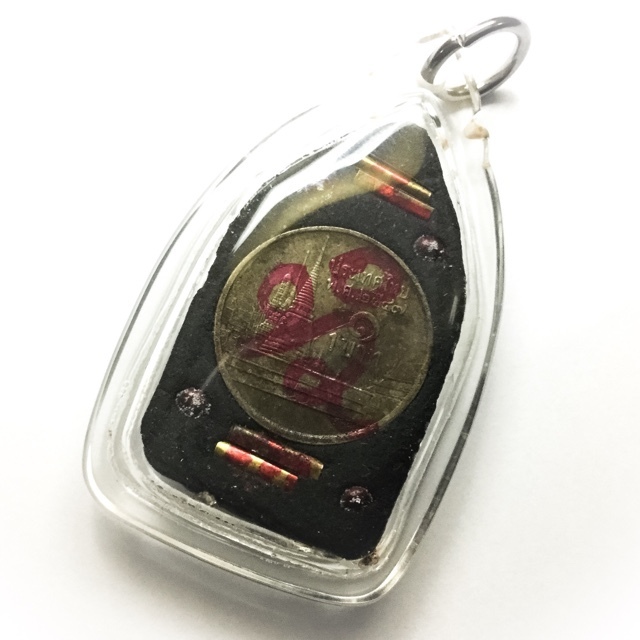 In the center of the rear of the amulet is a 'Rian' coin of 'Ngern Bpaak Phii', a coin that has been inserted into the mouth of the deceased corpse during funeral rights. When used in Saiyasart magic, this is an excellent charm for 'Prai Grasip' ghost whispering Wicha, in beneficial to the gamblers who are in need of fortune and luck. 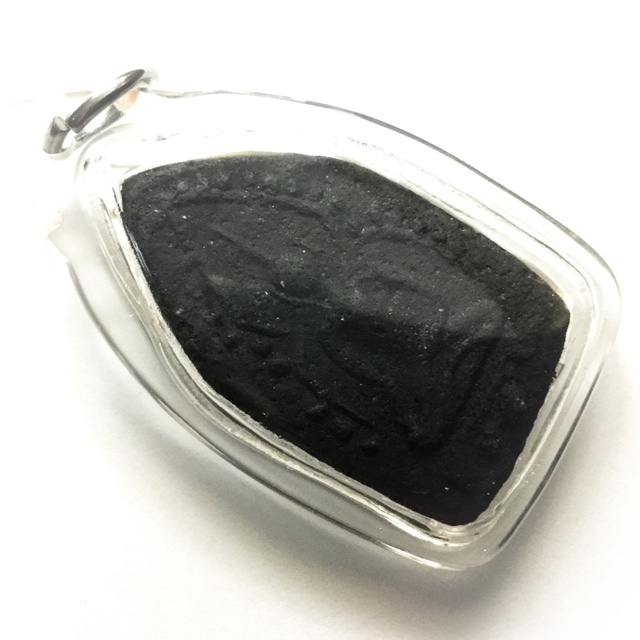 Only 108 Khun Phaen amulets were made with these specifications by Ajarn Waet Surin due to the extreme rarity of finding the 'Ngern Bpaak Pee' ghost mouth coins, and the Pong Prai Kumarn powders. 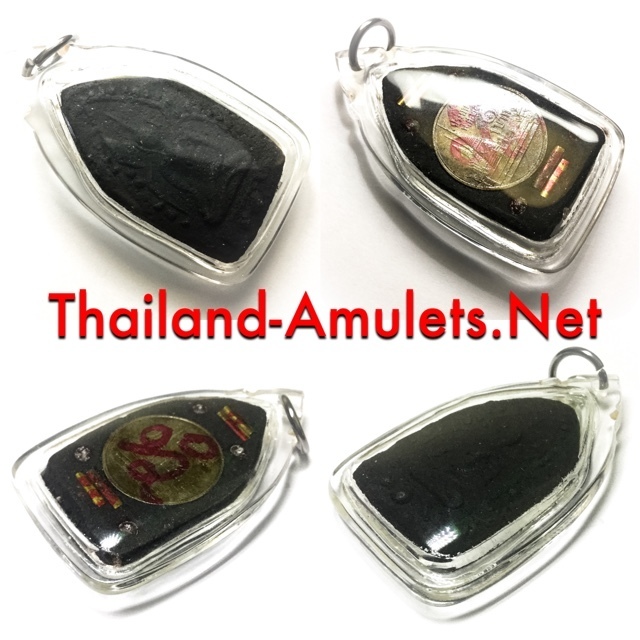