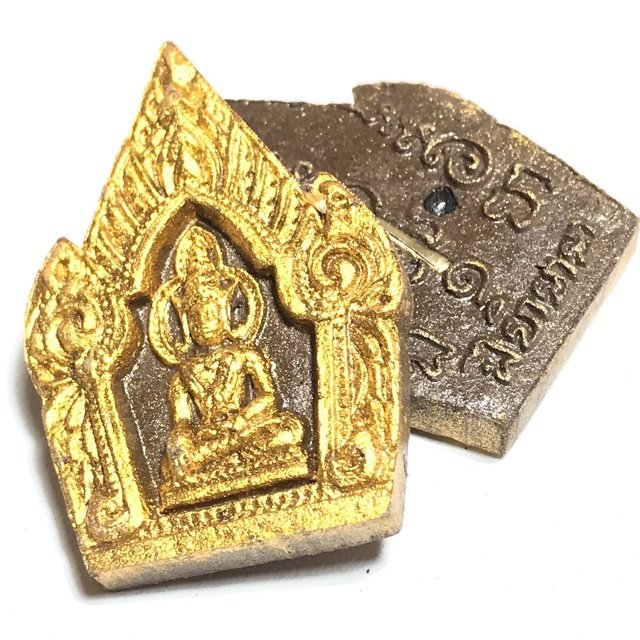 Made by Lanna Master Pra Ajarn Dtecharangsri, and empowered in Putta Pisek Ceremony with a large Gathering of the Northern Lanna Magical Guru Masters Attending to lend their Empowerments to this edition of Amulets. In addition, Nine Great Lay Masters of Maha Sanaeh type Sorcery were present to assist in the Incantations and Empowerments. 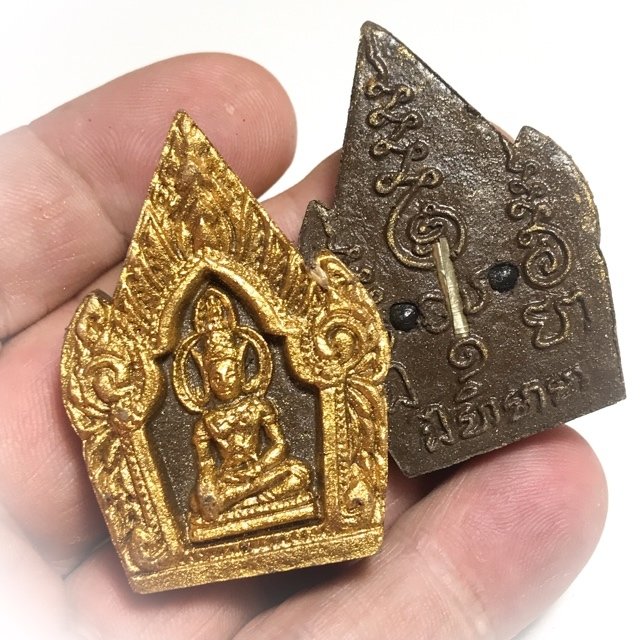 A Silver Takrut Hua Jai Khun Phaen is inserted into the sacred Powders of the rear face of the amulet, and two Kaya Siddhi Lek Lai Gemstones enchanted with Incantations are inserted either side. The whole amulet has been treated with a spray of fine golden powder, and a sticky coating of 'Chang Pasom Khloeng' Mating Elephants in Heat Prai Oil, so renowned for its powerful Maha Sanaeh Gaama Suudt Power of Attraction, for Kama Sutra Magick, Convincing Speech, and Mercy Charm. 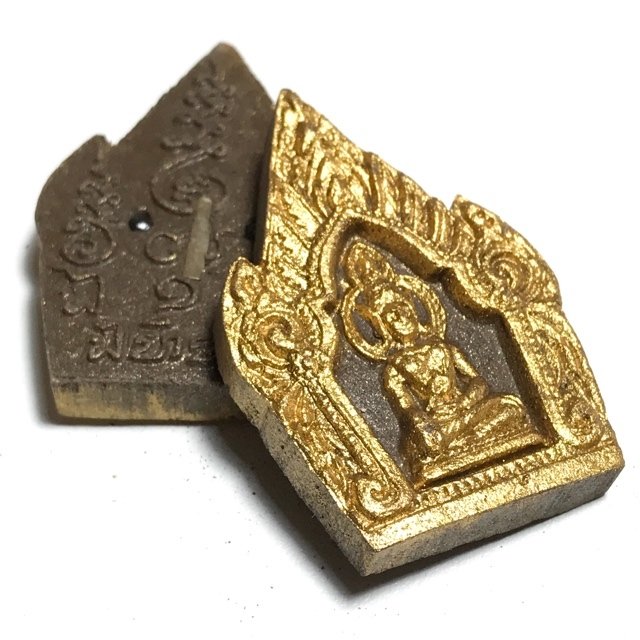 All the Amulets and Charms made in this Edition were composed of extremey rare and Powerful Muan Sarn ingredients which Pra Ajarn Dtecharangsri had gathered up over years especially for this purpose, including;

Prai Oils; Nam Man Prai Gao Dton (Prai Oil from Nine Ghosts). He received from his Kroo Ba Ajarn, who is very rarely seen to let anyone else have any amount of it, for he is quite possessive with it, because it is so very Powerful. See Pheung Bpaag Phii (Corpse Mouth Lip Balm), Nam Man Chang Prasom Khloeng (Mating Elephant Oil), which he Obtained in Lampang Province and which has pure Musk Oils from Rampaging Elephants in Heat.

Sorcerous Prai Powders; Thao Itti (Sorcerous Ashes),Pong Sanaeh ya Faed (Pure Powerful prai Powder), which he received from one of his Kroo Ba Ajarn in Myanmar.

All these ingredients were brought together, and given Incantations to Invoke and Awaken the 4 Elements, and the Kata Akarn Sam Sip Sorng (32 Components of a Living Human Being) Reanimation Spell for the Invocation of the Minds of the Nine Prai Ghosts. Incantations of various Spells of Wicha Maha Sanaeh were performed, such as the Wicha Na Hlong Hlai, Maha Laluay, Maha Metta, Na Maha Sethee. 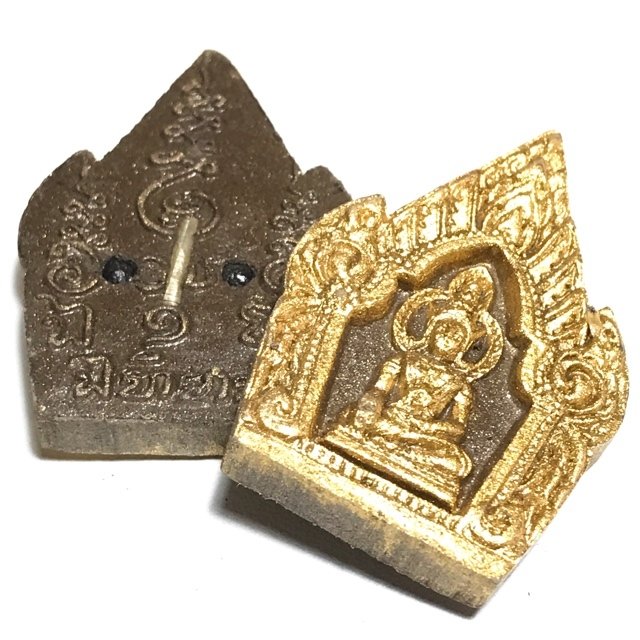 Each Agkhara letter of the spells were individually Invoked and Empowered step by step according to the Most Ancient Wicha of the Kroo Ba Ajarn of Old. The amulet invokes Metta and Maha Sanaeh power to receive Mercy, Compassion, Seduce Lovers, Helpfulness, Love and Admiration. Useful as a Social, Professional and Love Life Improver, as well as being a very Useful Tool for games of Risk (Gambling), and Speculation (Market Trading).

Pra Ajarn Dtecharangsri, has become one of Thailand's Leading Necromancers of the Ordained Sangha, and also has led the scene as a Lay Master. He is one of the few Masters preserving and extending the Wicha Saiyasart of the Northern Hilltribes of his Vicinity, and considered one of the most powerful necromancers for his use of authentic Necromantic Muan Sarn ingredients. 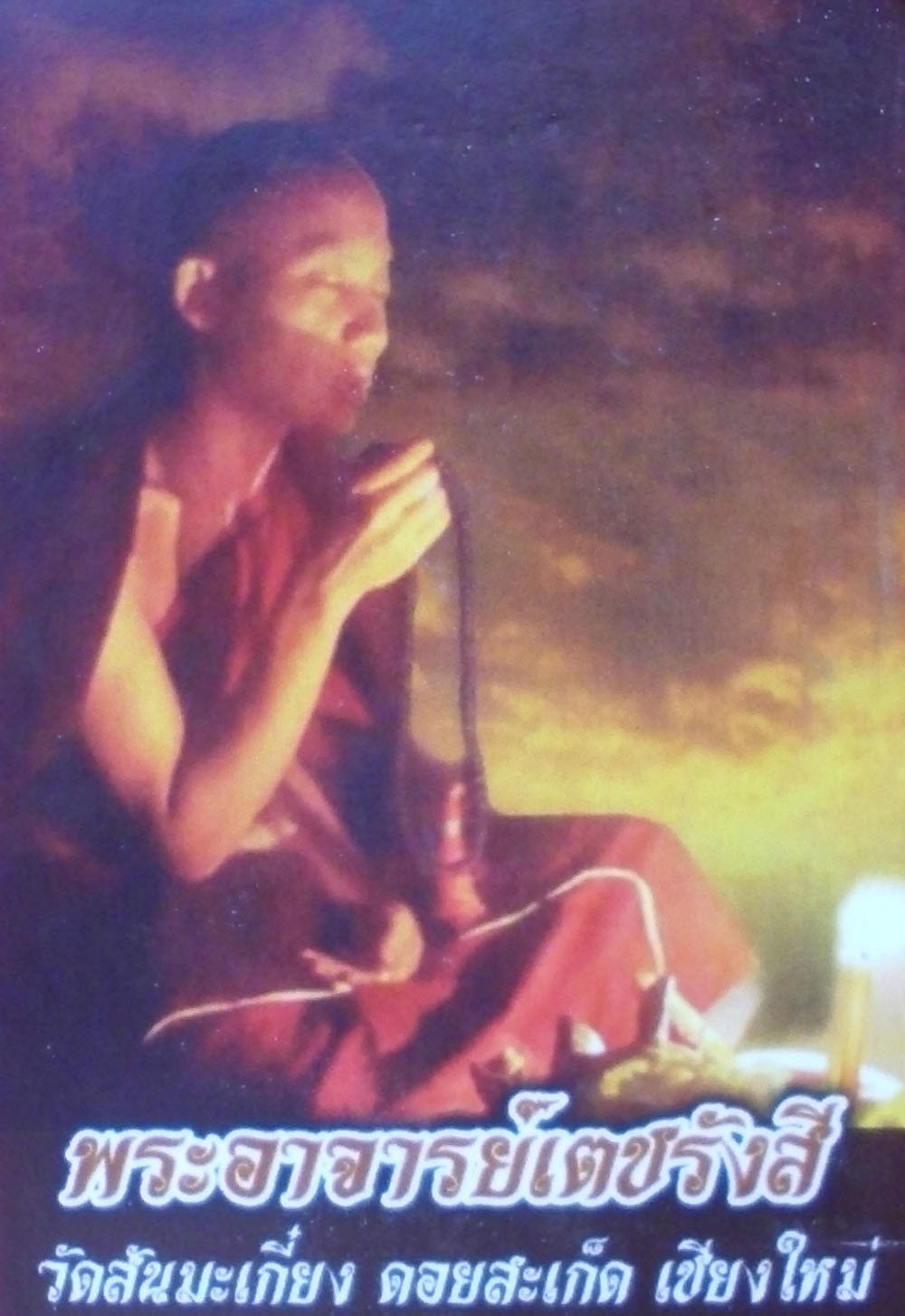 The Hilltribe Magic is rooted in Very Ancient Animist Sorcery, and considered to be most powerful due to its adherence to the preservation of ancient methods and secret formulas, passed down from mouth to ear from Master to Apprentice for thousands of years. 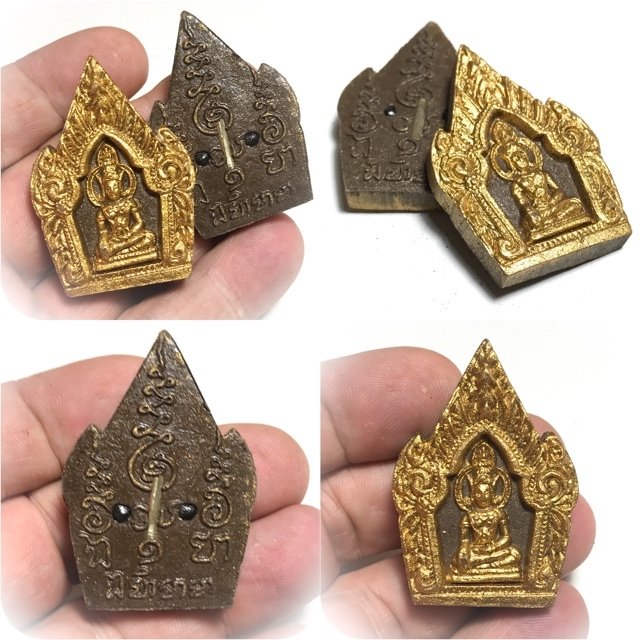