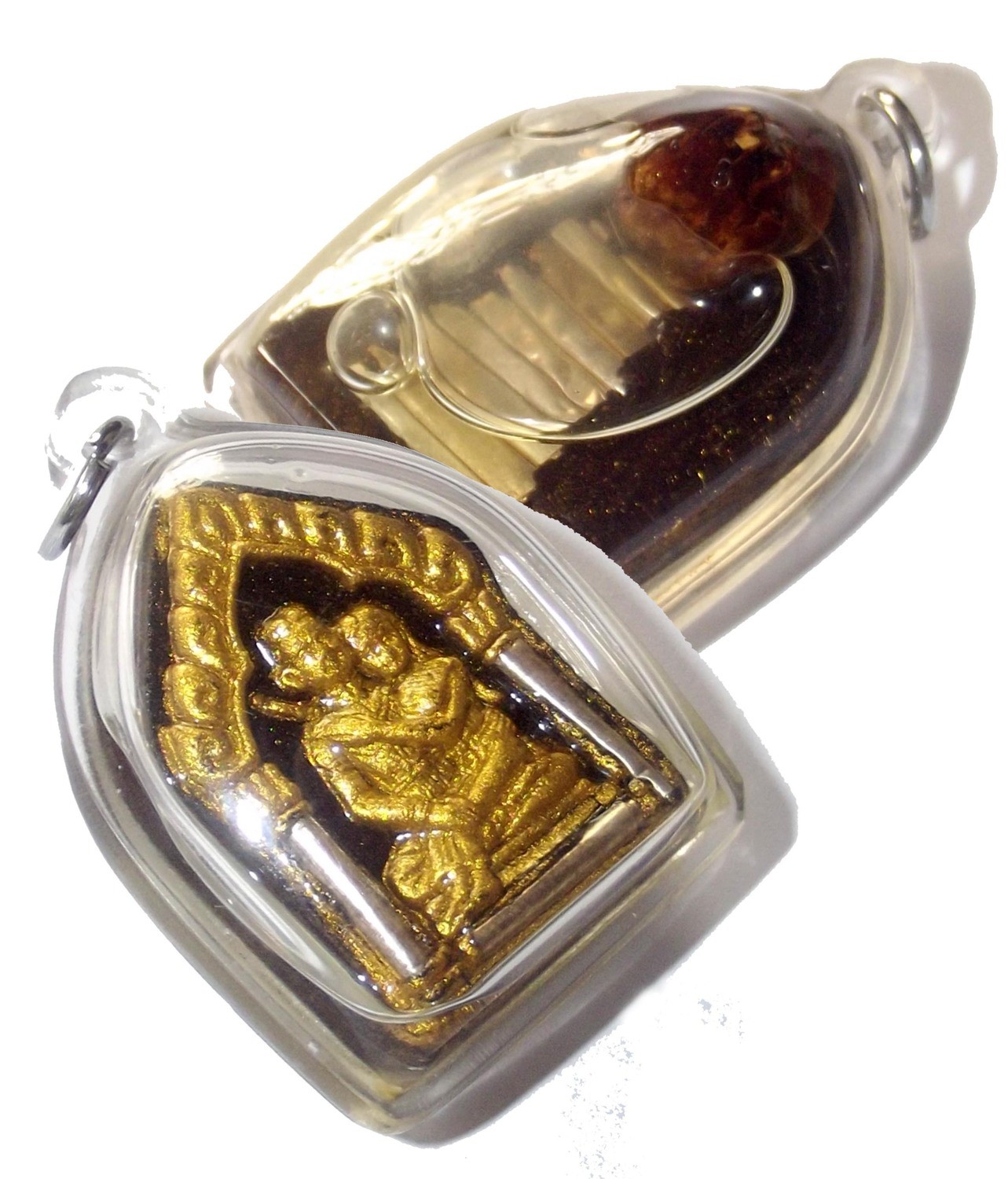 'Ongk Kroo' Masterpiece version of the 7 great masters Edition of Pra Khun Phaen Prai Kumarn. This Ongk Kroo is the Pim A model being encased and soaked in Prai Oils. There was amongst various types released in the series, also a Pim B model is in dry version without immersion in oil. 12 Silver Takrut spells and one Rak Sorn Flower are inserted into the Muan Sarn.

After these two editions, one of the five Masters passed away, uang Por Bpan of Wat na Dee, whose Wicha Gariang Kor Ma Maha Sanaeh, and Paetch Payatorn Wicha was becoming perhaps the number one preferred Wicha for Business and Love Attraction.

After this great loss, this edition was released with the absence of LP Bpan, but the addition of other Masters to replace the absent Master, and increase the numbers to seven. Once more after this edition, we have lost another Master, Luang Por Pan of Wat Wang Pae, whose Wicha Huk Nang Wua applied with the Paetch Payatorn amulet was in a class of its own. 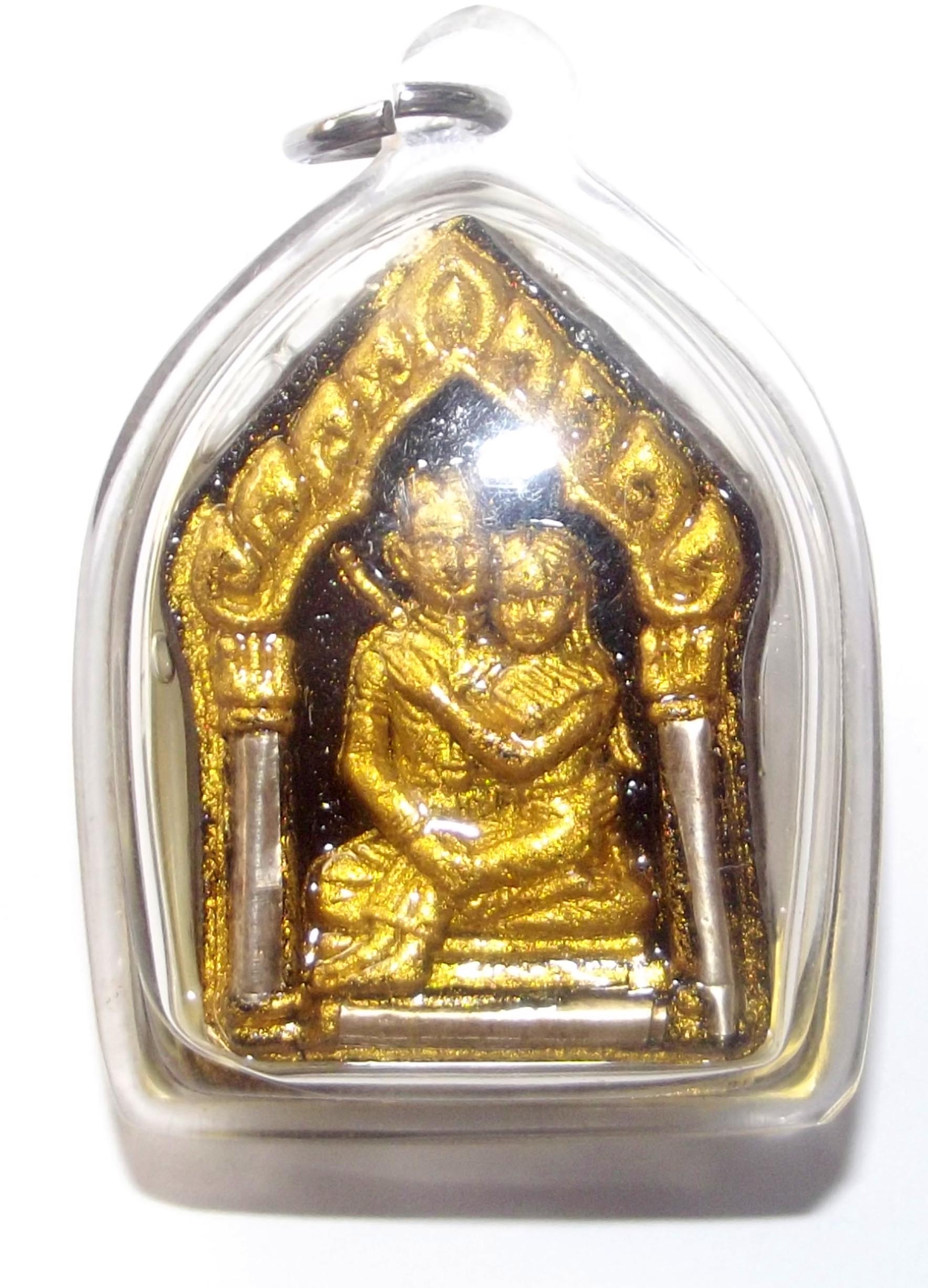 Happily, we can still rejoice that we have the continuation of collaborative amulet making to combine the forces of these Masters, and use the Sacred Powders which they have all collected over the decades, to make a series of first class sacred powder Khun Phaen Prai Kumarn amulets of the finest quality and potency, in this third, and who knows if last edition (we hope not). We are now suffering the loss now of two of the 7 Guru Masters who have now passed on from this Life, which is for us at least, regrettable, if not for the Masters themself, who are surely now elevated to a Higher spiritual plane of existence.

The Khun Phaen are made using the Khmer Wicha Formulas, with a large quantity of Pong Sanaeh Ya Faed, of the rarest and most potent so difficult to obtain, and rare to find in such a concentrated amount. Pong Sanaeh ya Faed is a Sacred Prai Powder of the 'Pong Kroo' category (Master Quality). 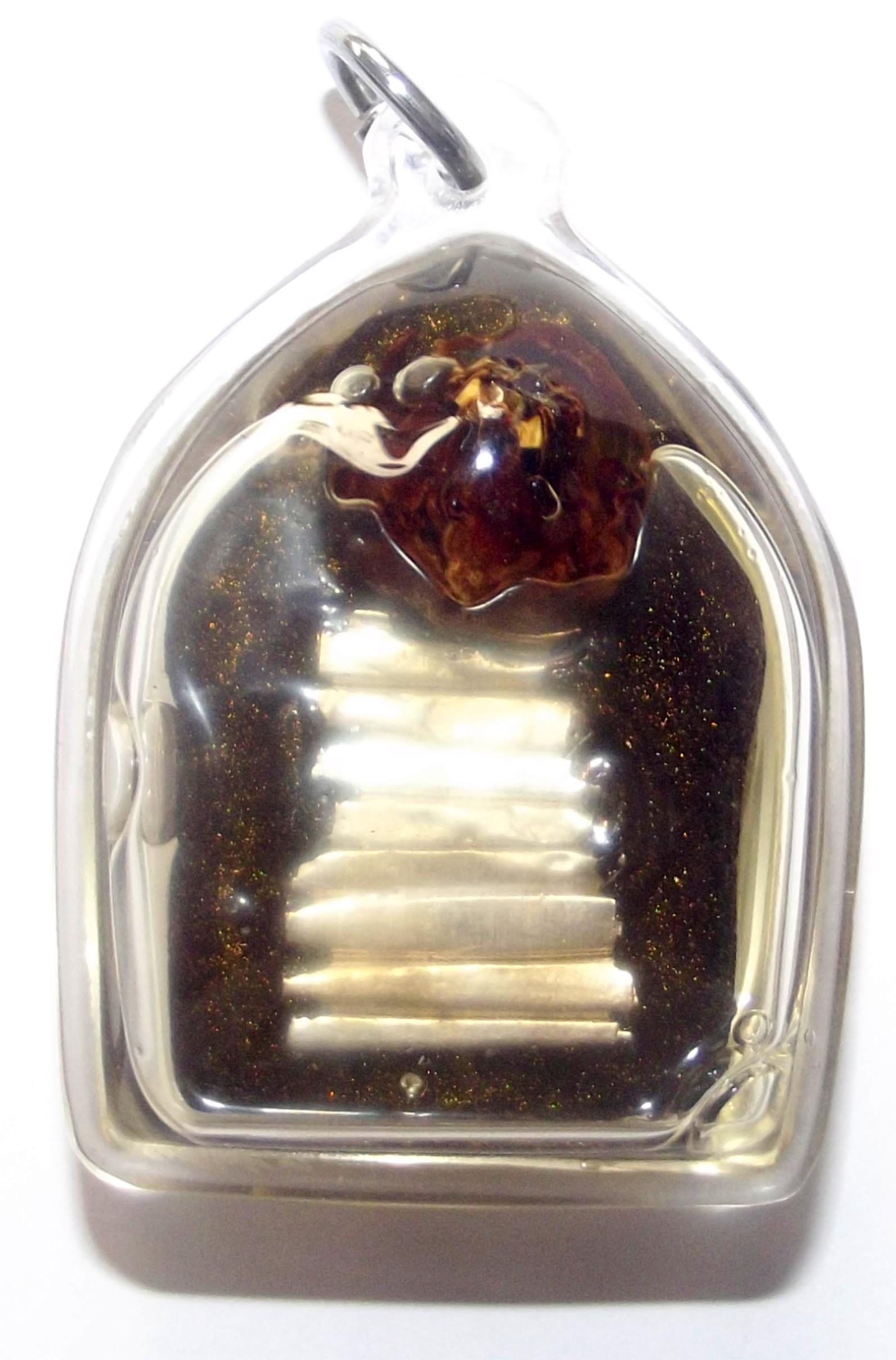 The Muan sarn Powder of Seven Different Masters from seven differing Lineages and Wicha, to make a 7 mix of powders with a 7 mix of Masters - each Master recieved the amulets to empower in solitary according to their particular Wicha and Lineage Rituals. 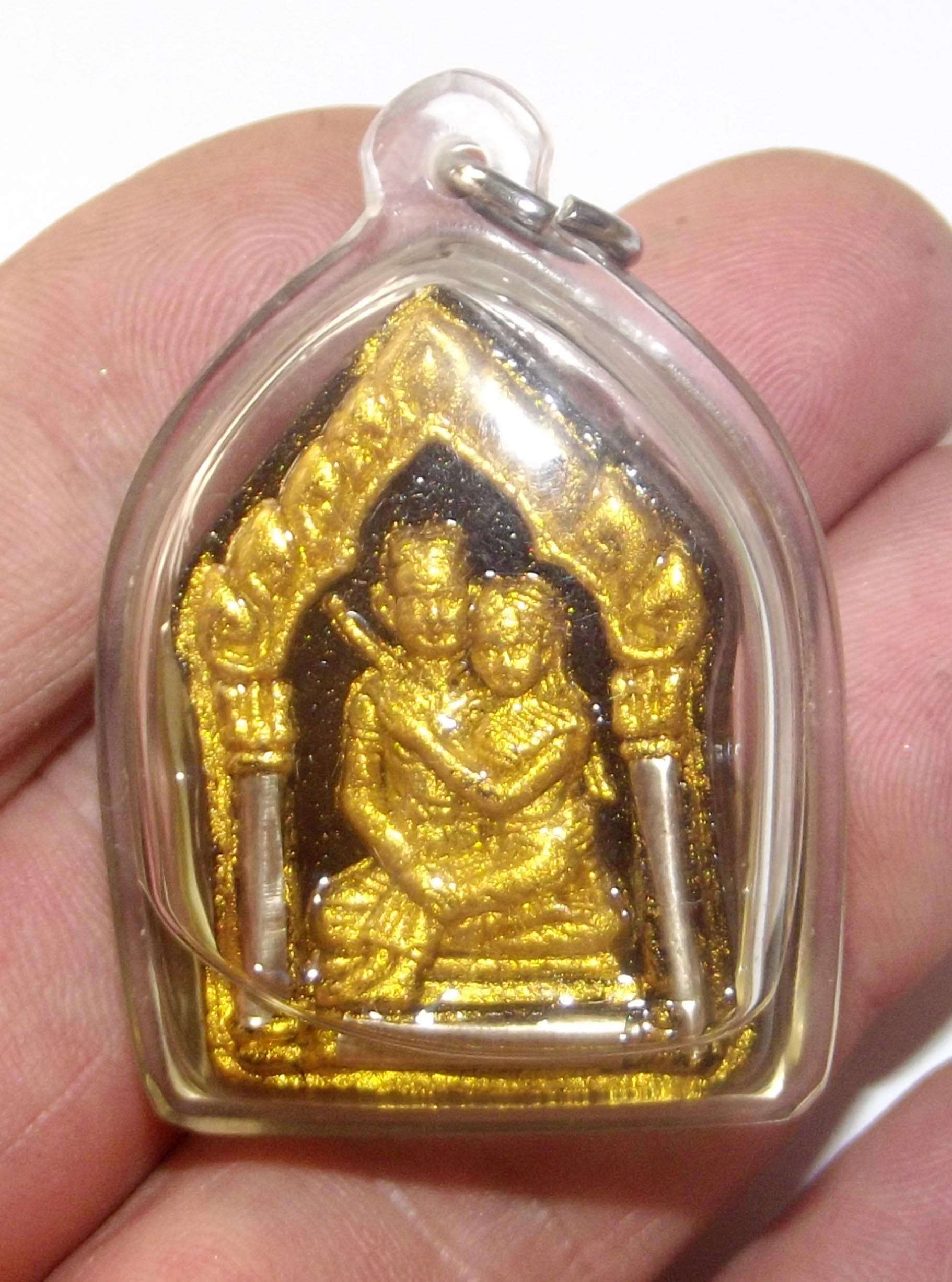 Luang Por Saman of Wat Nasanak donated  'Pong Maha Sanaeh Montr Mae Yua Mueang (Kali in Heat Powders),  which is a nine powder formula empowered using the Wicha Mae Yua Mueang, know for its Power of Sensual Attraction and Wealthy Commerce. These powders required a three month empowerment session. Luang Por says that these powders are of the most potent Maha Sanaeh powders that can be found in his Lineage Wicha.

Luang Por Khern of Wat Klong Buri donated 'Pong Sanaeh Ya Faed' a most potent and wildly far reaching Prai Powder that emits the Hypnotic Effects for which Khmer Necromancy has come to Rule the Thai Maha Sanaeh Sorcery Movement. 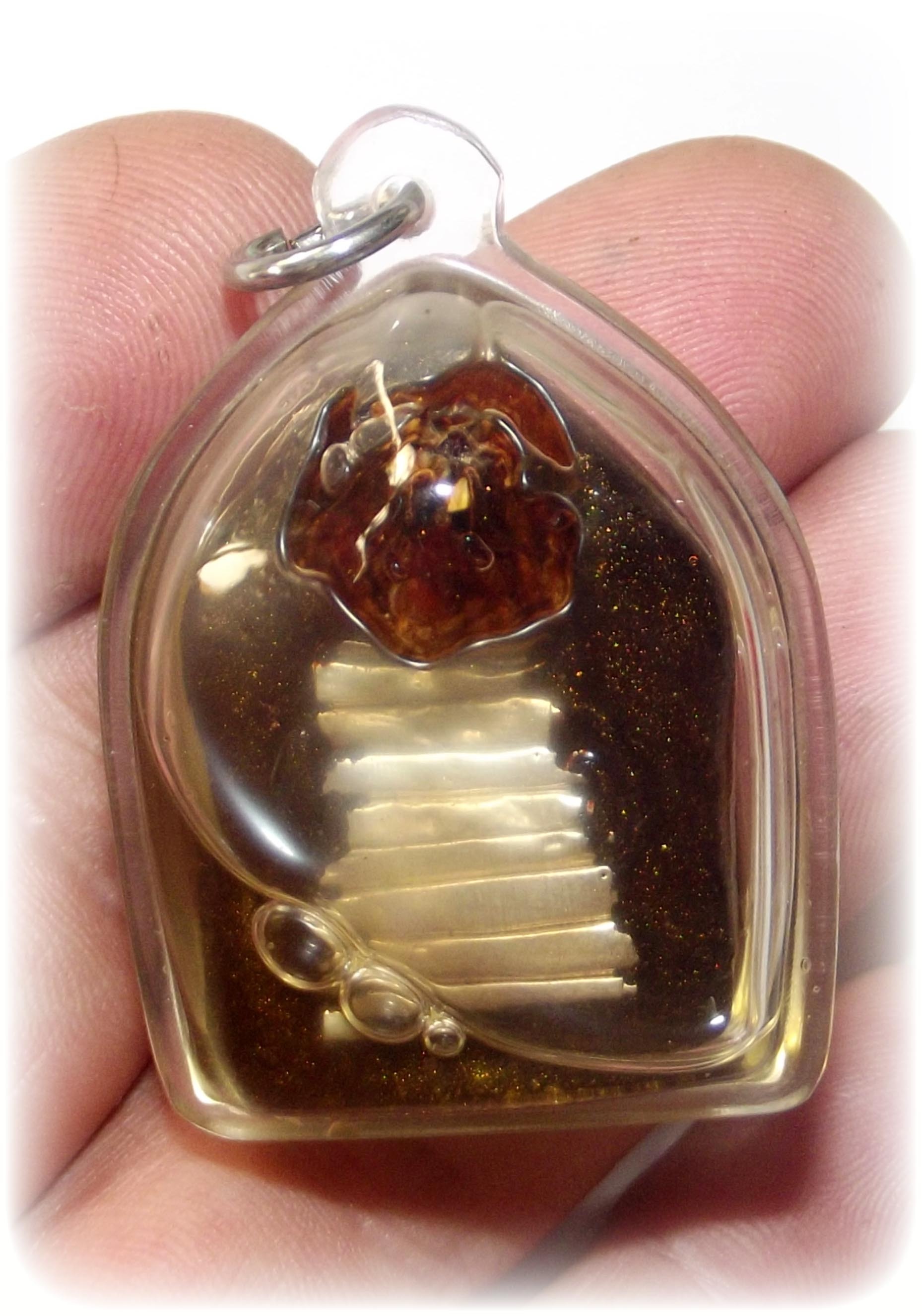 Luang Por Khandti donated 'Pong Jet Naree Pan' (Seven Maidens Entwined around a Phallic spell), 'Pong Praan Hlong' (Lost Hunter), which Ancient People would take the leaf of the herb and chew it, to use as an enchantment spell to go speak with others, and hypnotize them into following their suggestions.

Luang Por Pongnoi of Wat Wang Sai donated 'Pong Bua bang Bai' (Lotus Leaf Lady), and 'Pong Nang Hlong Prai' Which Luang Phu says have passed through long periods of empowerment according to the Khmer Wicha of his Lineage, and guarantees to be powerful. 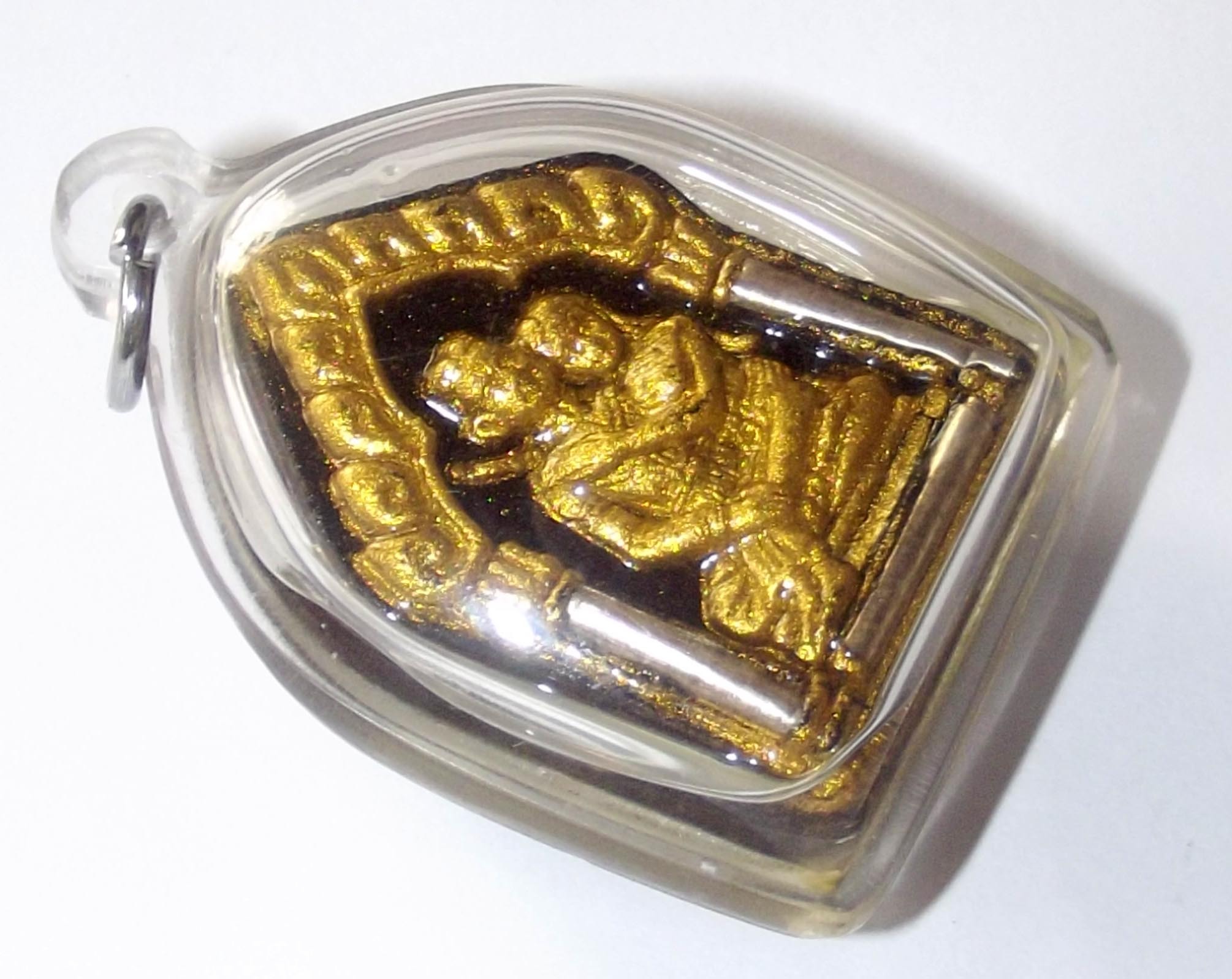 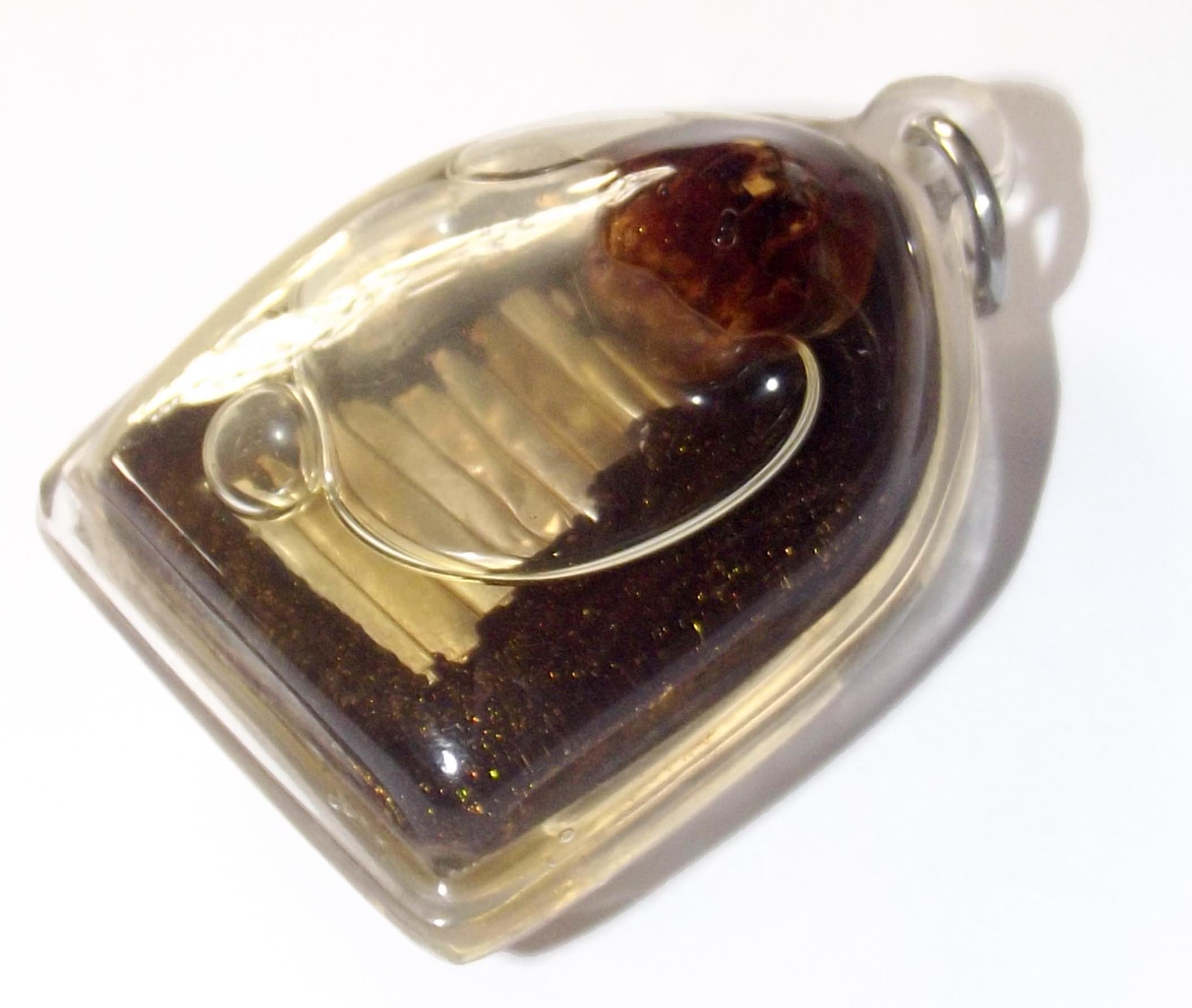 Long winded empowerment from the seven most powerful Ordained Masters of Maha Sanaeh of the Current Era, for an ensured powerful amulet that is sevn times seven ensured to function with noticeable effects. You can not really embed more empowerment within an amulet than this, with the added powers of 12 silver Takrut spells with Maha Sanaeh Enchantments within them, and a rare Rak Sorn flower embedded into the Muan Sarn, and final immersion in sacred Metta and Prai Oils, to charge the amulet constantly with the Prayers it recieves in Bucha.