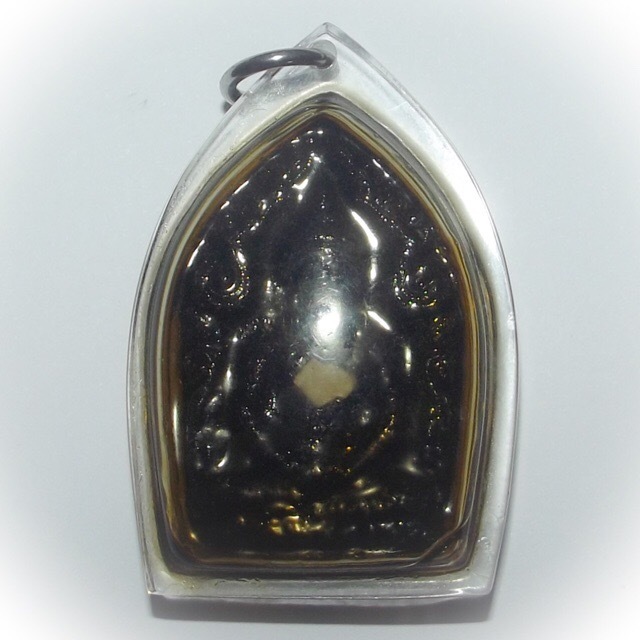 Nang Plii is a Ghost who is a Prai Deva (female) who has Immense Power of Enchantment and Seduction, and Extreme 'Hian' Psychic Powers. The amulet can be used by either sex, be it heterosexuals or gays.

This Pim is Pim A Ongk Kroo Masterpiece Model, and is the top of range, an extra powerful supercharged Ongk Kroo Amulet for the Ultimate Effect. One Pim B Ongk Kroo was also released, with one Takrut, and small Chin Aathan fragments in the rear face, immersed in Nam Man Prai with Maha Sanaeh Oils. This Pim A Ongk Kroo amulet was pressed with pure concentrated Prai Powders, 3 Takrut Sam Kasat, and a piece of Ban Neng (Chin Aathan) bone carving inserted into the front face. 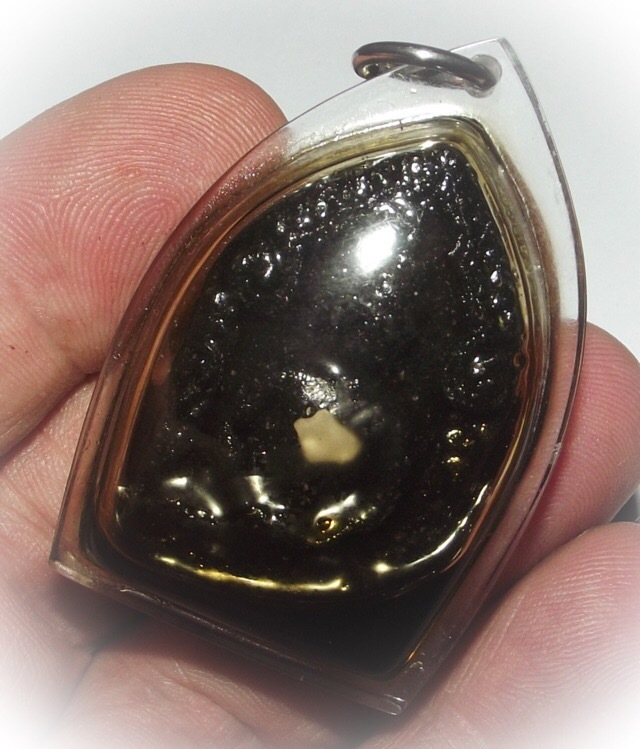 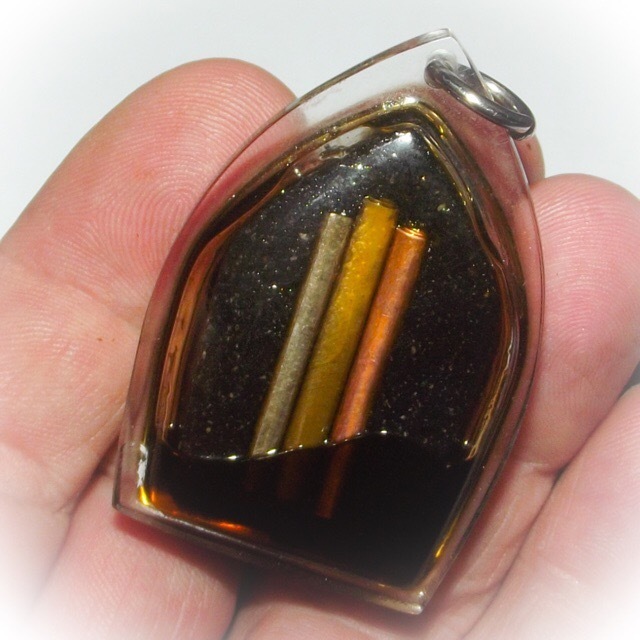 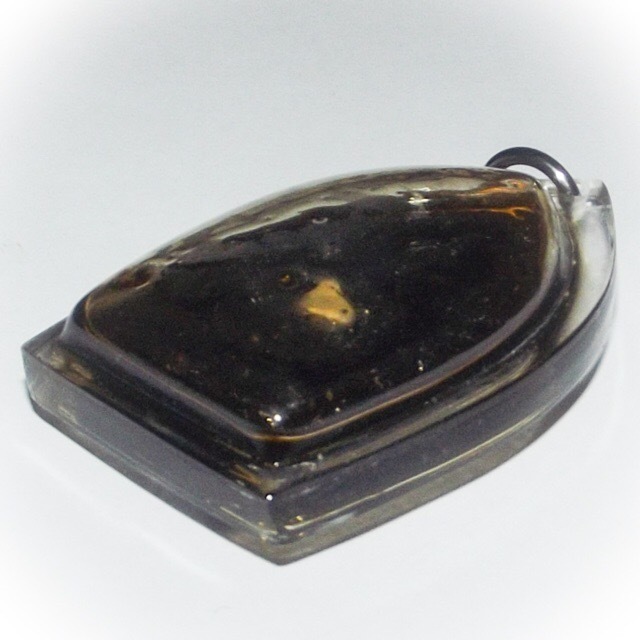 Ajarn performed Incantations and Empowerments inclined to the Maha Sanaeh Magical Effect, during seven days and nights. The main spell is of the 'Ramjuan Jidt Ramjuan Jai maha Piswaas Hlong Hlai' Incantation, which is a proven ancient Khmer Binding spell of indisputable effectiveness. 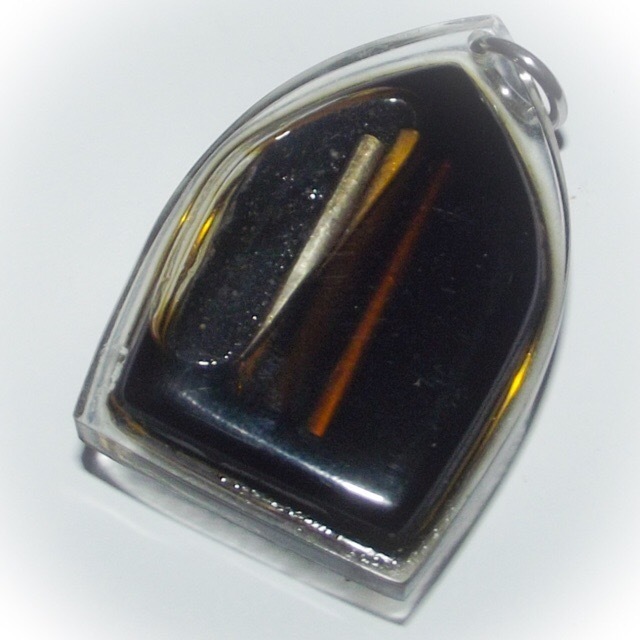 One Gold Takrut Khun Phaen Nang Plii and a Piece of Chin Aathan relic bone carving from the Prai Hoeng Died on Saturday and cremated in Tuesday is inserted within the amulet. Chin Aathan is the most powerful Muan sarn one can add to a Prai Magical; amulet, and is said to be the only form of Magic which will help amulets to work even if the karma of the person wearing it is absolutely terrible. Only Chin Aathan can weaken this power of bad Fate, it is said. 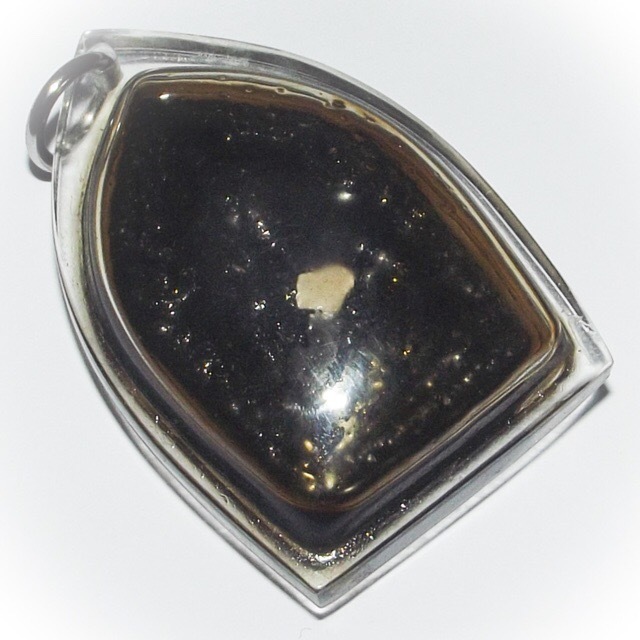 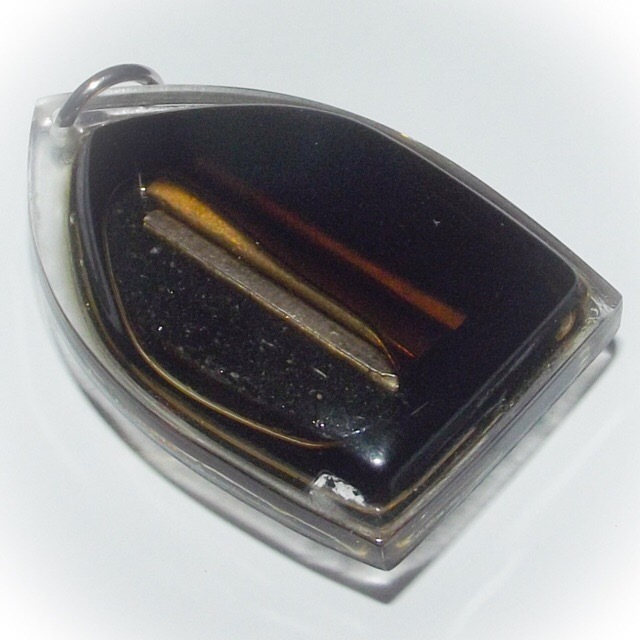 "In Truth, the Buddha Dharma expounds, explains and proves that Karma can never ultimately be escaped, rather only detained or caused to arise in a weaker concentration, but for a longer period, and to delay its arrival with the appearance of lucky events, to balance out the disappointment experienced from unlucky events, which indeed are still happening, but their butter taste is lessened by some additional blessings which would otherwise not occur, due to the merits and power of the Magic of the Chin Aathan bone carving" 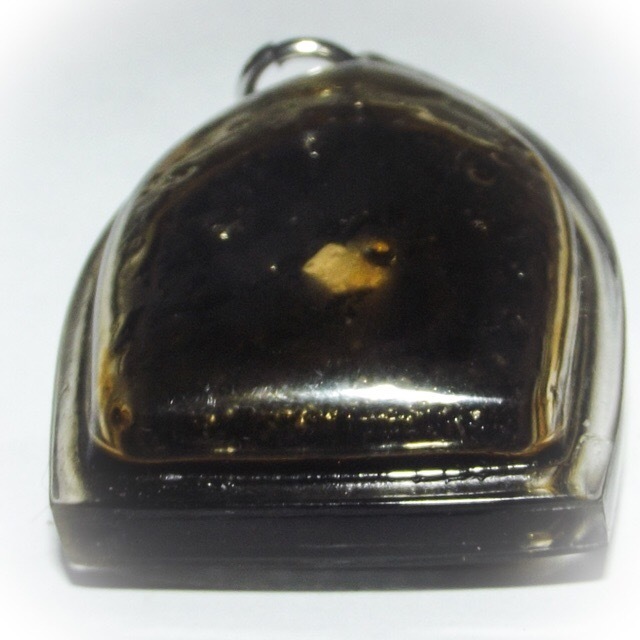 "One should always remember what the Dhamma Teaches, and always know that there are two approaches to solving one's sufferings; Magic, and the Dhamma With magic, we can temporarily solve worldly problems for our life, but if we solve them with Dhamma, those solutions will be not temporary, but everlasting. Please Try to practice the Dhamma as much as possible, and to consider the Trutsh which Lord Buddha Taught, to lighten the burden within our hearts with the light of Truth". 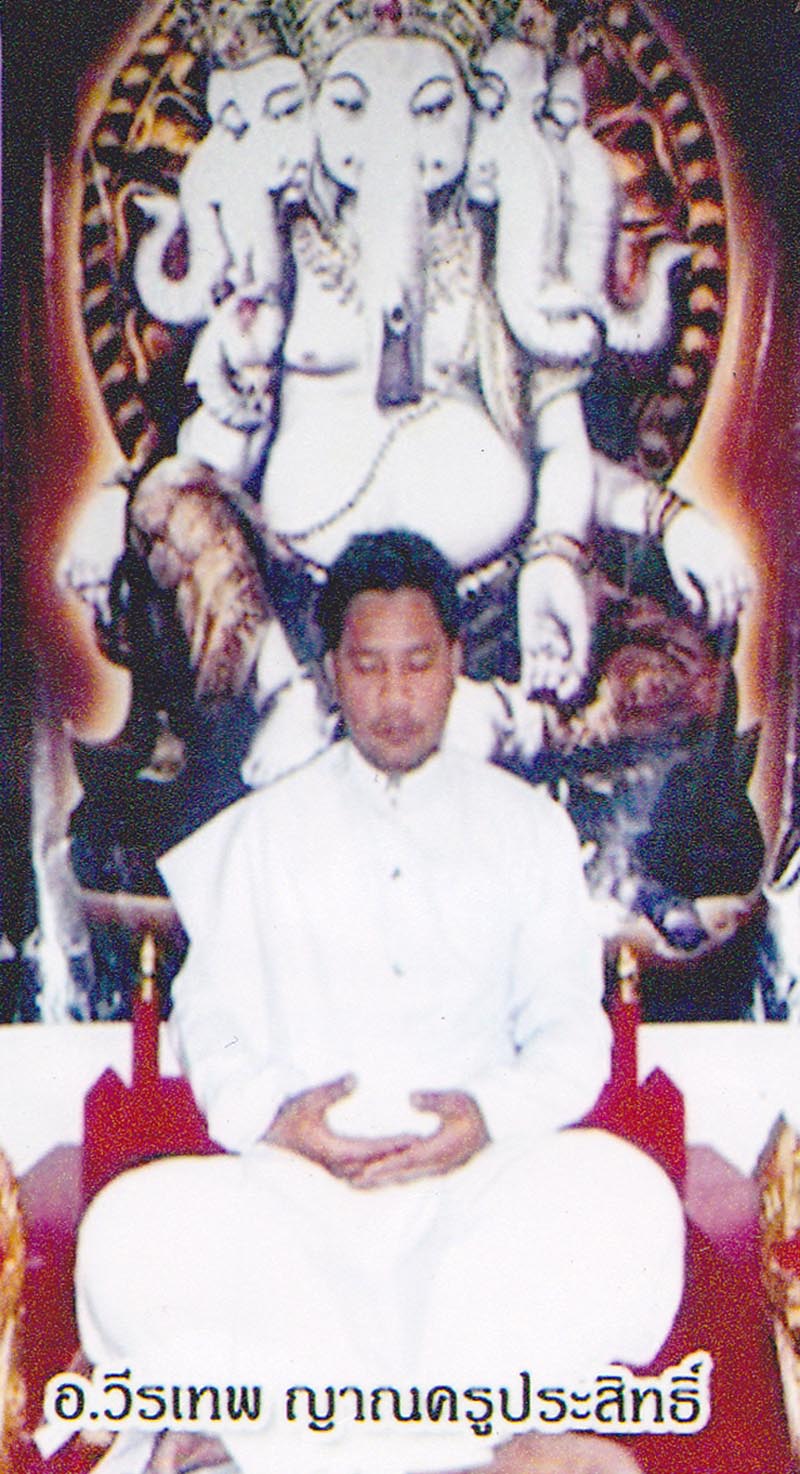 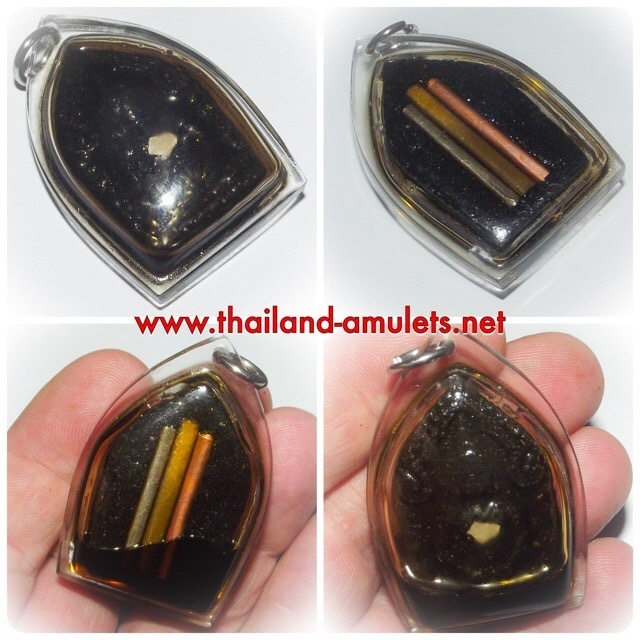