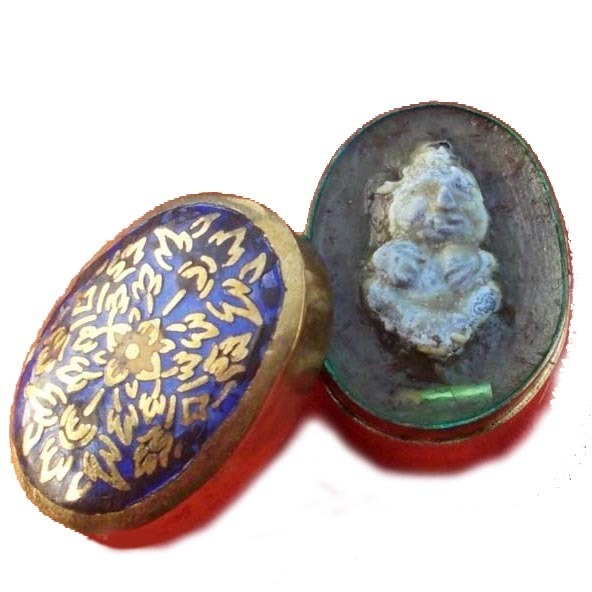 The Kuman was created from sacred Dtagua Uan (a sacred type of lead). The 'Dtalap' (potion/balm container), is made from Nuea Phaen Dtagua Long Thom (painted enamelled sacred lead). The Invocation Summoning, Awakening and Turning of the Four Elements was performed to Reanimate Living Magic within the Static Form of the Kuman immersed within the Necromantic Potion, according to the Ancient Grimoires and Magical Formulas of the Wicha Kumarn Tong. 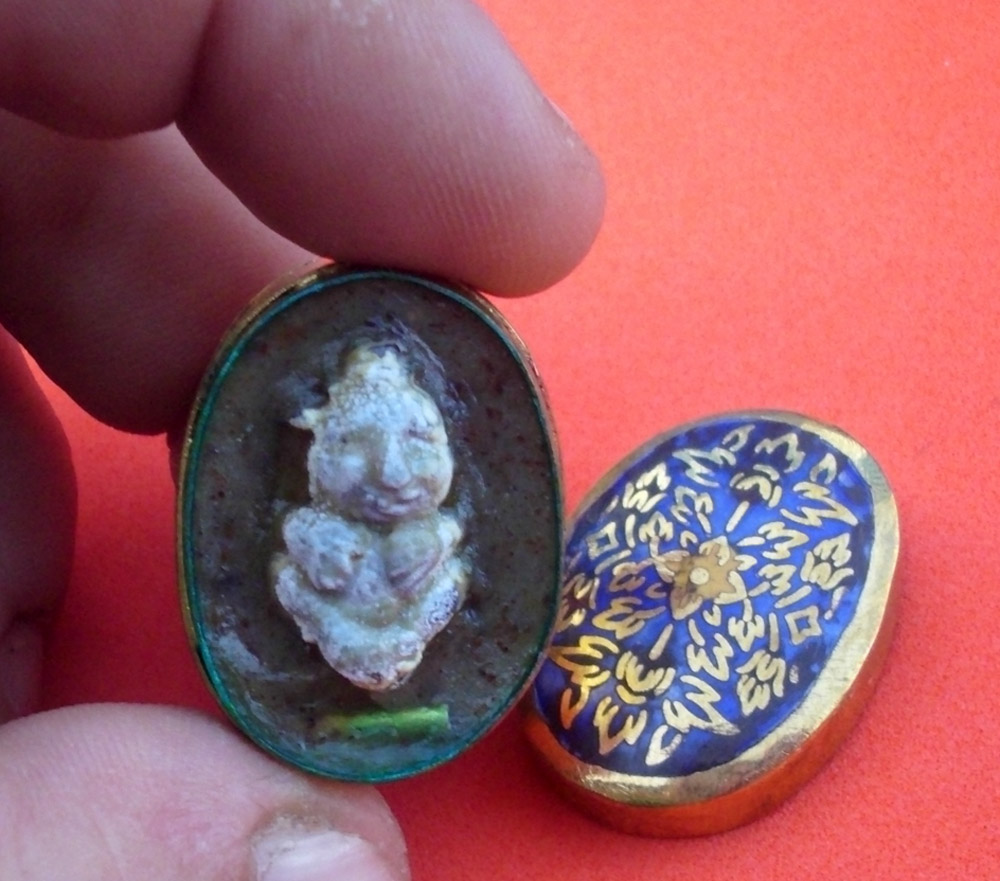 Then the empowerm,ents of Pluk Taat See and Pluk sek Aagarn 32 (invoke the 4 elements, and instill the 32 components of a living being). 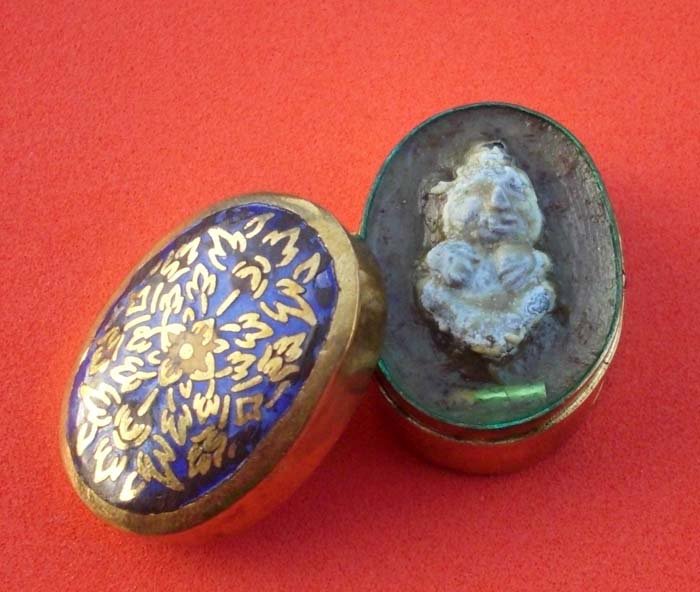 Then the Kuman was soaked in 'Nam Man Maha Gamnerd' (a magical oil to bring about the birth of the Kuman within the effigy).

A sariga Takrut charm was made and empowered and also soaked in the magical oils along with the Kuman Tong.

As for the See Pheung (balm oil in the Dtalap), it was made using wax from the Tian Chai victory candle, and mixed with ten kinds of powerful magical enchantment herbs. Incantations were made for the Kuman, Balm, and Sariga Takrut charm, which were then all combined together and placed into the enchanted Dtalap (container).

A most beautiful amulet with immense power to charm those who pass by. The amulet is a Masterpiece of Fusion Magic, with a preparation method faithful to ancient Tradition. All five elements of this amulet have been individually created and empowered and then unified. Kuman, Takrut, enchanted Dtalap, See Pheung, and the Nam Man Maha Gamnerd. 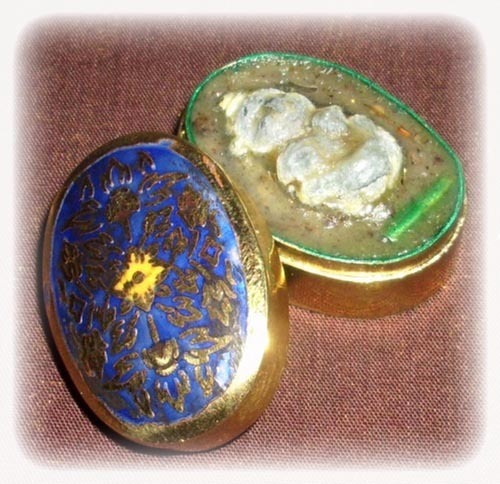 See more Kata for Chanting to the Kumarn Tong Deity >>