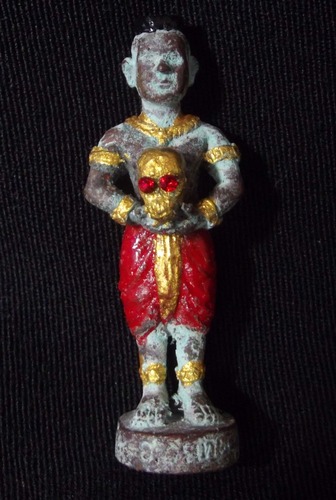 Ajarn Wirataep Yan Kroo prasit has made these Sacred Kumarn Tong Loi Ongk statuettes from Sacred Alchemical metals and filled with Bone Powders - Additionally Empowered with Hun Payont Sorcery combined to make a powerful Kumarn Taep (Deva Kumarn) that is in no way inferior to a Hun Payont when performing duties out in the Field. The Protective Powers of a Kumarn Taep afford Powerful Protection against Black Magic and Evil Curses against your Household, and against Thieves and Dangerous Mishaps. Can be used as a Mini Bucha Statuette on an altar or elevated tray (Pan Kroo), or can be encased, and worn. Even if encased, it is advisable to place the amulet on a Pan Kroo in its place of worship and offerings. 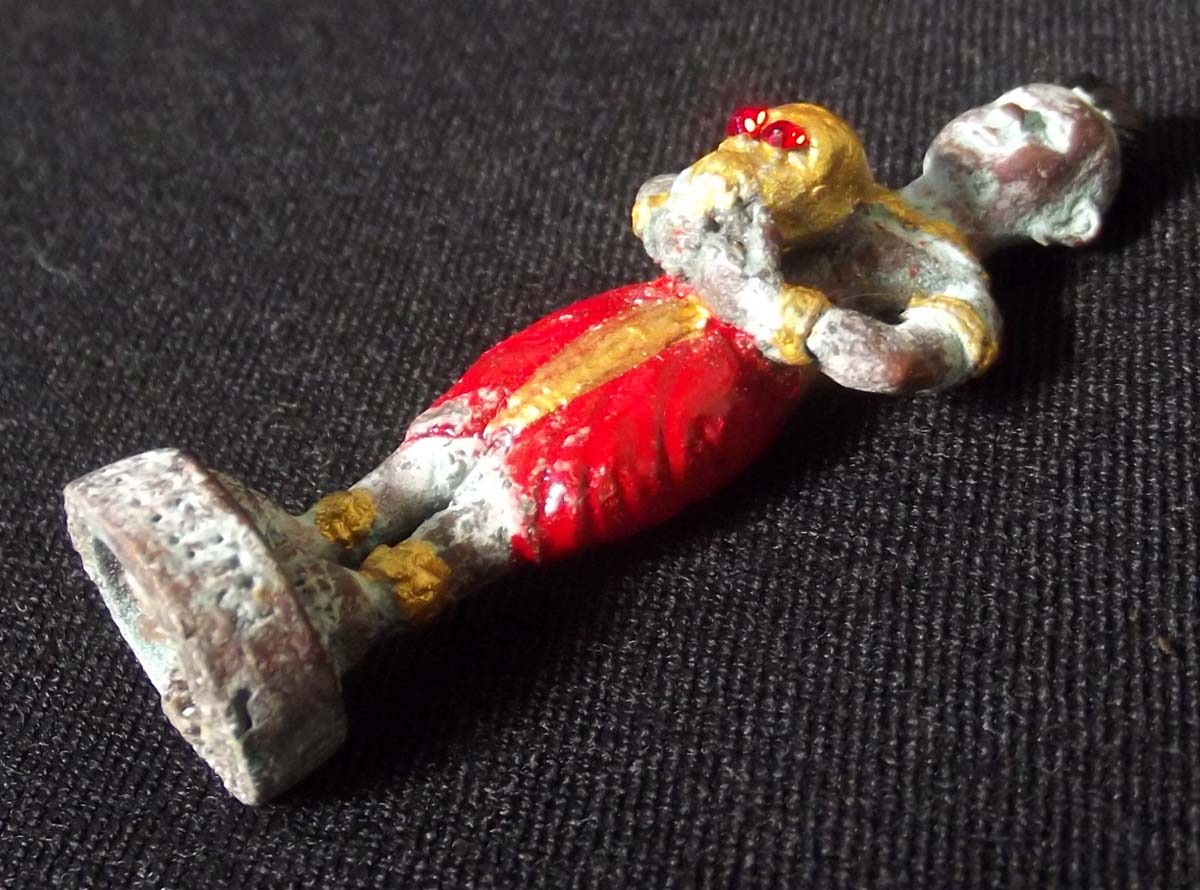 The Kumarn is standing with traditional 'Jong graben' pants and holding the skull of the Maha Phuudt (Spirit of the Prai Ghost). The base of the statuette is filled with sacred prai Powders and small piece of Chin Aathan from the Prai Maha Phuudt Ghost is inserted, as an anchor for the mind of the Kumarn to enter and inhabit the statuette. 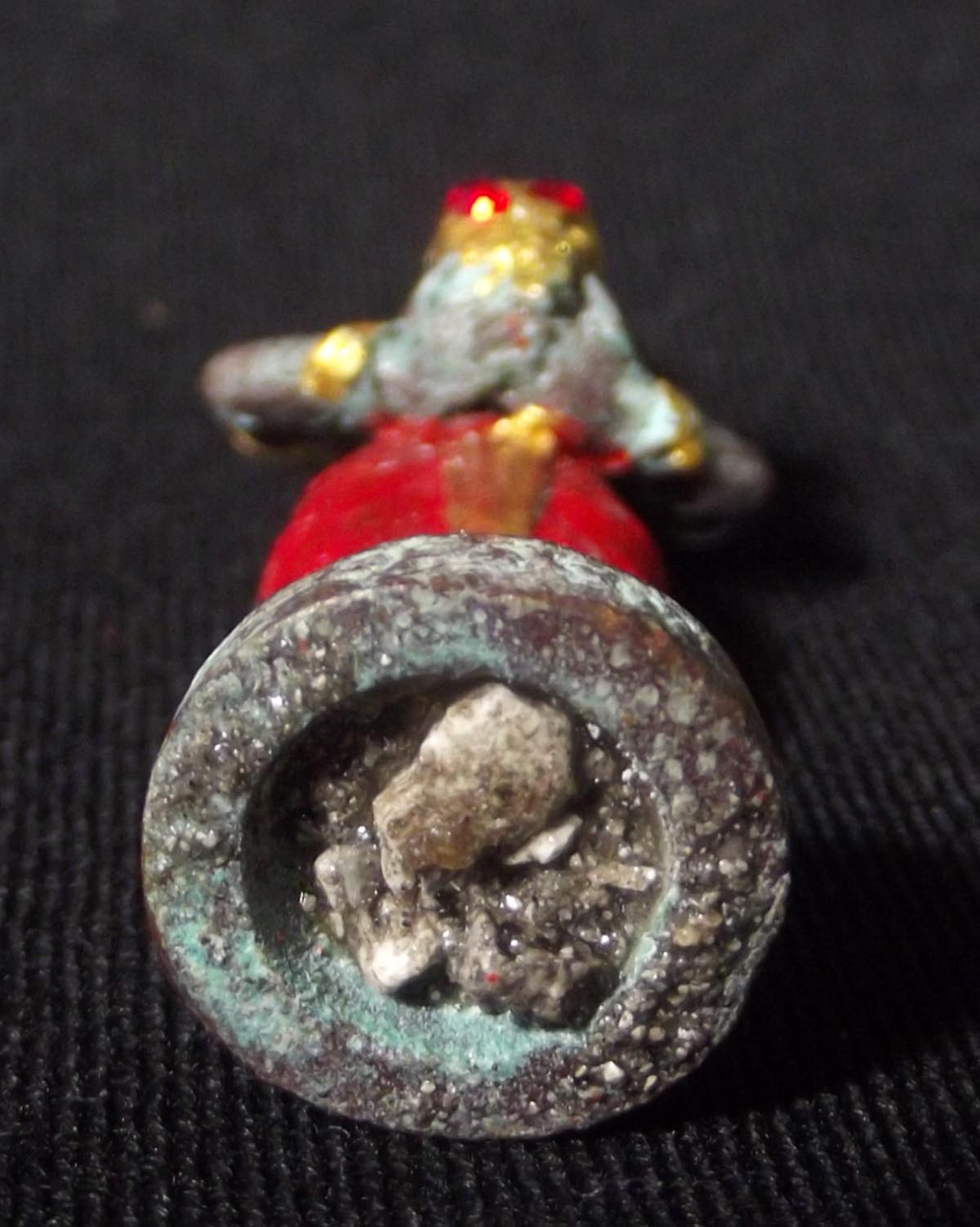 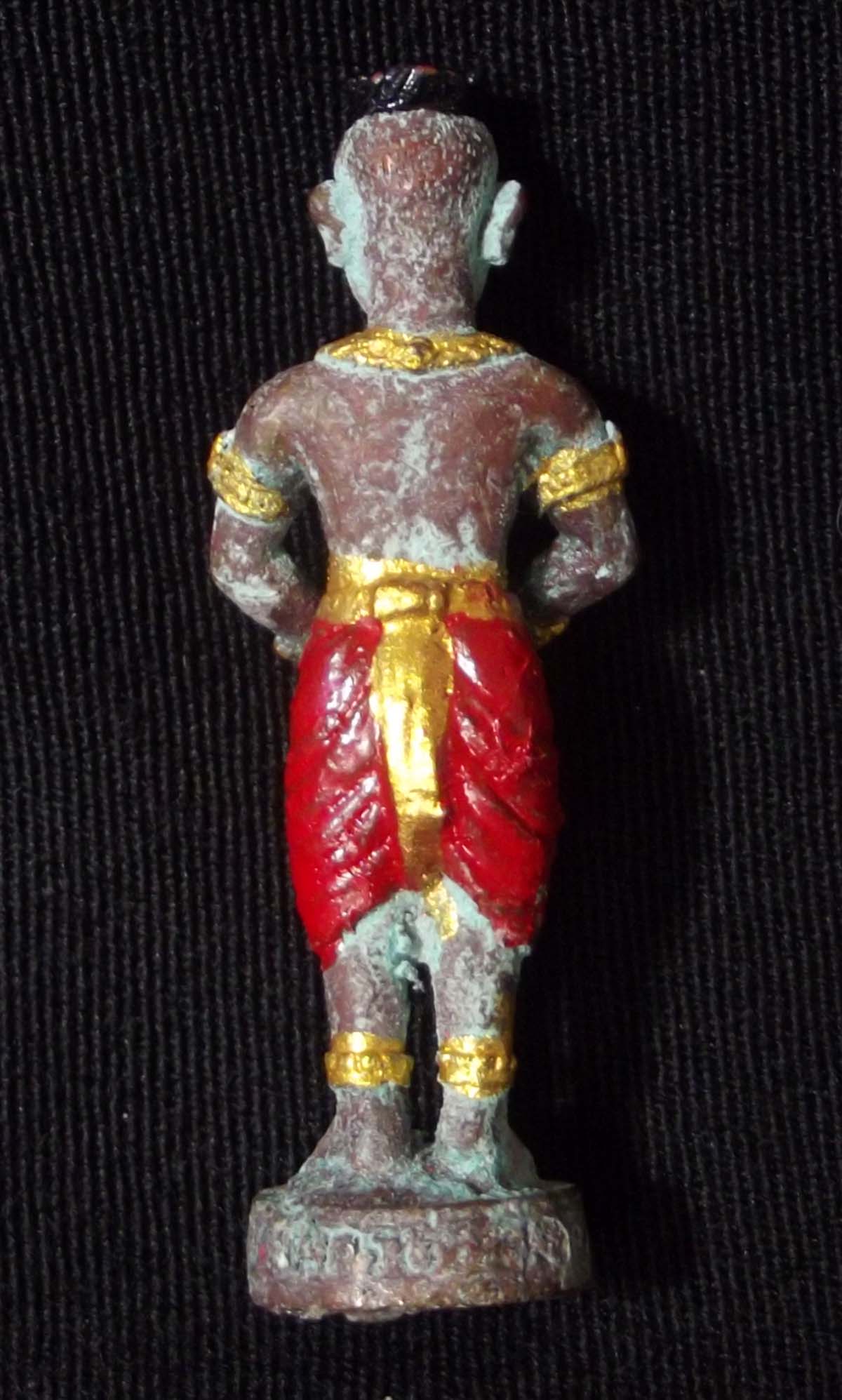 The Empowerment and Incantations were of Anti Black Magic leanings, to empower the Kumarn to Protect the Household and its Members against all kinds of Sorcery and Black Magic, Evil Spirits and Negative Energies. The Empowerment Ceremony was made in a place where Sorcery was Strong,. The Kumarn were made in standard and Onk Kroo masterpiece versions, the Ongk Kroo being immersed in Prai Oil and encased in waterproof casing. 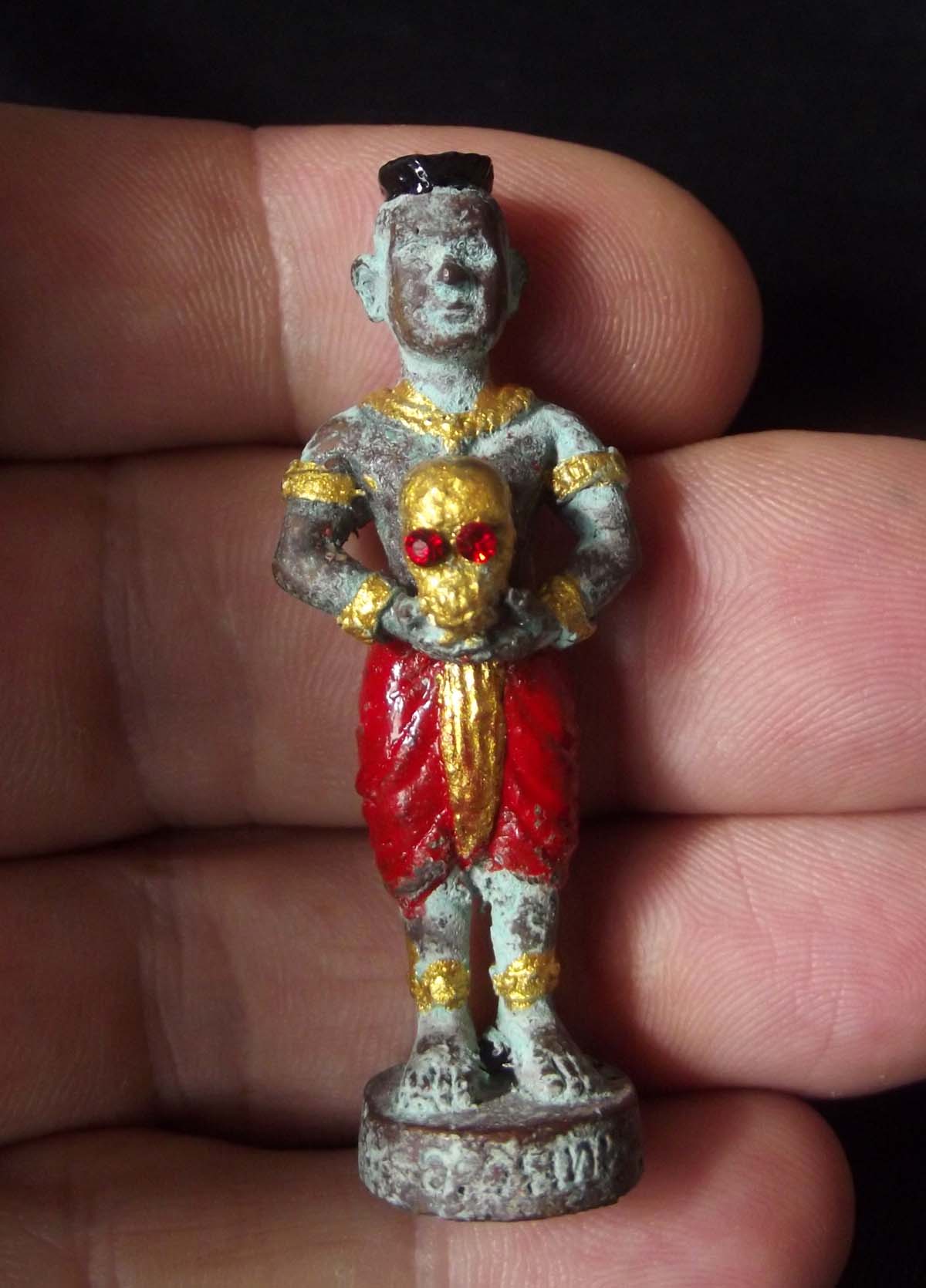 Light 5 sticks of Incense, and focus your mind into a concentrative state

Then Chant the Kata Provided with this amulet * - the daily chanting will increase the Potency and Potential Power of the Kumarn on an ever increasing scale. Remember that meditative focus is what assists in empowering your Kata Chanting, and that people who do not have any meditative ability will notice less effects of the power increase, than those who already have a certain level of concentrative focus.

*The 3 Special Kata for Bucha  are available as 3 MP3 soundfile Tutorials for pronunciation, and as a text file for phonetic reading after you have purchased the amulet. Simply log in to your account with us and go to the files tab to download MP3 sound Tutorials and text Phonetics for this Kata.