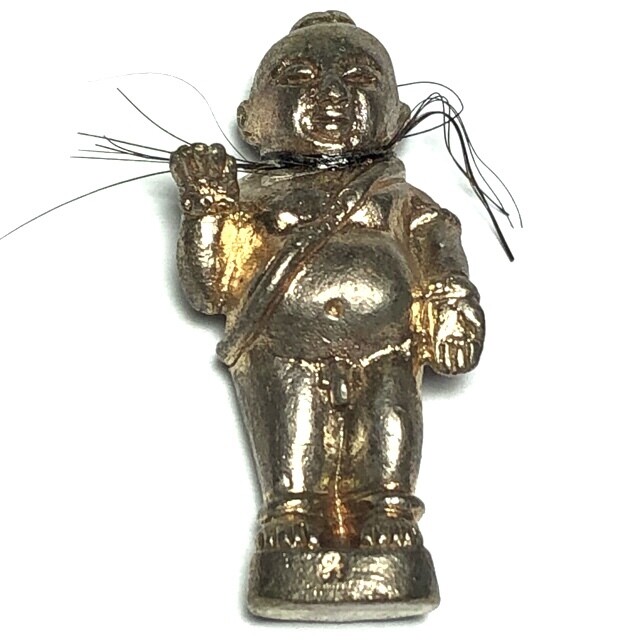 Wai Kroo 54 Edition Kumarn Taep from Ajarn Prasut. Made from Nuea Nava Loha Tem Soot (nine kinds of sacred metal - considered one of the best mixtures for charging magical power - being 'tem soot', it has a large quantity of silver in it).

Only 199 of the normal Nava Loha edition amulets were made. But this one is a special Gammagarn edition from the Gammagarn set, which only had 180 sets made. This example has the special code 'Na' on the base of the amulet on the front to show that it is one of the Gammagarn edition. It has extra ingredients of great magical power inside the statuette, which are superior to the ingredients of the normal variety. 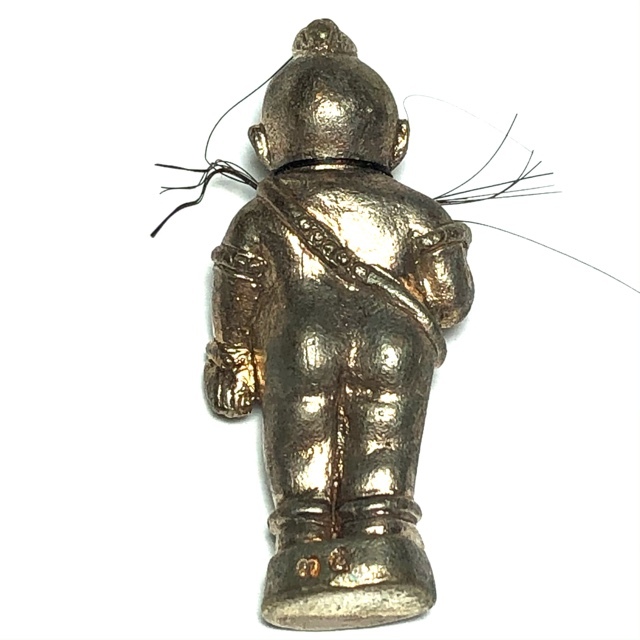 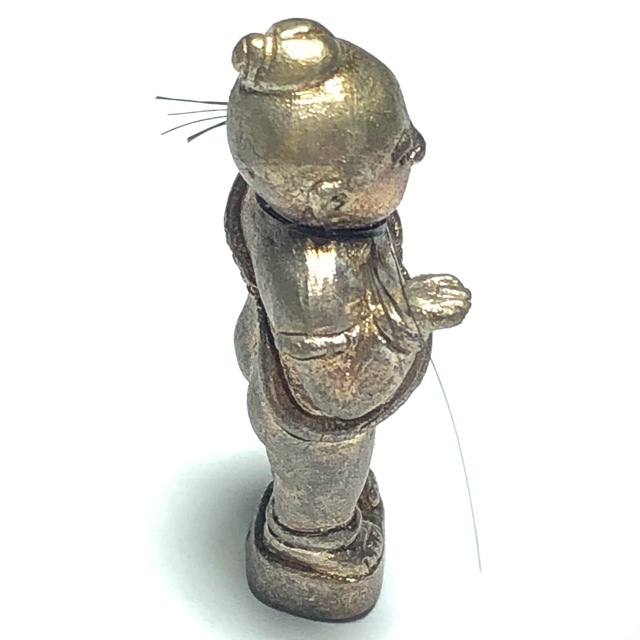 How to Chant Kata and Bucha Gumarn Tong >>> 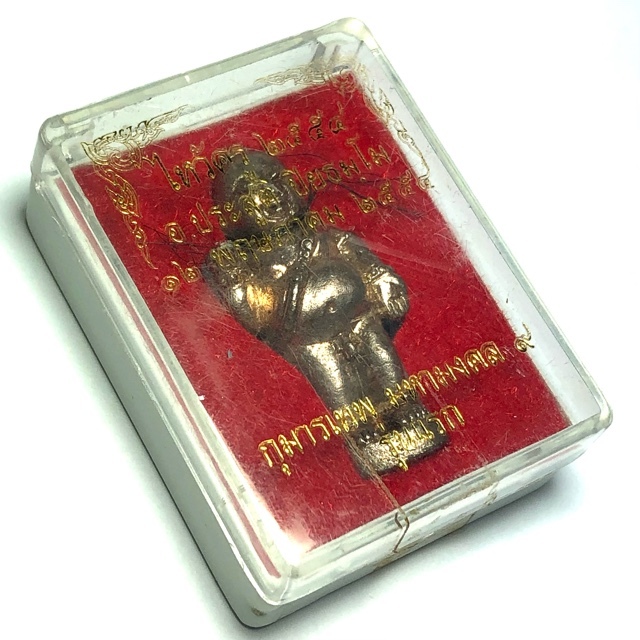