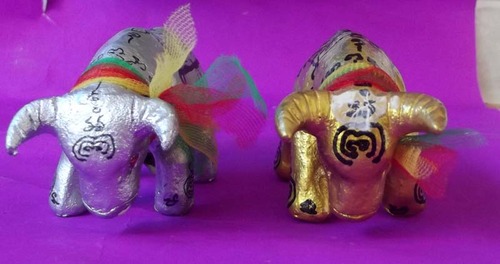 These Sacred Kway Tanu (Wua Tanu) are molded from Muan Sarn Aathan (Sorcerous Earths, Herbal Powders and Substances), including earths from 7 Cemeteries, 7 Crypts, 7 Farm Fields, 7 Gardens, 7 successful Markets of 7 Cities, Pong Thao Aathan Dtaay Wan Sao Phao Wan Angkarn (Funeral Ashes from a person who died on a Saturday and was Cremated on a Tuesday), and 'Pong Graduk Kway Dtaay Fa Pa' (powdered bones of a Bull struck by Lightning). The Wua Tanu come as a set of two Bucha Statues in gold and silver, with Sacred Khom Spell inscriptions and enchanted ribbons around their necks. A powerful protector against Black Magic and House Invadors, as well as a strong attractor of wealth and treasures, the Kway Tanu Pair watch over the Household and its Family Members, and Guard the House in both the material and spirit world. 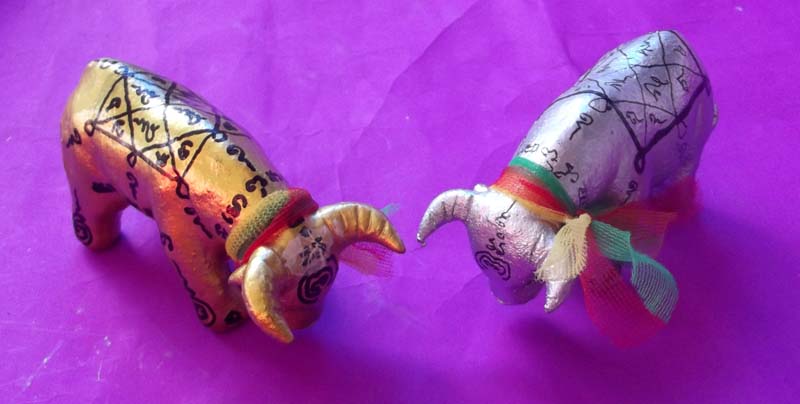 The Kway Tanu effigies have a piece of Chin Aathan Kway Dtaay Fa Pa (mortal remains of a Bull killed by Lightning) attached to the belly. The Wua tanu have been invoked using the Ancient Wicha and the incantations for the turniing of the four elements (Kata Hnun Taat See) and the 32 components of a living body (Kata Akarn 32) were performed with great intensity until the effigies were instilled with the living mind of Kway Tanu. 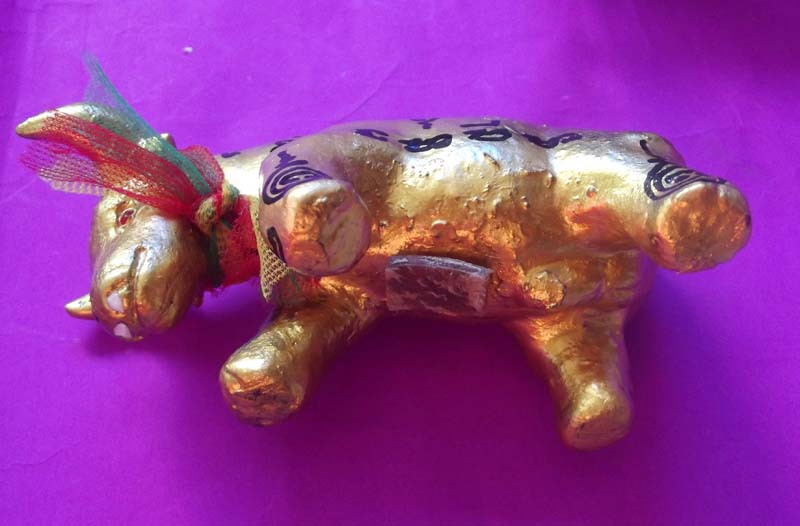 Instilled with powerful Anti Black Magic and Protective spells to prevent thieves, demons, sorcery and curses from entering the household or vicinity around them. In addition, the Kwai Tanu Ngern Tong are empowered to call money and treasures into the Householders. 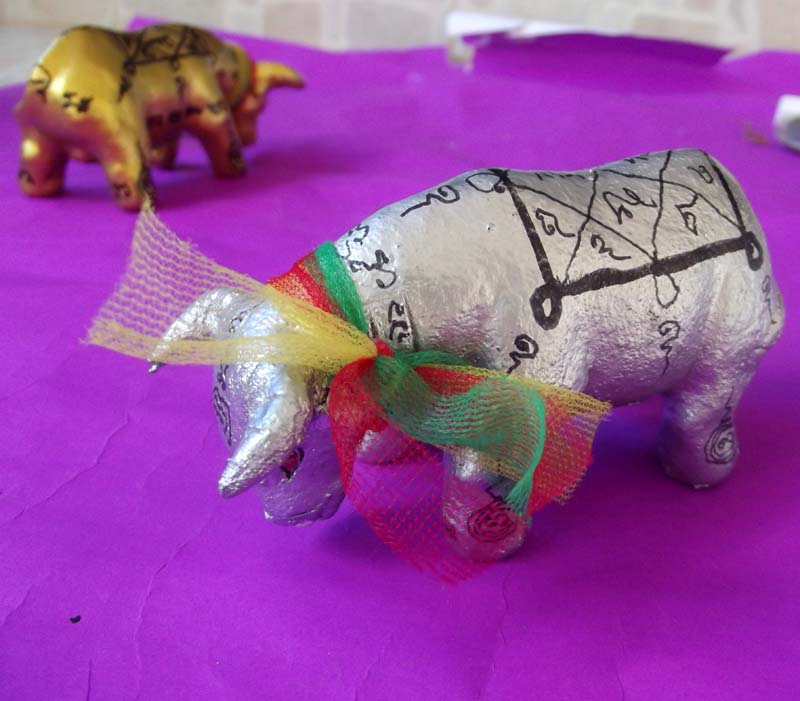 Place the Wua Tanu on a Pan (Prayer Tray) or small Altar. Offer Water to dring (do not let it ever go dry). On Holy Days and Buddhist Festivals offer dry grass or hay. 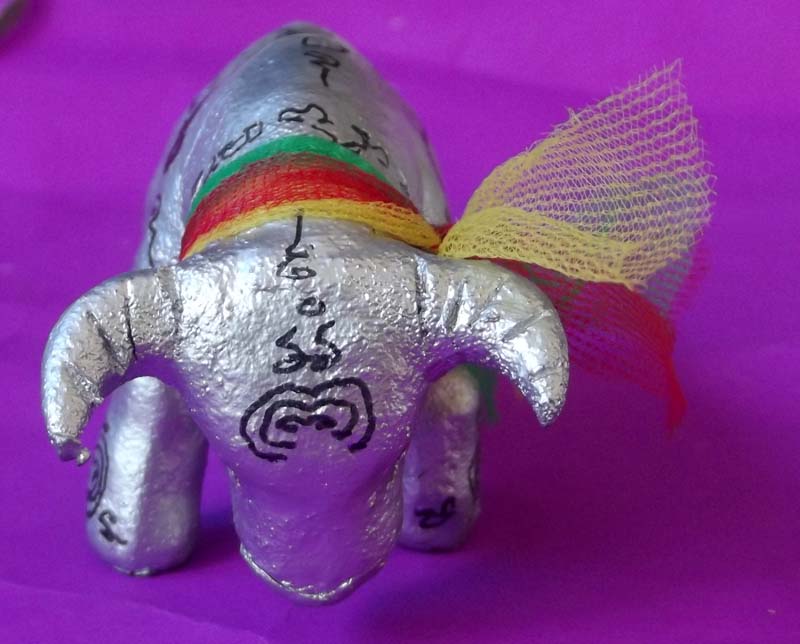 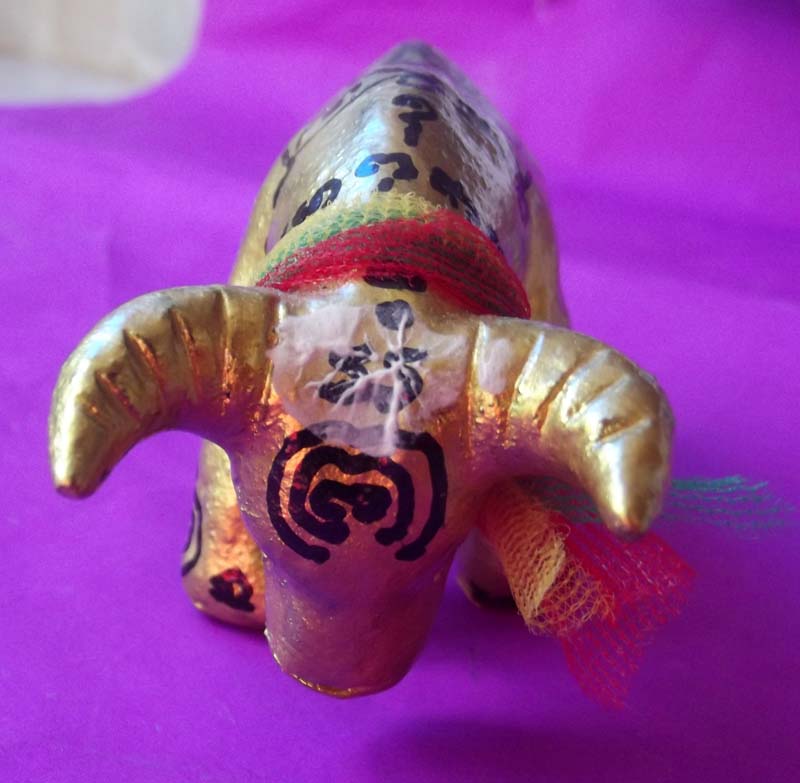