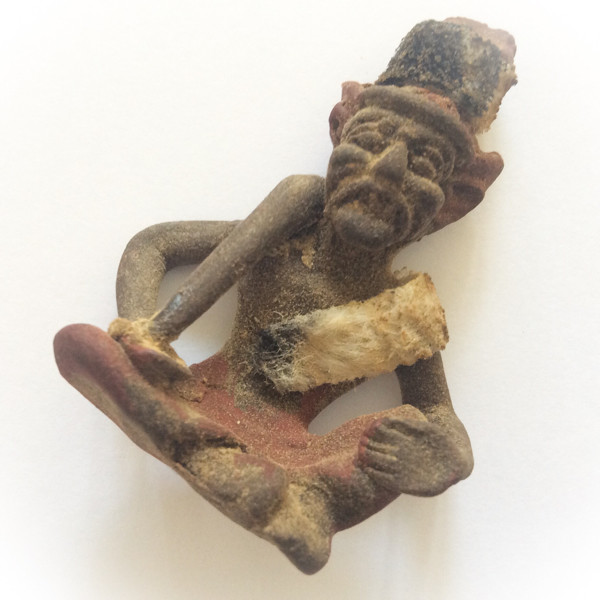 SKU 02904
$ 52.99
In stock
1
Product Details
The Ruesi Dtat Dton Edition by Ajarn Plien of Wat Don Sila, (of the Temple of Pra Ajarn Nam Khao who was the master of Luang Phu Tuad Wicha lineage) are released in a series of 12 or more postures ‘Asana’, each purposefully exuding an ambience particular to that ancient Yogic posture or ascetic action and exercise. “Ruesi” in Thai, from the Sanskrit Rishi, is an ascetic yogi or hermit. “Dat” means to stretch, adjust or train. “Dton” is a classifier used for a Ruesi and also means oneself. So “Ruesi Dat Dton” means the hermits or yogis self-stretching or self-adjusting exercises.
Many Hindu Deity are displayed with ritual weapons, whether they be swords, daggers, clubs etc. that are used in a manner of representing the destruction or defending of certain things. The Lersi are known for their superior knowledge of 'Wicha' sciences and gnostic gifts and as such must defend as well these holy gifts. This Lersi statuette is formed in an authoratative posture with one leg up and in his hand he holds a Krabong Pittigaam, or Ritual Club. Por Gae defends these 'Wicha' etheral knowledges from both the ignorant who wish to destroy them, as wellas the ignorant not ready to learn them. This Lersi commands respect and gives knowledge to those ready to accept the power that comes with the Lersi path. 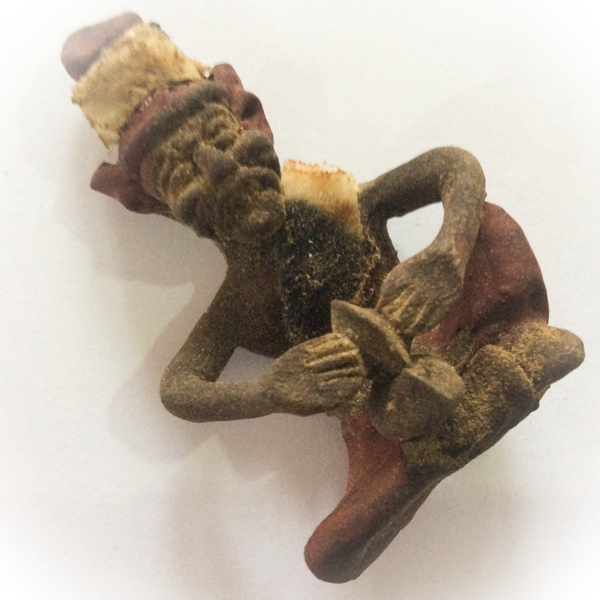 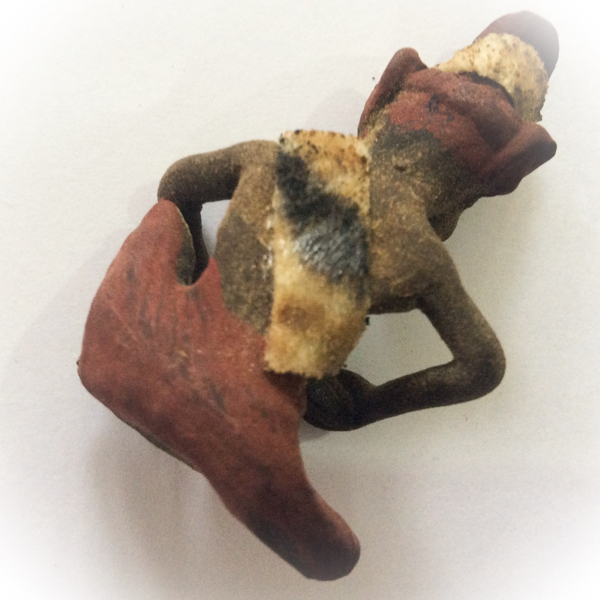 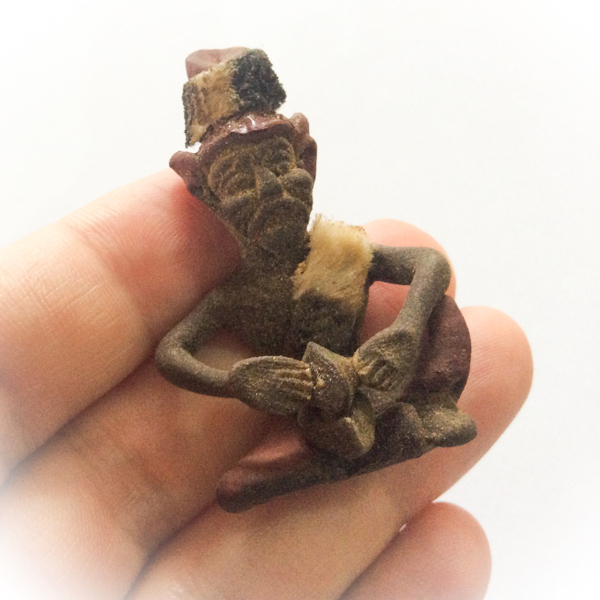 The ‘Ruesi Hin Bod Pong’ is one of the postures of the Ruesi Dat Dton released by Ajarn Plien showing the Ruesis ascetic practice of grinding sacred medicinal herbs and and other ingredients into an Ayurvedic powdered concoction using a grinding stone and stone base. The bucha image  is made up of smelted ‘Lek Lai’, ‘Nuea Wan 108’ sacred herbal powders and ‘Piw Suea’ tiger skins to form various parts of the Ruesi's body.

Sacred hand inscribed yant are written on the back of the Ruesi as well as on the bottom base to invoke various aspects and blessings of the Ruesi, all magical materials within as well as the yant being innate blessings in and of themselves. The Ruesi pervades many of the occupations, arts and traditions of Thai culture, and is venerated by those whose occupations resemble the specific postures or practices of the Lersi.