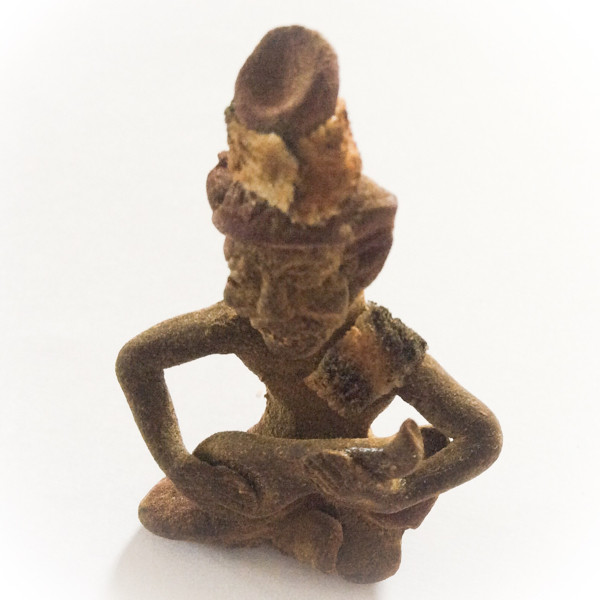 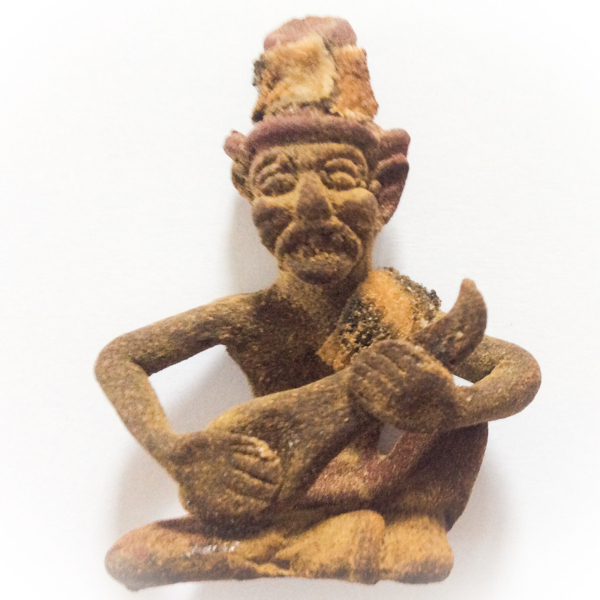 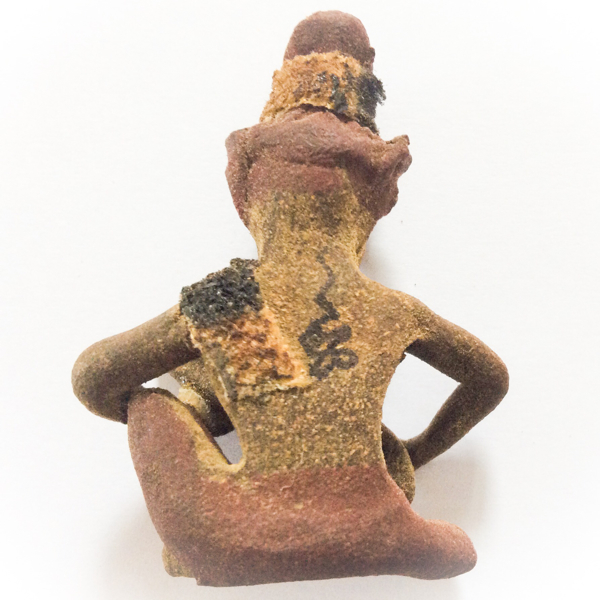 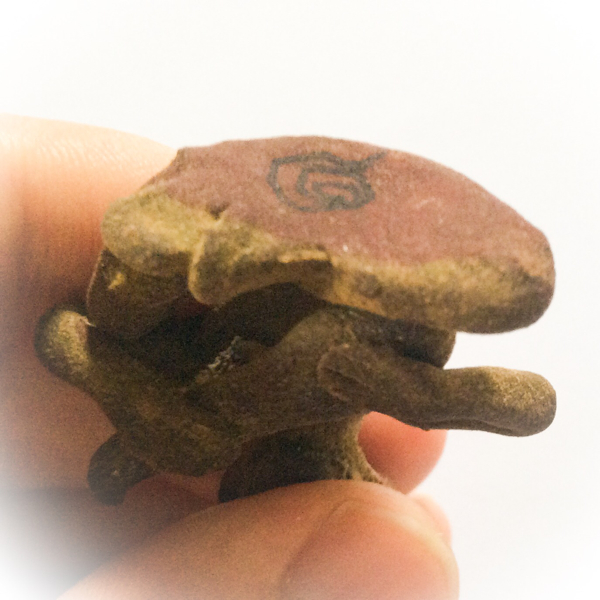 The ‘Ruesi Len Mahathi’, is one of the postures of the Ruesi Dat Dton released by Ajarn Plien showing the Ruesis ascetic practice of striving and playing the celestial hymes through the vehicle of music. Because the Lute is a particularly difficult instrument to tune and keep in tune (do to the absence of gear mechanisms) it is often said that "if one has been playing the Lute for 80 years, one has certainly spent 60 years tuing it". The Lersi's are an example of an ascetic perseverance and as such, devote themselves to finding the perfect note for both themselves and the heavenly abodes. The metaphor of the finely tuned medium of harmony in meditation and the simile of the Lute strings plays out in this Lersi Bucha. Those whose occupation may be in music would find this Bucha image a very helpful charm o steady the hands and the mind during performance. The mini Lersi Bucha image  is made up of smelted ‘Lek Lai’, ‘Nuea Wan 108’ sacred herbal powders and ‘Piw Suea’ tiger skins to form various parts of the Ruesi's body. 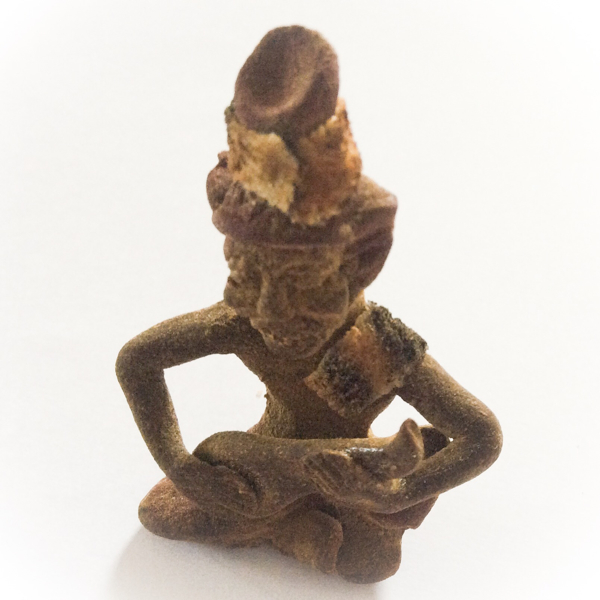 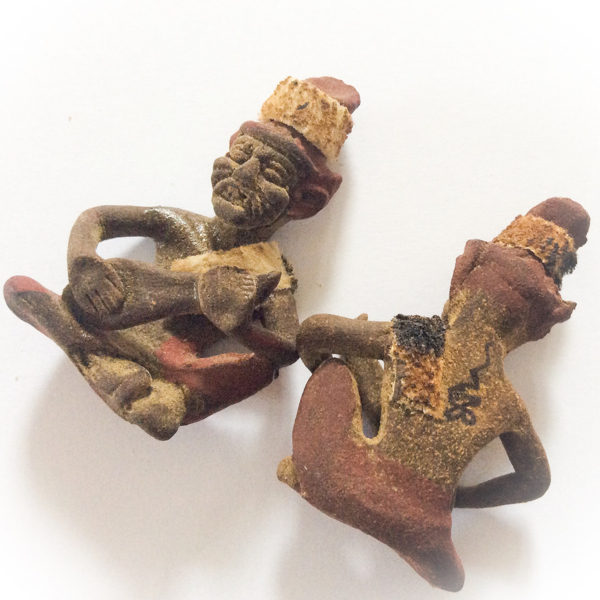 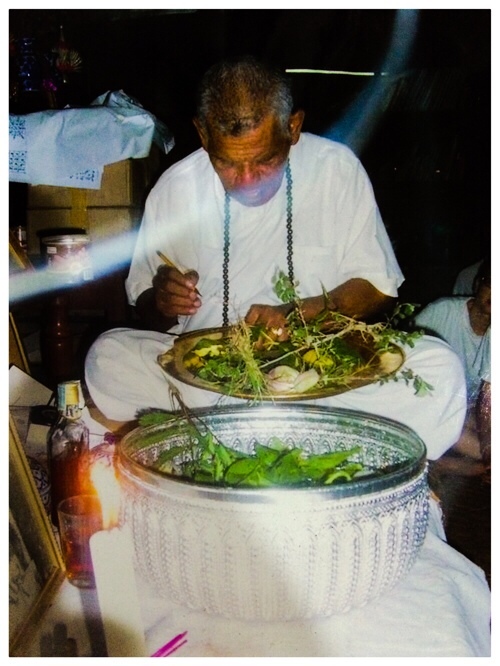 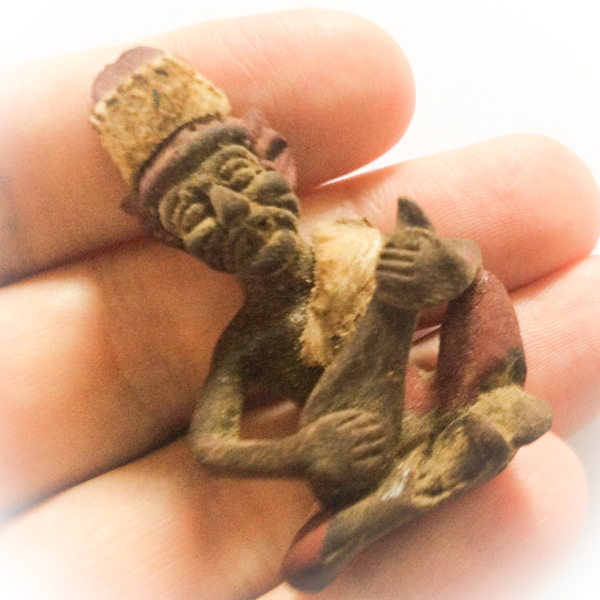