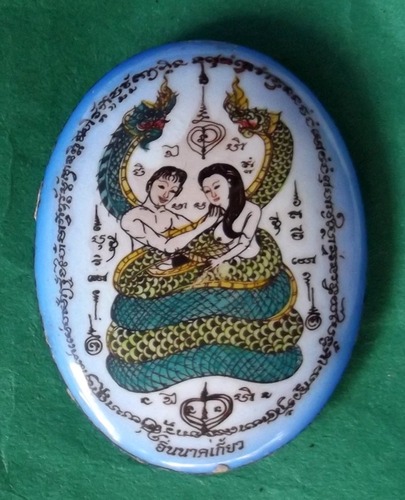 In Gaew (In Koo/Yin Tong) Prai Deva Lovers with Twin Sariga Birds inserted in rear face, The rear face is filled with Sacred Maha sanaeh Powders. A silver Takrut spell with the 'Hua Jai In Gaew' is inserted to invoke the presence of the deva Mind of the In Koo Lovers, and Emanate Metta Maha Sanaeh Magic to attract preferential attitudes and enchant the hearts of those who approach. 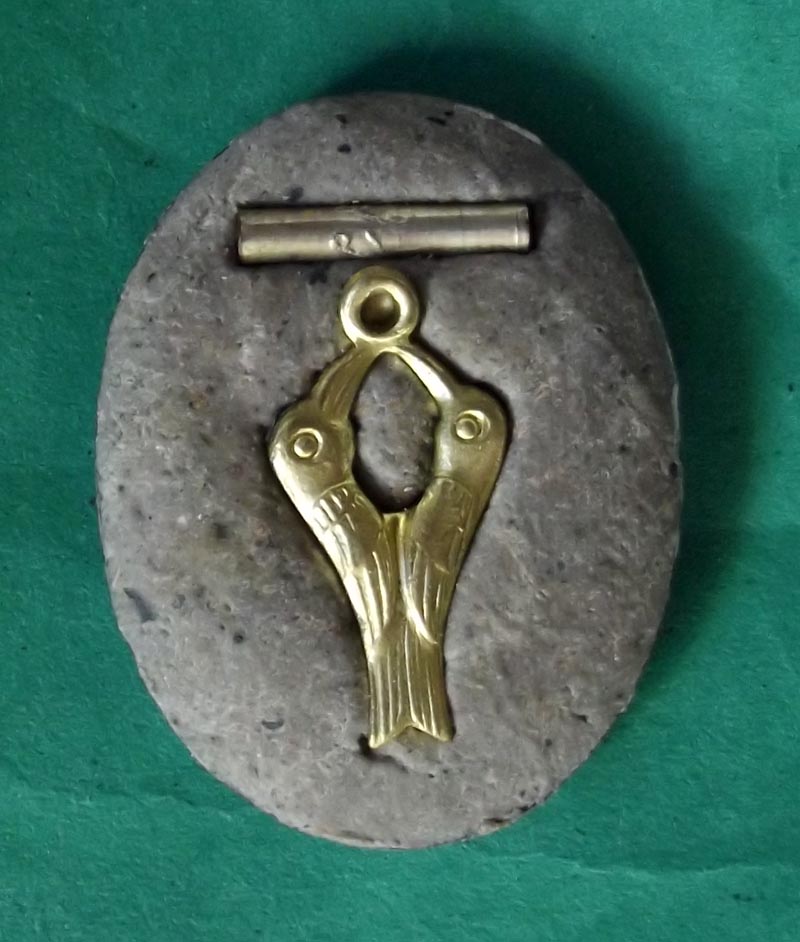 This Locket is specifically made to improve Love Affairs, and for those who have to influence discussions, business talks, selling, looking for clients or eployment, submit examination papers or students to recieve good grades or preferential Bias from the teachers. 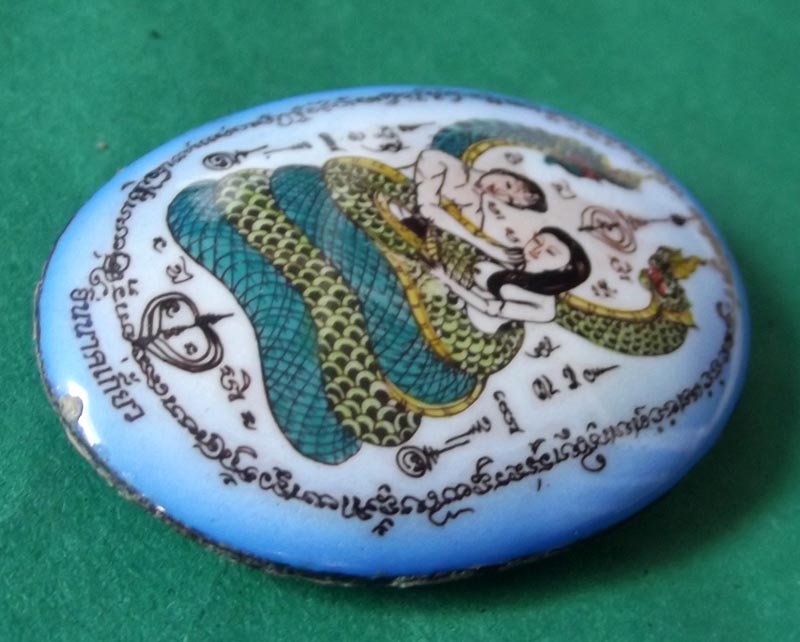 The In Koo (also known in South East Asia as ‘Yin Tong’) is a symbiotic Deity in the form of a Man and a Woman embracing each other. It is a magical animist effigy which ancient people believed represents the first ever pair of Man and Woman (male and female) in the History of the World, and is a symbol of Love between a man and woman. It is believed that the holder of an In Koo Talisman is endowed with Maha Sanaeh power over the other sex, and that they will feel attracted to the wearer of the In Koo, and wish to approach and get to know you.

The Locket is made and Empowered by Long Standing lay master, Ajarn Supot Ler Cha, whose Fame and Prowess in Mediumship and Thai Buddha Magic has been accepted and widely known of for more than a Decade, whose name was a Nationally Known Ajarn long before Thai Buddha Magic hit the International Scene. A master of the preceding Generation of Lay practitioners whos name has already entered the History Books, and continues to make History with his long standing Trajectory of practice as a Thai Brahman Master.

The front face of the Locket features a Pair of Prai Deva spirits (male and female), encircled by two Naga Serpents who are entwined around the pair of Lovers, in double embrace.  Sacred Love and Metta spells are written around the face of the locket.

The powders of the rear face are recognizably rich in Prai Powders and Muan Sarn that leans heavily towards the Prai and Maha Sanaeh type of Sacred Powders. 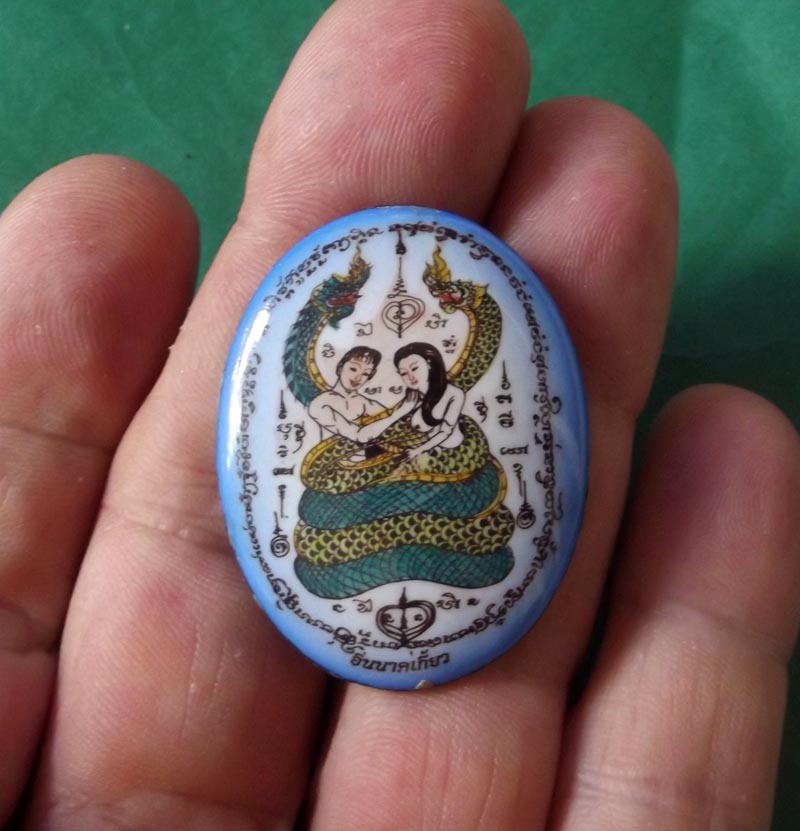 The amulet is useful as a Love Charm and also for General Metta Mahaniyom for a range of different applications. For Relationships that are a little shaky and need to be bound and secured, the Locket is an ideal favorite.