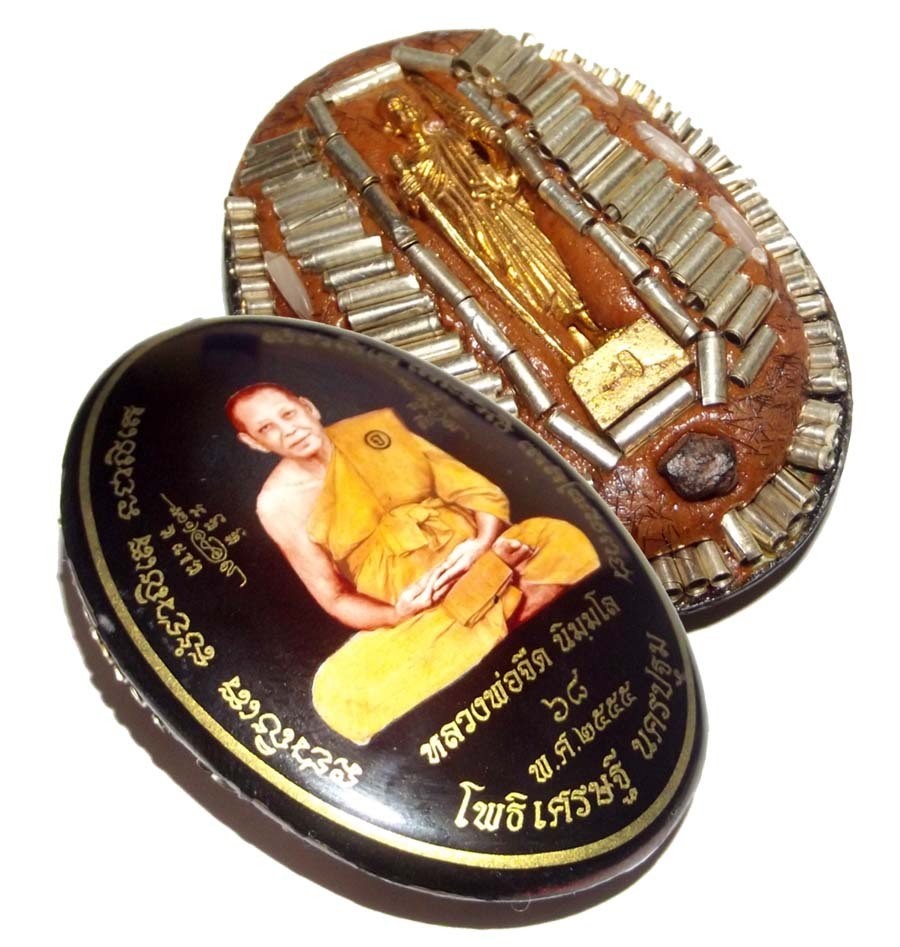 This 'Pim Yai Ongk Kroo' Pim A Masterpiece Jumbo size 'Roop Khai' (Oval shape) Locket is a Masterpiece Flagship Model of the Premiere Edition series Amulets from Luang Por Jerd Nimmalo of the Suan Badibat Tam Po Sethee Temple in Nakorn Pathom. This series of Amulets is set to Mark a Milestone both in Luang Por Jerd's Trajectory of Amulet making, as well as in the Annals of Amulet Making History as a 'First Ever'. This edition is likely to influence the Design of Future Editions of Amulets on a National Scale, but will be difficult for many temples to Emulate, due to the lack of necessary Factors and faculties to Produce an amulet of this Calibre and also embed an authentically Powerful Wicha within them. 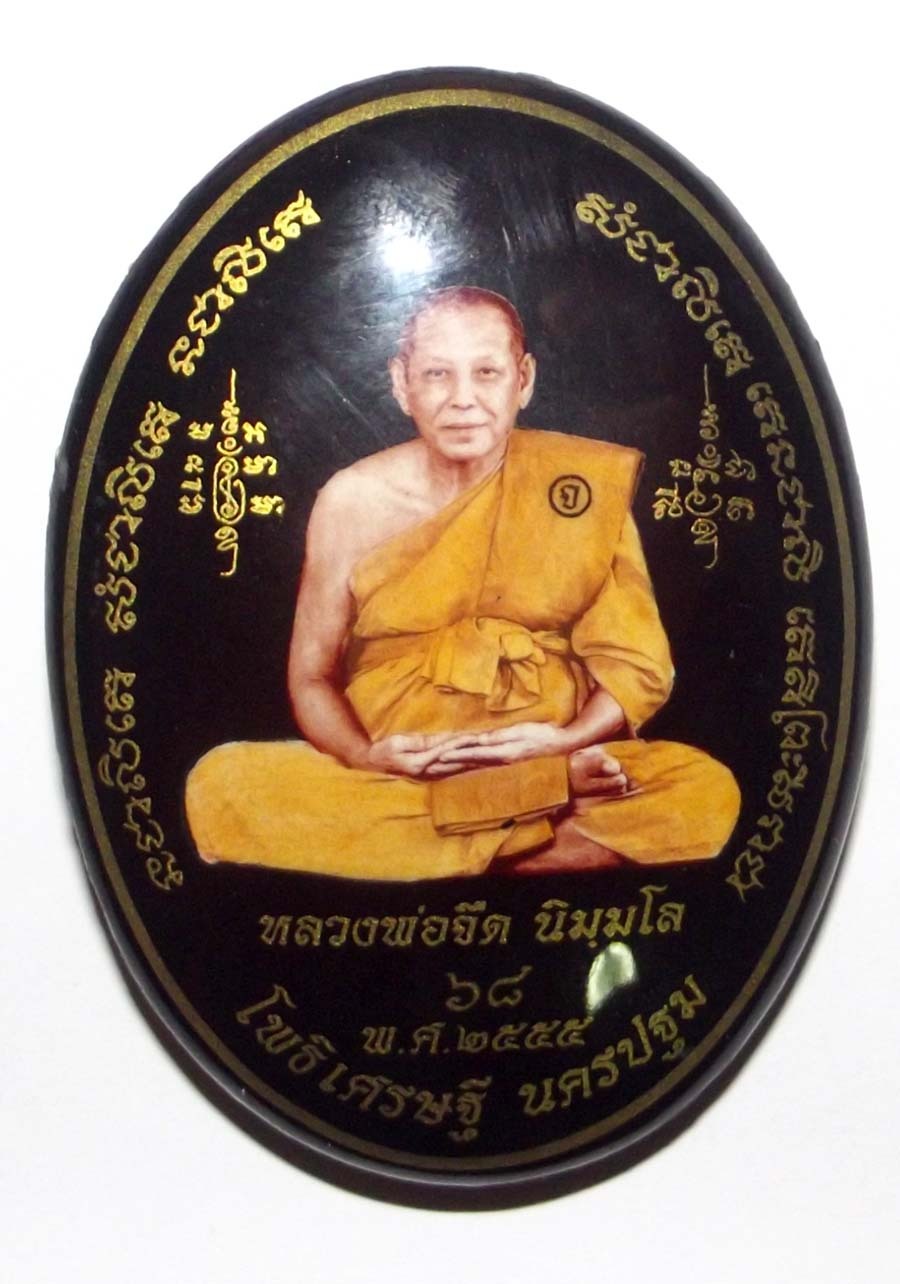 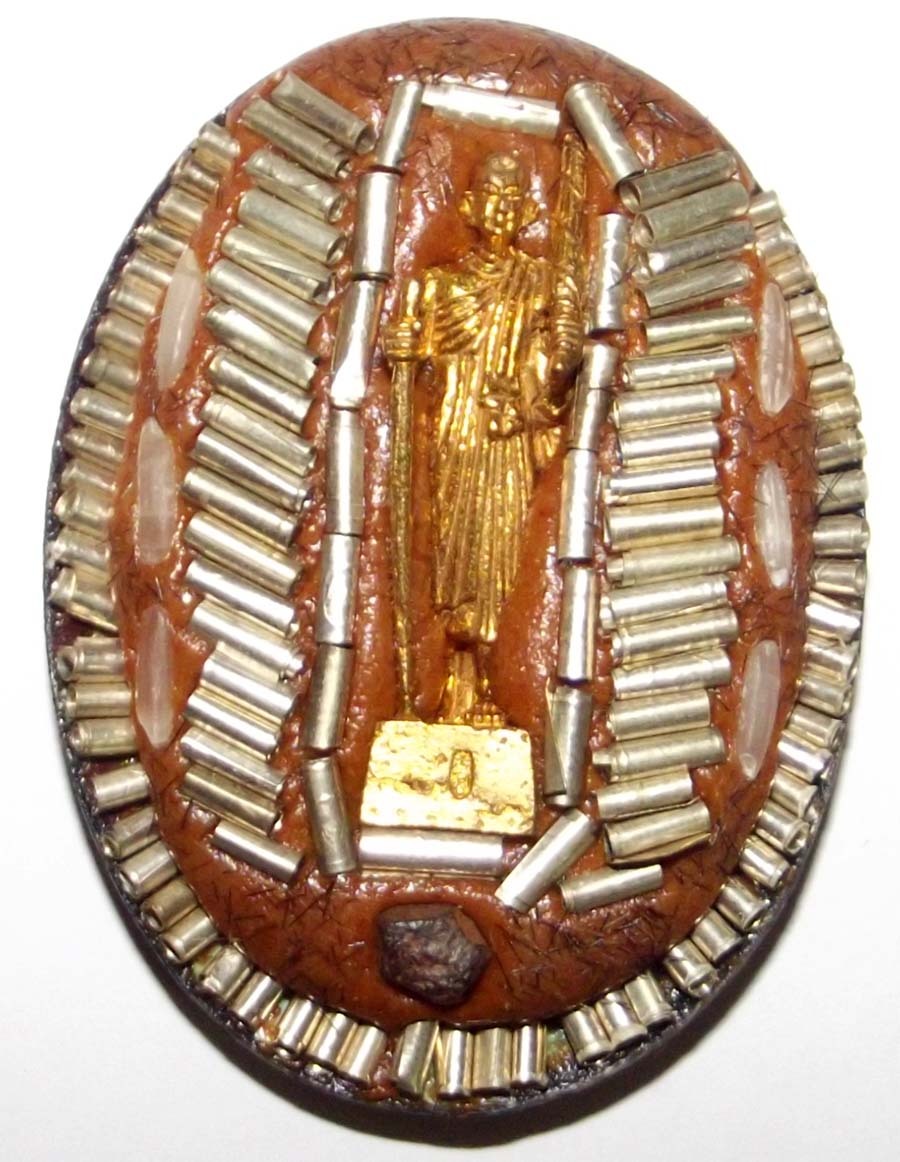 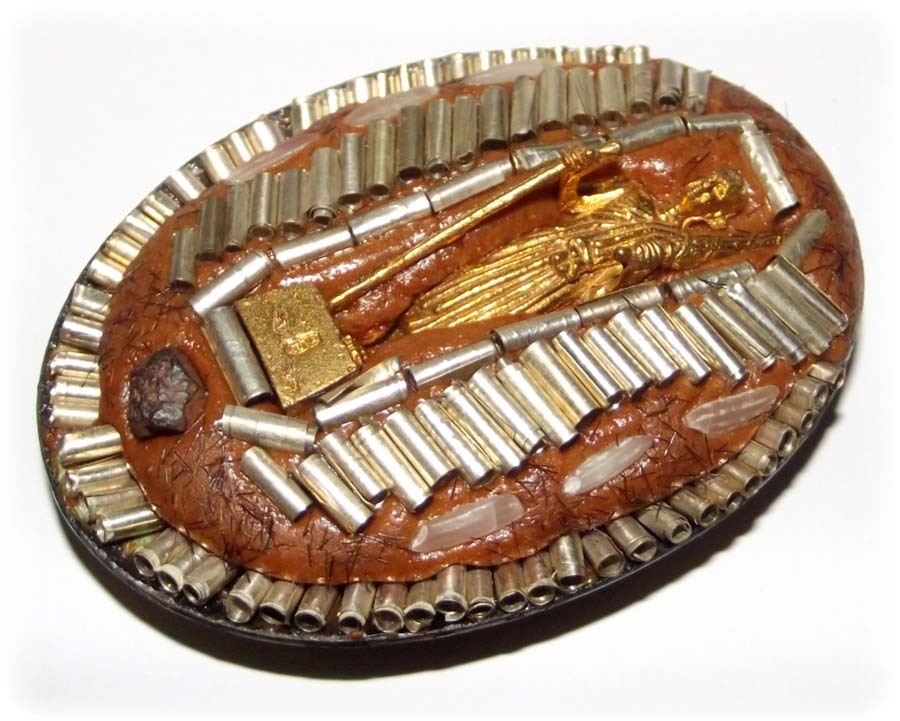 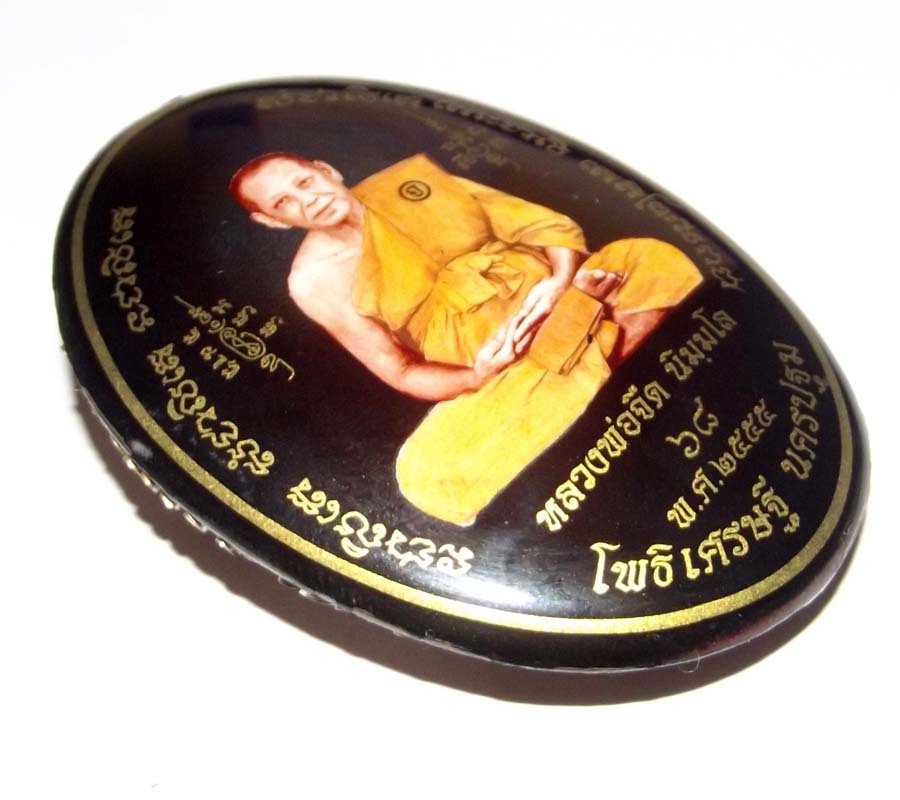 Never Before have such Beautiful and Exotically Powerful Lockets been made by Luang Por, making this Edition the most Impressive and Attractive we have ever seen. There were two models (Pim) of Locket issued in this edition; 'Roop Khai Dtem Ongk' (Oval with full Monk Image), and 'Kreung Ongk Song Tan Badt' (Oval Square with Half Torso Cameo). Each of the two Pim were issued in two versions too, either with 108 Silver Takrut Pra Radtana Dtrai (Triple Gem Takrut Spells) inserted, or with 56 Silver Takrut Pra Puttakun (Buddha Magic) inserted. 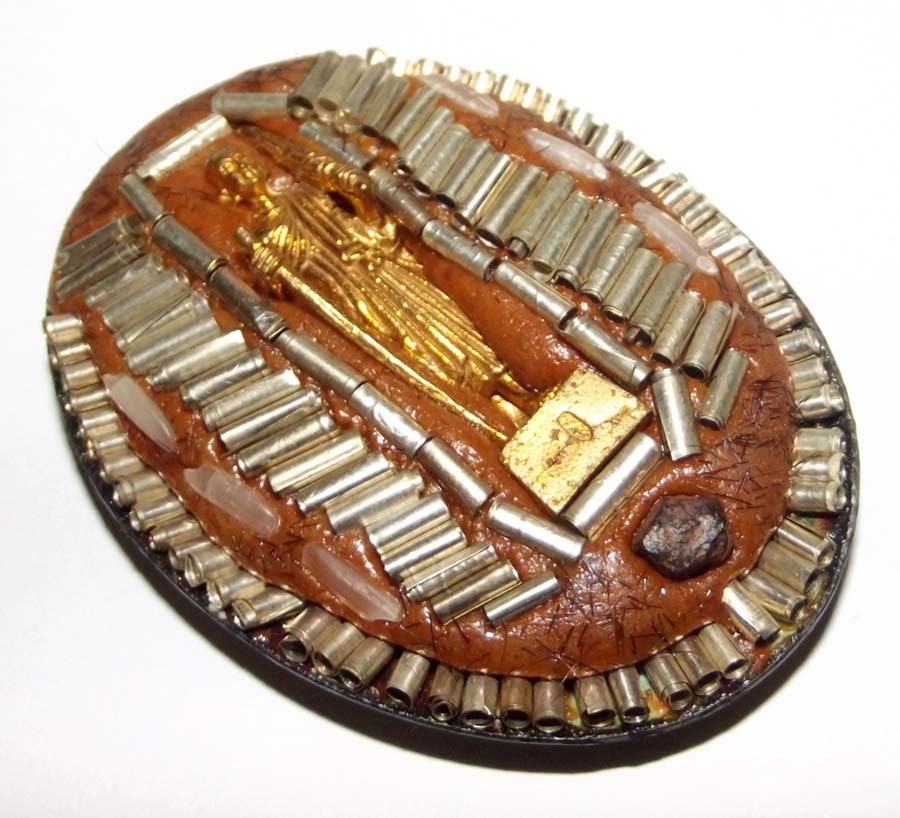 These Lockets have been made using the Richest and MMost Sacred Holy Muan Sarn Ingredients, and filled with the Utmost Power with 108 Silver Takrut Spells each individually Inscribed and Empowered by Luang Por, and inserted with Incantations into the Muan sarn Sacred Powder base of the rear face of the Lockets. One Pra Sivali Loi Ongk Statuette Individually Empowered is inserted into the Locket. Two Enchanted Beads and a piece of Chanuan Saksit (small Chunk of Sacred Artifact/Relic) are also inserted. Apart from the Mass of Takrut Spells and the Arahant Sivali, the Lockets Posses a Large Dose of Luang Por Jerds Master Wicha of the Treasure Bee. 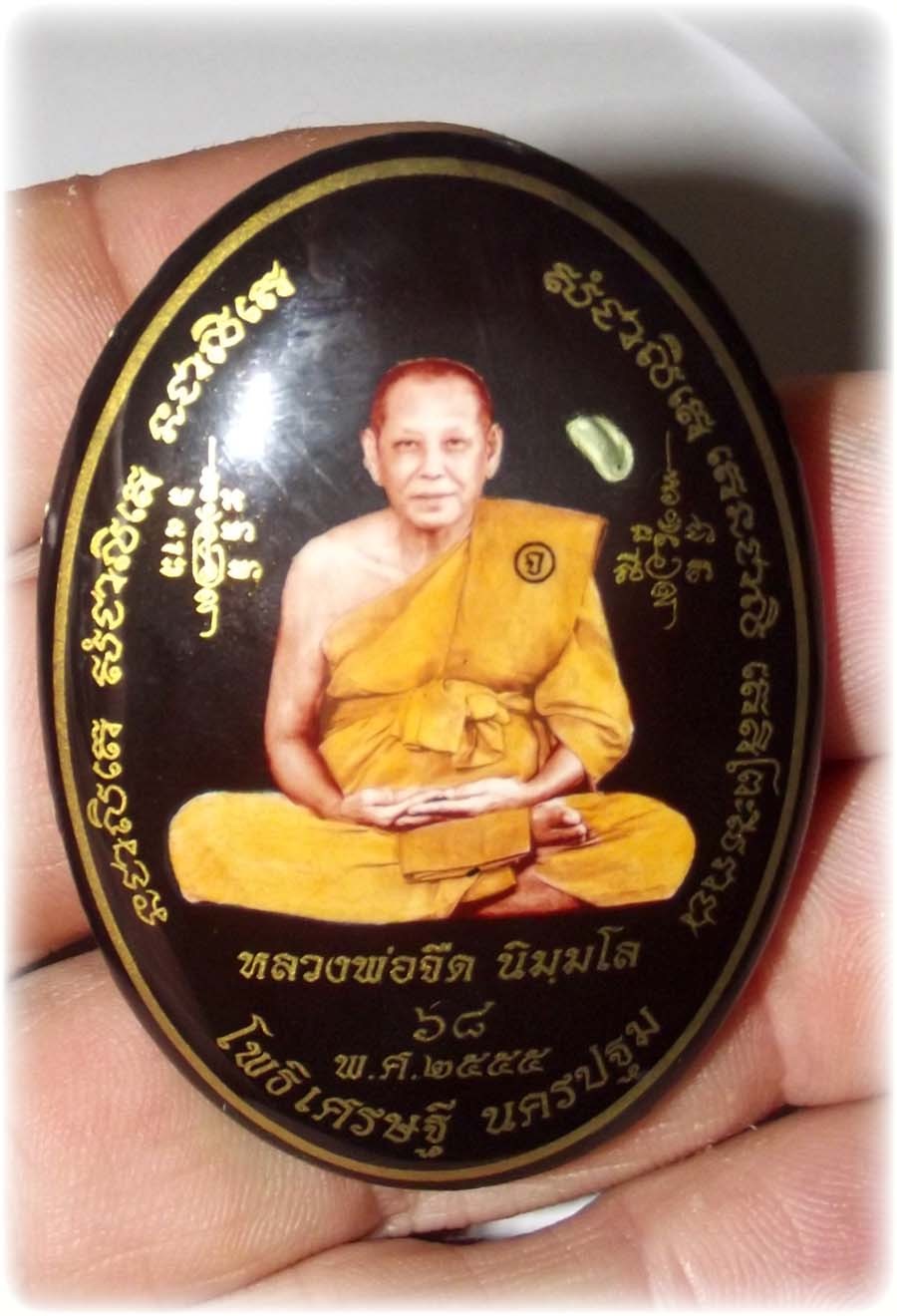 Khaw Sarn Sek (Enchanted Rice Grains). Rice from the almsbowl of a monk or rice that was donated to the Monks is considered Sacred, and also a Magical Cause of Prosperity. sacred Rice Grains with Incantations have been inserted into the Muan Sarn of the Amulet.

108 Takrut Pra Radtana Dtrai (Triple Gem Takrut) in the Ongk Kroo Pim A Versions, or 56 Takrut Pra Puttakun (Buddha Magic) in the Ongk Kroo Pim B versions. One Hundered and Eight Silver Foil takrut spells are inserted into this Ongk Kroo Pim A Version. Luang Por says that the Triple Gem is the most potent Empowerment he could give, Adamantine, Impernetrable and Full of Merit and Metta. he says that there is no amulet that can overcome this one, for its complete and extensive formulas of empowerment and the choice of the powerful Buddhist Blessings, whose purity can not be beaten by any simple Occult or Black Magic Charm, nor can it be Conquered by any Demon or Spirit Entities. 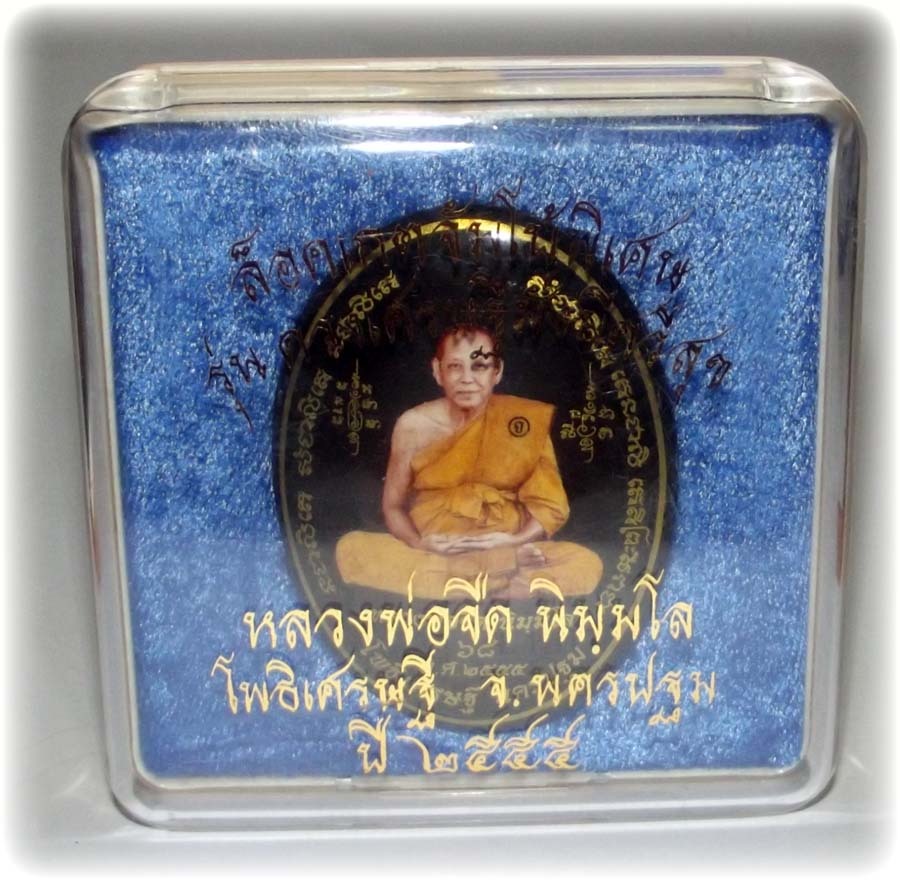 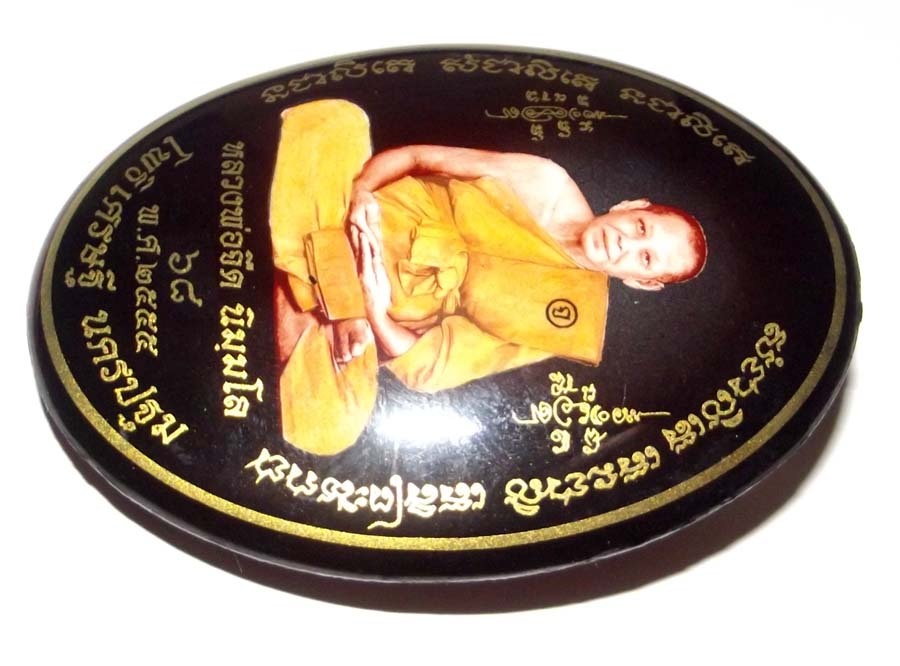