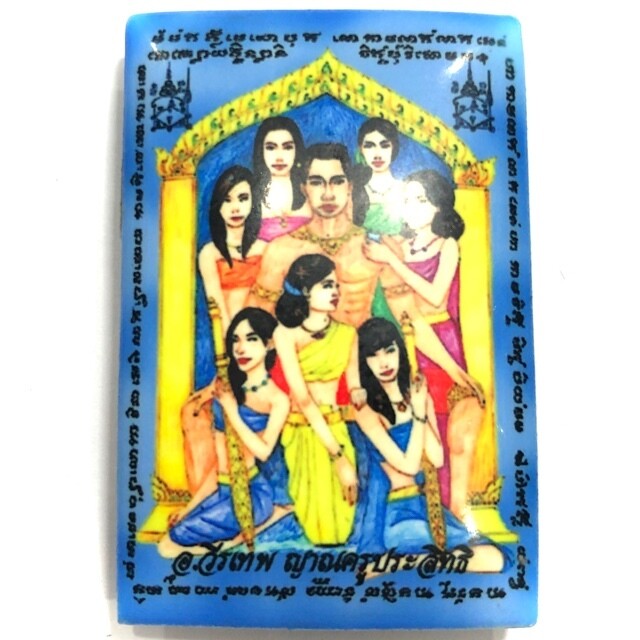 The Bone Powders of Seven Prai Plii Ghosts are in the Sacred Muan Sarn that is stuffed into the rear face of this Painted Enamelled Shell Locket face, with Prai powders and 108 types of Sacred Herbal Pollens and Woods added. The Muan Sarn is then embellished and further Incrementation of Prai Power is given with the addition of a flask of Prai Oil, 1 Silver Takrut Hua Jai Por Khun Phaen (Khun Phaen Heart mantra, and 1 Takrut Hua Jai Nang Plii, and some 'Ploi Sek' - enchanted gemstones. Sacred Khom Spell Inscription is then written around the sides of the amulet. 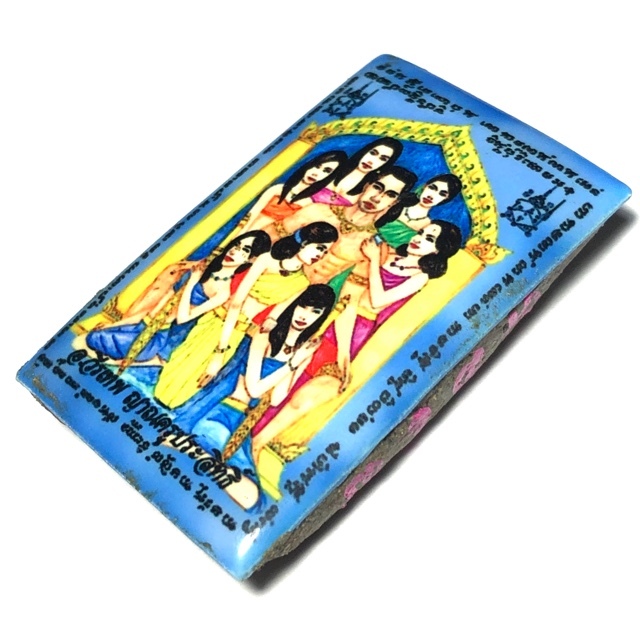 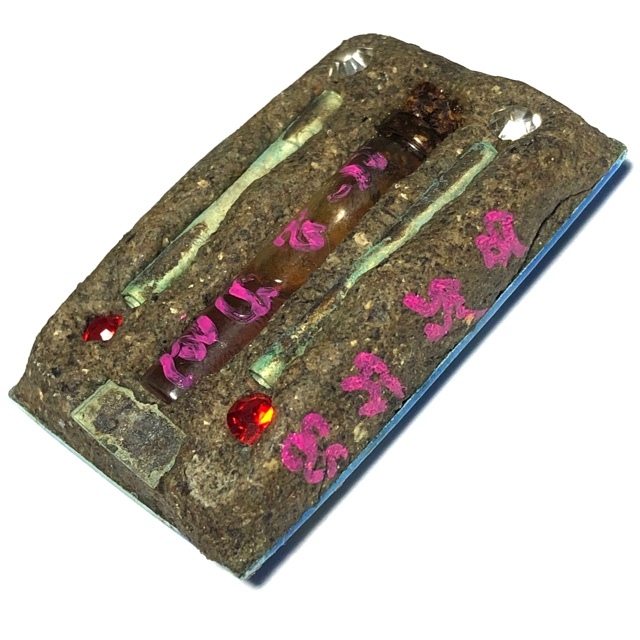 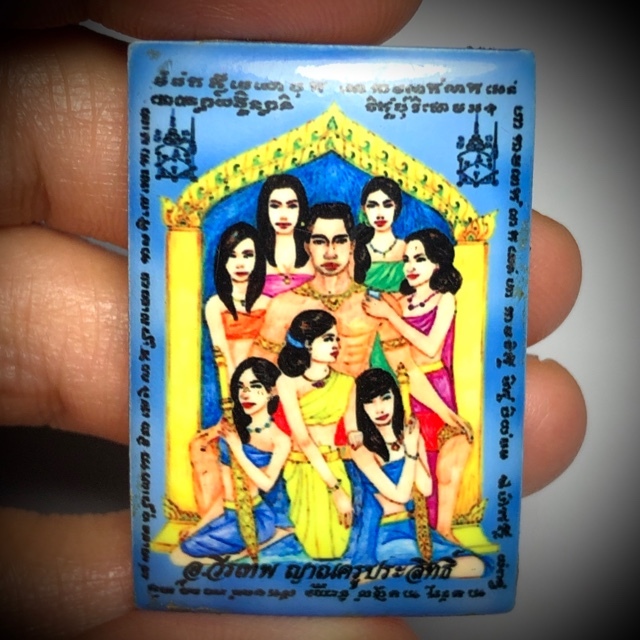 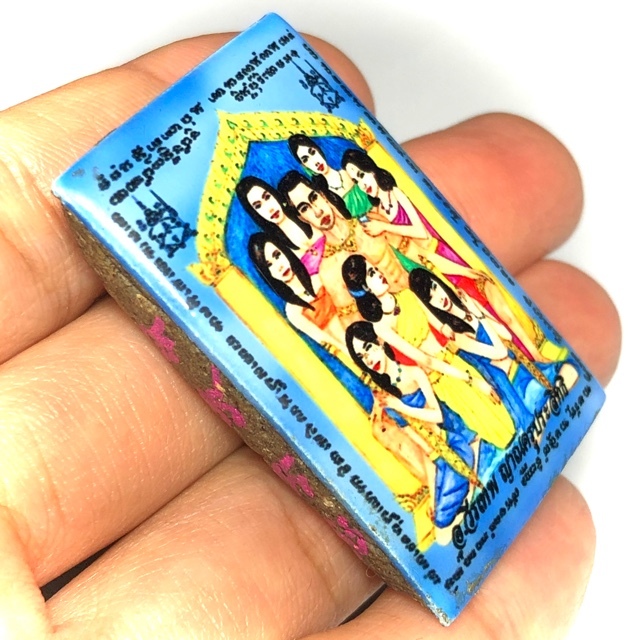 In additon to this Pim Lek version, a set of 99 Limited Edition Large Size Pim Yai 'Ongk Kroo' Masterpiece Lockets were made in this 2555 BE Wai Kroo Series. The Pim Yai Ongk Kroo had two flasks in the rear face, the extra flask containing Pong Sanaeh Ya Faed and Pong Prai Jet Nang Plii Powder, an Immensely Powerful extra addition which increments the Potency of the amulet incredibly. Pong Sanaeh ya Faed is one of the most difficult to make, rarest and most highly prized Sacred Powders of Prai Sorcery, and is an extremely expensive Magical Component, highly guarded by the Master Sorcerors, and rarely shared, due to its Rarity. 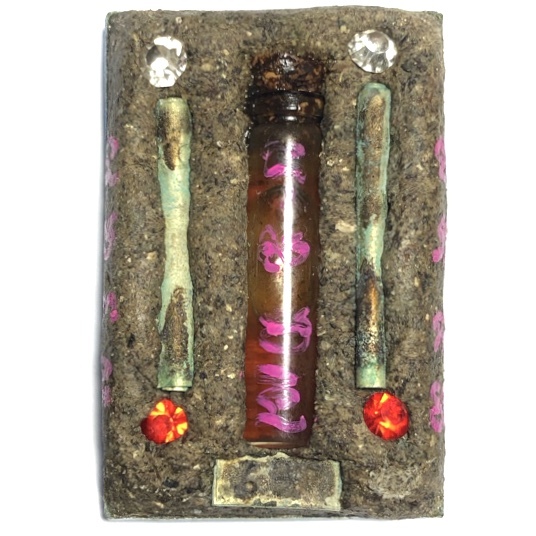 This is number 63, but number in above foto is of a differing number. The delivered item however, will bear number 63. 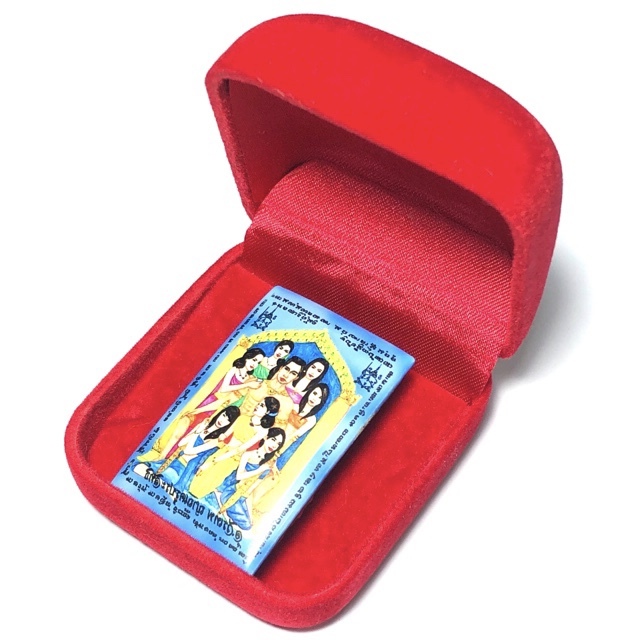