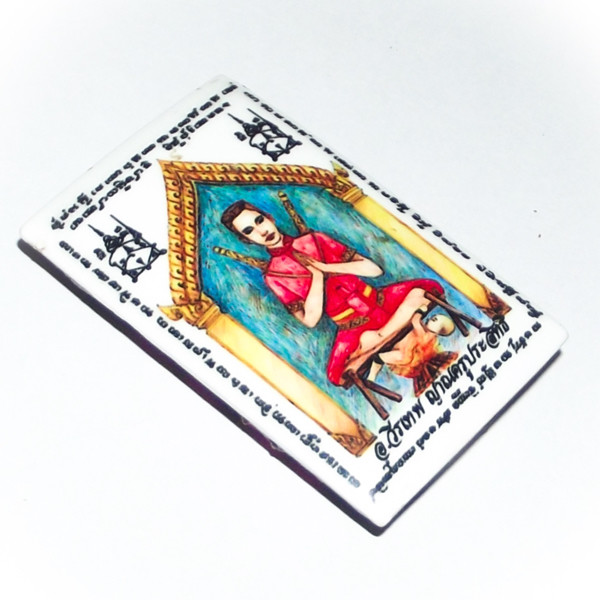 Khun Phaen Yang Kumarn Tong (Pra Khun Phaen roasting a Kumarn) Limited Edition Locket from Ajarn Wirataep Yan Kroo Prasit. Empowered to the Utmost, with a host of Powerful Necromantic Prai Ingredients. The Bone Powders of a Look Krok are the base element in the Sacred Muan Sarn that is stuffed into the rear face of this Painted Enamelled Shell Locket face, with Prai Kumarn Powders and 108 types of Sacred Herbal Pollens and Woods added. The Muan Sarn is then embellished and further Incrementation of Prai Power is given with the addition of a flask of Prai Oil, 1 Silver Takrut Hua Jai Por Khun Phaen (Khun Phaen Heart mantra, and 1 Takrut Hua Jai Jao Chu Maha Sanaeh (Heartbreaker Spell), and some 'Ploi Sek' (enchanted gemstones). Sacred Khom Spell Inscription is then written around the sides of the amulet. 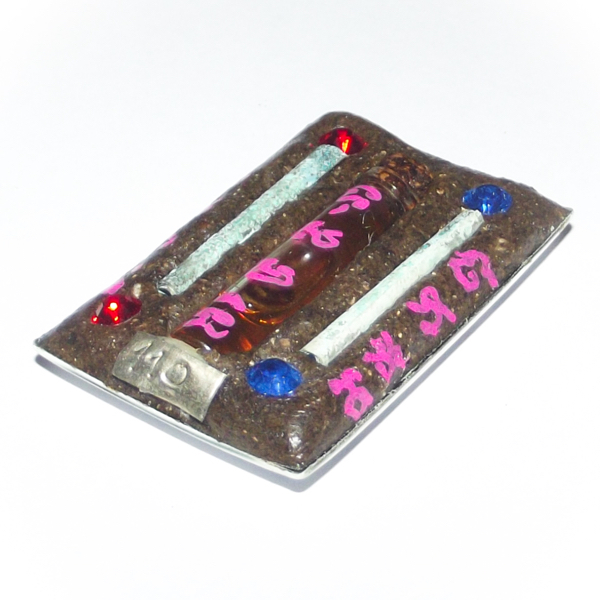 The front face features Khun Phaen sat with his hands in prayer casting spells - he is seated in front of a fire roasting a Kumarn Tong over a fire. Ancient Khmer Spells are inscribed in Khom Agkhara, accompanied by Two Sacred Yantra.

The name of Ajarn Wirataep is written on the bottom of the locket below the Kumarn Tong. The amulet, although reputed to be a Masculine Love Charm, is in fact Unisex, and can be used by both Man or Woman, for both Charm and Business purposes, as well as Gambling Exploits and Protective Magic. The Multi faceted powers of Khun Phaen in combination with the Wicha Look krok and Wicha Kumarn Tong, with addittional Prai Oil flask and Takrut with enchanted gemstones is an immensely Powerful Sorcerous Composition. 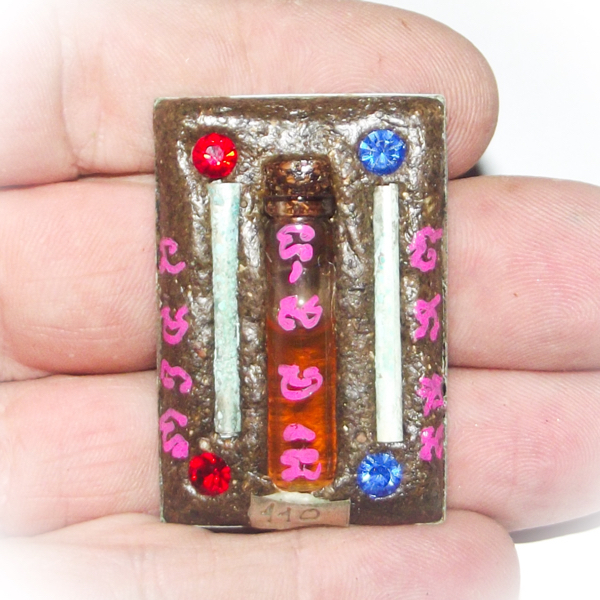 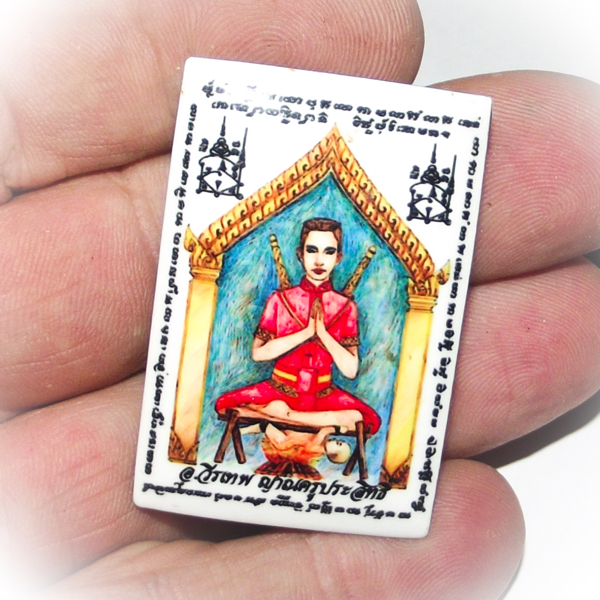 Ajarn Wirataep Released these Khun Phaen Lockets as 'Ongk Kroo' Top of the Series Luxury Quality Maha Sanaeh Charms, that are several pegs above the average Muan Sarn used for Amulets. The high cost and rarity of truly potent and Sorcerous Sacred Ingredients, and the necessary concentration needed to create a piece of Master Sorcery of the most Potent Variety causes few Masters to produce amulets of this kind of extreme concentration of Sacred Muan Sarn in their pure undiluted states.

Once in a while however, we are blessed with the opportunity to obtain such an amulet, whose power comes not only from the Meditative and magical empowerments and Incantations of the Master/s who made them, but also possesses inherent Sorcerous and Pheromonic (aromatic) powers exuding from the Muan Sarn.

Nam Man Prai Maha Sanaeh Oil is individually empowered with its own Prai Ruling Deva and combines with the Look Krok in the Powder base to emit Immense Maha Sanaeh Attraction, and Predictive Warning Power in its Aura. 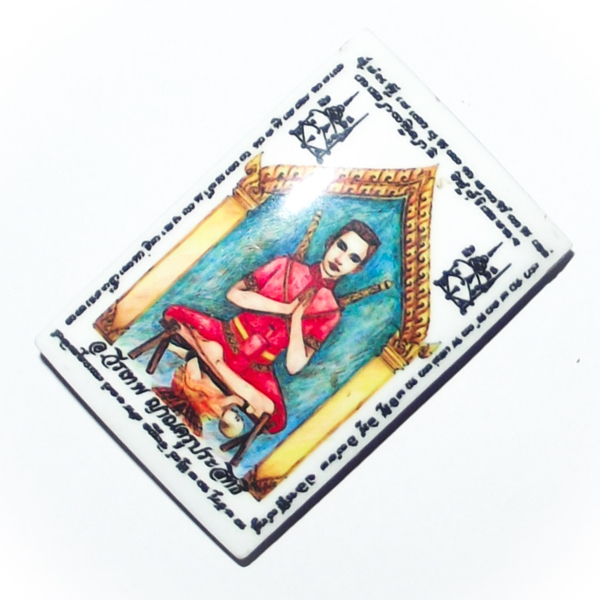 In addition to this Pim Lek version, a set of 99 Limited Edition Large Size Pim Yai 'Ongk Kroo' Masterpiece Lockets were made in this 2555 BE Wai Kroo Series.

The Pim Yai Ongk Kroo had two flasks in the rear face, the extra flask containing Pong Look Krook Powder, is an Immensely Powerful extra addition which increments the Potency of the amulet incredibly. Pong Look Krok possesses both the powers of the Kumarn Tong, and the Powers of the Prai Grasip, which is an essential aspect of the Magic when using the Amulet for Gambling or Speculative Risk as well as for Pre-Warning of Lucky and Unlucky Events before they happen. Pong Look Krok, along with Pong Sanaeh Ya Faed, is one of the rarest and most highly prized Sacred Powders of Prai Sorcery, and is an extremely expensive Magical Component, highly guarded by the Master Sorcerors, and rarely shared, due to its Rarity. 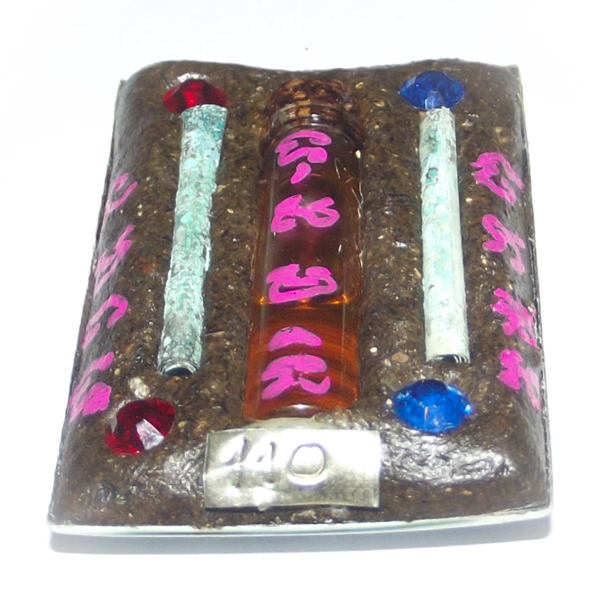 The amulet is usable as Maha Sanaeh Love Charm, Business Improvement, and Speculative Risk Enterprises (Gambling, Buying and Selling, Stock Market etc). This amulet is recommendable for those who seek the best quality Muan Sarn powders and Prai Ingredients for a more Powerful Amulet, and less worry about expense.

For those who seek the Ultimate we then recommend the larger Pim Yai ongk Kroo which is the most powerful and top of the Series of Khun Phaen Yang Kumarn Master Piece amulets. Only two Pim were made in this design version. Apart from the two Khun Phaen Yang Kumarn lockets, two other powerful luxury master Piece Maha Sanaeh lockets were made in this edition. the first being Pra Khun Phaen Yang 7 Nang Plii (Khun Phaen with 7 Surrounding Maidens), in small and Ongk Kroo large size, and the second being a Nang Paya Ngu Khaw (White Snake God Lady) Locket, which was also made in Pim Lek (small) and Pim Yai Ongk Kroo (large Master Piece). 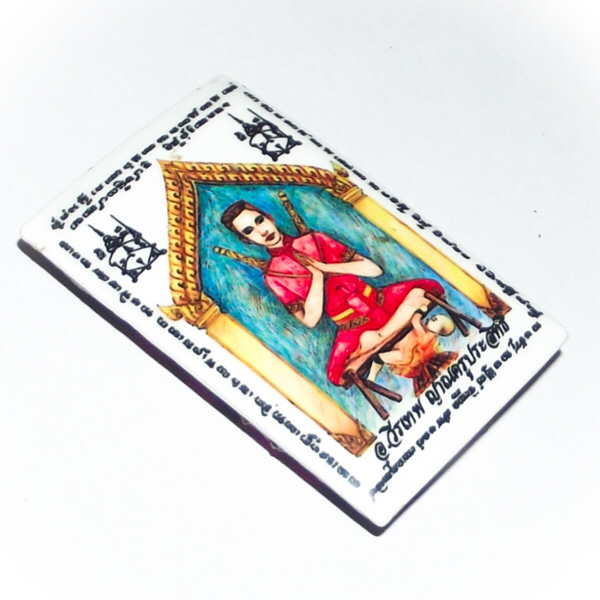 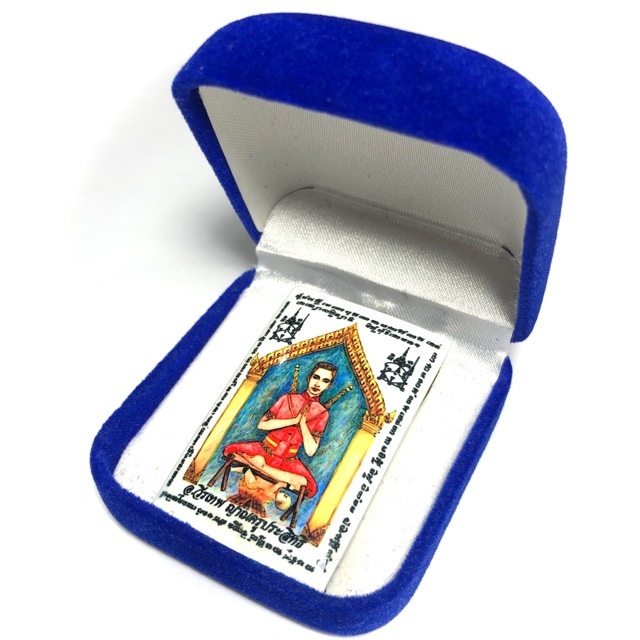