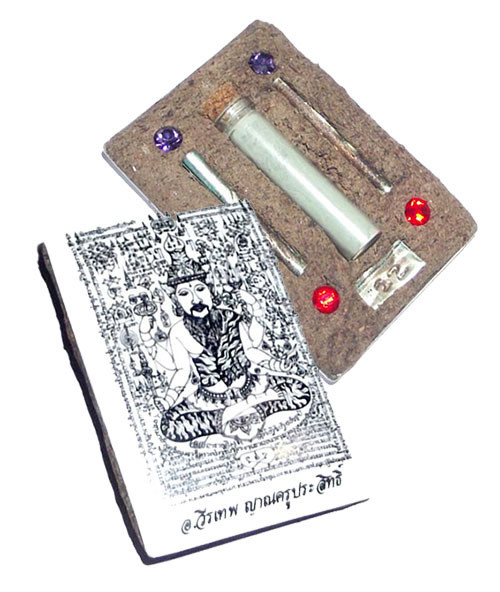 A host of Sorcerous and Necromantic ingredients were used for this special Wai Kro Ongk Kroo Jumbo Por Gae Ta Fai in Vishnu Emanation Locket, using a most concentrated and powerful Sacred Muan Sarn that is stuffed into the rear face of this Painted Enamelled Shell Locket face, with Prai Kumarn Powders and 108 types of Sacred Herbal Pollens and Woods added.

This emanation is multi armed and a Por gae narai (Vishnu emanation) hence, perhaps the most powerful type of Lersi Hermit Deva of the Higher Celestial realms.

As a Wai Kroo Amulet, it has of course recived not only Ajarn Eirataeps Blessings and Empowerment, but also that which comes on Wai Kroo when the Lersi Jermit Devas all 108 of them descend from their abodes in the Celestial Realms. They are ionvoked and are always pleased to come, and to hear the Dhamma chanted in the ceremony.

In response to this attendance and as reward for their delight in haering the Dhamma pronounced, they take pleasure to assist in empowering the amulets and blessing the devotees for the coming year. The Wai Kroo Lersi amulet is the most powerful that one could wish for, die to the above stated reasons. 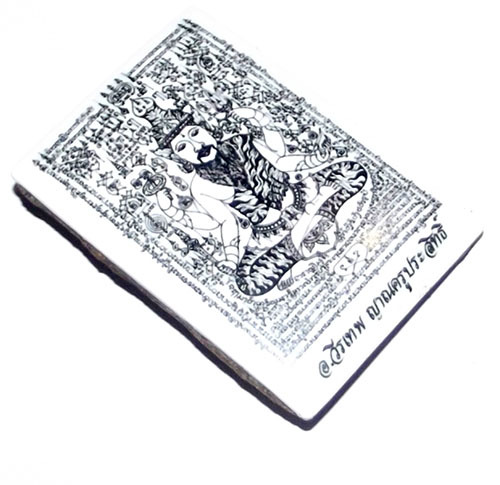 Empowered on seven different blessing ceremonies with the invocations of seven great Lay masters with Ajarn Wirataep presiding over the final empowerment during the Wai Kroo Master Day ceremony to the Lersi.

The Muan Sarn is then embellished and further Incrementation of Prai Power is given with the addition of a flask of Prai Oil / Powder based Necromantic Serum, with Pong Sanaeh ya Faed powders, 1 Silver Takrut Hua Jai Por Khun Phaen (Khun Phaen Heart mantra, and 1 Takrut Hua Jai Jao Chu Maha Sanaeh (Heartbreaker Spell), and 4 'Ploi Sek' (enchanted gemstones). Sacred Khom Spell Inscription is then written around the sides of the amulet. 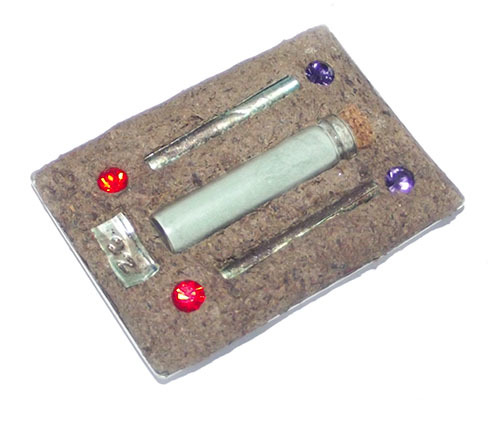 The rear face is stuffed with a thick layer of Sacred Powders, which have two silver Takrut and four Ploi sek (gems that have received incantations) embedded in the Sacred Powders. A Phial of Prai Oil soaked up with Sanaeh ya Faed Powders is also embedded into the Muan Sarn.

Pong Sanaeh ya Faed Powders soaked with Nam Man Prai Maha Sanaeh Oil is individually empowered with its own Prai Ruling Deva and combines with the Look Krok entity in the Powder base to emit Immense Maha Sanaeh Attraction, and Predictive Warning Power in its Aura. 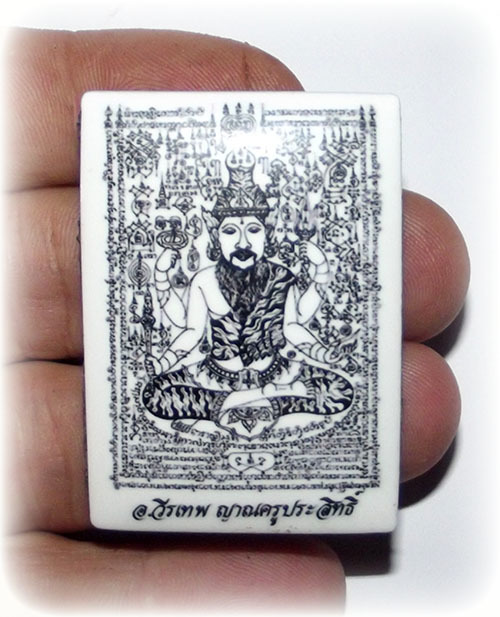 The Locket has been invoked with the mind of Por Gae Lersi, as te Kro ba Ajarn and resident ruliong Deva of the amulet, and brings all the multitude of blessings that come from the act of being a practicing devotee of the lersi hermits.

The amulet is usable for Protection and Prosperous Blessings of Wealth and Good health, protection against Black magic, as well as Maha Sanaeh Charm, Business Improvement, and Speculative Risk Enterprises (Gambling, Buying and Selling, Stock Market etc). This amulet is recommendable for those who seek the best quality Muan Sarn powders and Prai Ingredients for a more Powerful Amulet, and less worry about expense. 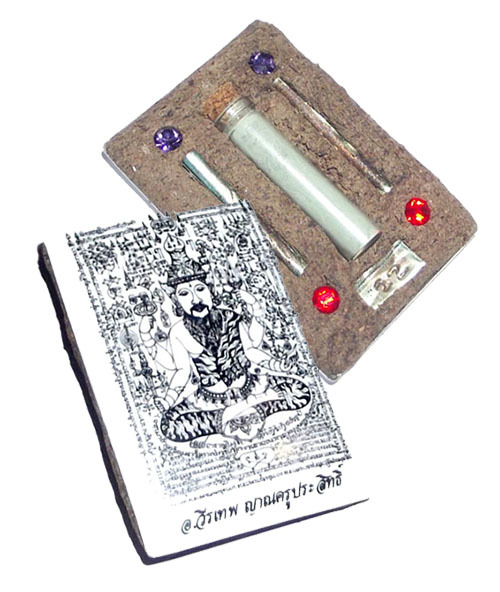