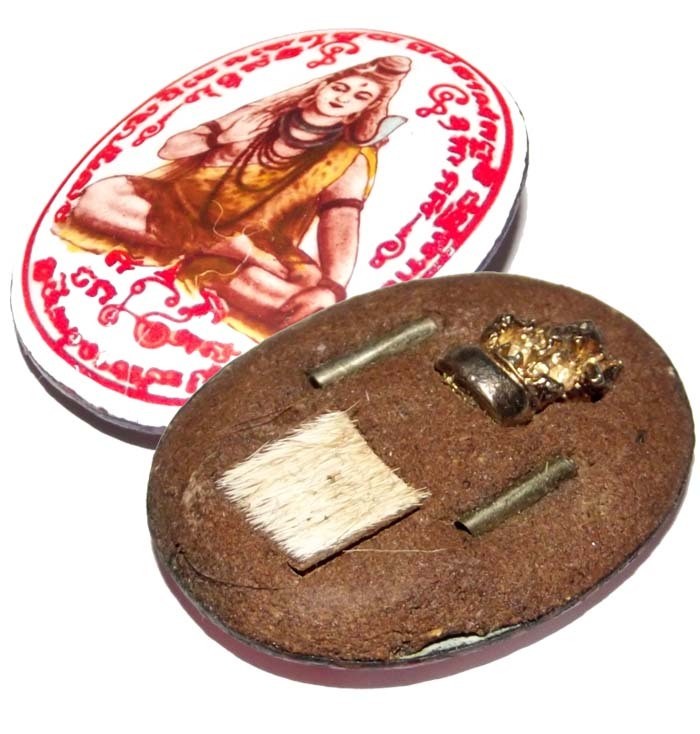 The Shiva Locket was empowered during the Yearly Wai Kroo master Day Ceremony to Shiva and to Por Ga Lersi Ta Fai, who are synonimous as different Manifestations. The rear face of the Locket is filled with a Massive Fusion of hundreds of Sacred Powders, Woods, Herbs and Sacred Earths from Shiva and Ganesha Deva shrines and other Sacred places. Recommended for those who are immersed actively with Meditation and Yogic Practices. 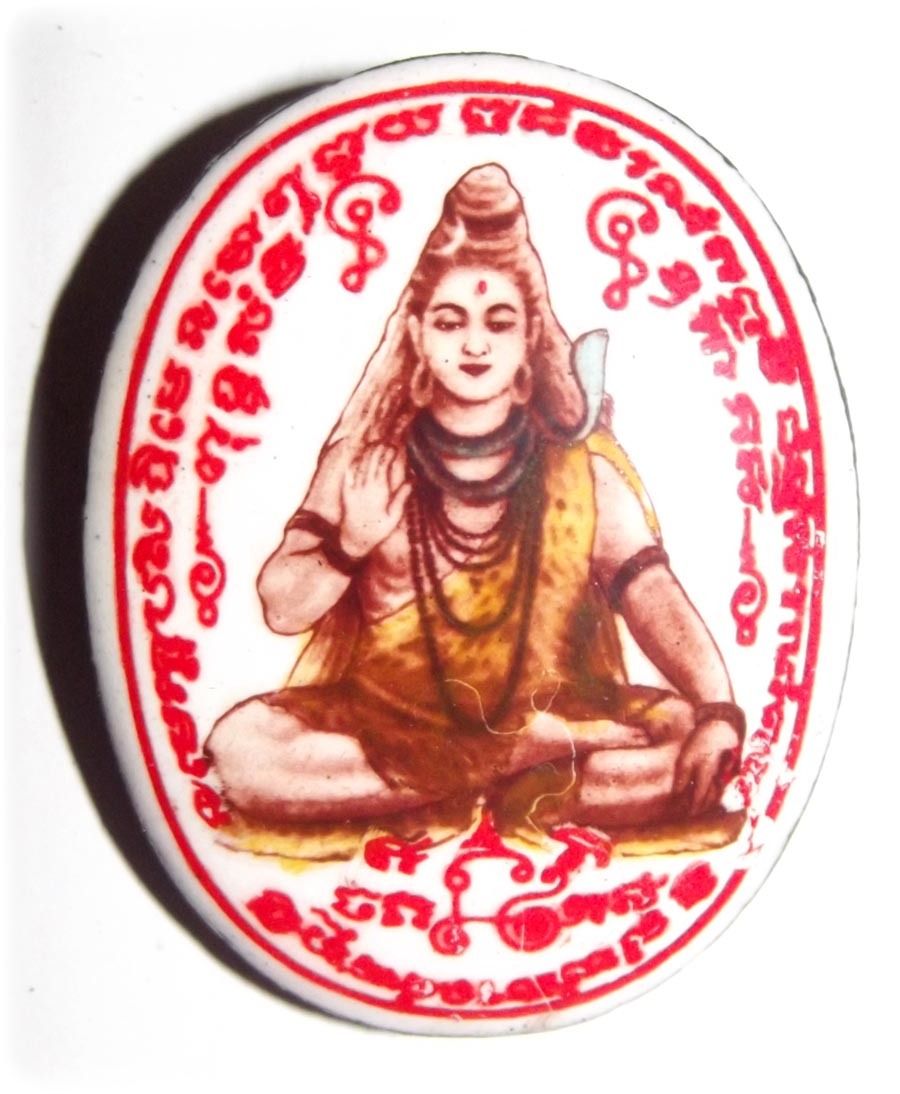 A piece of 'Hnang Suea Kroeng' skin is attached. Shiva is the Great Maha Rishi (Lersi) of all Rishi. The Rishis wore tiger (Suea Kroeng) or deer (Kwang) skin as their robes and meditation mats. 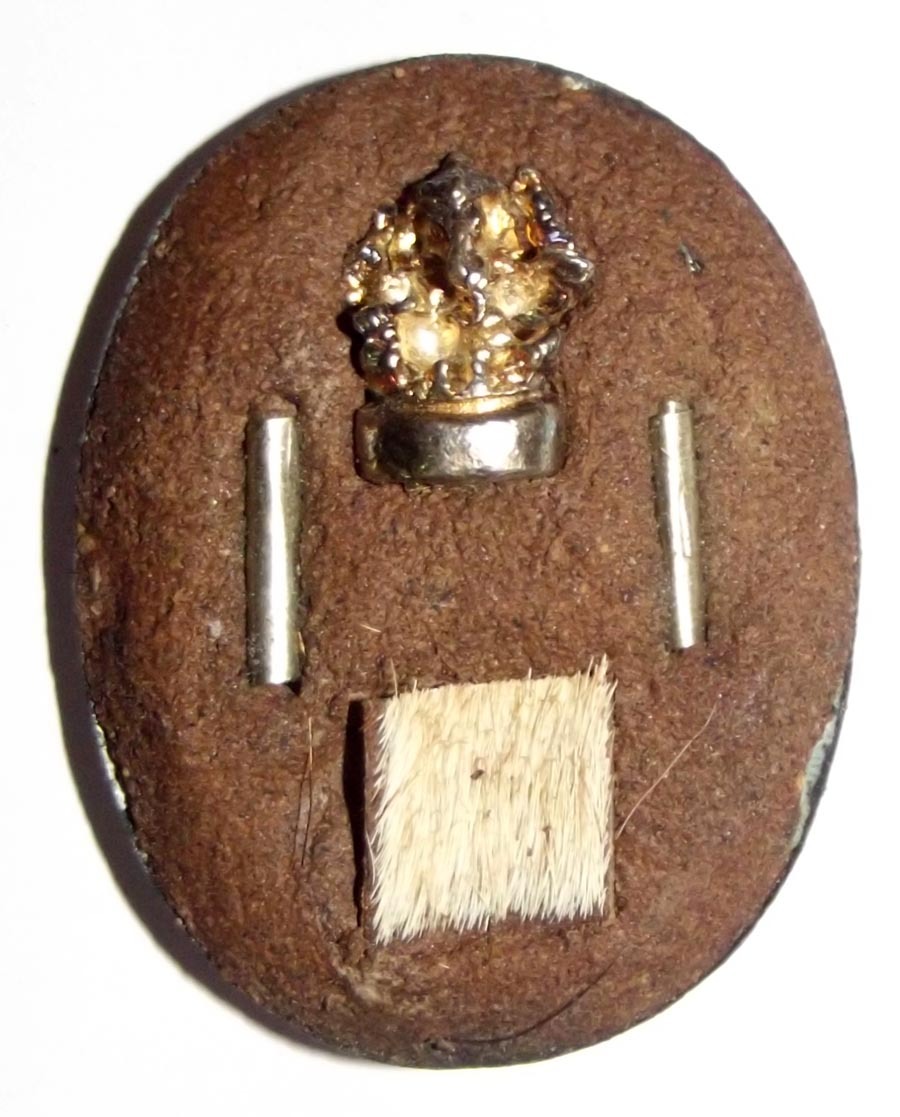 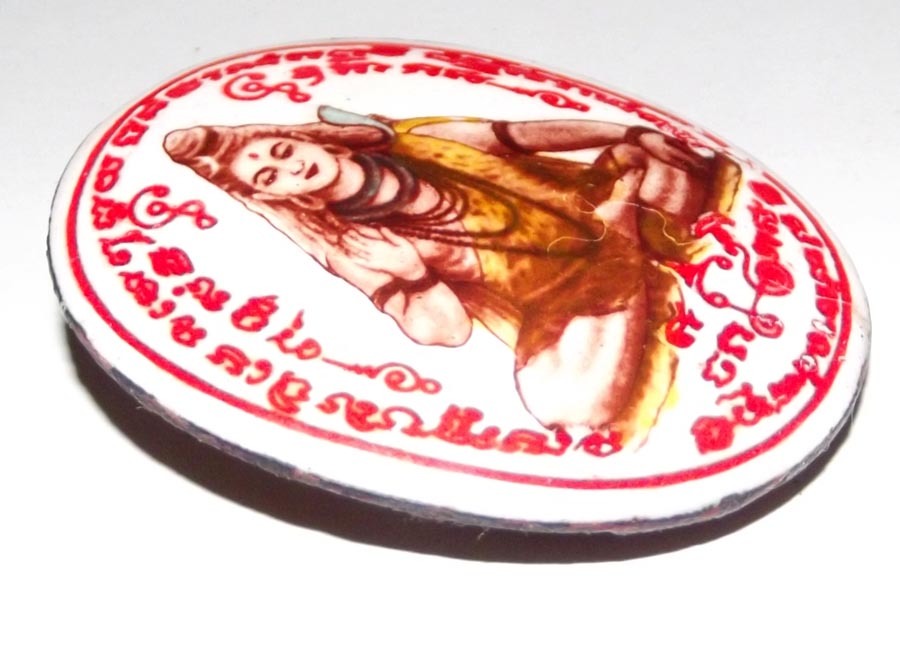 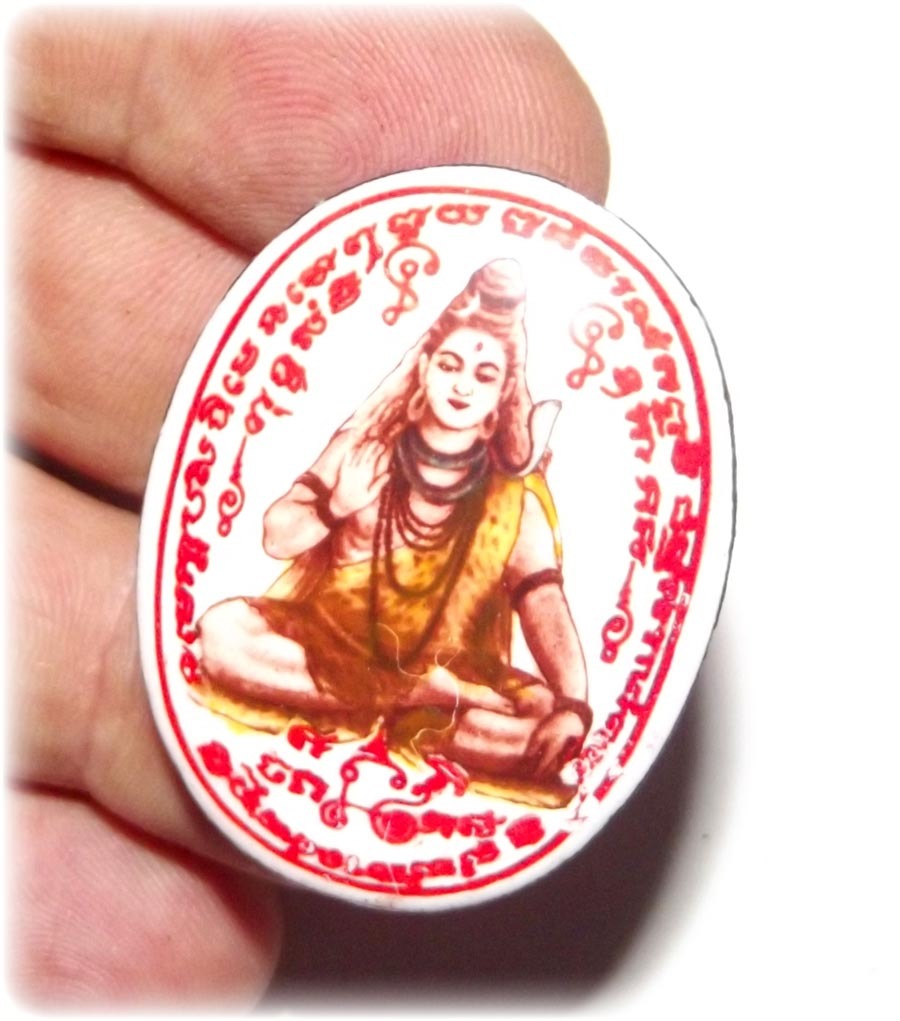 To Bucha Pra Isworn (Shiva) you must always Chant the Kata for making Bucha to Pra Pikanes (Ganesha) beforehand. 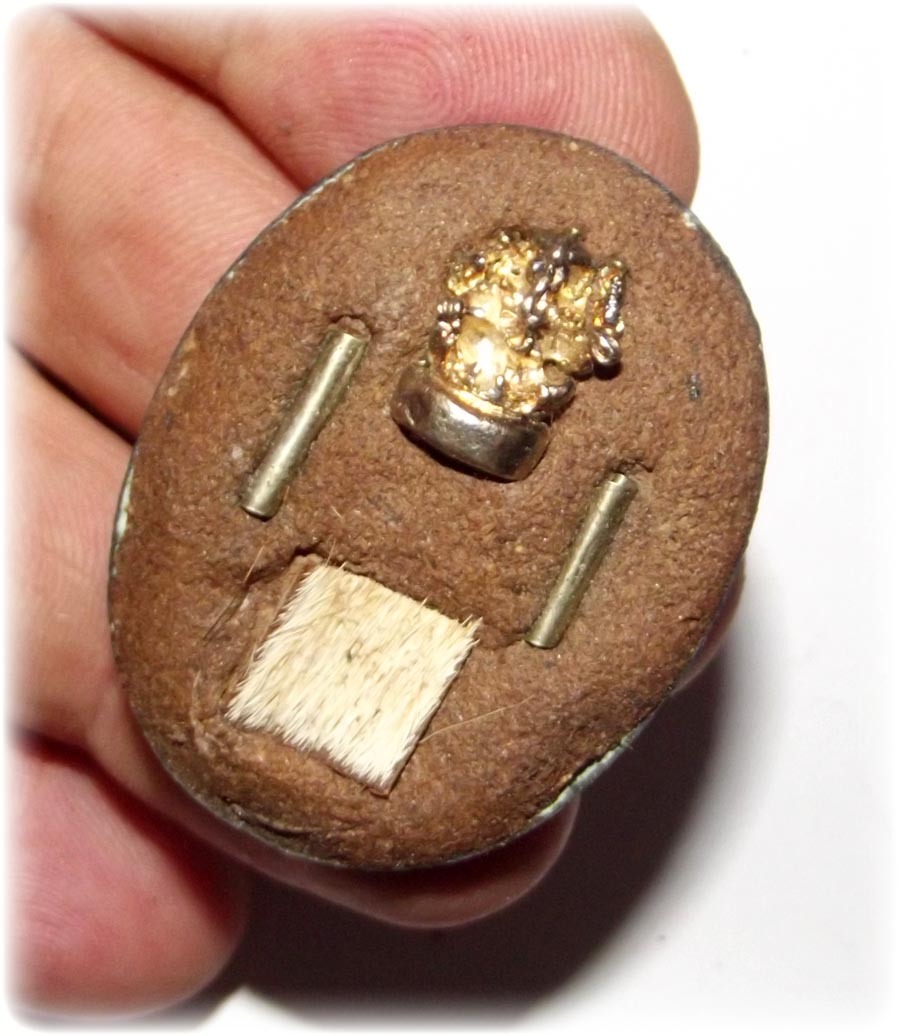 Please read the information in the following link about how to Bucha Pra Isworn (Shiva) as the Maha Deva of the Hindu Trinity (Trimurti when united).

How to Pray to, and make offerings to, arrange altar etc for Lord Shiva Maha Deva 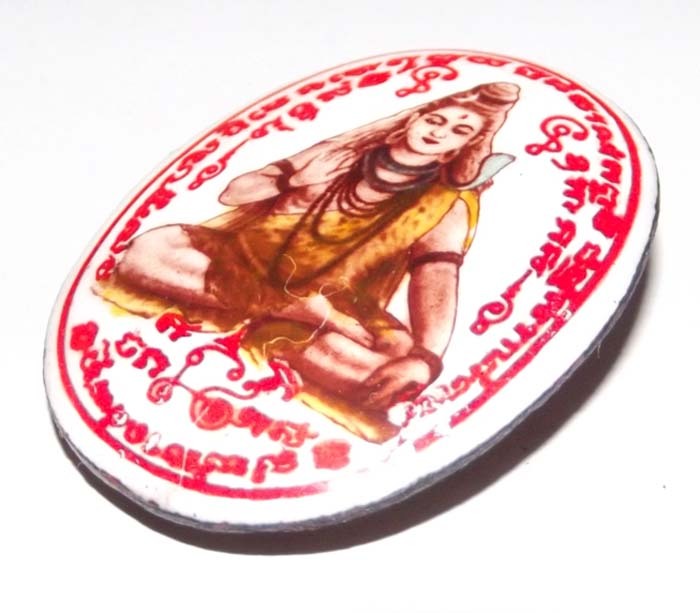 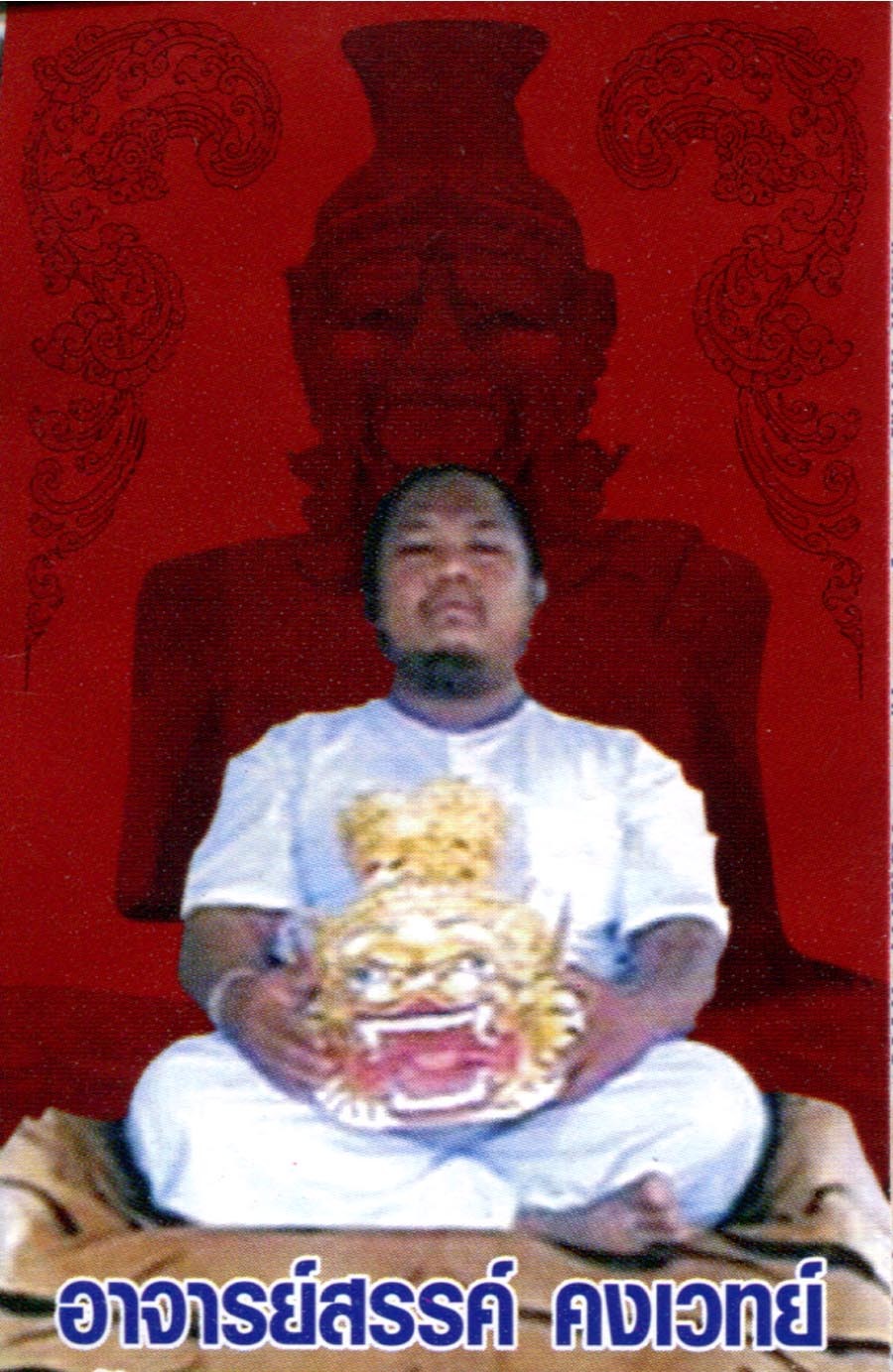 Offerings if Bucha Shiva as a Ruesi;

5 types of fruits, a glass of water, 9 Incense sticks
If possible, Green Coconut (opened to drink), Banana (Nam Wa variety if possible) should be included in the 5 fruits. Do not use Star Fruit or Mangosteen.