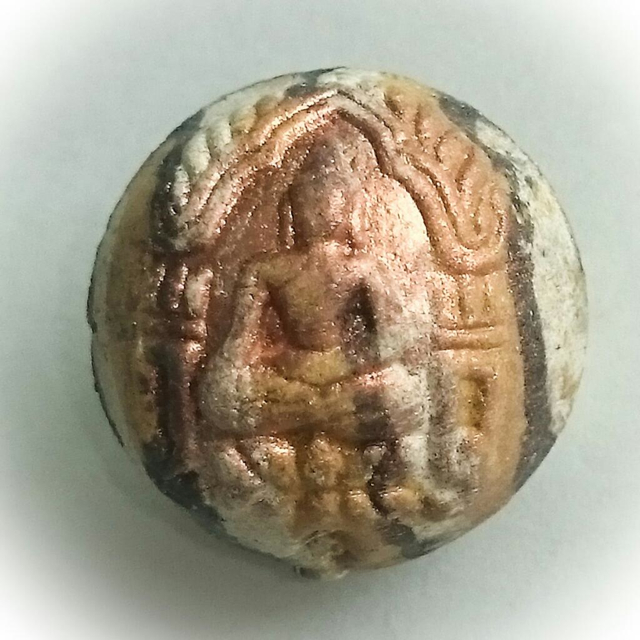 Look Om Kun Phaen Prai Taep - Magic Wishing Ball made from a Very Special Admixture of Sacred Powders, with Takrut spell insert from Kroo Ba Chaya Batapi. The Look Om is made from 'Nuea Gon Krok' . Only 999 Look Om were made in Nuea Gon Krok.

'Gon Krok', is a multi-colored Sacred Powder Muan Sarn made by mixing the different powders together loosely without letting them all mix into one colour. The different Muan Sarn powders are derived from different Amulets of Great Esteem, Sacred and Historical Value, which were donated by sponsors of this Master, and his plan to finish the current building project. 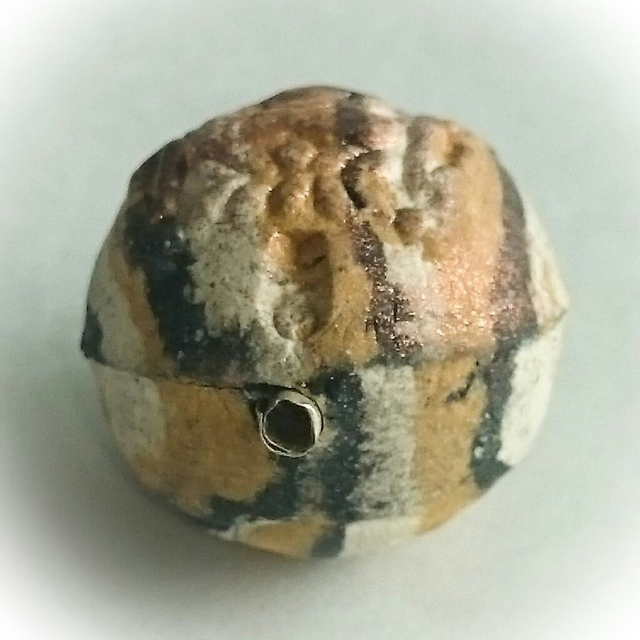 The Look Om are composed of the finest mixture of Sacred Powders one could wish for or even dream of, and are invoked with spirit of Pra Khun Phaen, and empowered with the according Wicha, with insertion of the Takrut Hua Jai Pra Khun Phaen within the powder ball. 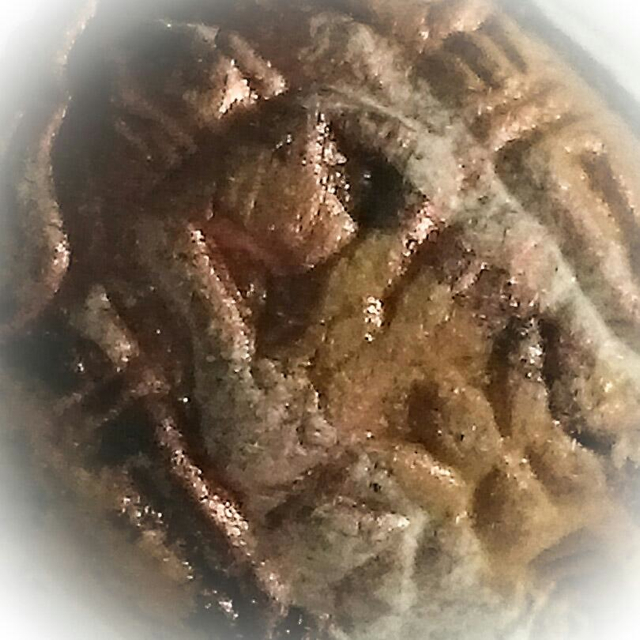 These Sacred Look Om Powder Balls are very special in the fact that they contain Sacred Muan Sarn Powders of Legendary Proportions, donated by a group of famous Amulet Experts of National fame, and also by some World Famous Ordained Master Monks. These included; 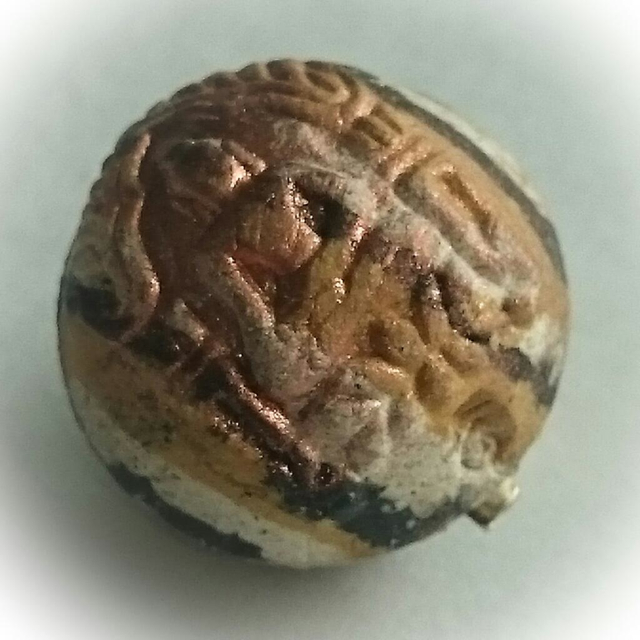 The other powders used were taken from Sacred Herbal Wan 108 Mixtures, mixed with Metta Oils, and other secret ingredients, and then pressed into these Look Om.

Bucha should be performed by first Chanting the Maha Namasakara in reverence to the Lord Buddha and the Triple Gem.

Then you can add whichever other Buddhist Prayers you wish (adding any Buddhist Prayer Chanting to any Kata Chanting session can never damage, and will only increase the power and results). You can always add the option of using the Kata Aaraatanaa Pra Krueang to beseech the Triple Gem for Blessings through the Look Om; 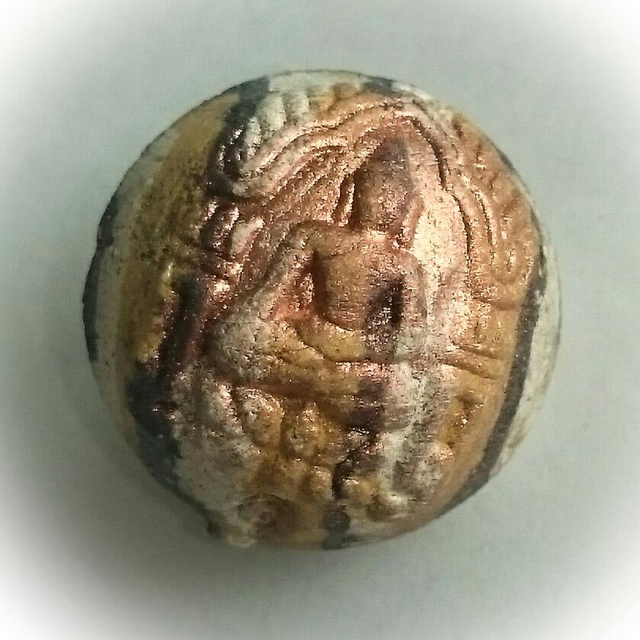 The ball has the image of a Buddha sat in the Mara Wichai posture (defeating Mara), surrounded by a 'Ruean Gaew' (crystalline arch). This is the classic Buddha Image used in the ancient Ban Krang amulets which became so popularly known as 'Pra Khun Phaen' Ban Krang.

Why the Ban Krang Buddha is called 'Khun Phaen'

The image is indeed not an image of Khun Phaen, but is an image of a Buddha. The reason the Khun Phaen Ban Krang amulet became famously known as 'Khun Phaen' was because the temple in Supannburi where the amulets were found is related to the Khun Phaen Legends, and the fact that people who wore this amulet had massive success in love and business, they gave the name 'Khun Phaen' fo the amulet, because it brought the same charm and business success that was said to have been possessed by Khun Phaen himself. 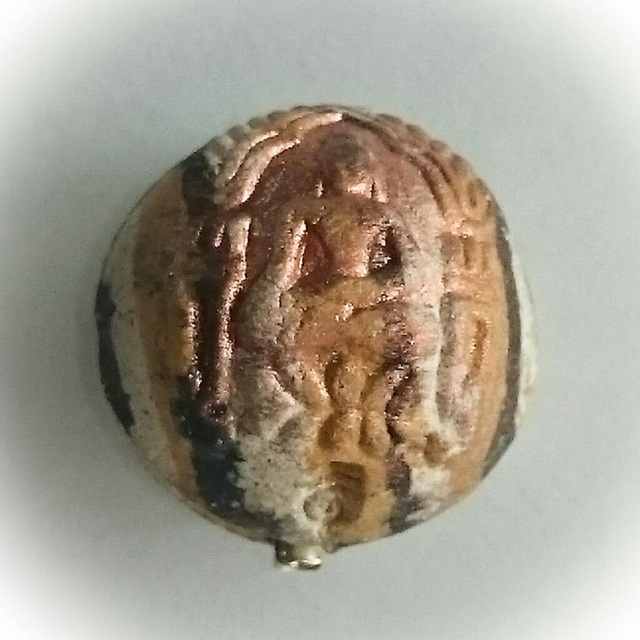 We can deduce then from this, that the Image is indeed a Buddha, but that it is given the name 'Khun Phaen' because this kind of Wicha with Buddha Image tends to bring the same luck in love and business, as was enjoyed by Pra Khun Phaen himself in the Khun Chang-Khun Phaen legends. 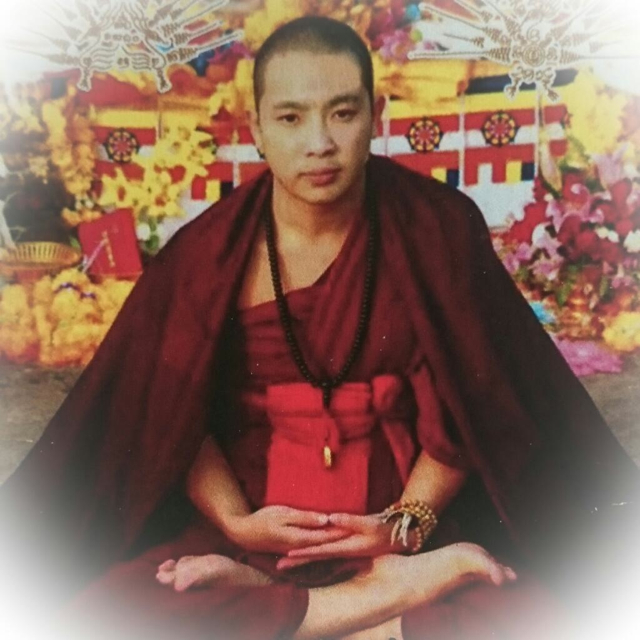 Kroo Ba Chaya Batapi Chayaradtana Jidto, of Sathaan Tam Doi Duang Gaew Sappanyu, in Wiang Ga Hlong, Chiang Rai, is a Bhikkhu in the Northern Lanna Tradition, who despite his young age, is highly respected for his charitable works and efforts to restore and improve the Temple facilities. 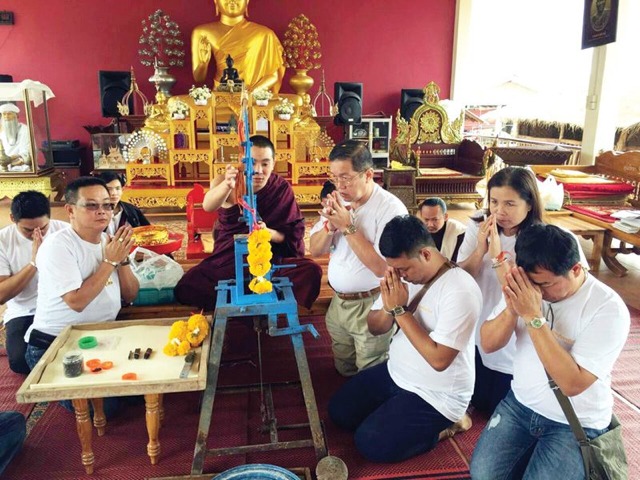 He studied Wicha Saiyasart Lanna from his Mentor Kroo Ba Inda of Wat Wang Tong, and is one of the important new generation of Younger Masters who are continuing and safely preserving the Lineage Mastery of the Lanna Wicha Saiyasart, but continuing to produce and empower these rare and slowly disappearing Wicha. 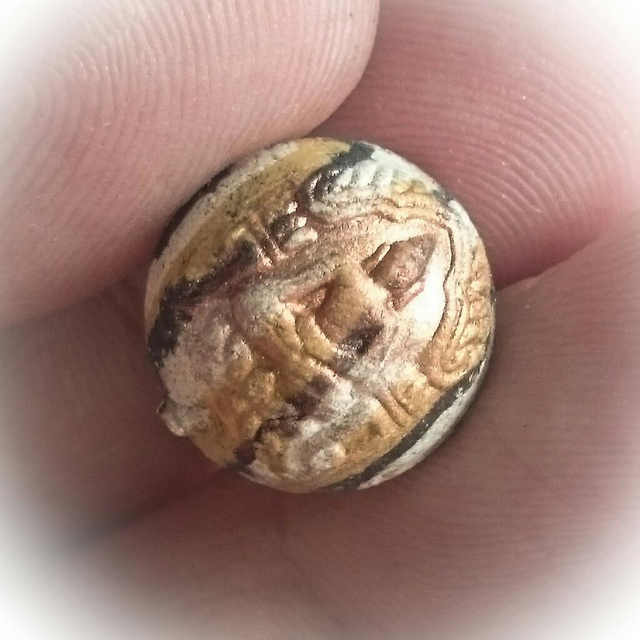 Many of the Ancient Wicha and specific spells and amulets, are in danger of being lost to History, because so few Masters are preserving the Ancient Ways and many are turning to using new Gimmicks and Inventing newer forms of Sacred Imagery based n Modern tastes. For this reason, Kroo Ba Chaya Batapi is playing an important role in preserving the Ancient Methods of amulet making and empowerment. 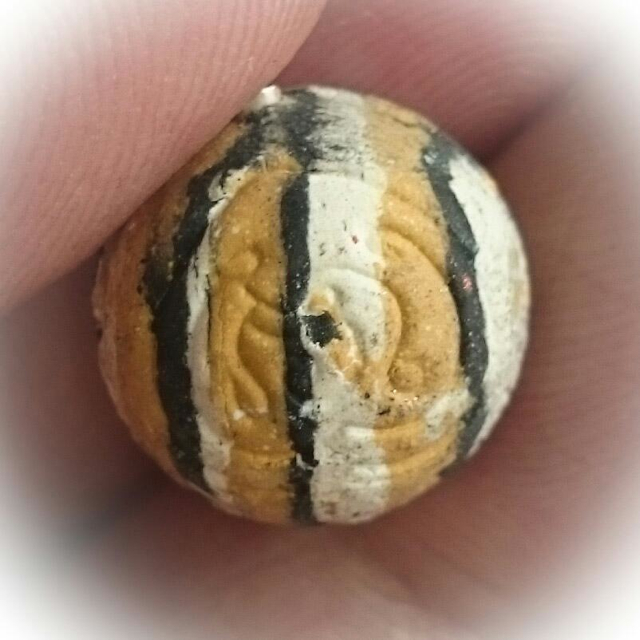 This edition of amulets was made to raise funds to help finish the work on building the Sala Kuti Songk building for the Sangha (Monks) to have more accommodation, because the funds ran out before the construction was completed, and more funds are necessary to finish the construction. 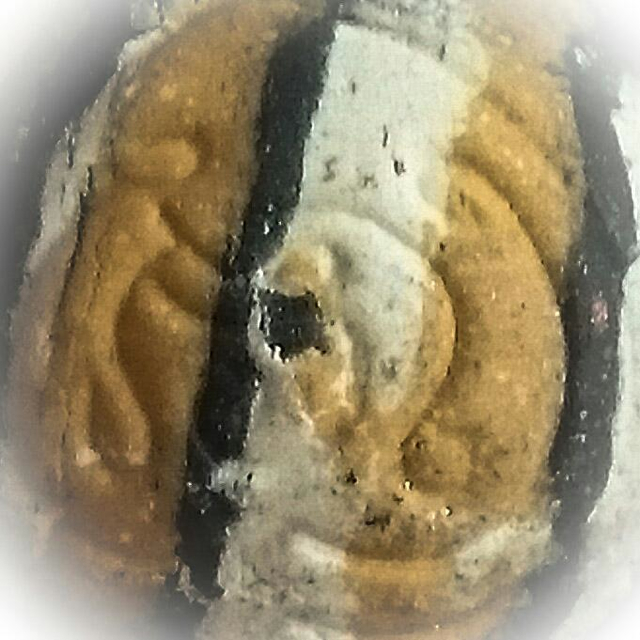 Various Amulets were released in this 2558 BE Prai Taep Chodti Ananda Edition; 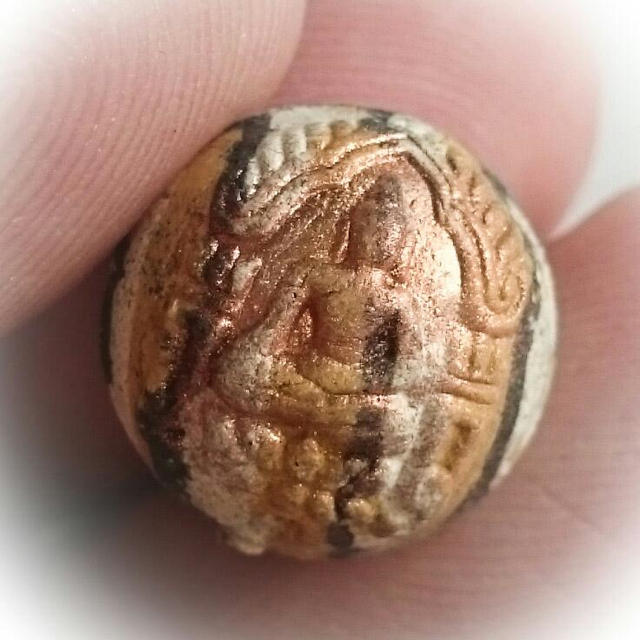