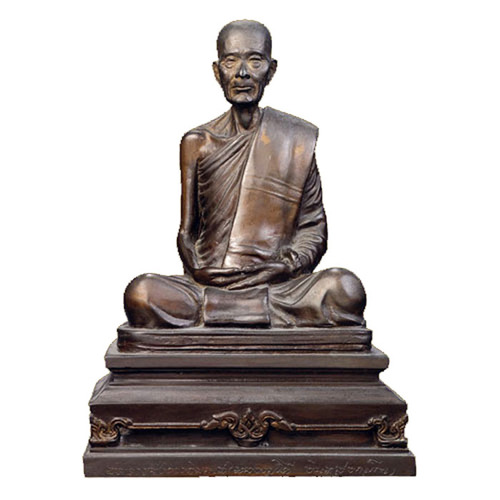 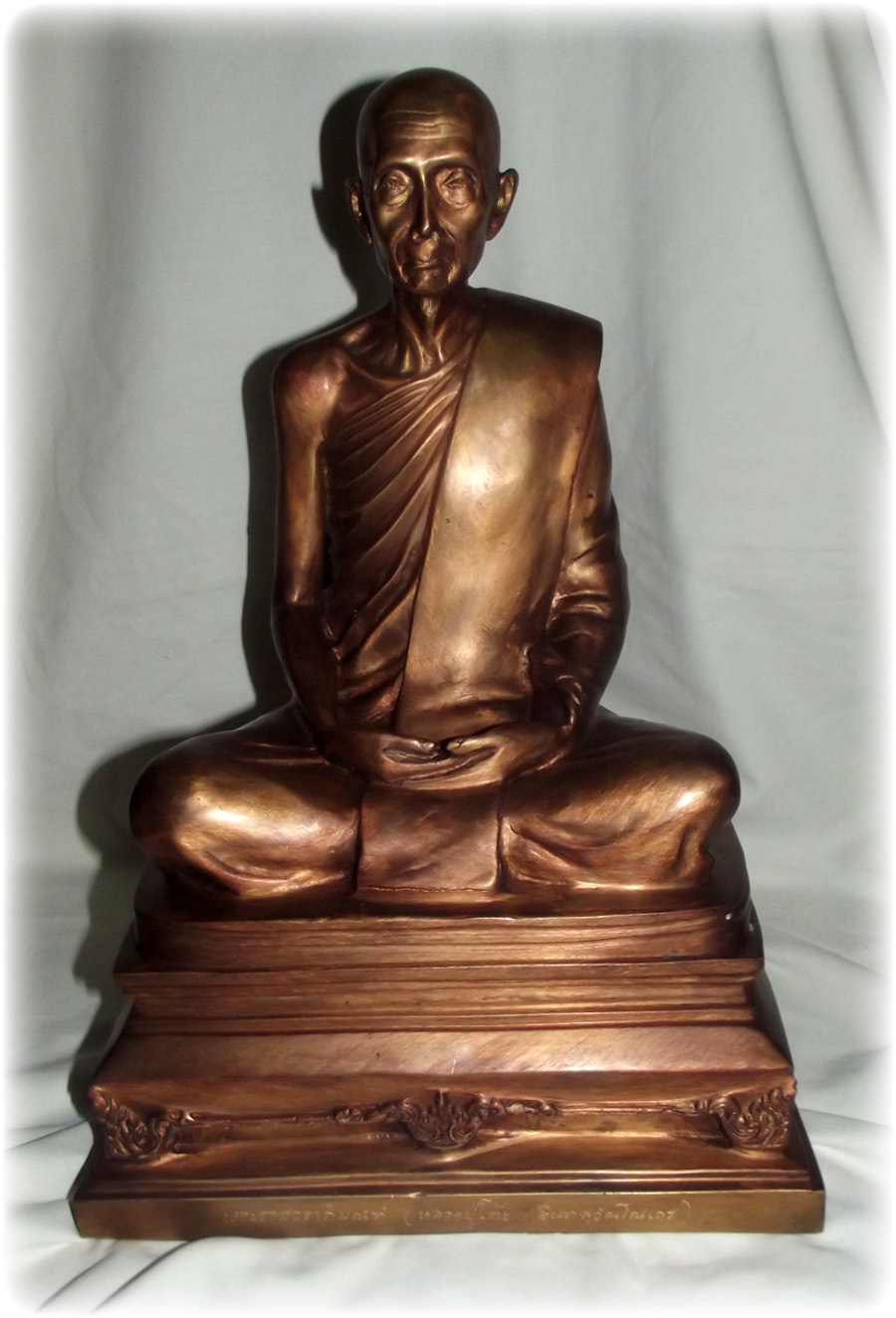 We decided that the most important item for us to attempt to obtain for those of you who are devotees of LP To and are inclined to be as impressed and inspired by this edition as we are in Thailand, was the Bucha statue if Luang Phu To, wghich is a replica design of the Original First edition Luang Phu To Bucha statue ever made during his Lifetime. 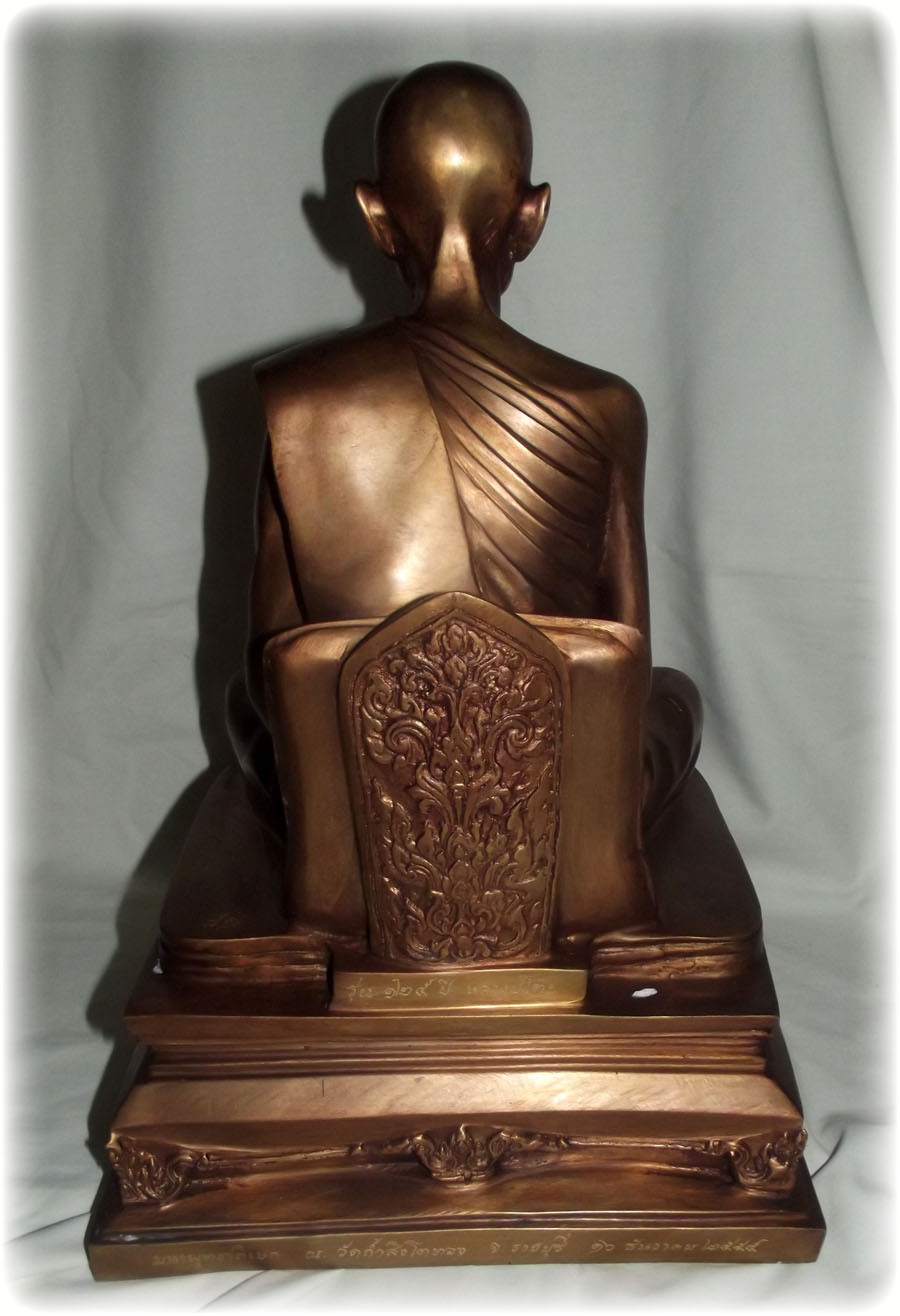 The statue is cast in exactly the same style and quality, and will last generations and increase in beauty with the passage of time. 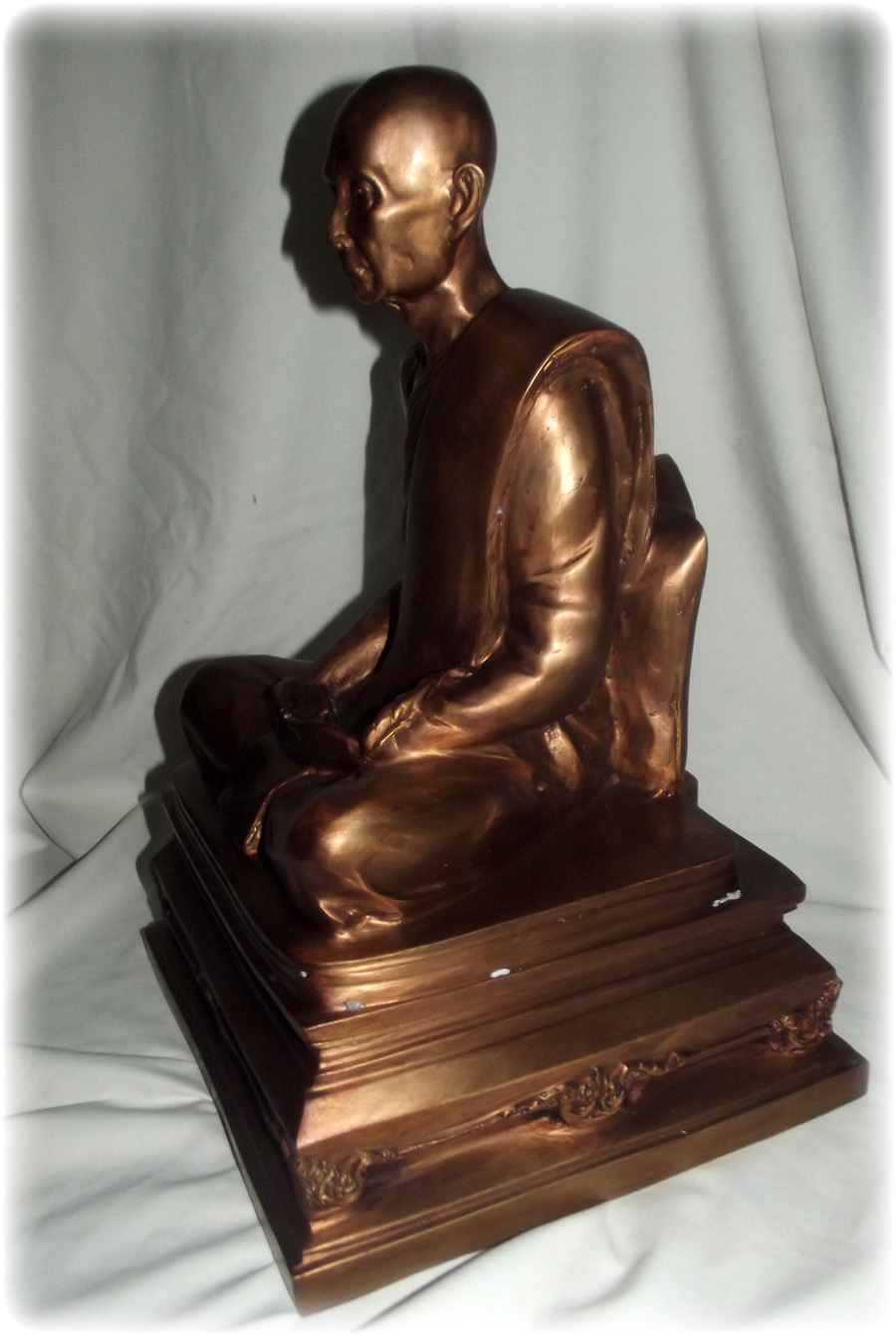 This occurs as its surface color and texture ages with atmospheric changes, and becomes as much of a Classic as the Original 2524 Bucha statue. With a Nine Inch wide Knee span, the Base is over Ten inches wide and deep, with circa 15 Inches High Image from the bottom of base to top of head. 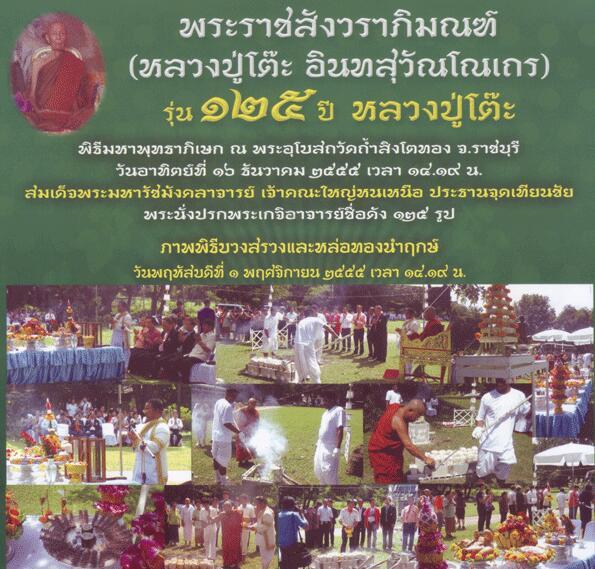 Only 125 Statues were made, for the 125th Anniversary Edition

The base itself is filled with Sacred Puttakun Powders, and has a Rian Roop Khai Monk Coin with the Image of LP To from this edition inserted. 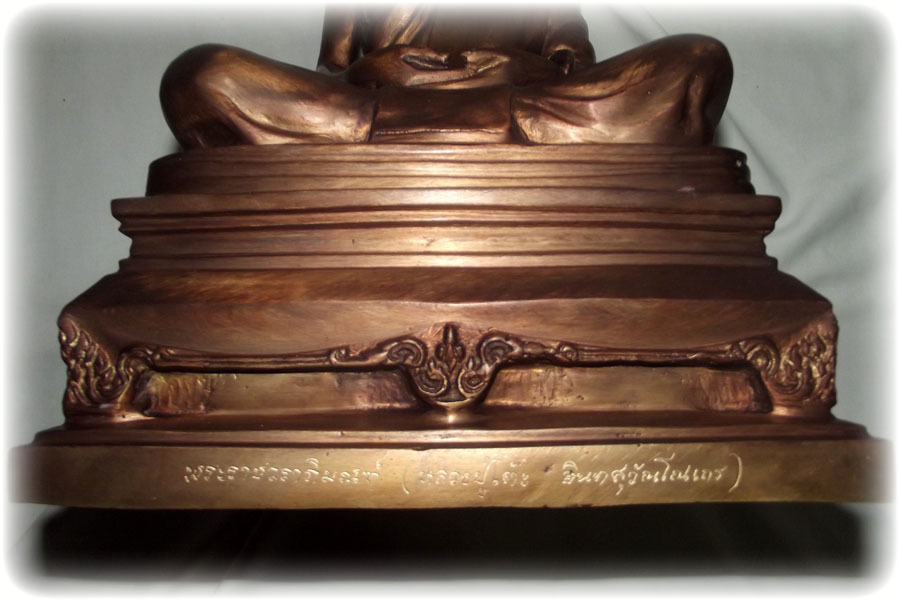 Luang Phu To was a Great Monk whose practice was said to be very full of Grace and Auspicious Merit, Generosity and Purity, Diligence and Effort. Thai Buddhist People have Great Faith In Luang Phu To, and many different models of his amulets are found amongst those in the list of Miracle Amulets of Great Fame. 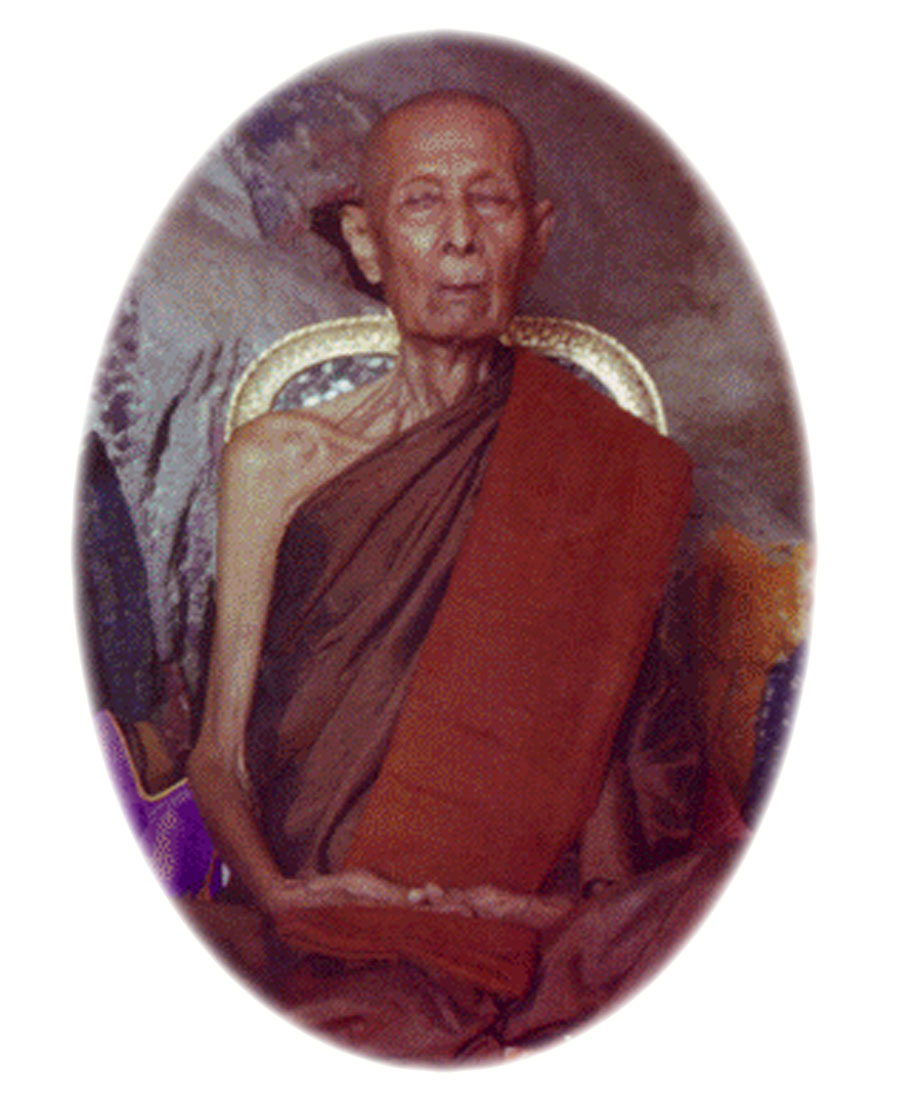 His amulets are amongst the most sought after of the 'Chan Yord Niyom' Category (Top Class High End Collector Class Amulets, only accessible to the most Wealthy Collector). 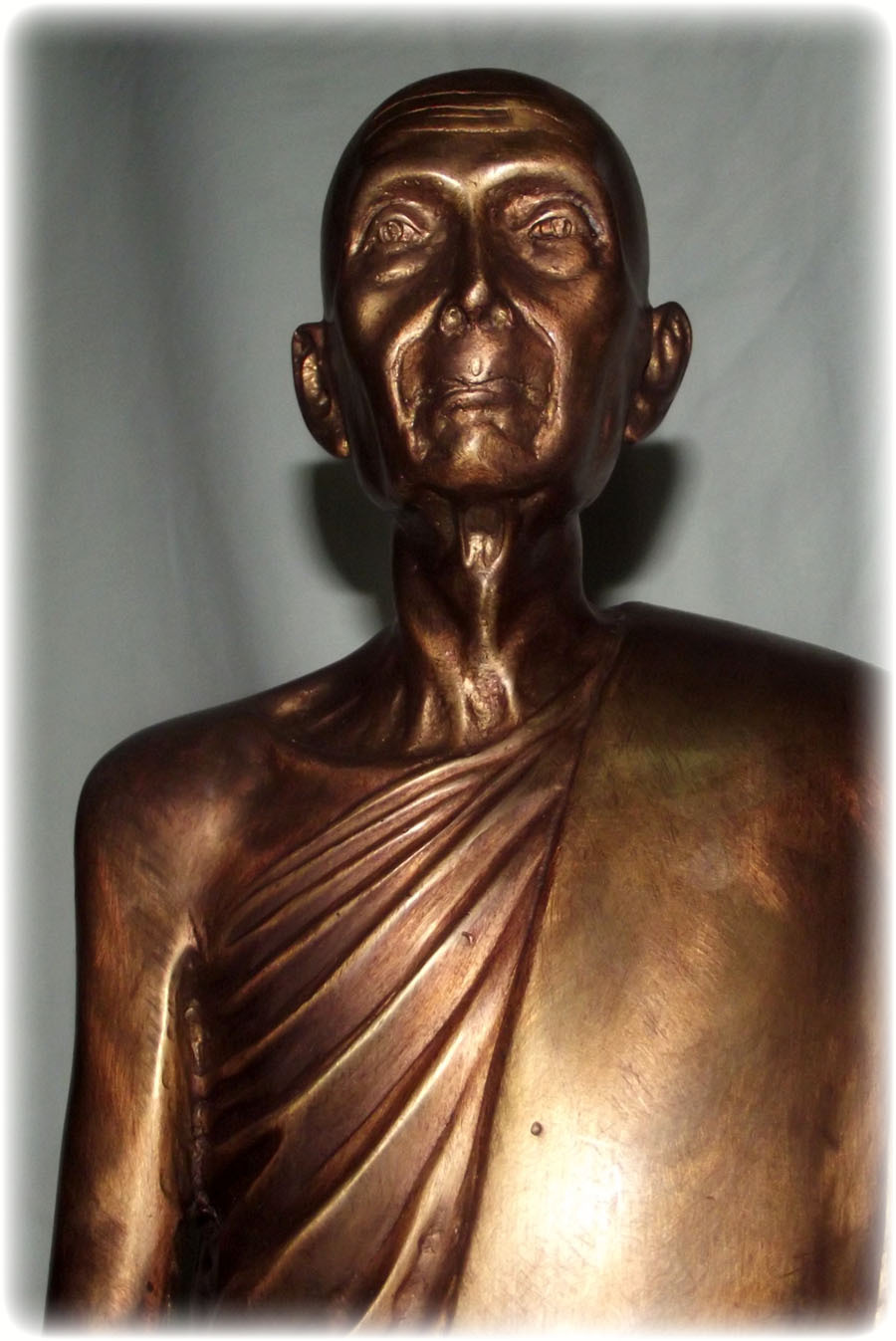 The Pra Pid ta Hlang Yant Na Boran is perhaps one of the top 5 sought after amulets of all Thai Amulets, The Rian Pat Yod Boran, The Rian Roop Khai Boran, and of course the small round 'Rian Lor Meg' amulet. 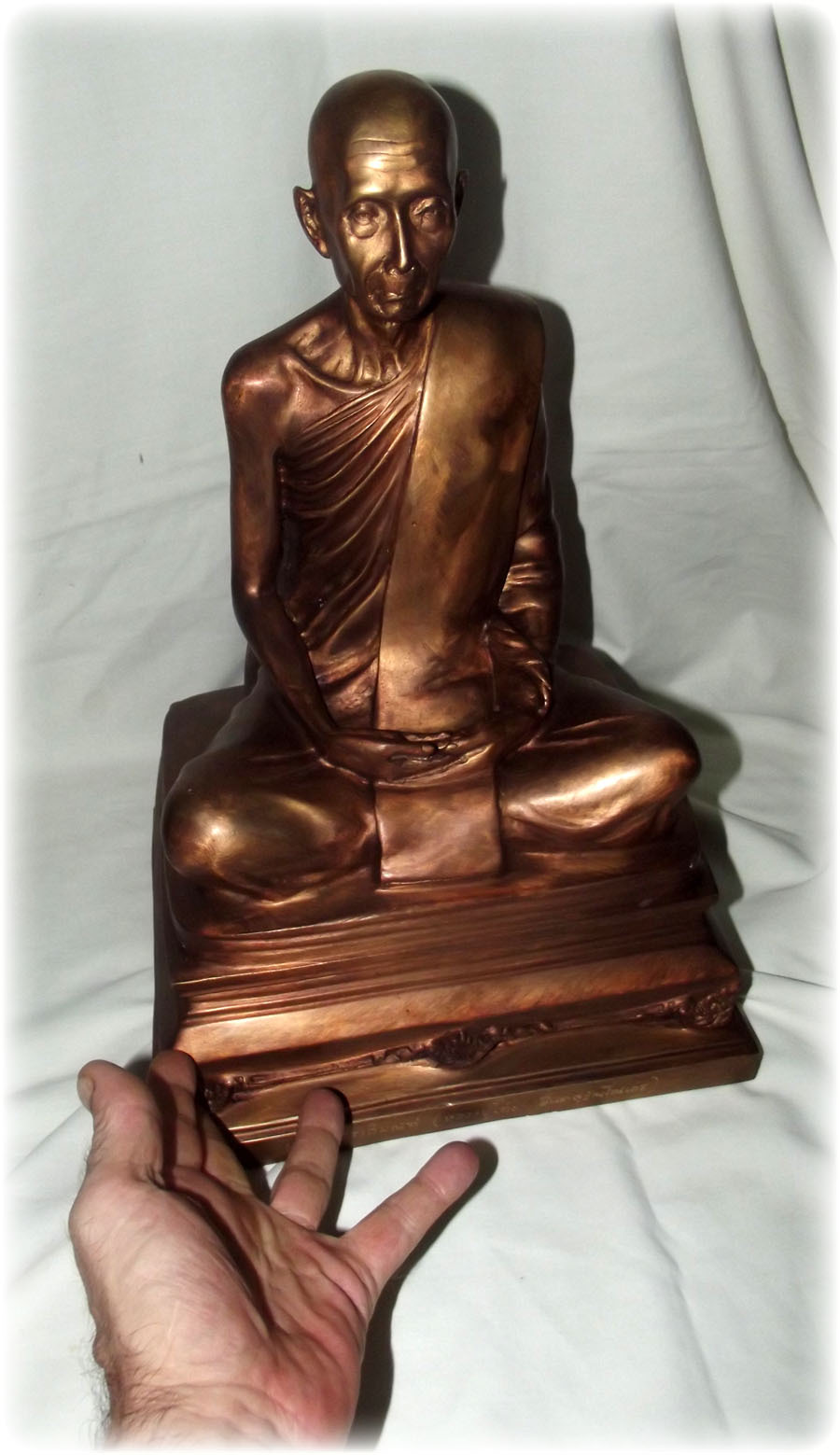 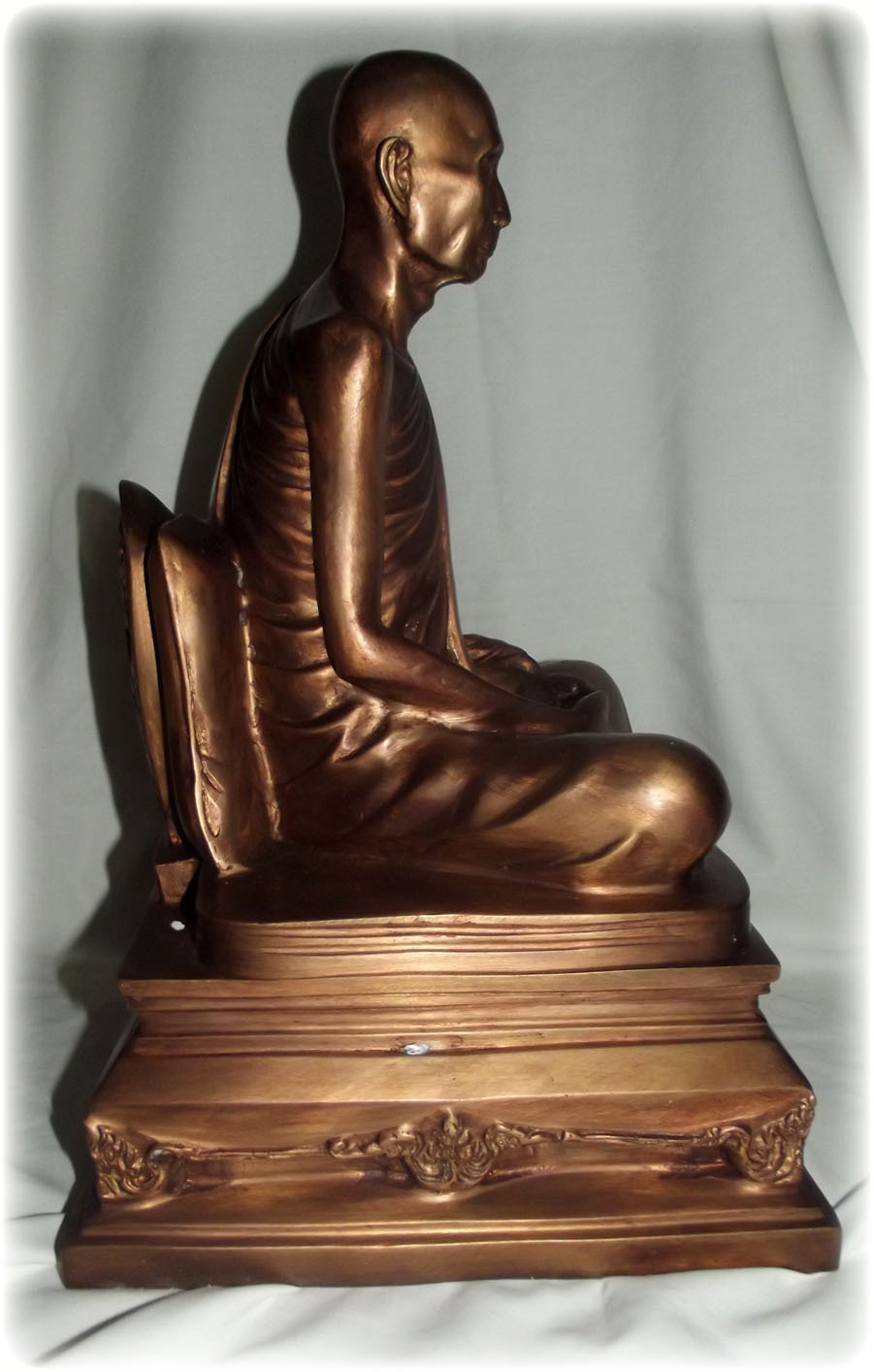 125 Monks were present to Chant the Buccha Abhiseka and Bless this 125th Anniversary Edition range of statues and amulets.

We hope it finds the owner who will be a true devotee, and evere and enjoy this Bucha Image as is fitting for such a Sacred Image of this calibre. 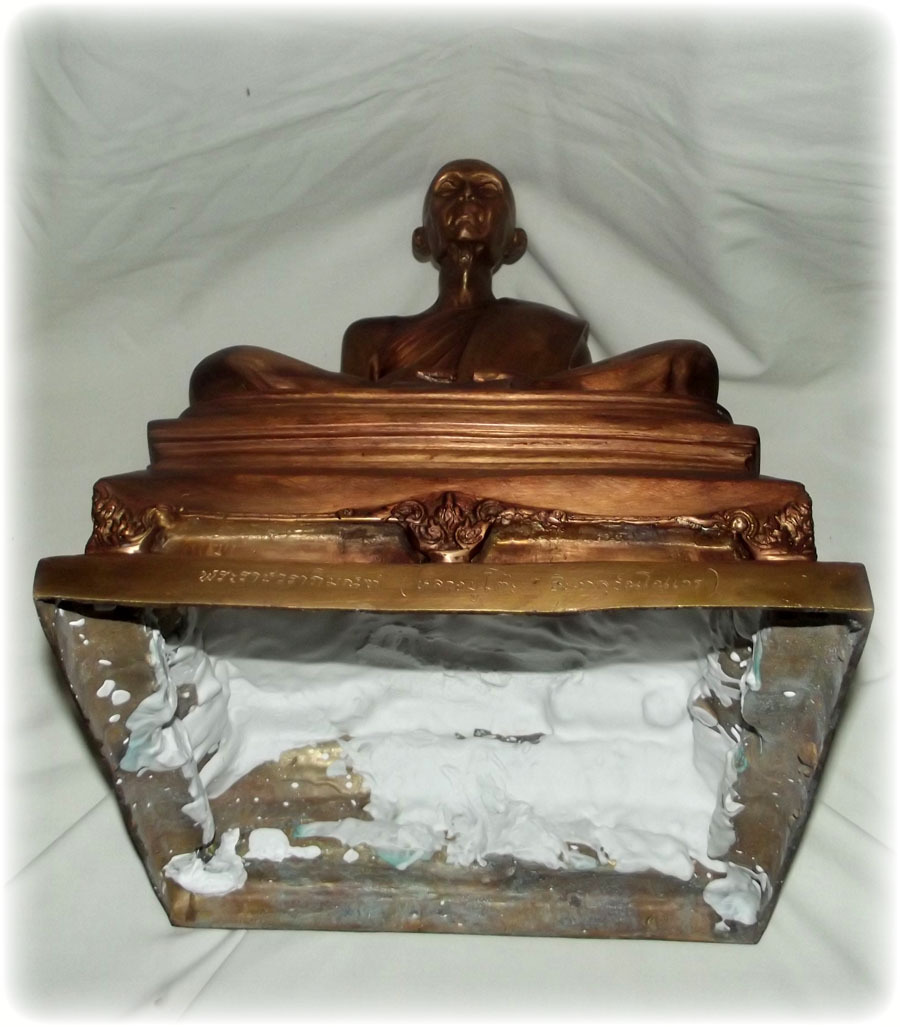