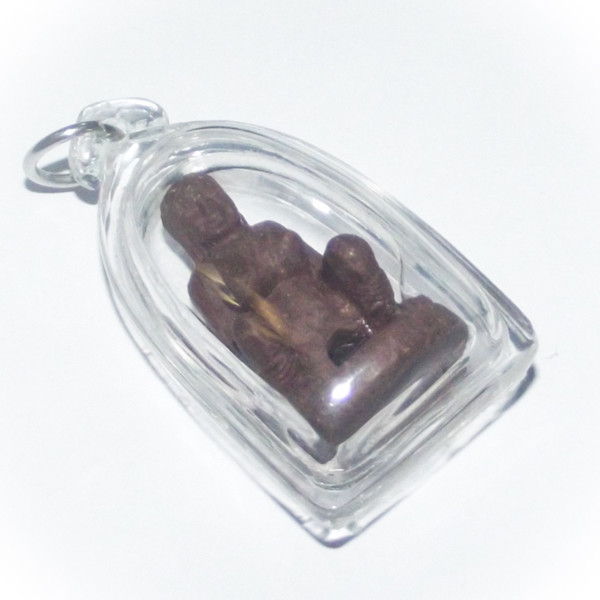 The Famous and Truly Necromantic Mae Tong Soi Prai Deity from Ajarn Wara's 2548 BE Batch, immersed in Nam Man Dork Tong Aathan charm oil from Ajarn Wara's famous first ever batch of Prai Oil. This version is the 'Ongk Kroo' Masterpiece Special version with a piece of Dork Tong flower attached. This amulet was made three different versions, two of the three versions being immersed in Prai Oils in Ongk Kroo Pim A, with Chin Aathan Mortal Remains, and Ongk Kroo Pim B, with slightly larger numbers, without Chin Aathan attached, but with a piece of the rare Golden Dork Tong flower,.

Lastly, they were made in these Pim C dry versions, without Prai Oils, for a slightly lower price, but with the same Powerful Muan Sarn Powders and Empowerments. The absence of the Mortal Remains bone carving (Chin Aathan) has enabled Ajarn Wara to offer the same powerful Necromancy to those with a lower budget, for indeed, we are dealing with a line of amulets that belongs to the most highly acclaimed and exclusive variety.

The Golden Dork Tong herbal flower is seen to be an extremely powerful Maha Sanaeh attraction herb with a Magickal Deva entity inhabiting the plant. The Dork Tong flower is so rare to fin, and only renders one single flower per year, if at all. It is hence doubly difficult to encounter such a flower, due to the fact that the plant itself is so rare as to be rarely found, and then, to find it in flower before it dies, requires not only immense luck, but also perfect timing. 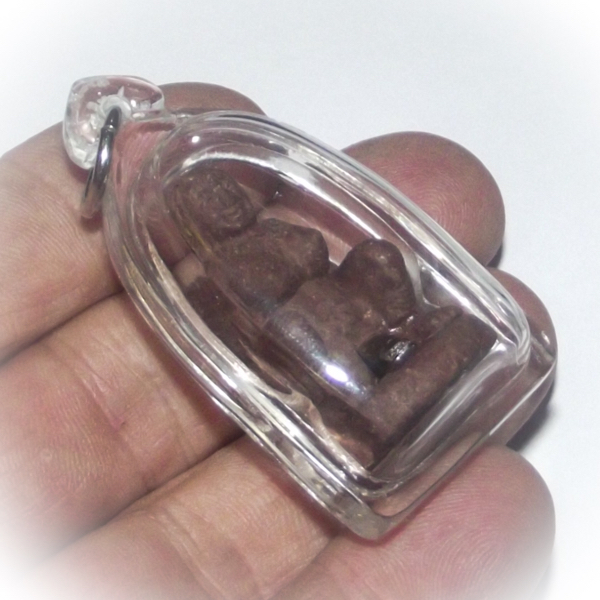 The necromantic Prai Powders of the Mae Bper from Ajarn Wara, are an extremely powerful Muan sarn of Necrmantic Bone powders, funeral earths and ashes, mixed wirh Prai Oils and Rare Magickal ingredients. This amulet is a very good last resort, for when your other amulets dont seem to be able to emanate their powers properly, and do their work properly and your personal Karma is making it difficult for them to help. The Necromantic Power of the Mae Tong Soi (Mae Bper), will douse out the inauspicious Karmic factors, so that the Prai Oils and the Deity of the Mae Tong Soi (Mae Bper) can do its work unhindered. 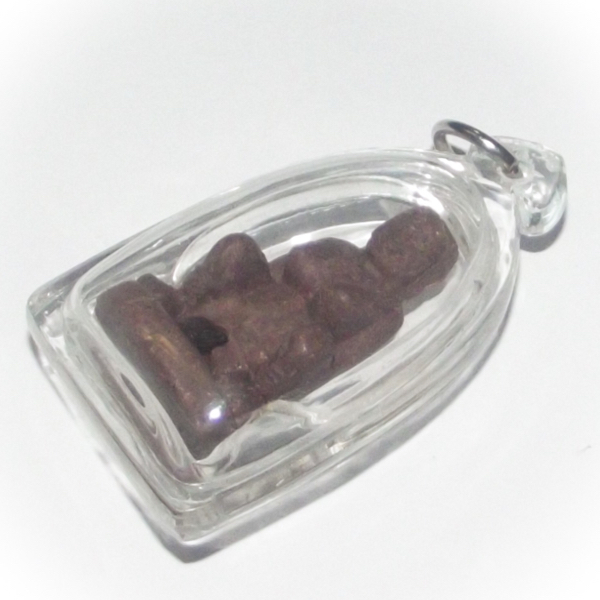 If a person does not have these obstacles blocking their way with amulets, then the Mae Tong Soi will have a very powerful effect and noticeable fast results, suyperceded only by the Immensely Powerful Ongk Kroo Pim A and B versions in Prai Oils. It condenses and intensifies the potency of the magic. Necromansy, is perhaps one of the most powerful Magical methods for empowering amulets of the Maha Sanaeh variety. Bestowed with the power of the 'Gae Aathan Gan Kunsai' spell, the amulet also protects against black magic, due to its supernatural spirit within the effigy being powerful enough to fend off any black magic influences.

Used in ther Mercantile and Amorous areas of Life. Good for improving selling power, as a love charm or aphrodisiac charm, and for chancing your luck (Gambling or speculating), as well as improving ones luck and fortune in general.

Muan Sarn; Pong Wan Maha Sanaeh and Pong Aathan (sacred powder mix of herbal pollens and Prai 'Hian' powders). 'Hian' Pra spirits means that they are the kind of spirit who possesses extremely powerful supernatural powers, and has a personality which likes to display and show its powers. Devas of the Heavenly variety tend not to display their powers except in the case of extreme necessity of a miracle, which is what makes the Pra and Hian spirit charm amulets extremely popular because of the fact that the Prai Spirit amulets are much more likely to show off their powers for the wearer than for pure Buddhist or Heavenly deity amulets, which tend to not use miracle power for everyday needs, rather for lifesaving or important events in ones life. 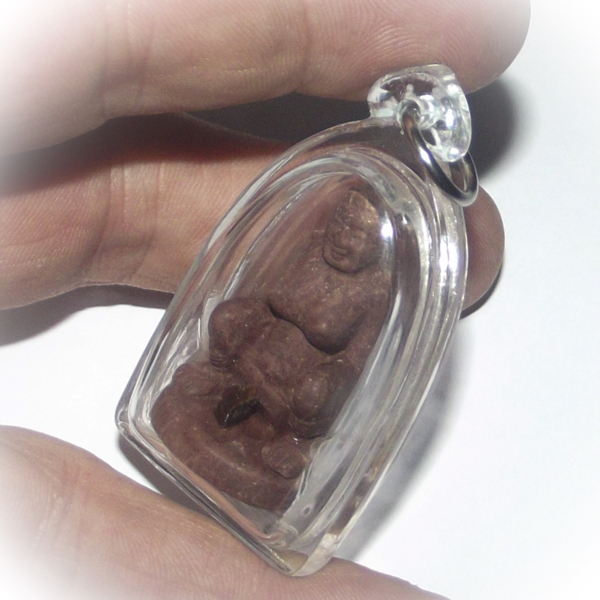 The amulet has recieved animation using the four elements (Hnbun Taat see) and the Nipaana Sutta ad the Akarn 32 kata for bringing an animist effigy to life and inhabiting it with a Deva, or Prai Spirit.

Conditions and instructions for use;
All Prai and Kumarn Tong effigies, amulets and spells from Ajarn Wara do not carry any negative side effects due to the rearing and connecting with a Prai Spirit, because all the spirits which have inhabited the amulets were called up and asked if they were completely willing to enter the effigies and accumulate merits together with the Devotee of the Buddha who wears the amulet.

Kumarn and Prai Devas are eager to get a chance to work with Humans to accumulate merits, because they have a much more increased chanct to accumulate merits in the Human world than in the Deva world, and this is why the symbiosis and mutual agreement between Prai Devas, and Human devotees is possible at all, for if not, a Deva would not normally be attracted to hanging out on this plane of existence at all. None of the Spirits in the amulets are there unwillingly.

The Prai have been animated and given their own individual life by aajarn wara, and even thoght the Master who made them may not be with us anymore, the Prai Spirits can still remain within the amulets, and survive. Even if they are left alone or the owner does not feed the spirit, the Prai can go and feed itself and survive,. If the owner then starts feeding it again, the Prai will return and stay within its effigy again and assist in increasing your luck, love and riches

The Mae Tong Soi amulet was one of Ajarn Wara's most successful and powerful amulets, and also the hardest to find, along with his Phu Jao saming Prai in oil deities, and Phu Jao lockets. His Nam Man Prai (Prai Oils) enjoy the reputation of being one of the top ten Prai Oils in existence. 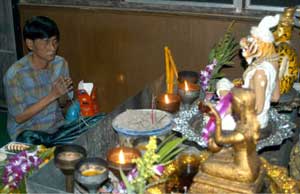