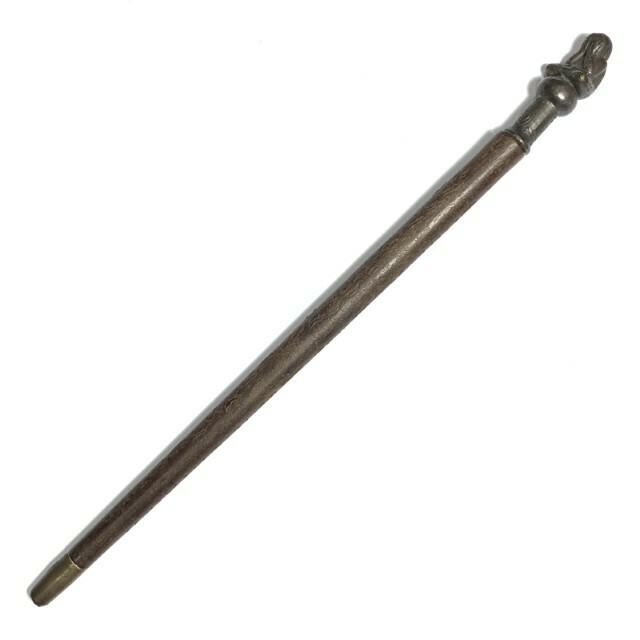 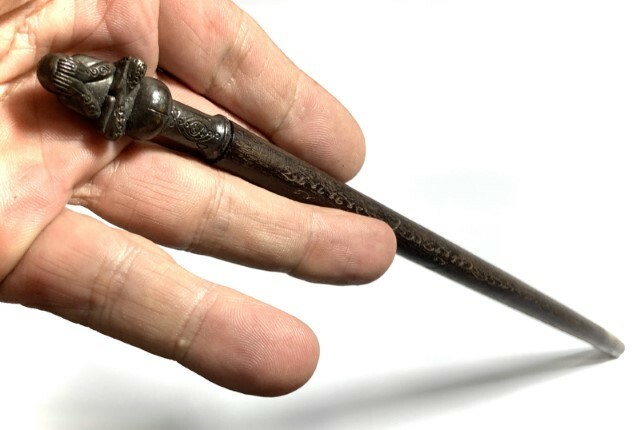 Free Shipping Included per EMS/DHL/FedEx (depending on which sevice is available at time of order). LP Dam's Mai Kroo and amulets have become as favored by both Thais, Malays and Singaporeans (and recently also from Hong Kong and Indonesia much more profusively), as those from his Kroo Ba Ajarn and Mentor, Luang Por Kron, of Wat Bang Sae. 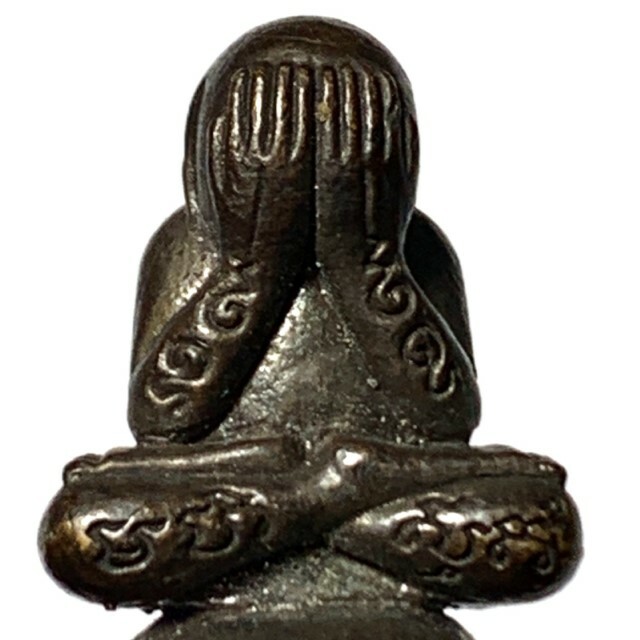 The Mai Kroo was released after a Traimas Rainy season Trimester of Nightly empowerment and the applied Wicha of Luang Por Kron, as stipulated in his Kampir (Book of Shadows/Grimoire of Sorcery), from which nobody has yet uncovered the origins from where Luang Por Kron attained the insights into the Wicha, but it is assumed, that he acquired them through meditatoive voyaging and communication with higher entities on the Cetabhumi Astral Planes, or through Nimitta Vision and communication with Angelic Visitors from the Heavens, to bestow the Wicha, in order to alleviate the material sufferings of, and bring protection to Humans on Earth. 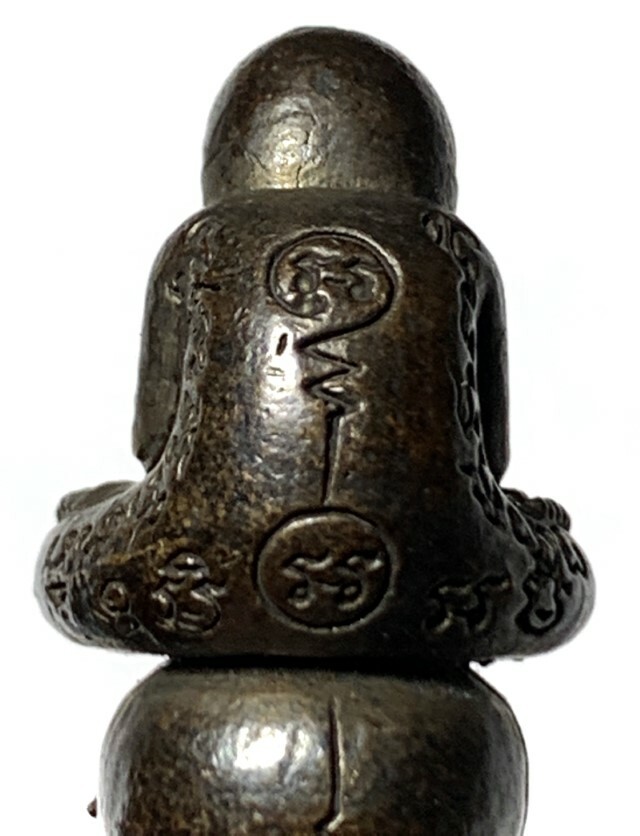 The wooden handle of the wand is made from a Very Rare Sacred Magical Holy Tree, which was lgiven a Bucha Ceremony to ask the Deva of the tree to donate its wooden body for making Wooden Wands with, to help reduce Human Suffering, and thus attain merits for the Deva of the Tree too. Only a very few Wands were made by Luang Por Dam, which are so highly favored, and long since an essential and hard to find rarity, the preference of Malaysian and Indonesian Royalty, and a rare chance to own a Real Sacred Ritual Wand from this great Master of the Wicha of LP Kron. 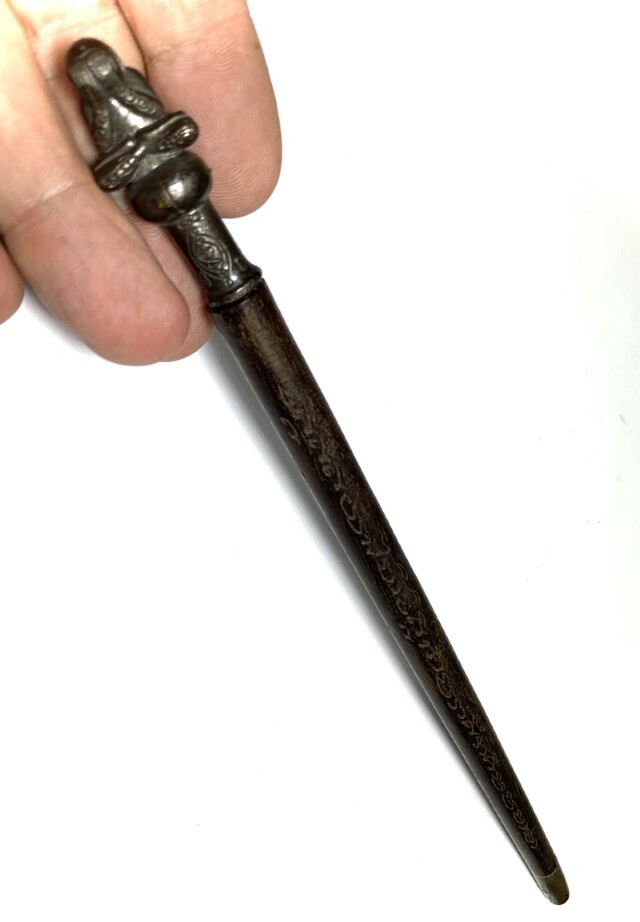 The Wands use the power of the accomplishments of the Lord Buddha for their Miracle Power, and the main principle of their force is to have Devotion, and One Pointed faith in the Buddha, Dhamma and Sangha, and to live within the five precepts. For Adept Sorcerors whose mission is protective magic, it goes without saying how useful such a powerful authentic wand is for one's purposes. 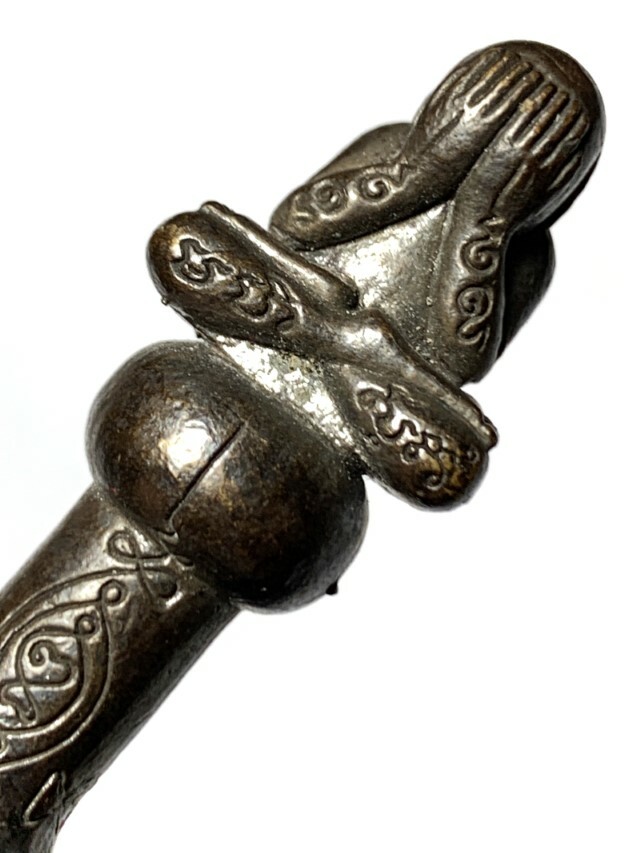 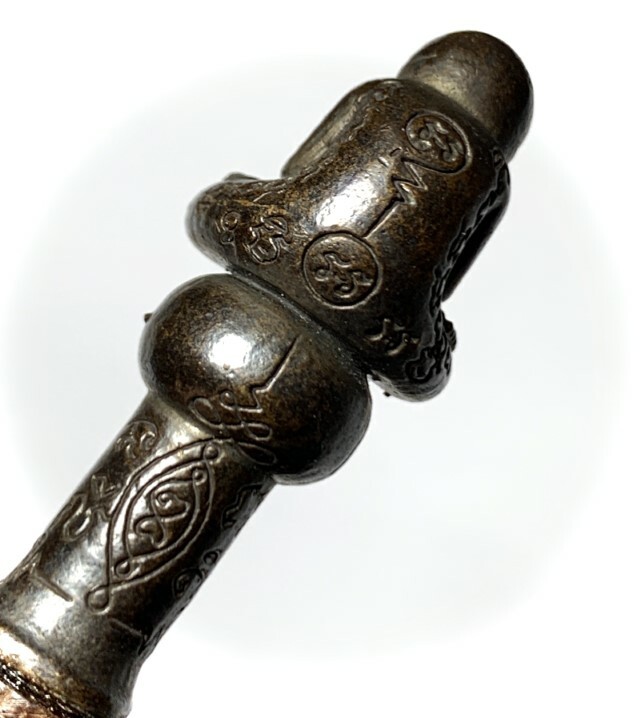 You can use the Wand to make Holy Water too, for spraying devotees, or even your car for protection and evade accidents, or your wares in your store, to increase sales, using the relevant Kata Incantation for each type of Holy Water. Immerse the wand in pure water, in a crystal clear bowl, or a Khan Nam Montr Holy Water Bowl blessed from a temple, and stir clockwise, whilst chanting, and evoking the intention to imbue the water with the spell you intend to embed. 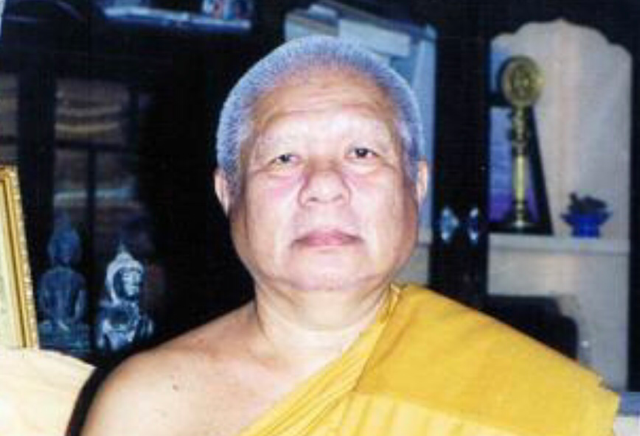 Be it to Banish Dark Magick, Exorcise Ghosts, Bring Luck, Protection, or Auspicious Blessings of Good Health and Long Life, the wand can also be used to transmit Reiki power through using the tip of the wand to circle around the affected area and apply your Reiki channeling powers. 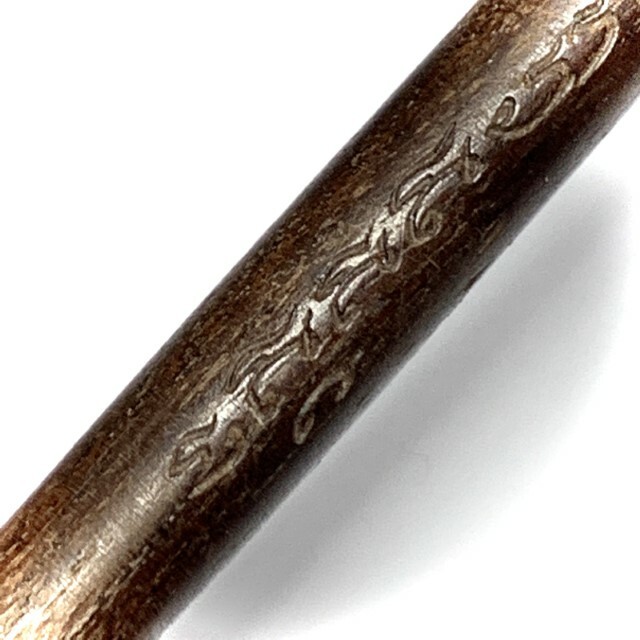 Use Buddhist Method of Bucha 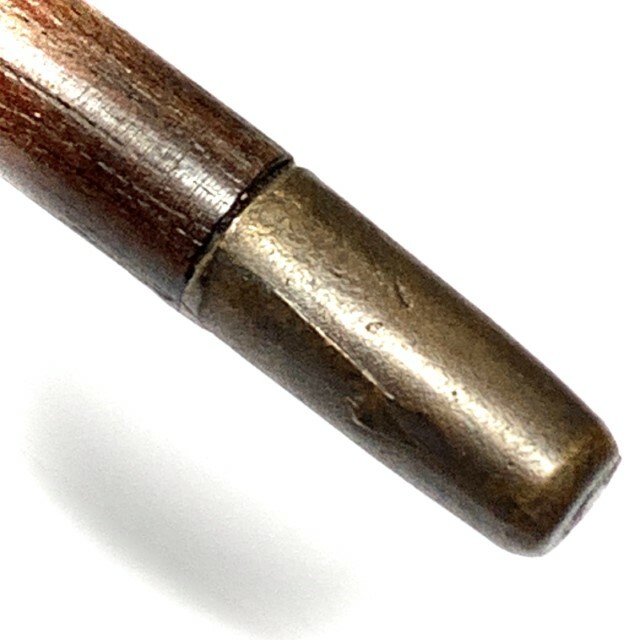 Then use Kata Ārātanā Pra Krueang 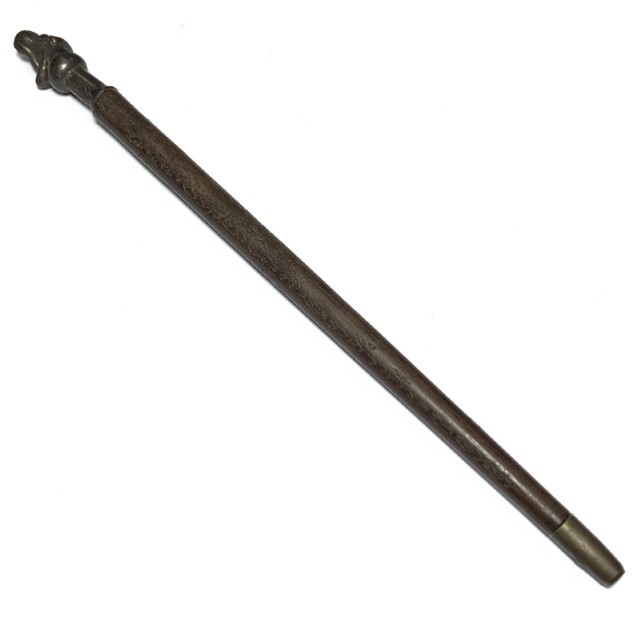 Kata Pra Pid Dta (Buddha covering Eyes/orifices), is one of the most powerful Kata to Chant for increasing Riches as well as protection, reducing sufferings and illnesses and incrementing Happiness and Luck.

The Pra Pid Ta amulet, is considered to be an amulet with ‘Maha Ud’ and ‘Kong Grapan’ power (invincibility and gunstopping power), but is also made as a wealth bringer, in which case, the amulet will be called ‘Pra Pid ta Maha Lap’. In order to inflect a greater resonance for wealth attraction and auspicious blessings, in addition to the Maha Ud and Kong Grapan magic, ancient artisans sometimes would use the image of the Sangkajjaiyana Buddha of riches and happiness, and carve it in the Pid Ta posture. 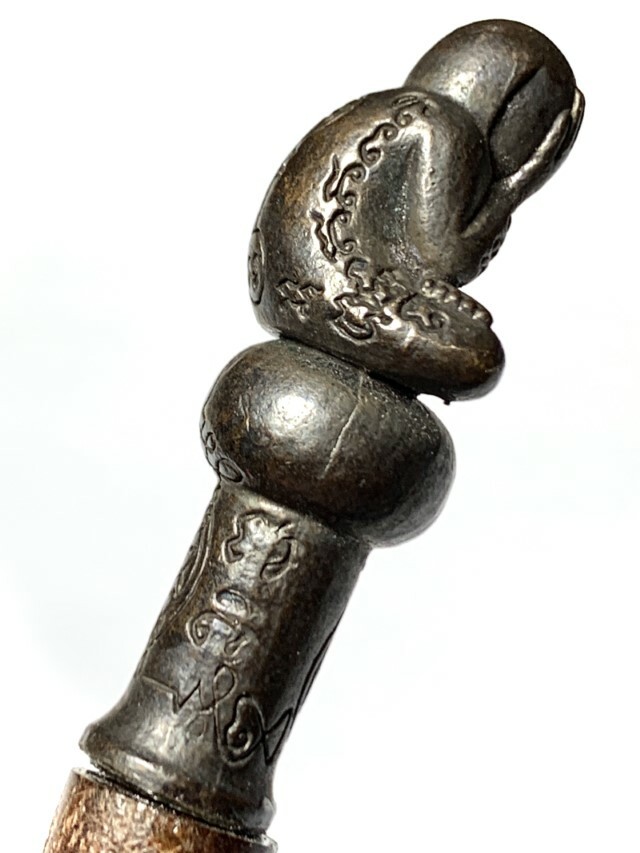 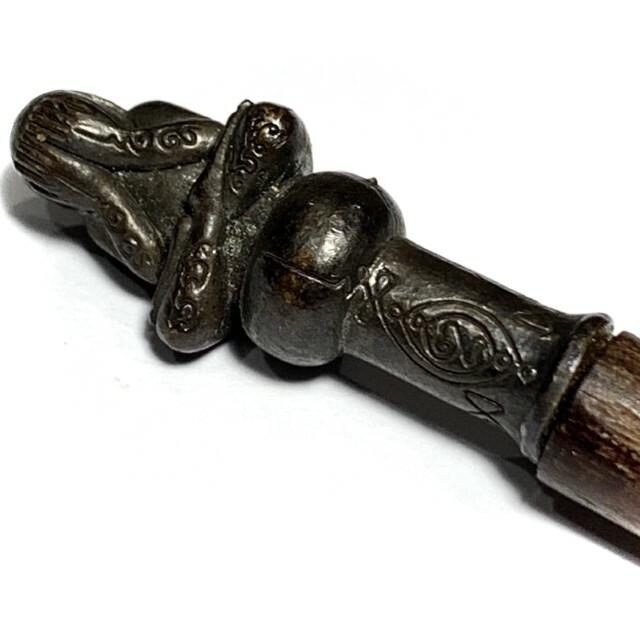 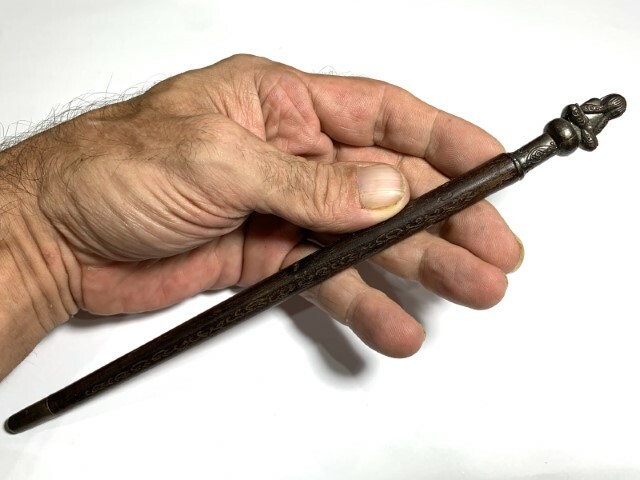 Luang Por Dam Jantasaro, of Wat Mai Nopparam was born on the 15th April 2484 BE, and passed away on 3rd of December 2551 BE. was the Abbot of Wat Mai Nopparam, and the Wicha Inheritance Receiver of the Wicha Mai Kroo and Wicha Pra Pakawambodee (Pra Pid Ta/Pid Tawarn), of the Great Ancient Guru Master Monk, Luang Por Kron, of Wat Bang Sae, whose Pra Pid Ta exchange hands for thousands and tens of thousands of dollars. 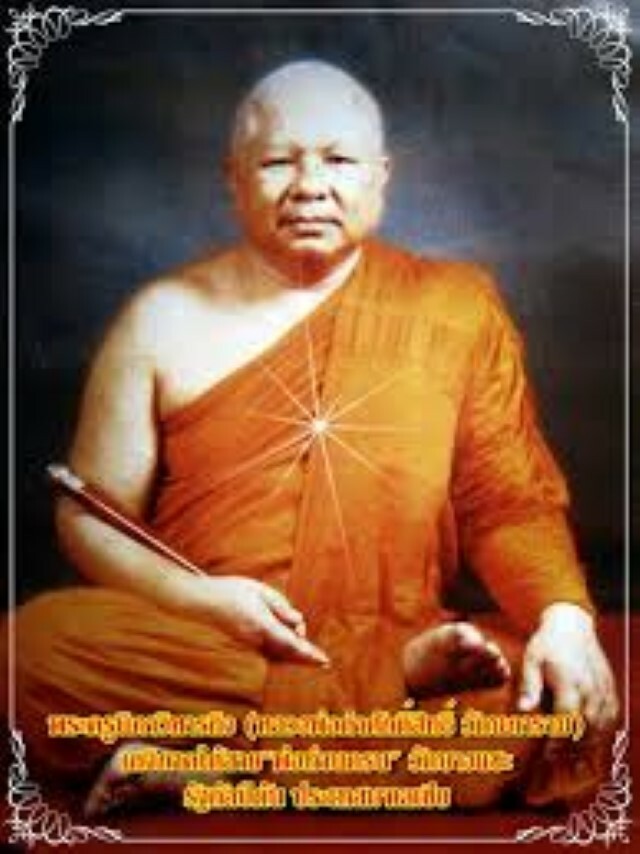 Luang Por Dam and his amulets, are extremely favored and well known around all provinces of Thailand, in Singapore Hong Kong, and Malaysia, who know the amulet for its Maha Ud Gunstopper Powers, as well as its Klaew Klaad Evasion, Commanding Power it Lends to the Owner, Maha Lap Lucky Wealthy Fortune Brining magic, and ability to rid the wearer of Debts and Poverty. 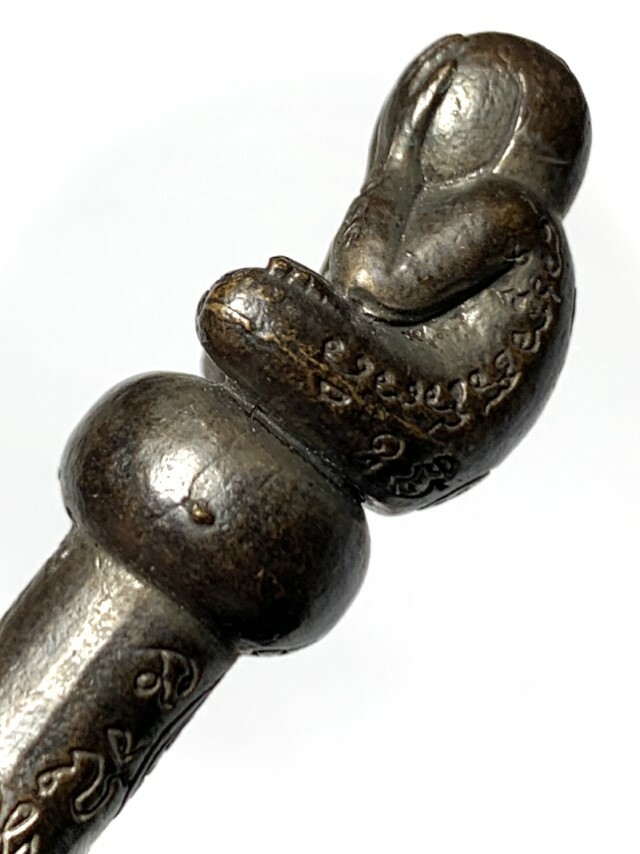 It is known that various Sultans and Kings of Malaysia have worn the Pra Pid Ta and Mai Kroo of LP Kron and LP Dam, after some Malaysian Devotees performed a test of Kong Grapan on the amulets, and guns refused to fire. This became national news, proving that LP Dam had mastered the Wicha of LP Kron, and even the Royal Class became believers, and wore the amulets, and used the Mai Kroo for Magical Protection and Continued Success and Rulership. 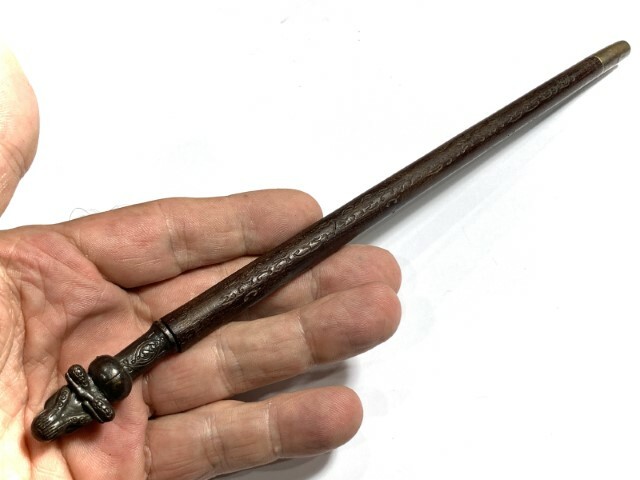 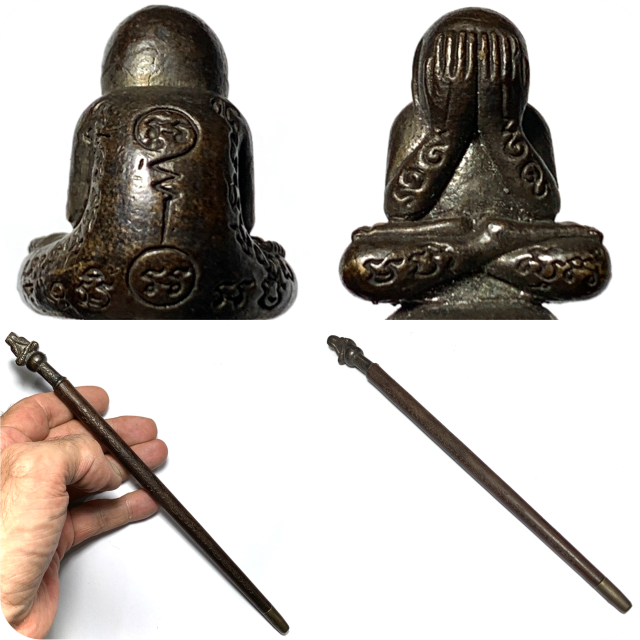