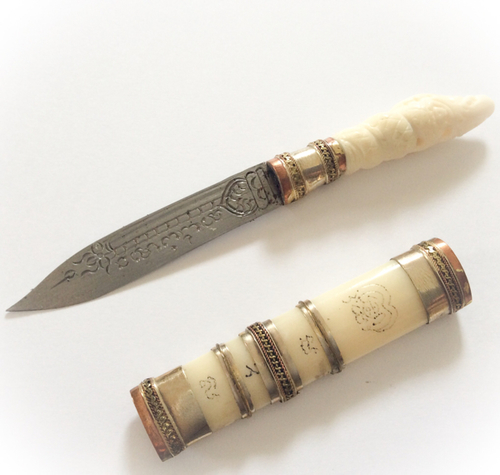 This sacred hand carved bone spirit knife, with an image of the 'Phaya Nak' Naga Underworld Serpent hand tooled into the hilt. It has been made and empowered by the great Luang Por Prohm of Wat Ban Suan, in Pattalung. In addition, Ajarn Spencer kept them during the Wai Kroo and Ritual Boiling of Amulets in Herbal Metta Oils for a final empowerment. 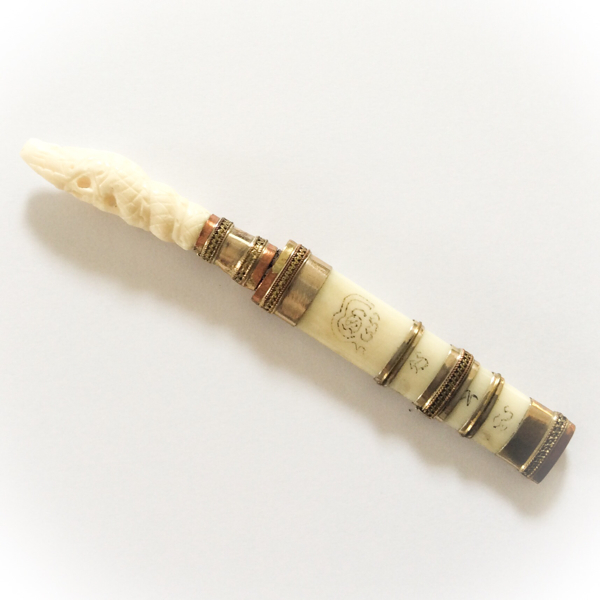 This is one of small numbers of sacred ritual knives, made from bone, sacred metals and powders. The hollow of the hilt is filled with an admixture of sacred powders, securing the tail of the blade into the circular bone handle. 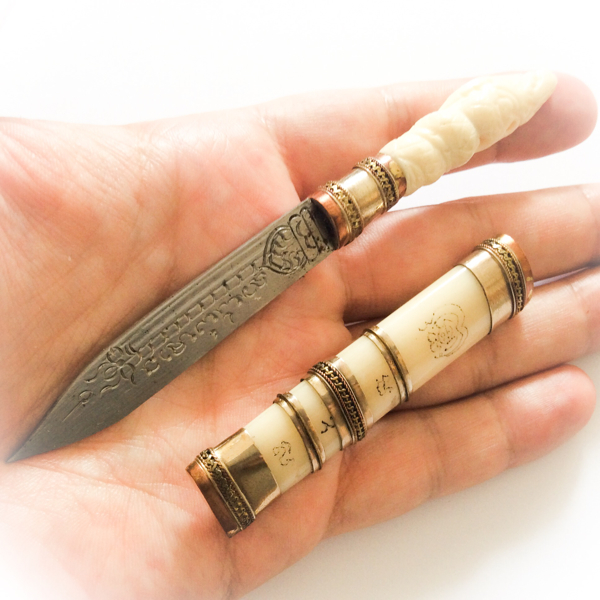 Luang Por Prohm has previously empowered the Mitmor, after inscriptions being made by Laymaster Ajarn Plien (Wat Don Sala). Because the knives are made from bone, the colour of each bone is slightly different, and can range from medium brown, tan or near white. 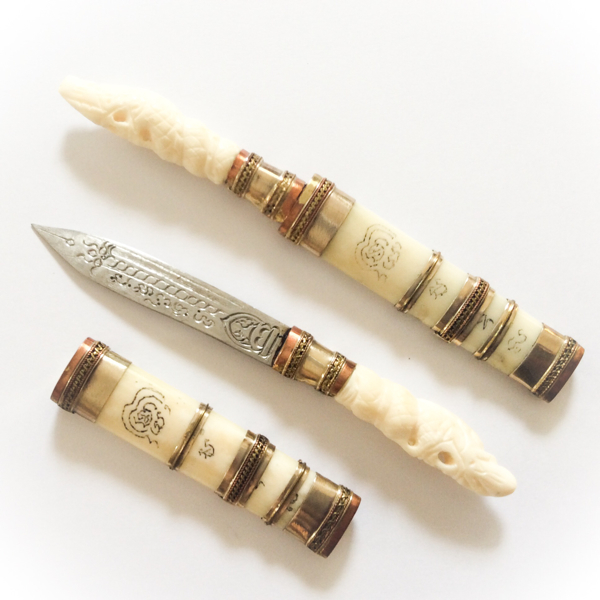 The knife measures 5 inches in the sheath.

There are many ways in which the Mitmor Phaya Nak can be used. For instance, as a ritual instrument it can be used for making holy prayer water. One can then use this consecrated water for treatment of physical ailments (abscess, etc.). The Phaya Nak being a water dwelling deity, those who bear this Mitmor and work or live on the water would benefit from the blessings bestowed by the Naga by possessing these ritual knives. When wandering through the forest, one can draw a magical circle on the ground where one will spend the night. The magical powers of the Phaya Nak will then offer you protection against attacks from various venomous animals, black magic, and harmful ghosts and spirits. 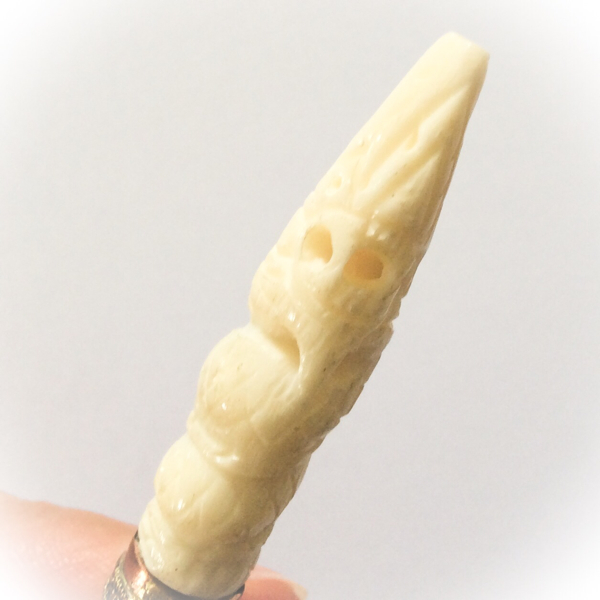