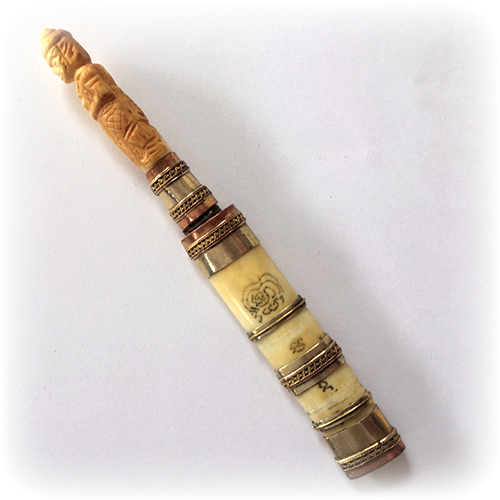 This sacred hand carved elephant bone spirit knife, with an image of the Asura Millionaire King of the northern Quarter of the Jadtu Maha Rachuga Celestial Realm, and one of the four Asura Kings. The image of Taw Waes Suwan (Kubera), is carved into its handle, has been made and empowered by the great Luang Por Prohm of Wat Ban Suan, in Pattalung. In addition, Ajarn Spencer kept them during the Wai Kroo and Ritual Boiling of Amulets in Herbal Metta Oils for a final empowerment.

This is one of small numbers of sacred ritual knives, made from bone, and also sacred wood. The Mitmor have been resting at the Asrom Por Taw Guwen awaiting a further empowerment held on the sixth of March 2557 BE, in Wai Kroo ceremony. You can see some videos documenting ajarn Spencer's ceremony at the bottom of this article.

Taw Waes Suwan Asura Deva is not only a God of Wealthy Businessmen, but also a powerful protection against black magic, and also a protector of Buddhism, and prevents you from cashflow problems. He guards over your previously accumulated wealth and possessions, and increases your social and professional status, and chances of promotion and professional advancement. 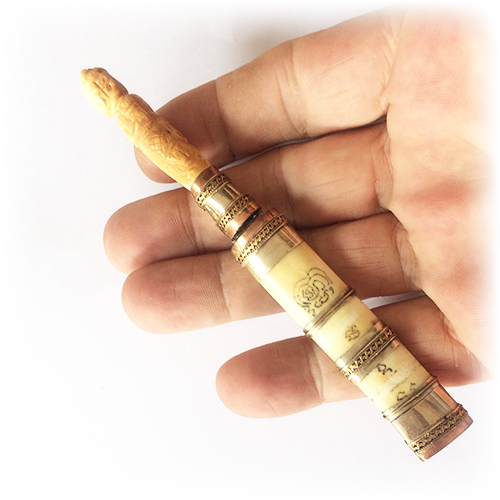 Luang Por Prohm has previously empowered the Mitmor, after inscriptions being made by Laymaster Ajarn Plien (Wat Don Sala). This item will be available and placed in stock, as of 6 March 2557.because the knives are made from bone, the colour of each bone is slightly different, and can range from medium brown Siena, right up to pure white. 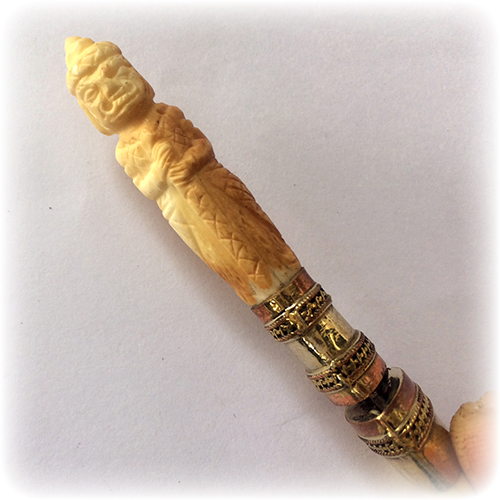 The colour of the item can therefore not differ slightly from the colour tone of the item in the image. They are however all of 30 numbers of this series and is item is unique in itself for his difference in appearance. The quality of the carving and the empowerment that has been performed is identical with each ritual knife. 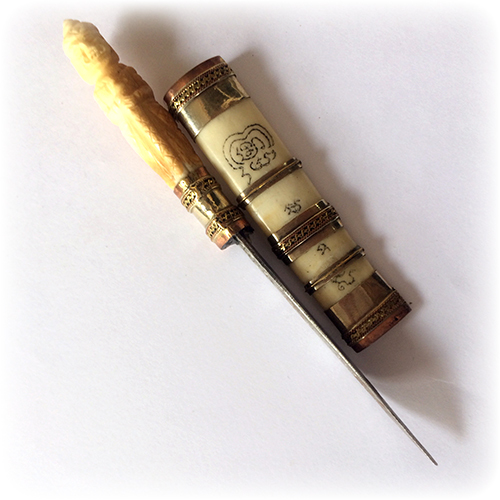 The knife measures five inches in the sheath. They were made with various carved bone, or wooden sheathes and handles, in different forms, including these Ganesha, Por Gae Lersi, and Taw Waes Suwan Asura Deva.

There are a multitude of ways in which the Mitmor Taw Wes Suwan can be used. For instance, as a ritual instrument it can be used for making holy prayer water. One can then use this consecrated water for treatment of physical ailments (abscess, etc.). When wandering through the forest, one can draw a magical circle on the ground where one will spend the night. The magical powers of Taw Wes Suwan will then offer you protection against attacks from various venomous animals, black magic, and harmful ghosts and spirits. 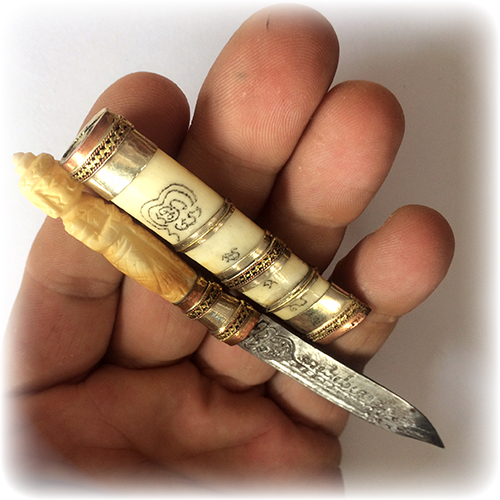 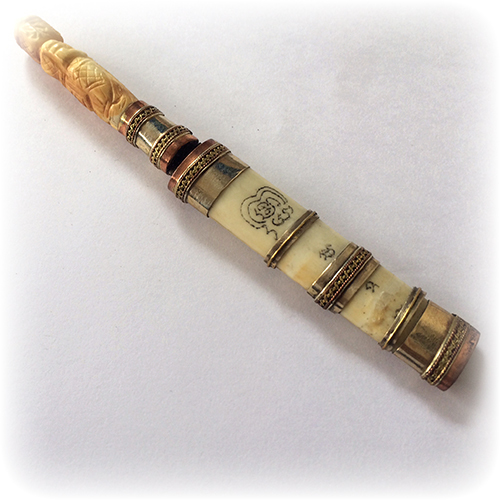 Lord Waes Suwan is an Asura Deva, he is the King of the Northern Jadtu Maha Rachiga Kingdom – Lord of Treasures and Wealth, Protector against Demons, Ghosts and Malefic entities. Taw Waes Suwan should be revered by businessmen and financiers, and anyone who wishes to increase his financial and material wealth.

Also, in times of hardship and poverty, one should revere Taw Waes Suwan, which will enable you to have enough money to pay your bills and the cost of living with without any difficulty. Taw Waes Suwan is Responsible for chasing away and warding off Yaksa, Maras, Ghosts and Demons, and protects from all enemies.

If he guards over you, the Asura and other Monsters will not dare to bother you, for he is indeed their King, Lord and Master and his Kata can bind and control them (The Aadtanatiya Paritta). His crystal club punishes any who dare to risk coming near with thoughts of harm. Taw Waes Suwan is an Accomplished Meritorious Wealthy Lord, whose great successes and efforts resulted in his amazing wealth and power over his minions. This elevated him to a Deva in the Dawadeungsa Heaven.

The main Kata for chanting to Taw Waes Suwan should be chanted Nine Times. Always chant reverence to the Triple Gem before chanting to any other Deities.

The video below lets you hear the full version of Kata Taw Waes Suwan used in the famous ‘Suad Pan Yaks’ Ceremony to summon the Asura Kings, and beg their blessings.