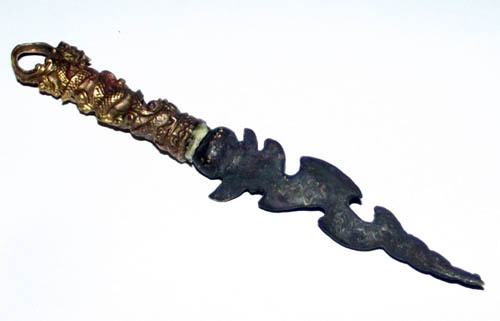 The Mitmor Rit Normo Khao Or Nak Giaw is a ritual dagger with a blade made from iron artifacts. The surface of the blade is inscribed with sacred Khom Agkhara spells. Then, the handle of the mitmor is made from sacred brass, featuring the image of the Naga deity. This mitmor is blessed in a Buddha Abhiseka ceremony performed by Luang Por Prohm of Wat Ban Suan. Besides the Mitmor Rit Normo Khao Or Nak Giaw, various other sacred items were blessed in this ceremony too, including several pieces of lek lai, mai kroo magic wands, and Wua Tanu statues. 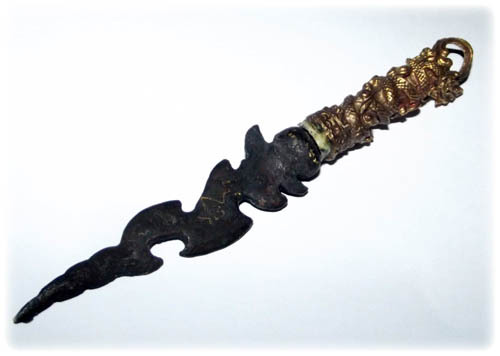 The ritual knife is made according the authentic wicha of the Dtamnak Dtak Sila Khao Or, and thus is endowed with strong powers of protection against various forms of danger, such as evil ghosts and demons, black magic, and dark sorcery. The powerful magic of the Mitmor Rit Normo Khao Or Nak Giaw will instill great fear among the phuudt and phii (phantoms and ghosts), which thus prevents them from harming you. 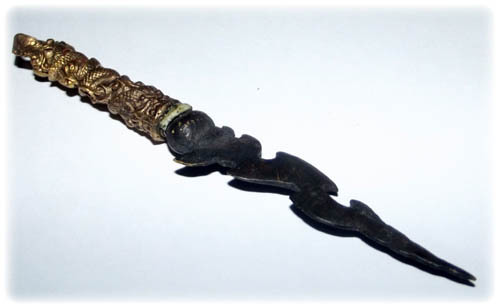 The blade is inscribed with sacred Akom spells that give the mitmor great power to overcome imposed threats of danger. Furthermore, the magic power extends from the knife to its owner, who thereby receives blessings of protection which will keep him or her safe from harm. 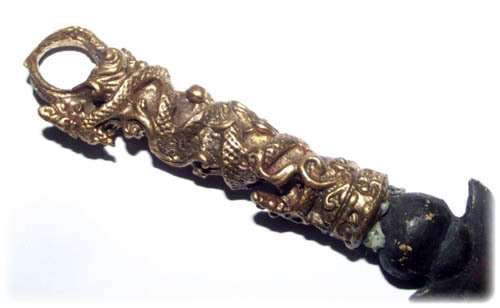 The Naga knife is a ritual instrument, which can be used for bucha purposes, and for bestowing blessings and imbuing sacred items with magic powers. Paya Nak is a guardian of treasures, and as such it is the ruler over wealth and prosperity. Hence, the faithful worshipper performing bucha to the Naga deity will be blessed with abundant wealth and lucky fortunes.

The magic formulas within this ritual dagger consist of the eighty-eight Dhamma Khandas and invocations that call upon the Four Devas of Cosmic Weaponry ('Taep Sastrawut') to keep evil beings away. Besides the invocations of the Naga deity, the kata Hnun Taat See and the kata Agarn Sam Sip Song were also chanted during the empowerment session performed by Luang Por Prohm. 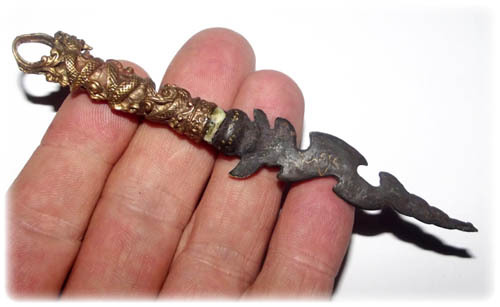 The Mitmor Rit Normo Khao Or Nak Giaw is thus a most powerful tool for ritual use, such as the making of holy prayer water to empower sacred objects with. Also, the mitmor can be used for sacred spell inscriptions on specific parts of the human body to invoke magical powers, or to perform excorcisms. 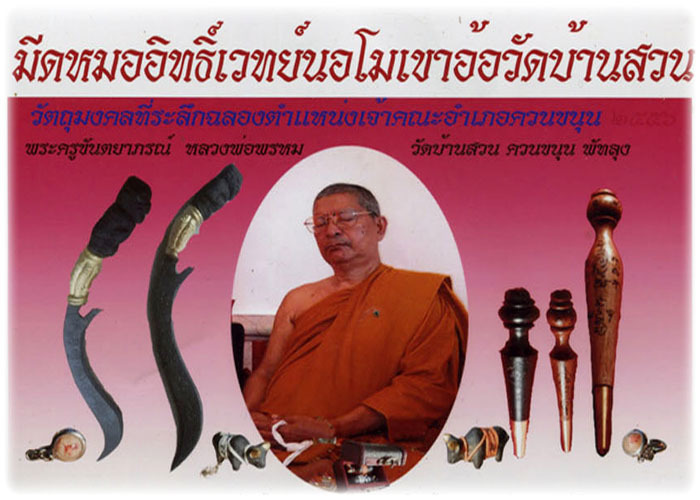